None in Chicago Dare Call It Treason 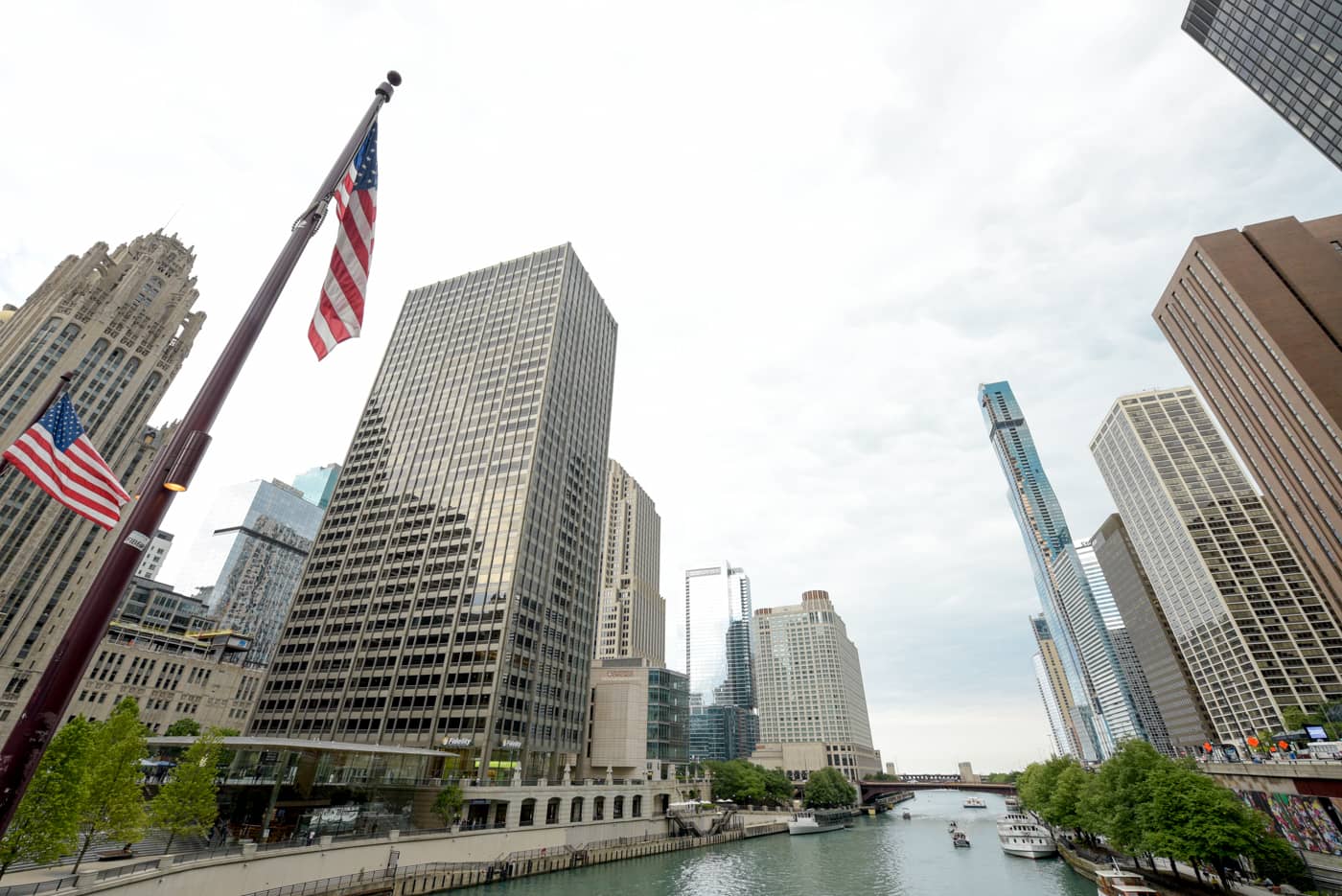 Despite slaughter of the innocent, Chicago’s unified progressives hold the party line‍

As this summer began, every indicator signaled the bloodbath now unfolding in Chicago was inevitable.

No one honestly willing to see the willful dismantling of the police department through policy, legislation, coordinated media attacks and a politized federal justice department could doubt that the daily murder tolls were going to skyrocket. Like the collapse of Afghanistan, many are just shocked at how swiftly and murderously it has taken shape, complete with weekly accounts about children sacrificed to a city that protects the public only in a cheap rhetoric no one truly believes.

Such rhetoric can no longer be defended when addressing the children shot to death, tourists bludgeoned, roving bands of youth terrorizing the city in search of cars to steal or homes to rob, and more than 37 offenders accused of killing, attempting to kill, or shooting someone in Chicago this year while released on felony bond. All of this culminated with the horrific murder of Officer Ella French, the shooting of her partner in the head, and the near murder of their third partner, who courageously confronted the shooter.

Should Chicagoans who love the city be surprised, then, that police officers would be gunned down by a human maggot who should have been in prison to begin with? Is it any surprise that the mayor, a primary architect of this progressive nightmare, can’t even say Officer French’s name correctly? Across the country, and Chicago in particular, the police are under siege from gang members empowered by legislation, corrupt or inept prosecutors, and policies making police the enemy. In such a storm, the shooting of French and her partner was a looming possibility on Chicago’s horizon, and, with much of the summer still to unfold, the threat remains.

The killings, shootings, carjackings, and rampant theft are the manifestation of dark fact about Chicago: All Chicago’s institutions are now in perfect alignment with the progressive agenda, unwilling to tolerate dissent and all too eager to place their droning, witless ideology on any dark reality, in defiance of human decency. In this regard, Chicago has become a cancer, not only as the incubator of a larger revolutionary force in the country, but also a simple warning of what happens to a republic that willfully sacrifices a two-party system for one.

Only in a one-party system could such a violent, crime ridden city respond to the violent crime in Chicago by relentlessly pushing for “police reform” and continue to push it in the wake of Chicago’s summer of hell culminating in the murder of Officer French and the wounding of her partner. Indeed, this summer is a clear refutation of every lie that comprises the reform movement, a movement proving itself nothing more than a disguised attack on the criminal justice system.

Consider the consent decree imposed upon Chicago on the falsehood that officers are systemically violating the constitutional rights of minorities. The minion attorneys and law firms of this consent decree that will reap hundreds of millions of dollars from taxpayers are given wide power over the police department have done nothing, absolutely nothing, to protect the most vulnerable residents of Chicago.  They have placed the police in a dire predicament, refusing to confront the real agents of harm in the city, like Cook County State’s Attorney Kim Foxx, whose relationship to the Constitution more and more resembles little more than contempt. The fact that a local media outlet, perhaps the only one, CWB, has reported time and again that Cook County State’s Attorney Kimberly Foxx has released dangerous offender after dangerous offender never quite seems to grab the attention of those entrusted to oversee the consent decree. The reason is obvious enough: Because Foxx is a fellow progressive, Foxx is free from scrutiny, investigation, and accountability. Instead, the consent decree tyrants initiate endless investigations against police, who were attacked during the Columbus statute by a violent mob armed with spears, bricks and other projectiles. Few offenders, if any, were prosecuted, but henchman (and women) who administer the consent decree are currently investigating police for allegedly using excessive force. And the officers who were injured? Ho hum. Wasn’t that a prelude to the murder of Officer French? Don’t the highly credentialed experts now guiding police policy understand that crime comes in waves, each wave a warning of a larger one coming?

Do they have the decency to question whether their failure to protect the police is bolstering violent criminals and has provided the soil for the chaos in Chicago now, including the attacks on police officers?

Too bad the consent decree talking heads can’t find it within their scope to walk from their swanky offices in the Willis Tower over to the federal court building, where they would observe one case after another attacking lawsuits from once convicted murderers and rapists now seeking to become multimillionaires. If the consent decree monitors did visit court, they could observe the attorneys representing the City of Chicago crying out that some of the exonerations, given life by Foxx shortly after she slithered into office, have been bogus from the get go.

For all their blather about justice, such a short walk to the courts by the consent decree bureaucrats will never take place. No, it will be cold day in progressive hell when the consent decree lapdogs call out Foxx, whose office is crying out for an investigation from the very federal justice system that sprang their bogus mandate to undermine law and order in Chicago.  Convicted killers back in society, filing lawsuits that could make them rich? The consent decree administrators clearly don’t want to hear about it.

So it goes throughout the city and state’s institutions. Why would these consent decree bureaucrats robbing the public trough in the name of social justice? Why would Mayor Lightfoot, or anyone of a number of alderman on the Committee on Public Safety, or even the most pathetic governor in the nation bother with a top prosecutor whose rhetoric, tactics, and allies harken back to the revolutionary days of the Black Panthers and the Weather Underground? Why would a prosecutor whose campaign was funded by a radical philanthropist George Soros, why would they be compelled to truthfully address the bloodshed in Chicago and the danger Chicago police officers now find themselves in?

Foxx is a fellow progressive, and progressives protect each other with a code of silence that would impress the most hardcore prison inmates. So rather than call Foxx out for evidence of misconduct far surpassing that of most officers under attack by the unelected bureaucrats at the Chicago police board, Foxx is not only given a free pass, she is protected by the phalanx of elected officials and operators whose hierarchy of values seems to place their progressive allegiance over the mundane slaughter of innocents.

Aside from the officers who risk their lives, the central theme in Chicago is now the absence of duty. The worst and most consistent violators are Chicago’s monolith media.

Whenever the media jackals train some hardworking police officer in their crosshairs, they dutifully scrounge up every complaint ever made against the officer by some gang member with 50 arrests. Media then quotes some has-been alderman who built his or her career on the easy process of vilifying the police than representing and protecting their constituents. The allegations are often little more than cheap fiction.

Such a refrain was not absent in the media’s reporting on officer French’s murder. Obediently, the media brought up the fact that French was part of a police unit that served a warrant on the wrong household, barging in Anjanette Young, who was unclothed at the time. This is a fact media could not refrain from broadcasting at least until French was buried under the full colors and ceremony she so richly deserves.

A fraudulent police misconduct narrative given life only from the chronic repeating by fellow media drones, the warrant story is and always has been a baseless narrative. It is merely an example of how the indolent, duplicitous Chicago media no longer even pretends to find stories with grounded in reality. Now, they just invent stories. To this day, neither the nodding heads of the media zombies nor the elected officials who passed new rules limiting the ability of police to serve warrants in the wake of this media created storm have explained what the officers, in fact, did wrong. What violations to policy or law occurred? No city in the country scores 100 percent on their warrants. The truth, always unwelcome to Chicago, is that the officers working that night got the wrong address. Otherwise, they were fulfilling their mandate to search out the worst criminals in the city through the effective strategy of serving search warrants, a strategy that helps keep monsters off the street like the ones who murdered Officer French.

The deceit was even more powerful. One of the sycophant journalists ran to the woman who was naked and barged in on by the police. They quoted the woman as saying Officer French was one of the few who treated the woman respectfully. Unfortunately, even the video shows how false this was. The sergeant on scene is clearly heard telling French to get a covering for the woman and clearly apologetic for the mishap.

For the media, it’s a huge so what. For more than forty years the Chicago media has been on the vanguard of trumping up false stories of police misconduct, giving heart to the most hardened killers that they too can find themselves freed from prison under some ginned up legal theory of innocence. No institution has weakened the police and left them more vulnerable to roaming gangs in the city than the media.

Now is an important time to look back and see how the Chicago media has covered other police shootings. Jackie Wilson was once convicted for his role in the murder of two police officers during a 1982 traffic stop. Aided by a collection of media parasites and a circus created in the courtroom of Judge Hooks, Wilson is now walking free and has a lawsuit for millions pending in the federal courts. On the list of defendants is a of virtual who’s who of elected officials, attorneys, and police.

Would anyone not intoxicated on the utopian fantasies of contemporary progressivism not see that the media frenzy accompanying Wilson’s claims was the driving force that got him out to begin with, that the media acts as nothing more than his personal public relations outlet? Far from anything resembling justice, Wilson’s release signified the ruin of the Cook County justice system, one that manifestly shows the city is quite possibly beyond hope.

In another police shooting, Governor Pat Quinn released a man from prison convicted of shooting three police officers during a traffic stop in 2005 and sentenced to 40 years in prison, a nine-year legal saga in which the officers were accused of every bizarre, racist accusation that could be leveled by the supporters of the shooter. In one of the most ominous signs of how the progressive movement has infiltrated the political system, Quinn simply let the man walk free with no new evidence of innocence. Quinn was protected by the media, which refused to address one of the greatest violations by a governor in the history of the office.

As it is now, Chicago serves the nation in only one way: It shows clearly the dark heart of the progressive movement, the inability of this movement to govern on any level, its essentially corruption and the future of this country unless good people stand up.

That’s the least that can be done for Officer Ella French and her partner.