On Chicago: And There it Goes 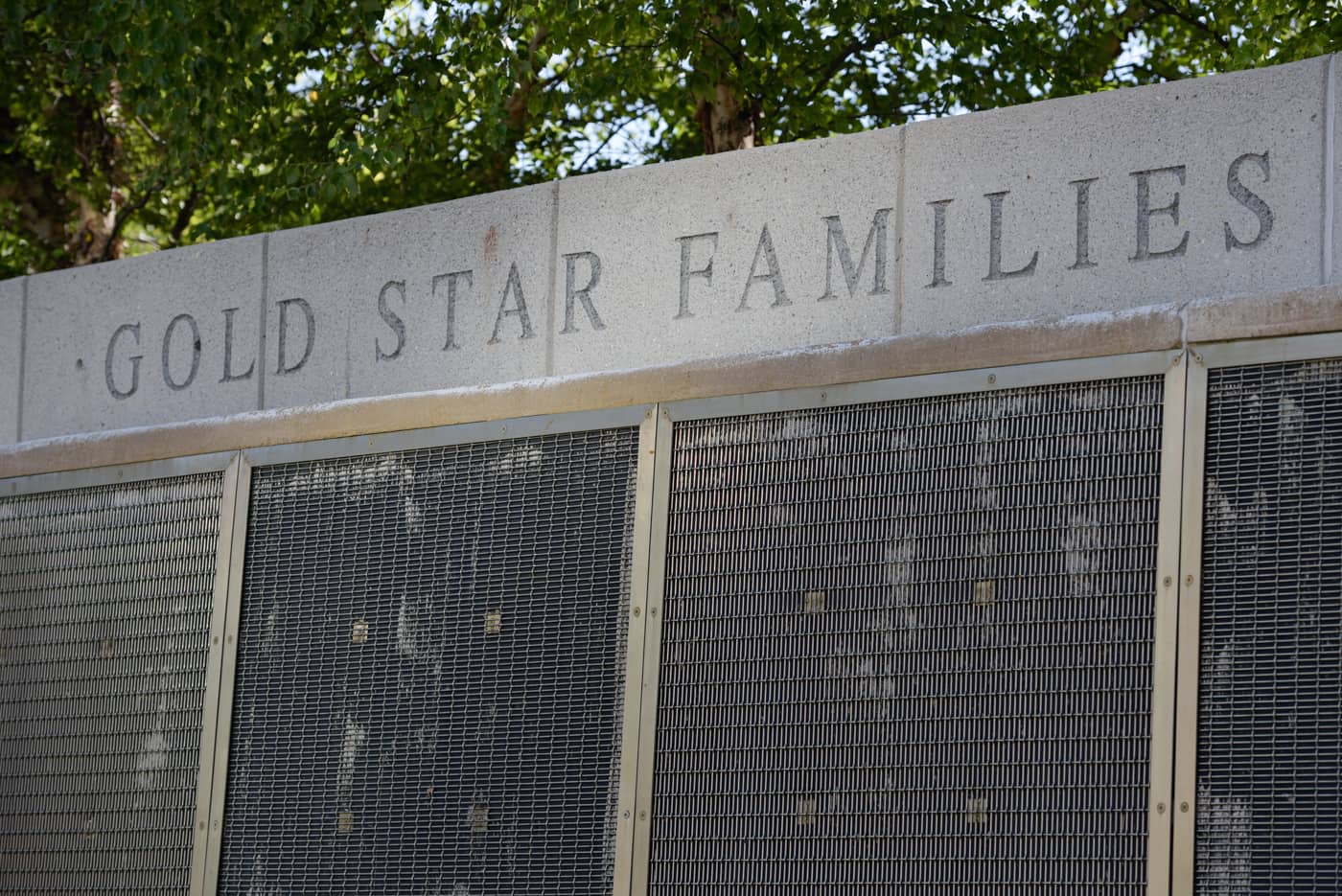 Chicago police officers are all alone

If it wasn't obvious before, it should be now. The political structure, combined with the "merit" system, has finally produced what is (likely) the ultimate nadir of morale. The wholesale abandonment of the rank-and-file is laid bare for all to see.

The events began Saturday night with the murder of Officer Ella French during a traffic stop for expired plates. Officer French was exactly what the Department is trying to re-invent itself as – young, fresh faced, and polite – the adjectives will be tossed around over the next few days, and not without good cause. Before she was murdered, Officer French was a hero:

We have no idea if the award was administered or if it is still in the pipeline. If it remains in the approval process, no doubt it will be rushed through and awarded to the family shortly.

But now, the incompetency of the exempt and political structures is obvious to all but the most willfully ignorant.

To start with, the person in charge of the most solemn and sacred of traditions, revealed his outright disdain for the men and women of the Department in the most disgusting display of ignorance we have ever had the misfortune to witness:

"Ignoring a sacred ritual, Carter impatiently declared: “We don’t have 20 minutes for this s---.” He demanded the Chicago Fire Department ambulance bearing French’s body be taken directly into the medical examiner’s office, skipping the Emerald Society’s traditional playing of bagpipes."

"We’re not waiting on the bagpipes. Go ahead and get the vehicle inside,” Carter is heard saying on a recording. “Take it all the way inside. Do not stop.”

Within minutes of this story breaking across social media, a certain lieutenant was seen all over Fakebook, saying that this was a lie, that people were out to get the First Deputy, that this criticism was racial in nature....

Except.....the radio tapes showed it was 100-percent accurate and Carter was pretty much being EXACTLY the type of ignorant "merit" pick he was – not surprising to anyone who has had to work with him. We knew it years ago.

And the lieutenant defending Carter all over social media? Her married name also happens to be Carter, and she was a "merit" pick not too long ago, too. Saadia Carter. Imagine that.

Officers fought back the only way they could and the only way that allowed them to keep their jobs: They turned their backs on Lightfoot when she ill-advisedly showed up at the hospital for a photo-op. The father of the maimed Officer certainly gave the mayor a piece of his mind, ripping her up one side and down the other, and when she tried to save face by approaching those who couldn't say what this retired CPD Officer did, they turned away and ignored her, the way you ignore any other troublesome petulant child.

Hopefully, this becomes the norm over the remainder of her "administration."

It didn't get any better the next few days.

After listening to Superintendent Brown refer to the deceased Officer as "Ella Fitzgerald" numerous times, we had to endure the media releases from numerous politicians, many of whom talk and vote anti-police from one side of their mouths, while they claim to mourn our deceased sister.

Lindsey LaPointe was the right-hand of disgraced ex-aldercreature John Arena, helping to out numerous off-duty city workers who dared to oppose a housing monstrosity in already crowded Jefferson Park. If we aren't mistaken, she was the complaining witness on upwards of THIRTY Complaint Logs against OFF-DUTY cops and firefighters for exercising their Rights as citizens and voters. And don't even get us started on her sponsor, Bob Martwick, who tells cop neighborhoods one thing, then votes to destroy those he supposedly represents in the name of "progressive-ism."

Even Senator Dick Durbin belatedly points out that straw purchasers are evil evil bastards, who visit hundreds-of-times the carnage on the West and South sides of Chicago than CPD ever justifiably did with this load of codswallop:

"In a Senate floor speech Tuesday, Sen. Dick Durbin, D-Ill., said the murder of Chicago Police Officer Ella French — with a weapon bought in Indiana — adds urgency for Congress to increase the punishment of so-called straw purchasers and make it more than a “paperwork” crime."

"And in a letter to Attorney General Merrick Garland on Tuesday, Durbin wrote about the need to “address firearms trafficking into the Chicagoland region, particularly from northwest Indiana. Officer French’s murder has highlighted the urgency of this task."

It was barely a week ago we pointed out that a recent eight-month sentence for a straw purchaser was no deterrent to crime here at Contrarian. Good of Dick to catch up to what the observant already knew.

Then another hit, this time from a frequent target of our ire. Old timers will remember a time when everyone – EVERYONE – in the car got charged with murder in the case of a drive-by. That didn't happen here and Foxx released the third occupant of the murder vehicle, in contravention of existing Illinois Law. It's still on the books, hasn't been revoked, but the female accomplice walked free. Beyond belief is the term that springs to mind.

And the final hit, the proverbial nail to the heart of morale, was the preliminary hearing at 26th and California just the other day. Looking around the courtroom, four – repeat FOUR – aldermen were present for the hearing, a number of Officers, on-and-off duty. Guess how many CPD exempts showed up?

Not a single one. No superintendent, no first deputy, no chief or deputy chiefs of patrol or detective divisions, no commanders. The FOP was there and a couple of them posted their disgust to the membership, but to have Officer French treated like this in death just shows how little the hierarchy political and CPD – thinks of each and every one of us in life.

Turning our backs to the mayor ought to be instantaneous and automatic now. Calls for Carter to resign need to be loud and clear, along with the Texas carpetbagger. The trouble here is that no one, not a single exempt, has proven themselves worthy (or deserving) of our trust and respect now that they can't be bothered to make a simple appearance for a murdered cop.

Precedent, however, always begets precedent. And today, several bad ones yielded yet another. This was released Wednesday by the mayor's people:

However, the Cook County Medical Examiner wasn't about to take this hot potato and they dished it beautifully back in Lightfoot's lap:

So Lightfoot is now a proven bald-faced liar, trying to save Carter's miserable reputation. The audio doesn't lie – Carter was disrespectful and ignorant of decades of tradition and is correctly taking it in the shorts. Lightfoot is attempting to deflect and ends up looking as big an ignoramus as Carter.

Did the mayor forget who she ran against in the last election?

And did she forget what's on the door of the morgue?

Lightfoot doesn't run Cook County. Heck, the only two things she's running are (A) her ignorant mouth; and (B) Chicago into the ground. Preckwinkle doesn't owe Lori the time of day and for all her faults, Toni has survived a couple decades in city and Cook County politics. This was a figurative and literal lay-up for Toni to dunk on the feckless mayor, and Toni's Machine nailed it.

This wasn't just a bad lie, it was a STUPID lie, easily exposed and it shows Lightfoot shouldn't be running a major metropolitan city. The mayor really thought someone wasn't going to call the ME's office, knowing there are years worth of file footage of the pipes, drums, CFD ladder companies flying the flag....and this is the first Line of Duty death since COVID? Is Lightfoot that dumb? Are the mayor's people advising her that badly?

Time for her to step aside, too.