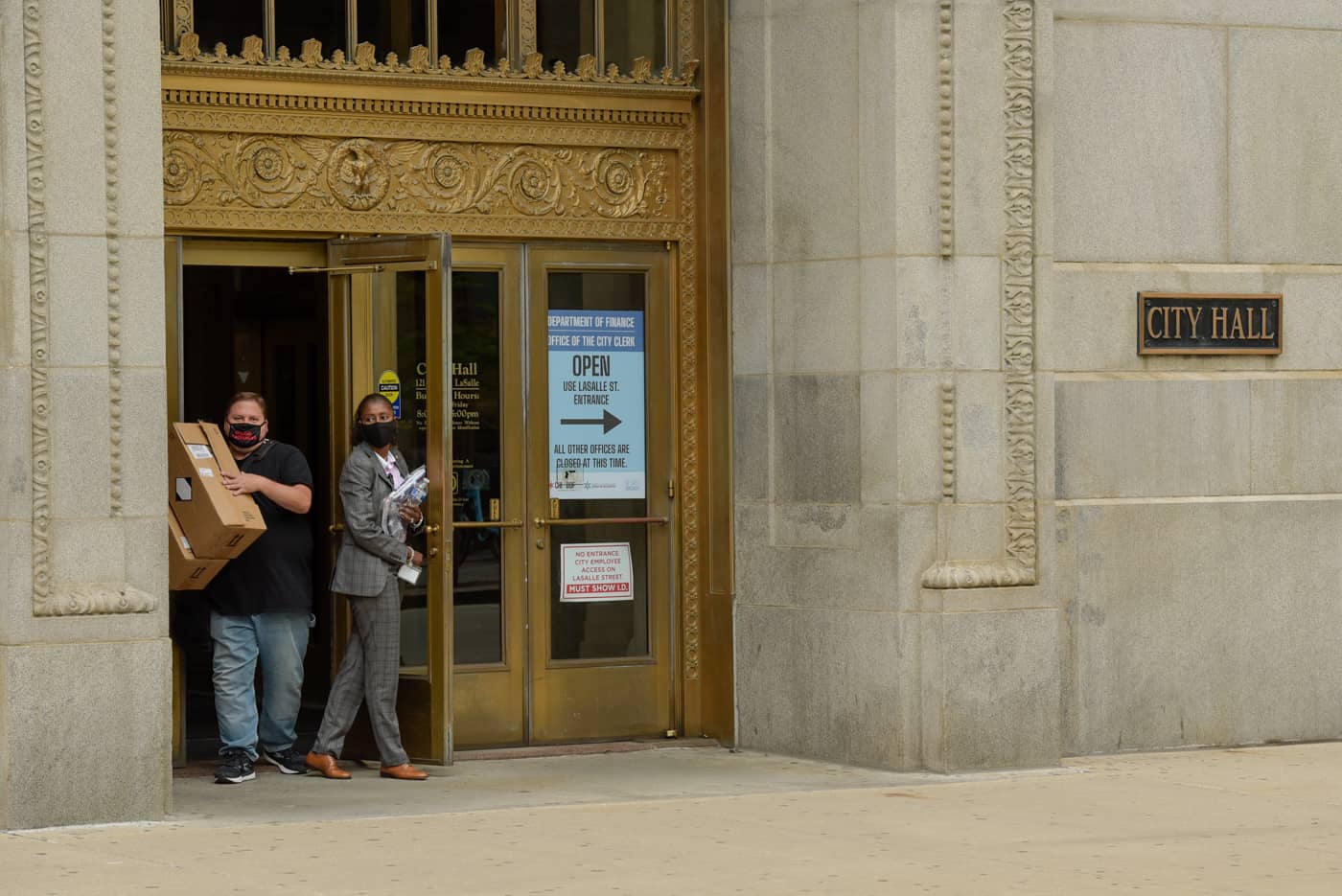 We've been busy lately. All sorts of stuff going on. With all of the information suppression going on, we find ourselves with more free time than usual.

What information suppression? Well, without giving away too much from our alternative media friends, it seems that our recent piece welcoming John Kass to the fight regarding lack of reporting the politics of crime issues was stifled quite heavily on social media. To wit, one of our friends reported traffic was down on their social media account by an astonishing 66 percent when they linked our Contrarian article.

As we understand it, sites link to each other on their pages — articles they think their readers might be interested in. Viewers can click over and read the article from the point of origin and a symbiotic relationship is created. Eyeballs and referrals generate "clicks" and the larger the "clicks," the more readers can go back and forth. Big Tech being what it is, the media companies can send more viewers to sites based on referrals.... and they can also blacklist sites, authors, information — we're talking thousands of eyeballs shut out from viewing the article without some searching. Oh, it's still out there somewhere, but unless you do some digging around you aren't going to see it as it isn't getting front page play.

Amusingly, the site traffic jumped up to normal levels after our post was driven down a few notches — we weren't "censored" per se, but we were denied a fair shot at eyeballs. No big deal to us — we never made a dime from the blog and we aren't receiving financial compensation for writing here. We're just keeping our hand in the game in case something opens up in the future and assisting a site that we believe in here. Plus, we're told it makes certain political animals and Department members uncomfortable, so there's that.

Anyway, on to some thoughts we've had lately.

Does anyone want to explain this to us? And why isn't it a national issue?

We're just guessing here, but the complete abandonment of the Rule of Law and Order combined with the steady drumbeat of "Defund the Police" might have had some impact on these numbers? It seems to have been blue states and blue cities, run by blue mayors that led the descent into madness. It might also explain the push to "Refund" the police in many of these Democrat-run Hell holes ahead of the 2022 mid-terms.

Speaking of crime, at the time of this writing, two Simeon high school students, both 15, were gunned down in separate incidents this week. Searching the articles online from WBBM, WMAQ and WLS, all sorts of quotes from students and parents, but not a single quote from Mayor Lightfoot, Kim Foxx or Toni Preckwinkle. Just a few months ago, you couldn't turn on a TV, radio or computer without seeing Lightfoot hyperventilating about guns and police chases when an Officer justifiably shot an armed teenager who was launching bullets at passing cars in Little Village.

It's almost like there's a political component in play here. Maybe they'll comment later if they can find a way to blame the police or the gun.

Speaking of guns, the Tribune's favorite outrage manufacturers, Jeremy Gorner, Annie Sweeney, and Rosemary Sobol have a piece up following the "trail" of stolen firearms and the path of destruction written in blood on Chicago's streets:

"With the solid crack of a crowbar, the hooded burglar sent the showcase glass showering onto the gun shop’s floor and quickly swept several pistols into his shoulder bag."

"Among the cache that New Year’s morning at a northern Wisconsin gun shop was a lightweight 9mm handgun with a black polymer grip, a black steel slide and a 4½ inch barrel."

"On one side was the stamp of the handgun’s unique serial number: YZC020. On the other, the logo of one of the most profitable and ubiquitous firearms companies in the world: Glock."

"The Austrian handgun, a model 17, had been imported to the company’s Smyrna, Georgia, plant and then shipped to the gun shop, where it was to be sold for as much as $400."

"It took all of about 20 seconds for the handgun and eight others to slip from the secure display case of a federally licensed firearms dealer and into the underground gun market."‍

Part 2 of the article is here, but it might be behind the paywall.

The article is a mastery of half-truths and obfuscation, citing statistics and politically connected brass, all to hide the following:

The point a thinking person might (should) take away from this is: "If bad people don't follow the laws as written, why are politicians passing laws they know won't be followed? Are they trying to criminalize gun owners who, by-and-large, follow laws meticulously?" That answer would be "Yes."

If you steal a gun, you aren't going through a background check. If you shoot someone — whether or not you hit them — you are breaking numerous laws. If you give the gun to someone else after shooting your rivals, you aren't submitting the proper paperwork to any government agency. So more laws probably aren't going to deter you. It's political theater to blame an inanimate object for the (A) societal collapse of a certain demographic and (B) the political failure to hold law breakers accountable for their crimes. We need only cite the CWB blog for repeat offenders committing crimes while out on bail and the ridiculously minuscule sentences handed out to actual gun-runners/straw purchasers here and elsewhere. It's a joke and needs to be investigated by a couple of real journalists.

The coming clash over science and civil liberties

And finally, we're about to witness a showdown of sorts.

Lightfoot is using every inch of her diminishing political stature to slap the police around one more time:

"Mayor Lori Lightfoot said Wednesday her Oct. 15 deadline for all city employees to get the coronavirus vaccine is hard and fast and she’s not moving it just because police unions are dead-set against the mandate."

"The deadline is not gonna be pushed back. I can tell you that with 100% certainty," the mayor said.

"October 15 is the deadline. ... All through the pandemic, I heard from union after union about the concerns of their members. … The only way we can actually make good on the promise of making the workplace safe is by getting people vaccinated."‍

So much for the "party of science." Not a word about "acquired immunity." You know, the one that conveys anywhere from six-to-twenty-times the immunity of the vaccines, vaccines that are shown to be losing efficacy on a daily basis (down to 66-percent effective in many cases — look it up.)

Remember, Lightfoot AGREED that this was a collective bargaining issue with all of the unions. She AGREED. That is not in question. But here Lightfoot is claiming she's going to force a foreign substance into human beings or else....well, we'll see. She can't hire enough cops to do the job, now she's going to send hundreds home?

We aren't anti-vax, and we'd appreciate if you don't try to label Contrarian as the home of some anti-science wackos intent on blah blah blah. This is merely SCC writing. We're smart people. We know smart people. We work with a lot of smart people. And if you're reading Contrarian, we're pretty sure you're smart and willing to see beyond the political games being played on a daily basis. We are all about personal choices....something we recall reading a lot about recently....Texas, wasn't it?

Yes people have died from COVID — and most had comorbidities that contributed to their deaths.

Yes, people have died from adverse reactions to the vaccines — people died from polio and smallpox vaccines, too.

And COVID, after almost two years to "flatten the curve," has a recovery rate of over 98 percent.

Everything else is political games:

We'll let you know how hard the Big Tech overlords stomp on this article because we dare to stand for personal freedom.