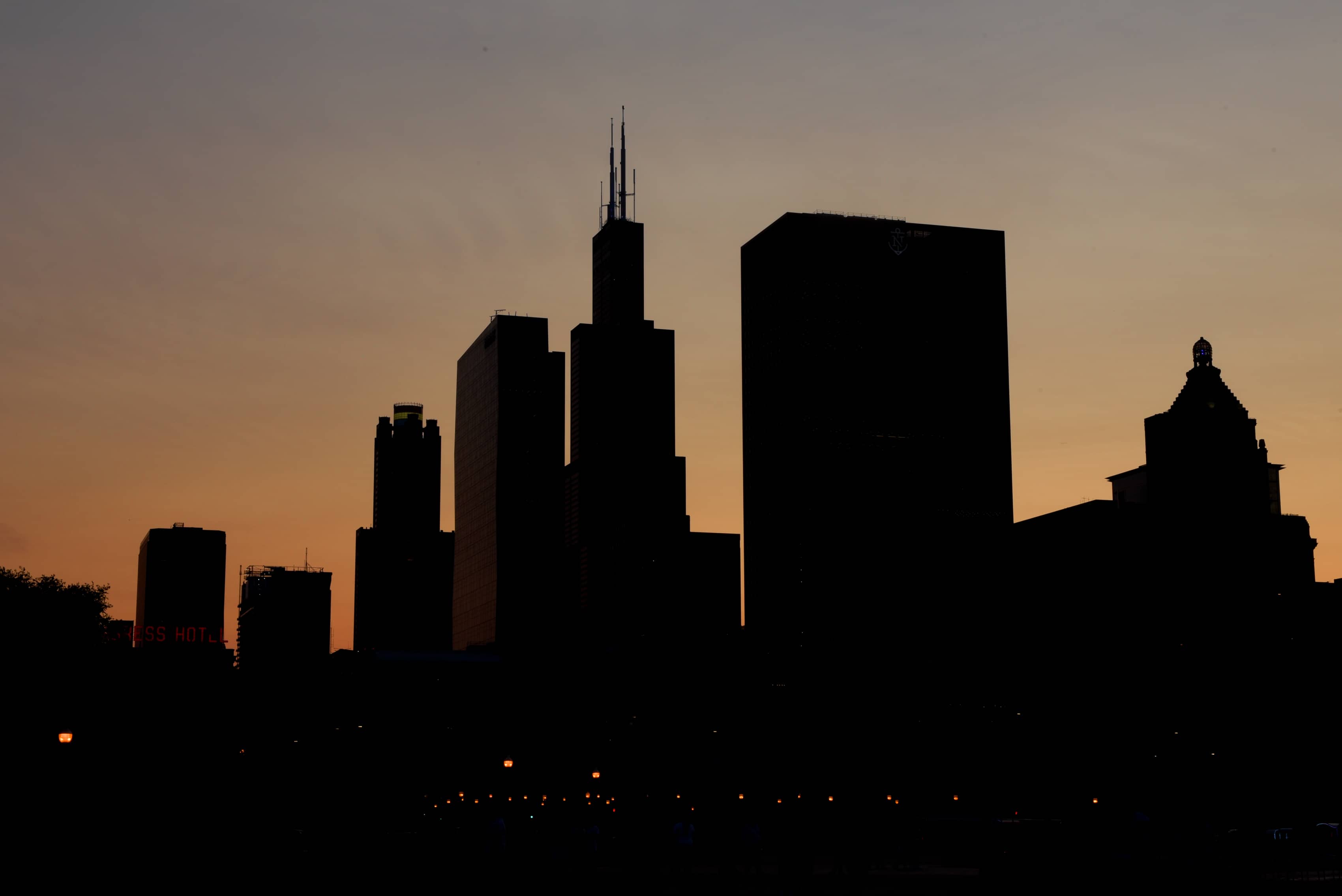 Was it something I said?

Well, the excrement has finally hit the fan — long overdue and just as spectacular as we all thought it would be. We've been predicting it for years now, proving once again a group of coppers with a decent knowledge of Chicago history can outthink political actors and media talking heads 24/7/365.

Where to begin? How about those Bears? We warned, predicted, and pointed out for years, that based upon their previous attempt in the 1970's to move the team to :::drum roll::: Arlington Heights, the Bears would eventually tire of renting the smallest (and ugliest) stadium in the NFL with it's atrocious sightlines, poor amenities, zero naming-rights, revenue-generating ability — the list goes on — and finally pack up and move. The fact that they might have to pay a "penalty" amounting to a few tens-of-millions to break their lease is a mere pittance for a franchise expected to increase in value from $3 billion (with a B) to $5 billion upon completion of the move.

There was a movie like this a few years back? Field a team of such moronic incompetence that fans would desert in droves, driving down attendance and value, triggering an "escape clause" so the greedy owner could move from Cleveland to Florida. It seems Bears fans deserted in droves all right — they moved to the suburbs years before Virginia McCaskey figured it out. At least their commute will be shorter by the end of the decade.

The pieces started falling together in what seemed like short order:

You know what sealed the deal for us? We were en route to our secret North Woods hideaway and we noticed a massive building going up off of I-294. We mean it was HUGE. So we did a little research. You know Abt Electronics? They're building an extra half-million square feet of store, warehouse and docks.

What did Abt know that someone else didn't?

Add in the maintenance and repair work and updating for all of these brand new devices....

Someone has been very forward thinking here. Many "someones" we'd guess.

And Lightfoot (a season ticket holder) is left crying because no one from the Bears will talk to her. Bad news Lori — the Bears have probably done their talking already, and you don't have anything to offer them that they haven't already gotten from other places. The lakefront, long the crown jewel of Chicago, is now the playground for criminals. It was a long time coming, but you'll wear the blame for this one forever.

Billionaire Ken Griffin, Illinois' richest citizen, is thinking it's time to leave Chicago, too. Though for Griffin, it's more a matter of incorporating somewhere else and spending time at a different address. But Griffin had the audacity to actually blame :::drum roll::: crime! As if crime wasn't going down, down, down as Lightfoot and Superintendent Brown told us just a week or so ago.

“It’s becoming ever more difficult to have this as our global headquarters, a city which has so much violence,” Griffin said. “I mean Chicago is like Afghanistan, on a good day, and that’s a problem.”

We just heard Griffin is thinking of moving Citadel headquarters to Kabul, just to make a point.

Fellow billionaire governor J.B. Pritzker — who isn't making a big deal of the Bears leaving Chicago (probably hoping that his relative's hotel chain will land another outlet in Arlington Heights) — took some whacks at Griffin. Pritzker is no doubt still ticked off about his "graduated tax" proposal failing and Griffin's role in it all.

And finally, the Foxx (Preckwinkle machine) vs. Lightfoot fight comes to a boil, and we can't stop laughing.

First, Lori is all "GRRRRRR" angry at Foxx:‍

"Mayor Lori Lightfoot and a group of City Council members urged Cook County State’s Attorney Kim Foxx Monday to reconsider prosecuting five suspects in a deadly gang-related shootout last week in Austin after they were released when prosecutors rejected charges against them.

"[...] The state’s attorney’s office, however, declined to charge any of them, calling the evidence insufficient. A police report further noted that prosecutors told investigators charges were rejected because the shootout involved “mutual combatants.”

And Foxx is all "shocked" that she'd be criticized by another female black Democrat:

"Facing heavy criticism after her office rejected charges against five suspects in a deadly shootout in Austin, Cook County State’s Attorney Kim Foxx on Tuesday slammed Mayor Lori Lightfoot for raising alarms about the case and said the mayor had her facts wrong."

As of this writing, Lori has gone and dragged the U.S. Attorney into it, potentially embarrassing Foxx again, not unlike the Juicy Smollett incident where Foxx is shown not to know the law.
‍
We aren't privy to all the facts either, but the facts we do know is that a lot of guns were fired, someone died, there's tons of video, and Foxx is once again refusing to do the job she was supposedly elected to do. "Mutual Combatants" isn't a blessing to settle gang conflicts in the streets. That's almost as stupid as Rahm's "Take it to the alley" advice. As far as we know, it's still illegal to turn Chicago boulevards into the O.K. Corral.

And we hate to be a broken record, but this situation is the EXACT reason the Felony Murder Rule was put into place: If a shooter in the car kills someone, then everyone in the car killed him. Yes, we know Foxx ran on a platform that included refusing to enforce this statute that was passed by the state legislature. For this reason alone, Foxx should be removed from office for incompetence, but there doesn't seem to be any political will to hold a member of your own party responsible, and voters are — quite frankly — too dumb and distracted by silly blather. Foxx's failures will continue to be measured in dead bodies.

It's amusing to see Lightfoot waking up to the fact that she wasn't supposed to win and that Preckwinkle is going to pull out all the stops to squash her in another few years.

Maybe Rahm can get Lightfoot a job. Ambassador to Afghanistan might be a step up.