On Chicago: Lightfoot the Dictator 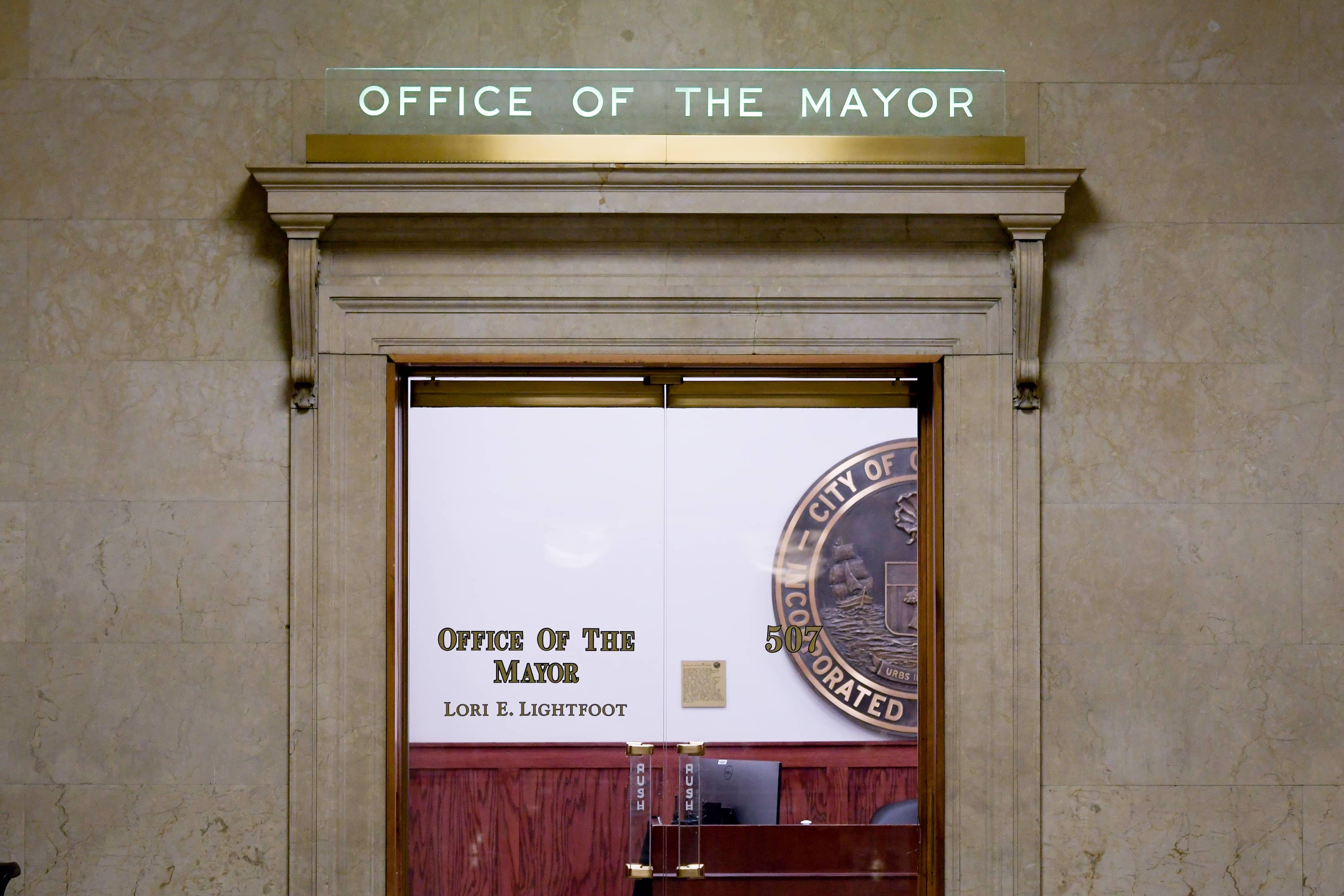 All hail Groot the fascist

We used to do a humorous little posting on the blog right around the New Year. We’d make predictions for the coming year — sports stuff, social issues, political matters, directions we thought the Department might be moving. It was all light-hearted fun, but we did have something to base it all on — mostly our hopeless addiction to Chicago sports teams, but also our careers spanning a cumulative hundred-plus years and our knowledge of Chicago where we’ve lived for six decades. As we said, it was fun....and we were reasonably accurate....to a point. Nothing anyone else couldn’t have done with a little knowledge and some clear-sighted forethinking.

When we took the blog dark, we were eerily prescient as to the current situation. Who would have thought that we would have erred on the milder side of what we’re seeing today?

Wholesale banning of “dissident” voices. Voices with legitimate points of view and information to share. Safe treatments for COVID, some off-label, some not. Many effective beyond any sort of scientific doubt. The inane masking of children, who are in so little jeopardy from contracting COVID that their numbers don’t even show up in the statistical reports, yet who will shortly be forced to take a vaccine they don’t need. Suicides, along with numerous other mental and physical health issues long observed to be on the downswing, suddenly skyrocketing thanks to a megalomaniac doctor who has lied to Congress numerous times about gain-of-function research and who funded the Wuhan Lab that most likely released this pathogen.

Wanton destruction of what had been a thriving economy and small business boom. Inflation (or Bidenflation if you prefer) about to eclipse the worst of the 1970's, bare shelves starting to appear here and there, shortages of silicon chips across the automotive and manufacturing industries, and don’t even get us started on gas prices. Every week there’s a new “condition” to be met to unmask and return to “normal.”  A “normal” that was promised would take fifteen days to reach about 600 days ago. If Robert Heinlein and Stephen King co-wrote a sci-fi or dystopian horror novel, they’d be hard pressed to make even close to what we’ve been experiencing these past few months.

And now we have reached a point at which if you claim that “My body, my choice” should apply across the board, you are shouted down as:

Tom Wolfe once wrote: “The dark night of fascism is always descending in the United States and yet lands only in Europe.” It was an amusing way of pointing out how the lefties (Democrats) were always warning that totalitarian rule (Republicans) was only an election away from arriving on our shores. And here we are nine months into a Democrat “presidency” and there are totalitarians everywhere....at least everywhere in the blue cities and blue states where Democrats appear to be in charge.

What to do? The FOP and PBPA are taking the correct stances — the “mandate” is a violation of the Contract first of all. The Lightfoot administration, and Lori herself, admitted this was a collective bargaining issue, and then proceeded to blithely disregard the Contract without notice or legal standing.

An increasing number of our brothers and sisters are taking the next logical step — refusal to participate. This is a dramatic step as there are financial penalties. And if it goes on long enough, penalties to health insurance and even employment. Not everyone is set up to take that sort of hit and we salute each and every one of them doing so.

Why are other unions granted open-ended deadlines along with on-site (free) testing? Why are they granted rewards for vaccination? Because they can strike? That’s some pandemic you got there Lori....really following the “science,” we see.

Now there are all sorts of avenues for the unions to fight back.

Primarily in the courts. Make the City of Chicago live up to the Contract. Without a Contract and the negotiated protections contained within, we are nothing more than wage-slaves (and yes, we use the word “slaves” with all of the traditional and historical meanings intact), who are employed not because of our training, dedication and oaths, but at the whims of a mayor who is wielding power similar to a Roman consul or dictator.

Point out the uneven discipline — everyone who failed to follow the “order” should be penalized at once, not piecemeal. You cannot legally discipline one officer for weeks of disobedience and then another for a day or two. It doesn’t work that way. Past Practice....Precedent. Of course, there’s no way to discipline 4,000 officers all at once. Internal Affairs Division (IAD) isn’t set up to do it and the paperwork would literally take years. But it forces Mayor Lightfoot back to the proper and legal course of action — collective bargaining.

And shouldn’t the FOP be tapping our greatest strength? If we are correct, there are currently more retirees than active officers in the FOP. A few thousand more? Lightfoot’s union busting is going to have a direct impact on the FOP moving forward...and the Pension Board. The retirees ought to be mobilized on a number of levels. Sure, a bunch don’t live in Chicago any more — who would? But they’ve got phones, they can make calls, send e-mails, and they want to participate from everything we’ve seen, read or heard.

The FOP can’t promote or advocate a “job action,” but what about people who aren’t on the job any more? Fifty retirees in their cars could easily suffer mechanical issues at 3510 South Michigan Avenue, blocking entrances, exits and driveways (don’t forget the side gates on 36th Street and State Street). How do you think HQ would react to fifty or one hundred cars trapping all of the exempts and staff?

Or how about going over to the 014 District in the vicinity of Wrightwood Avenue? Fifty broken down cars over that way would inconvenience a lot of people and tick off the neighbors who already endlessly moan about the traffic restrictions.

THAT would be a show of power. That would break a bunch of these worthless, illegal “orders” following exempts who foolishly signed their souls over to Lori Lightfoot in some misguided attempt to ingratiate themselves with a one-term disaster of a mayor. Superintendent Brown is invisible, Carter is a corrupt joke, Snelling a three-time “merit” tool, McDermott a servile toady along with ol’ “Elf-on-the-Shelf” Loughran. And that’s barely scratching the surface.

Hopefully, everyone remembers these names and their wholesale betrayal of the men and women who worked twelve-to-sixteen hour days with no masks, no gloves, expired sanitizer, pretty much ZERO safety equipment whatsoever for months on end....and then to get stabbed over the most precious Right of all — the Right to one’s own body and what goes into it.

By the way, it is vitally important for everyone to spread the word via social media (and any other method you can think of) to get the word out about what Chicago is doing to the Police. Voters who care are woefully under-informed, and that’s by design. YouTube even banned some of the FOP Friday updates for unknown reasons — probably because it showed someone fighting back against the Branch COVIDians and their cultish behavior. Spread the word that Chicago Contrarian isn’t being cowed by Liar Lori.

Also, congrats to Chicago for passing 700 murders this past week! Be sure you head over to HeyJackass.com for a complete breakdown of all the stats.