On Chicago: Merry Christmas and an Unhappy New Year 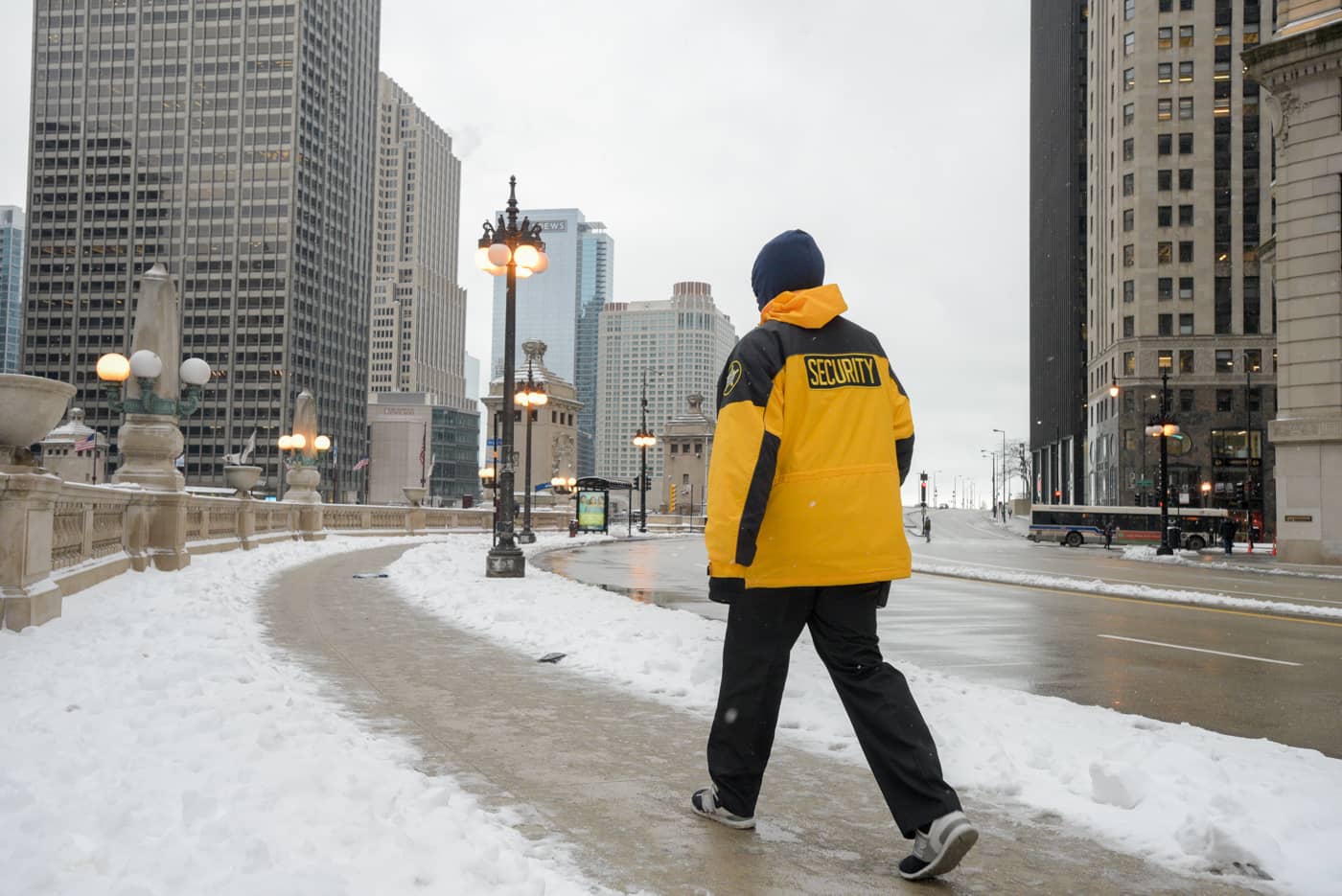 First up, a very Merry Christmas to all the readers, despite the absence of quite a bit of “Merry” and the ongoing decades of leftist attempts to eliminate “Christmas” itself from the season.

Secondly, a question for everyone reading: Are you prepared for the upcoming Unhappy New Year nearly upon us all?

What do we mean? Chicago is swiftly descending into madness. Mayor Lightfoot continues to deny any responsibility for anything untoward occurring in town. Sure, the mayor correctly blames Kim Foxx and the courts for the quick release and non-punishment of miscreants, felons and repeat-felons. Heck, the CWB blog has a running tally of SIXTY persons out on low-to-no bond who have been arrested for further crimes, mostly involving batteries, stolen vehicles and guns, but more than a few of those released are committing murders, homicides which would have not been committed had the perpetrators been behind bars on decent sized bonds.

Yeah yeah, we know the purpose of bond is to ensure court appearances, not deter crime, but guess what? A higher bond for a forcible felony induces the person paying the bond to keep a closer eye on the ne’er-do-well’s behavior if the forfeiture of said bond is high enough. Someone getting out on a few hundred bucks, let alone a signature bond, has little to risk from breaking the conditions of the bond. A quick smash-and-grab more than pays for the bond money at risk.

But Mayor Lightfoot insists it’s still the fault of either the police or the merchants being robbed blind. Just the other week, the mayor told everyone that stores ought to be hiring outside security to deter the brazen flash mob robberies:‍

"Chicago Mayor Lori Lightfoot has accused stores of not taking adequate measures to prevent themselves from being victims of crime."

"During a crime summit on Monday at the University of Illinois in Chicago, Lightfoot said she was disappointed with stores on Michigan Avenue, a popular shopping and tourist destination. She said they were not making security a priority and taking adequate measures to prevent theft."‍

Well, we guess Lightfoot told them. Next up, the mayor will be telling carjacked citizens they deserved to lose their car for driving when poor ghetto youths wander around on foot, and rape victims were “asking for it” by dressing in such a provocative manner. It couldn’t possibly be the fault of “progressive” mopes in government.

And lest you think Lightfoot is anything but a hypocrite, when Chicagoans take up her advice, Ms. Mayor gets offended:‍

"Mayor Lori Lightfoot Wednesday spoke out against a plan by Bucktown neighbors to hire a private security firm to patrol part of the North Side neighborhood. According to emails sent by leaders of the Bucktown Neighbors Association, which is organizing the program, private armed security guards are expected to begin patrolling a section of Bucktown Wednesday."

"The group is working with P4, a private security firm with offices Downtown and in suburban Downers Grove, to deploy off-duty police officers to the neighborhood in response to a surge in carjackings and other crime."‍

Didn’t Lightfoot just tell businesses (the same ones that are abandoning Chicago at a still-record pace) that they should hire security in the face of new-record crime numbers? What are citizens supposed to do in the face of declining police resources? Form vigilante committees? Actually, that’s a pretty good idea....excuse us while we go copyright it.

Perhaps the businesses and property owners ought to apply for a property tax rebate? Districts across the city are going to see a 10-to-15 percent manpower reduction next year, 20-to-25 percent on the day shift alone. Most Districts are experiencing it right now. Lightfoot cut 600 unfilled positions, 800 cops hit the retirement door in 2021, another 200 lateraled away to other departments and 900 more are scheduled to leave in 2022. When the retro-checks hit bank accounts in January, would anyone be surprised if another few hundred cops said, “See ya!” and left overnight?

Really? We got this in the mail from nearly a dozen people and we did some checking. It’s 100 percent true:

And then, the POWER Test

The first week of December, the Academy was slated to start a class....of fourteen cadets. Eight showed up. Class was canceled until they could get it over twenty-five, which might have happened this past Monday. So yeah, Lightfoot is going to hire her way out of this disaster, especially after two years of demonizing the entire profession, removing every tool that has been proven to work in policing and failing to hold anyone responsible for criminal behavior....unless you’re an officer making a minor procedural error. Then it’s the gallows for you!

What has this meant to Chicago? Hop over to HeyJackass.com for a breakdown of the statistics, but that’s just an overview. Scan other sources for the true disaster.

Did everyone see the one in Roscoe Village where a bunch of offenders went into a restaurant and just started sticking up patrons:‍

"A group of thieves entered a Roscoe Village restaurant on Wednesday evening and stole customers’ valuables right off their tables as they enjoyed dinner. Earlier this month, a similar group stole property from two nail salons in Lincoln Park during business hours."

"Most recently, three men walked into a restaurant on the 2300 block of West Roscoe around 8:05 p.m. Wednesday. They held their hands in their pockets, which caused some staff members and customers to suspect they had guns."

What do you even call that? A flash-robbery? Lightfoot is demanding establishments hire security, but how many would be needed to deter this? If a single robber got shot, Groot would be cheering Foxx to indict the poor sap who was just trying to make a few extra bucks around Christmas time. And after that, she’d demand all security guards in the city undergo Use of Force, Sensitivity, and Critical Race Theory training. Don’t doubt it for a minute.

How about that footage of those wild and crazy yutes blocking the entirety of the Eisenhower Expressway the other night and using the four-lane highway to do doughnuts? An interstate that runs directly to two major trauma centers and accesses another four hospitals? Is this now a Flash Blockade? Imagine trying to inch by that display. You’d be lucky to only be shot once.

But the media is busy broadcasting the increasing “danger” from yet another COVID variant. As others far wiser than we predicted, COVID would follow the usual path of respiratory viruses — becoming more contagious and less deadly. That hasn’t stopped the media generated panic-porn Mayor Lightfoot's continued insistence that everyone be vaccinated, even though the vaccine isn’t working properly. Lightfoot is about to shut down restaurants and put yet another nail into the coffin that has become Chicago commerce.

Did everyone see this laugher of a quote from our Napoleonic dictator the other day?

"Mayor Lori Lightfoot is considering new action over what she called a "significant uptick" in COVID cases."

"We are looking at a number of different strategies to help us deal with this latest surge, but we always do that in partnership and in communication with the individuals and the businesses that are going to be affected. We don't unilaterally impose anything."‍

Unless of course, you are unfortunate enough to be a city employee under this tin-pot dictator. Then the city will attempt to circumvent every single job protection and personal liberty in existence to give you something that doesn’t even work as advertised — kind of like the Biden “presidency.”

Here’s a newsflash — no one is immune. Even the immunized aren’t immune. The majority of new cases today are those who fall among the double jabbed and boosted — those stats are from the CDC by the way. You are going to get COVID in some way, shape or form. But don’t panic — there are almost a dozen available medical treatments that ameliorate, reduce or cure the affliction, just like there are for the flu or a cold — endemic diseases that we live with every single day.

If you pay attention to the numbers, Americans aged 18-to-50 are now more likely to die of Fentanyl overdoses than COVID.

We won’t even touch on the suicide numbers along with the incalculable damage being done to school children with the nonsensical masking, remote “learning” and stunted social growth. As a nation, America will be paying that bill for a generation.

So an Unhappy New Year is on tap, especially if Mayor Lightfoot wins her mandatory vaccination work rules. Another thousand or so cops forced out in a Department already unable to properly and safely staff a watch anywhere in the entire city. One might guess the mayor is attempting to get rid of anyone who would dare to actually respect Civil and Constitutional Rights. The only ones left will be the “order followers” all too willing to turn the Second City into some sort of Fourth Reich.

On a somber note, deepest condolences to our fellow First Responders on the CFD side regarding the death of their colleague Firefighter MaShawn Plummer. Condolences to his family also during this now bleak holiday season.