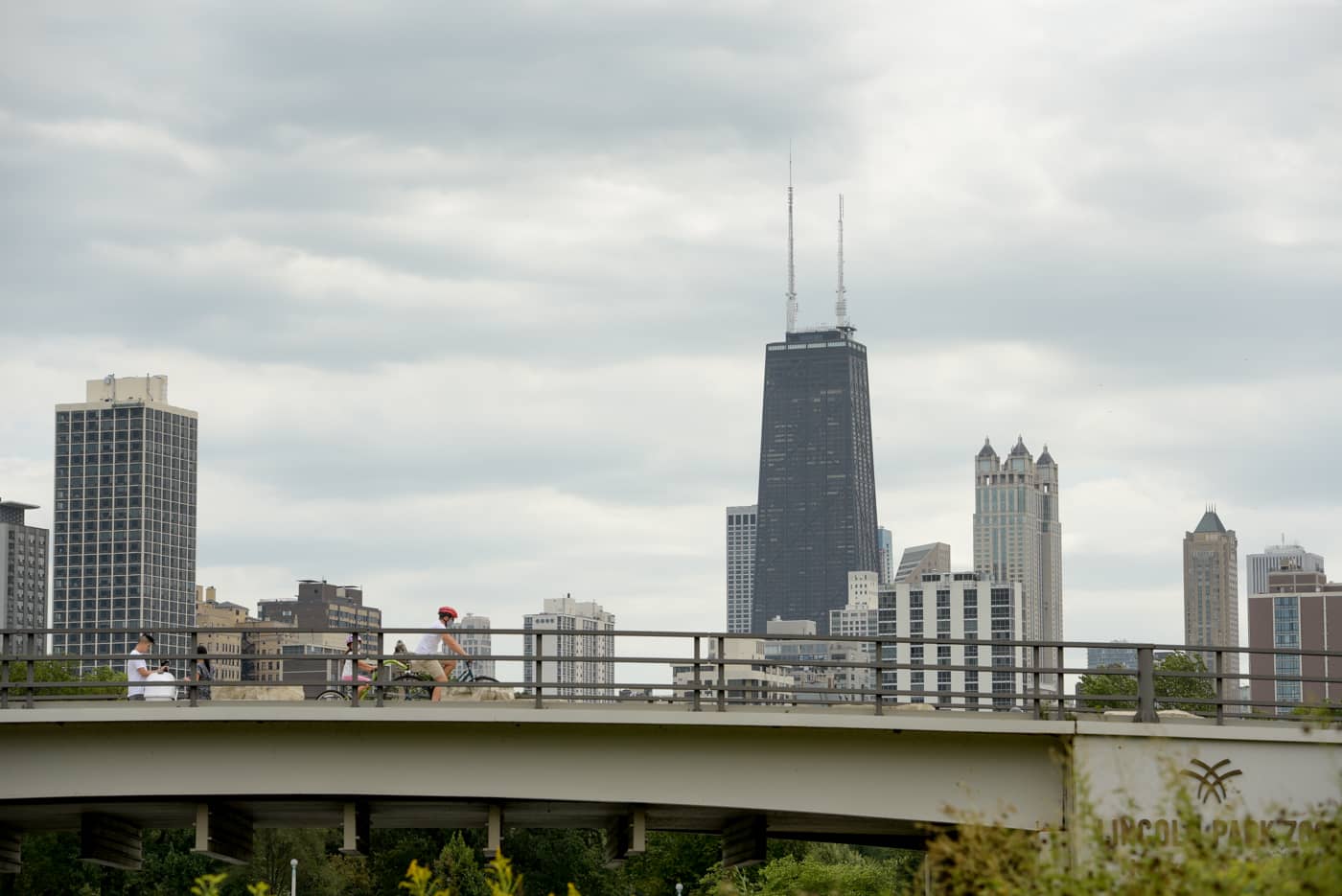 That's an excess of misconceptions Kim

So this happened the last week of July:

"It took less than 45 minutes for a team of armed assailants to rob ten people in seven separate incidents across River North, Old Town, and the Near North Side on Thursday evening, police said. The offenders appear to be the same crew that struck the same area five times in under an hour on Tuesday evening. On both evenings, the offenders held their victims at gunpoint and traveled in a stolen four-door green Ford Fusion that has a license plate beginning with BL636, according to multiple police reports."

That's the CWB blog, breaking with the Foxx "narrative" that crime is a matter of perception, though it isn't actual a "perception" sticking a gun in victims' faces and relieving them of their property.

And July closed with a bang (or perhaps a "Bang Bang Bang!"), racking up the third highest monthly murder total in Chicago history (via HeyJackass.com):

August is already doing tallying two-a-day, so 500 is just around the corner!

Speaking of misconceptions, some Americans are coming to their senses it seems....not here, but elsewhere:‍

"As homicides rise in Virginia's northern suburbs, voters will have the opportunity to put three liberal prosecutors backed by billionaire Democratic megadonor George Soros on trial. A new Virginia nonprofit, Virginians for Safe Communities, is launching a campaign to recall Fairfax County's Steve Descano, Loudoun County's Buta Biberaj, and Arlington County's Parisa Dehghani-Tafti from their respective offices, the group announced in a Monday statement. The progressive attorneys took office in January 2020 after Soros spent more than $2 million supporting their campaigns. All three have since implemented lenient law enforcement policies, decisions that have coincided with a rise in crime."‍

"Descano, for example, said in December that his office will stop seeking cash bail, which he called "unjust" and "racially biased." In the months following the decision, homicides in Fairfax County more than doubled the total seen during the same time period in 2020. In Dehghani-Tafti's Arlington, meanwhile, felony aggravated assaults rose 40 percent last year. And in Loudoun, Biberaj has faced criticism for dismissing hundreds of domestic violence cases."

Unfortunately, there is no recall mechanism in the Failed State of Illinois. And the collective IQ of your typical Machine (aka Combine) voter, hovers between that of a potato and a CNN viewer.‍

Even on the national level, coddling criminals is a hallmark of (mainly) Democrat policies:

"Days after Attorney General Merrick Garland came to Chicago to promote a new program to combat gun violence in part by targeting so-called straw purchasers, a federal judge handed down an eight-month prison sentence in what the feds called a “case study” in the problem."

"Federal prosecutors say Eric Blackman bought a 9mm Smith & Wesson pistol for someone who was underage in August 2019 from a licensed firearms dealer in Oak Forest. They said he later told investigators, “I just figured, what’s the worst that could happen?”

"But the feds say that gun was ultimately linked to a Dec. 22, 2019 mass shooting on the South Side that injured 13 people in the 5700 block of South May Street. Of the 31 cartridge casings found at the home where the shooting happened, 13 came from the gun Blackman purchased."‍

The sentencing guidelines state up to ten years and a $250,000 fine. That was passed years ago during one of the periodic "get tough on crime" campaigns that pop up here and there. But when it comes time to actually be "tough," well it's easier to demonize the law-abiding gun owner than actually hold a criminal to account.

Eight months? Not much of a deterrent by any means. Unfortunately, this prosecutorial habit of low-balling sentences dates back through administrations of both parties, especially where the U.S. Attorney is appointed with recommendations from the likes of Senators Durbin and Duckworth.

What is it about the Sun Times embracing spousal abusers?

Mope-rah (Mary Mitchell for the unaware) is at times, making the tiniest bit of sense. And then she goes off the rails again, spouting her usual gibberish without a single shred of self-awareness that the politics she champions year after year, have a direct correlation to the staggering numbers of dead and maimed in the "community" (SCC note – we don't provide links to Mopey – you want to read it, you find it on your own):‍

"I celebrated my grandson’s 21st birthday on Friday. There was no cake or balloons or ceremonial toasts. He lives out of town. I wanted to hug him. I’m not paranoid, but the potential for him to become an innocent victim of the ongoing gun violence in my neighborhood is too real for me to take the risk of having him visit."‍

If that isn't the saddest commentary on what liberals have inflicted on the "community," then we don't know what is. And Mopey, WHO KNOWS FOR A FACT that her grandson is at risk visiting her war-worn neighborhood turns to a well-known paragon of peaceful tranquility and spousal abuse, Tio Hardiman:‍

“First and foremost, the mass shootings have become fashionable for some of the guys involved in gang conflict,” said Tio Hardiman, founder of Violence Interrupters, an anti-violence organization that claims to have mediated 40 conflicts so far this year.‍

And for a guy who "mediates," Hardiman sure seems to want to embrace violence:‍

“There needs to be an African American army — not to go out and kill people, but to go out in the strongest possible way to bring these young guys to a table of peace by any means necessary,” he said.‍

By any means necessary? Is Tio going to march them into mediation class at gun point? These kids don't go to school or church and they don't listen to old school preachers, grifters or gangsters. But Mopey runs to him every chance she gets.

And then that other well known wife-slapper and cop hater, Steinberg, sticks his head out of the sewer again. While writing a screed about how fans of the Columbus statue should look to Cleveland for inspiration following the cancellation of the Indians, he closes his article with this claptrap (SCC note - no links for Neil either):‍

"Do I need to point out that the Trumpy, Fraternal-Order-of-Police elements of Chicago’s Italian American community are the ones going all out for Christopher Columbus? Maybe they really do love him."‍

Wow. Slapping at Trump, the FOP, and Italians, all in one go, in what is supposedly an article about renaming a baseball team. Talk about over-projection and tiny man syndrome. We sure hope that Mrs. Steinberg was wearing all of the MLB approved catcher equipment that day.

And look who pried herself away from dishing out gossip for once to confess cops are under enormous pressure?

Sneed finally noticed that cops are in a purely reactive mode.‍

Alderman and future mayoral candidate Ray Lopez had video the other day with this amusing aside:‍

"Foxx refused to comment on the video or the alderman’s interpretation of it. The mayor’s office had no immediate comment. A Chicago Police Department spokesman said CPD was aware of the video and the incident is “currently under investigation.”‍

No "misconceptions" there Ms. Foxx?

There's even a neighborhood group that claims ShotSpotter is....get this....racist!

And the "answer" to all of this?

"Chicago mayors have talked for decades about putting more cops where calls for service are the highest, only to drop the issue. No one’s been willing to take the heat for redeploying cops."

"Now Chicago police Supt. David Brown is laying that groundwork — but in a politically timid way that will take years to accomplish. In briefings last week, Chief of Operations Brian McDermott and First Deputy Supt. Eric Carter told aldermen high-crime districts would get more manpower as rookies graduate from the academy and complete their 18-month probationary periods."

Does anyone have a friend in Personnel? Maybe a Police "ambassador" contact? How about someone close enough to hear phone calls going into and out of HQ?

We have that and more, and do you know how many people signed up for the last entry exam?

We came on in the days when they gave the test to THIRTY-THOUSAND-PLUS applicants. Now they're down to under five hundred?

Forget the "nail-in-the-coffin" analogies. They're pushing the dirt into the grave in 2021.