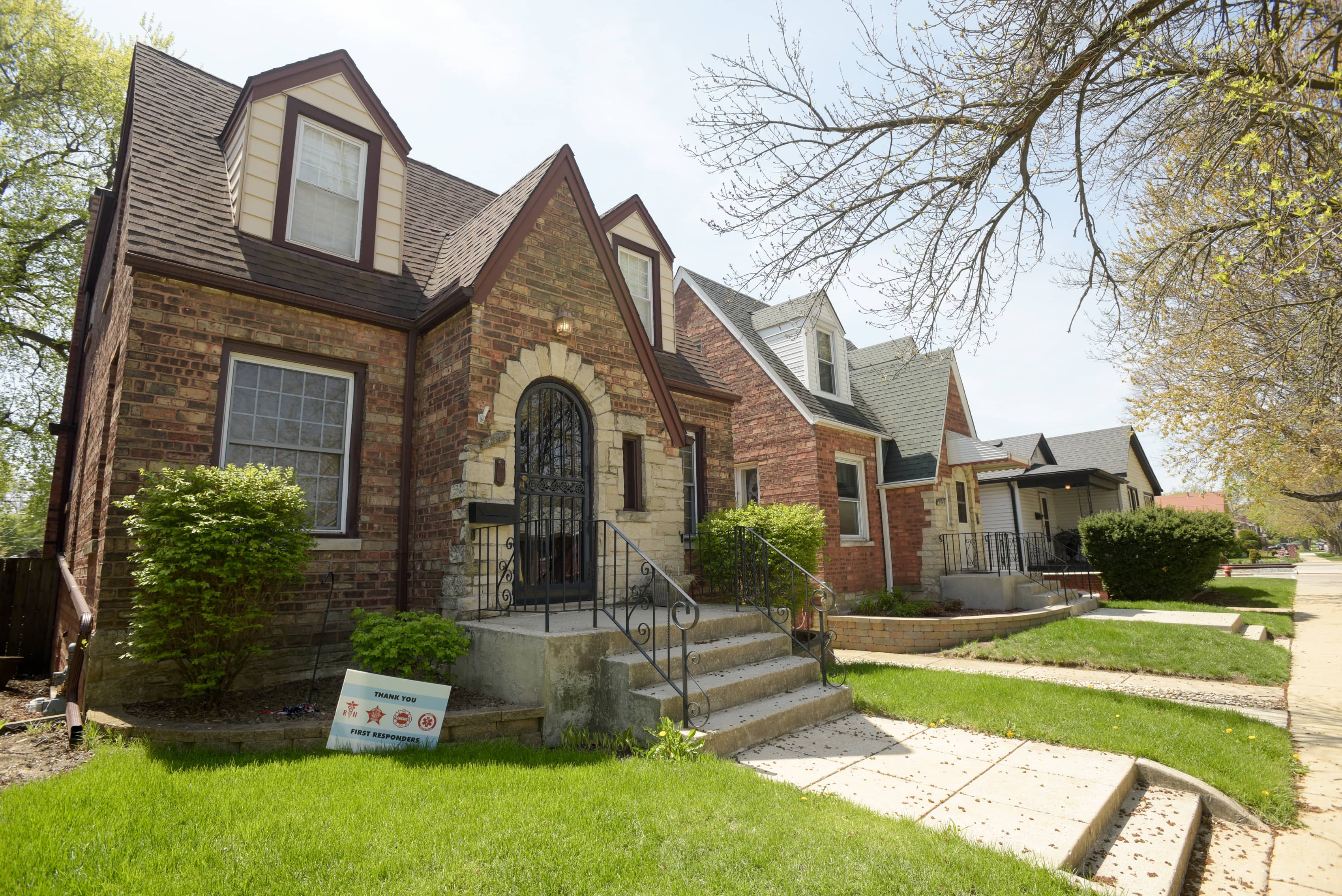 When John Arena was routed in his bid for a third term in the Chicago City Council in 2019, most of his critics had hoped the deposed alderman would have exiled himself to an abbey where — to the delight of many thousands — he would have taken a vow of silence.

Lamentably, the dream of Arena’s self-willed departure from Jefferson Park remained only a dream.

Nevertheless, months after the muffled sound of a broom sweeping up the wreckage of Arena’s re-election campaign hushed, the failed ex-alderman experienced a soft landing in the warm embrace of city government. In November 2019, the ousted Arena was appointed by Mayor Lori Lightfoot to a position with the city’s Department of Planning and Development. Predictably, for demonstrating the same slighting manners which cost him his seat in the city’s legislative chamber, Arena managed to cause such a ruckus while serving at Planning and Development he resigned from the post some three months after his appointment.

A low point for the toppled ex-alderman, many Jefferson Park residents believed Arena’s departure from yet another position in civic government meant the neighborhood had been, mercifully, liberated from him. Unfortunately, it appears as if the 45th Ward gained only a breathing spell from the former alderman: For months rumors have flown all about the neighborhood Mr. Arena has returned and taken refuge in an online publication, the People’s Fabric.

A publication which originally emerged on the online publishing platform Medium in December 2020, People’s Fabric now claims its own domain. People’s Fabric publishes often, and trumpets the claim it is a faithful “watchdog” organ with a strong emphasis on transparency and accountability from elected officials. However, a cursory glance at essays published on the website reveals the common theme of their work is critical coverage of the man who unseated Arena and now represents the 45th Ward in the City Council, Jim Gardiner.

Possessing a pathological fixation with Gardiner, the largest share of articles published on People’s Fabric are devoted to eroding the new alderman’s authority over the 45th Ward. Articles in which scorn fills the headlines, snark, distractions, and distortions drip from every paragraph. The tales range widely, beginning with repeating Gardiner’s use of foul language in private text exchanges and accusing the alderman of neglecting his duties to attempting to taint Gardiner with veiled allegations of corruption.

While the identities of the persons involved with People’s Fabric remain a closely guarded secret, Jefferson Park is known to be home to an entire posse of over-caffeinated progressive activists. A grievance brigade, in the finest tradition of Chicago leftism, these activists have engaged in some sordid tactics to threaten, harass, and intimidate fellow residents who do not genuflect to the progressive movement. Some incidents are so bizarre as to be lifted from a Twilight Zone episode.

In several instances, residents have been followed and photographed by left-wing activists, and some have reported being demonized on social media, including the maligning of family members and children. In addition to online incivility, these same progressive activists are also presumed to be responsible for doxing residents, spreading false information or alleging racism by phone at residents’ places of businesses in Jefferson Park.

Though these foul methods are stomach-turning, it is the unleashing of partisan fury on Gardiner’s official Facebook page which could be worse. In endless disdainful remarks, the non-stop name calling and vengefulness directed at Alderman Gardiner occurs with a frequency indicating a need for some Jefferson Park activists to be committed to a Facebook detox program.

Now becoming an ever-present element in the life of the neighborhood, what is more disturbing than the existence of People’s Fabric is the fact its messaging has been radically enhanced and expanded by a handy assist from Block Club Chicago. Led by its plucky reporter, Ariel Parrella-Aureli, who concentrates on the Northwest Side, a chorus line of Block Club reporters has taken turns assailing Gardiner, amplifying People’s Fabric’s word.

Though Block Club carefully avoids flattering People’s Fabric, its wall-to-wall coverage of Alderman Gardiner’s difficulties in the 45th Ward of late is, well, curious. Though Block Club does cover the whole of Chicago, it has not demonstrated the same interest in other Chicago aldermen, three of whom are facing criminal probes.

Unlike Mr. Gardiner, who faces no indictment, Alderman Ed Burke (14), who has served for decades in the City Council, has been charged with attempted extortion. In contrast to Gardiner, Alderman Patrick Daley Thompson (11) is facing a federal indictment for filing a false income tax return and making false statements to federal regulators with the Federal Deposit Insurance Corporation. Last, by comparison to Gardiner, Alderman Carrie Austin (34) was indicted on federal bribery charges in July. Grave allegations, while Burke, Daley Thompson, and Austin remain in office and continue to serve under a cloud of mistrust, the charges against the three aldermen have inspired very little coverage and no serious commentary from Block Club.

An odd contrast to the boundless enthusiasm with which Block Club has pursued Mr. Gardiner — some 60 articles in total — possible explanations for the inconsistency in reporting is Block Club’s biased journalists serving as the propaganda wing of Jefferson Park’s Progressive movement for the purpose of converting undecided voters to jump on the bandwagon.

Other than the attempt of proselytizing on behalf of People’s Fabric, we have not learned much from Block Club’s reporting on Gardiner, except if you are a liberal media outlet helping ideological allies slime an elected lawmaker with overwhelmingly negative reporting, half the battle is won.

Progressive activists in Jefferson Park are staging a slow-motion coup

Jefferson Park was once a pocket of tranquility on the Northwest Side of Chicago. Today, however, Jefferson Park has been transformed into a deeply polarized political battleground and the divisions are growing deeper.

Although the disruptions to Jefferson Park's harmony have been gradual over the past decade, the discord among residents over political differences has intensified and matured into open political warfare. While the hostility is mutual, the entire blame for Jefferson Park devolving into a political battle zone falls fully on radical progressive activists who have spent more than two full years releasing their pent-up fury over John Arena’s defeat at the ballot box.

To the progressive activists in Jefferson Park, Jim Gardiner’s aldermanic victory represented not merely an annoyance with which they must brook, but a threat which must be eradicated. Though appalling, under progressive mores, few behaviors are proscribed in a fight for survival, which is precisely why Jefferson Park’s progressives have adopted thuggish tactics to render Gardiner helpless as the alderman attempts to fulfill his official duties.

A movement utterly without scruples, the 45th Ward’s progressives are the embodiment of anger, resentment, and rhetorical aggression. They look backward and inward, seeing all others as the enemy. They seek confrontation regardless of the hopelessness of the dispute; they search to stoke animosity, settle scores, and humiliate opponents; they place hopes in demagogues; and they always create fraternal space within their movement for the crude, the ignorant, and the irrational. A glorious occasion is spreading misinformation, confronting and harassing political opponents in open public, excreting rage online, and trolling the private Facebook pages of residents with whom they are in contrast ideologically. Behavior which fortifies their soul, Jefferson Park’s progressives consider any nasty, grubby method to intimidate, bully or harass just “part of the process.”

Though this conduct is more familiar to banana republics than one would expect to find in a “mature” democracy, one main reason for Jefferson Park’s progressive movement evading criticism for its deployment of lunatic tactics is the failure of Chicago’s irresponsible politicians.

A matter which has been relentlessly covered in media (albeit one-sided), many of Chicago’s elected officials, including Mayor Lightfoot, have either remained silent or actually countenanced the indignities visited upon both Gardiner and the residents who publicly support him. Furthermore, the 45th Ward’s progressives have also escaped condemnation owing to the laziness of Chicago’s slanted media. Although Gardiner’s difficulties are widely known by virtue of Block Club’s reportage, the digital print outlet has devoted neither time nor space to progressives’ attempted putsch against the 45th Ward alderman. When Block Club does condescend to report on these activists, Ariel Parrella-Aureli serves as a fog machine and obliges their agenda by keeping their sordid behavior out of the headlines altogether or portraying them as either heroic or casualties preyed upon by unmerciful bogeymen.

To hear them tell it, Jefferson Park left-wing radicals are doing good work. Yet they have created a disaster in a neighborhood once thought to be an ideal place to live. Progressive activists are seeking to sabotage an alderman and commandeer the 45th Ward, and by any means necessary.

Some residents have felt compelled to assert themselves and are standing in their path. Those who have wandered into public spaces have faced these radical activists’ full wrath and suffered for it. For bystanders witnessing this calamity unfold and living with the forlorn hope decency will ultimately prevail, progressives’ conduct out of power should inspire them to imagine how such will behave if and when they do indeed seize levers of control in the City of Chicago.