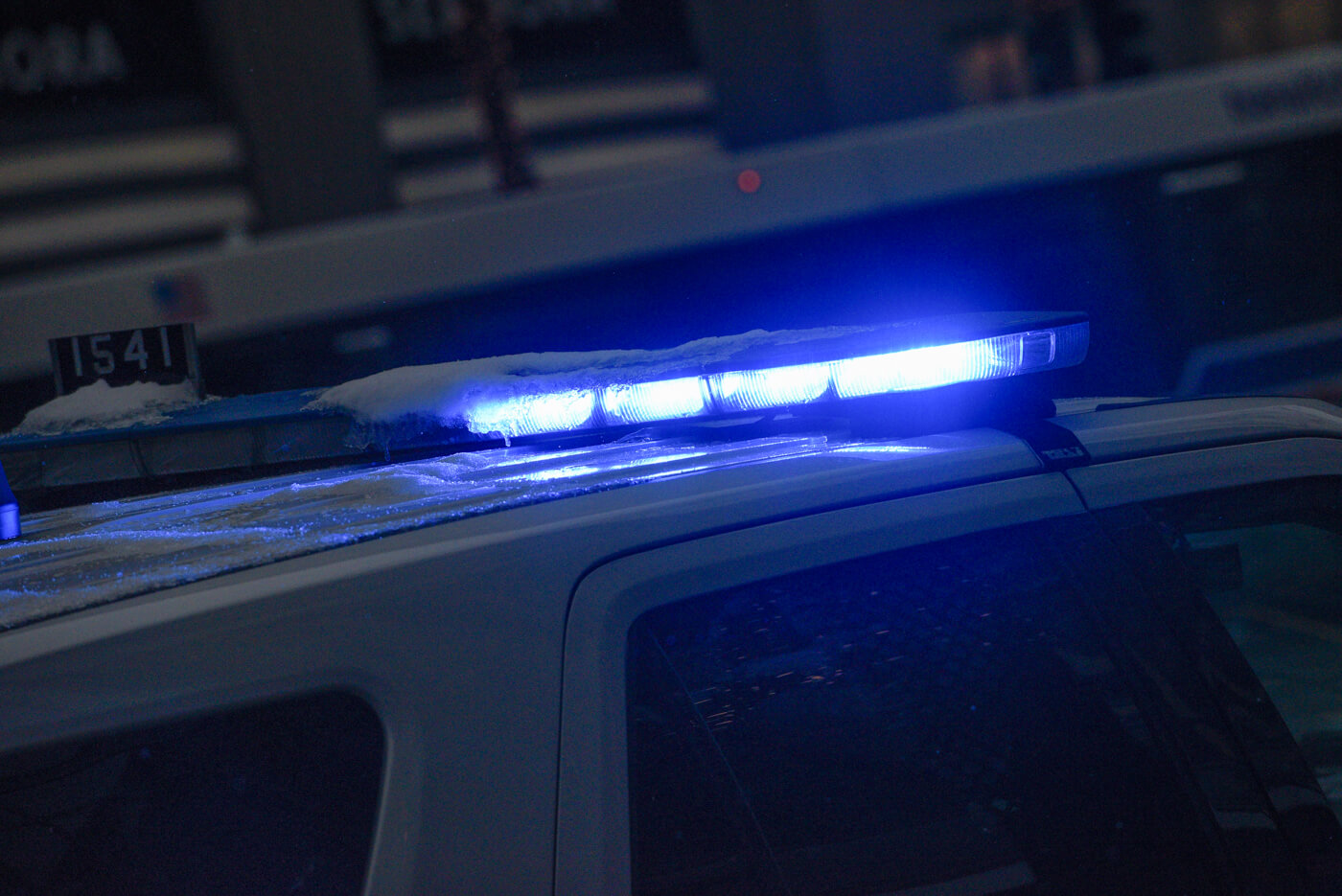 Rogers Park is not known for either crowded slums or a thriving criminal underbelly, but residents living in Chicago’s far North Side neighborhood are becoming more acutely aware of dangers lurking in the shadows.

Home to the 24th Police District, officers serving Rogers Park say the community is divided into two divergent sections, one functional and the other on the verge of falling into the grip of violence. In the west section of Rogers Park, Hasidic Jews and Irish Catholics enjoy a serene existence. To the east, however, police say disintegrating families, feral children, and the rise of grim-faced, murderous gangs have led to squalor and vulgarity overtaking Rogers Park’s easterly streets. According to police, Rogers Park looks splendid by daylight, with most calls tending to be nonviolent, auto accidents or alarms dominating the second watch. Nevertheless, the third and first watch find themselves preoccupied with more domestic disturbances, robberies, and, shootings.

While officers serving in the 24th District concede the whole of the neighborhood is far from an idyllic utopia, they express concern over a disturbing trend of encounters with the mentally ill. Though officers have become inured to the surge in shootings in the 24th District — shootings more than doubled in 2020 from the previous year — the presence of a large population of persons suffering from mental illness in Rogers Park has police confounded and uneasy. An alarming climb, police in Rogers Park say in the past several weeks, a number of incidents reported by residents saw officers confront and successfully take into custody mentally ill persons for randomly attacking civilians on Sheridan Road, and one demented man arrested for allegedly pushing several people onto tracks at a Red Line station.

An issue which looms large in any conversation over policing today, a single incident involving a mentally disturbed woman in Rogers Park in January should utterly dismantle arguments for replacing police with social workers.

According to police in the 24th District, a woman with a history of mental illness sadly suffered a serious mental episode in early January. While the specifics over what took place remain rather vague, it is accepted the ill woman was subject to a wellness check from two social workers after a recent release from treatment. Upon their arrival at the woman’s apartment, the pair of social workers learned they had opened a window to Hell: The mentally ill woman sadly underwent a severe psychotic outburst and produced a knife, threatening both social workers. A fearsome sight, the social workers fled the apartment and immediately contacted police.

Shortly after patrolmen arrived at the scene, officers confronting the ill woman determined their options were limited and attempting to cope with the woman themselves would only aggravate matters or expose themselves to grievous injury. Recognizing the danger to residents and themselves, the patrolmen resolved to hand the matter over to a specialized unit, SWAT. Within a half hour, SWAT arrived and established a non-criminal barricade. With the ill woman holed up and refusing the surrender the knife, the SWAT unit opted for the safest resolution, “sit, wait and talk.” With time on SWAT’s side, over the next ten-to-twelve hours, SWAT team members witnessed the woman’s mental crisis unfold, often times observing the knife-wielding woman holding conversations with herself and screaming with incandescent rage at officers and nearby residents. Though hours passed, thankfully, and mercifully, the ill woman eventually yielded and officers took her into custody.

However, as the SWAT team extolled a crisis situation settled without injury and prepared to depart the call out, it did not go unnoticed among police officers the social workers who contacted police because they feared for their lives were nowhere to be found. It was learned only later the social workers vanished from the scene several hours into the standoff.

This was so predictable.

What occurred in Rogers Park in January should serve as both a lesson and a warning. An incident which should dispel increasing calls to swap police with mental health workers responding to summons for emergency assistance, before we pull apart the argument for turning over some traditional policing responsibilities to social workers, it is worthwhile to acknowledge the role mental health experts play in the criminal justice system.

Social workers or mental health experts working alongside police is not a pioneering concept. Social workers and mental health experts fulfill an import function in law enforcement. A key part of policing in particular, social workers operate alongside police and throughout Chicago’s justice system by offering service to victims of crimes and their families. Though their work is often unseen, social workers provide a marvelous gift to victims suffering through the pain and grief of crime. While social work and the field of mental health has advanced in many areas, the discipline has not progressed far enough to supplant police in the response to emergencies. Critically important, it never will.

Despite the Chicago Police Department’s SWAT team successfully defusing a crisis which could have had disastrous, perhaps fatal, consequences, some civic groups known for their hostility with police, quack clergy, and a number of unenlightened elected officials in Chicago have amplified calls for social workers or mental health experts to assume an increased role in the response to emergency calls placed to police. Calls rooted in the utterly false notion police are neither intellectually nor temperamentally qualified to confront a dilemma involving those who suffer from mental illness, the demand to replace police with mental health workers has led to the CPD to develop a pilot program to do just that.

Under a “co-responder” pilot program under consideration, the CPD is expected to experiment with a model to allow social or mental health workers to assume a larger role responding to 911 calls.

Under the preliminary design, the three elements of the “co-responder” model are: (A) the embedding of a mental health professional into the 911 call center to assist in crisis management over the phone; (b) the coordination of support for individuals upon discharge from the hospital; and (c) the fusion of a certified Crisis Intervention Team officer (CIT) with a community paramedic and a mental health professional to respond to the site of a crisis call.

Though no date has been set for the “co-responder” model to be introduced, all three features of this pilot program could be a recipe for disaster. Upon close examination, the first element of the “co-responder” model, the permanent insertion of a mental health professional at a 911 call center, appears practical. A facet of the program which would have a civilian mental health expert placed at Chicago’s Emergency Communication Center (CECC), though the mental health professional would work in a bubble of safety, telephone communication with a mentally ill person does not ensure harm would not come to innocents nearby or prevent disturbed people from inflicting injury upon themselves. While the second component of the “co-responder” model appears relatively safe and does not suggest an emergency call would be placed to 911, there is an inherent risk to mental health professionals conducting wellness checks on the mentally ill, particularly those who tragically suffer from severe cases of mental illness. It is even more parlous when a wellness check is performed on a mentally unbalanced person who has a documented record of violence or criminal history.

Although the “co-responder” plan under consideration is fraught with uncertainty, where the greatest peril exists is the proposal in which a CIT officer would accompany a paramedic and mental health expert to respond to a mental health crisis, domestic battery, domestic violence, or child abuse call. A dangerous setting, this aspect of the “co-responder” plan ignores entirely the reality no calls placed to 911 are more subject to transforming from peaceful to violent in a nanosecond than those calls involving the mentally ill. The conditions of these calls are even more explosive when the mentally unstable subject has retreated into a drug or alcohol-soaked haze or has a history of domestic violence.

Though supporters tout the “co-responder” plan as a bold remedy to prevent injury upon the mentally ill or civilians, of the many lessons learned from the incident in Rogers Park, it is social workers have no special healing powers and they lack the skill set required to manage the mentally unstable in unsecure conditions. An incident which revealed the vulnerabilities of civilians exposed to a threatening situation, it was only the social workers’ good fortune which prevented them from becoming victims of a murderous rampage. Good fortune should never be mistaken for expertise.

More importantly, it is worth noting the calls to replace police with mental health workers on some emergency calls flow from irresponsible critics of police. Though the concern for the safety of civilians, mentally ill or not, is laudable, the true motivation behind the push to replace police with social workers is not wholly rooted in the sanctity of life, but rather found in idiotic calls to defund police and the canard police are a band of conscienceless goons who immediately and reflexively resort to lethal force to solve problems or deescalate combustible situations. Worse, many of the rote calls to replace police with mental health professionals emanate from opponents of police who are widely known for blurring the distinction between criminality and mental illness. An enlightened step to replacing police with social workers, by contrast, would be to put forth serious policy proposals to advocate for better treatment of mental illness. This would advance the cause of public safety.

Policing takes men and women in uniform to some very bleak places. They include homelessness, alcoholism, domestic abuse and even sex trafficking. Conversely, police are part of both the mundane and the joyful. Police officers are known to fix leaky pipes, escort the elderly across busy intersections, locate missing children, administer first aid, and they have also been known to deliver babies. A profession which demands compassion, police undergo extensive training to prepare them for the limitless scenarios they will eventually confront, whether they are common or menacing. Though Chicago police officers are thoroughly trained, street experience, the frequent exposure to such a broad range of calls, swiftly accelerates mastery of the profession. Men and women who perform humane work, police receive the training and are sensitive enough to identify an individual sustaining a mental health collapse and are adept to take the necessary steps to solve the crisis. While social workers fulfill an important function in the justice system, they are simply not equipped to face the ordinary hazards police face every day and their talents are far better suited for the stages which follow police safely and successfully resolving an encounter with a person suffering a mental health episode.

Chicago should absorb the lesson learned by social workers in Rogers Park. Fortunately, a tragedy was averted. Social workers or mental health professionals entrusted with the task of confronting individuals who can be prone to violent, uncontrollable outbursts may not be blessed with such good luck in the future.