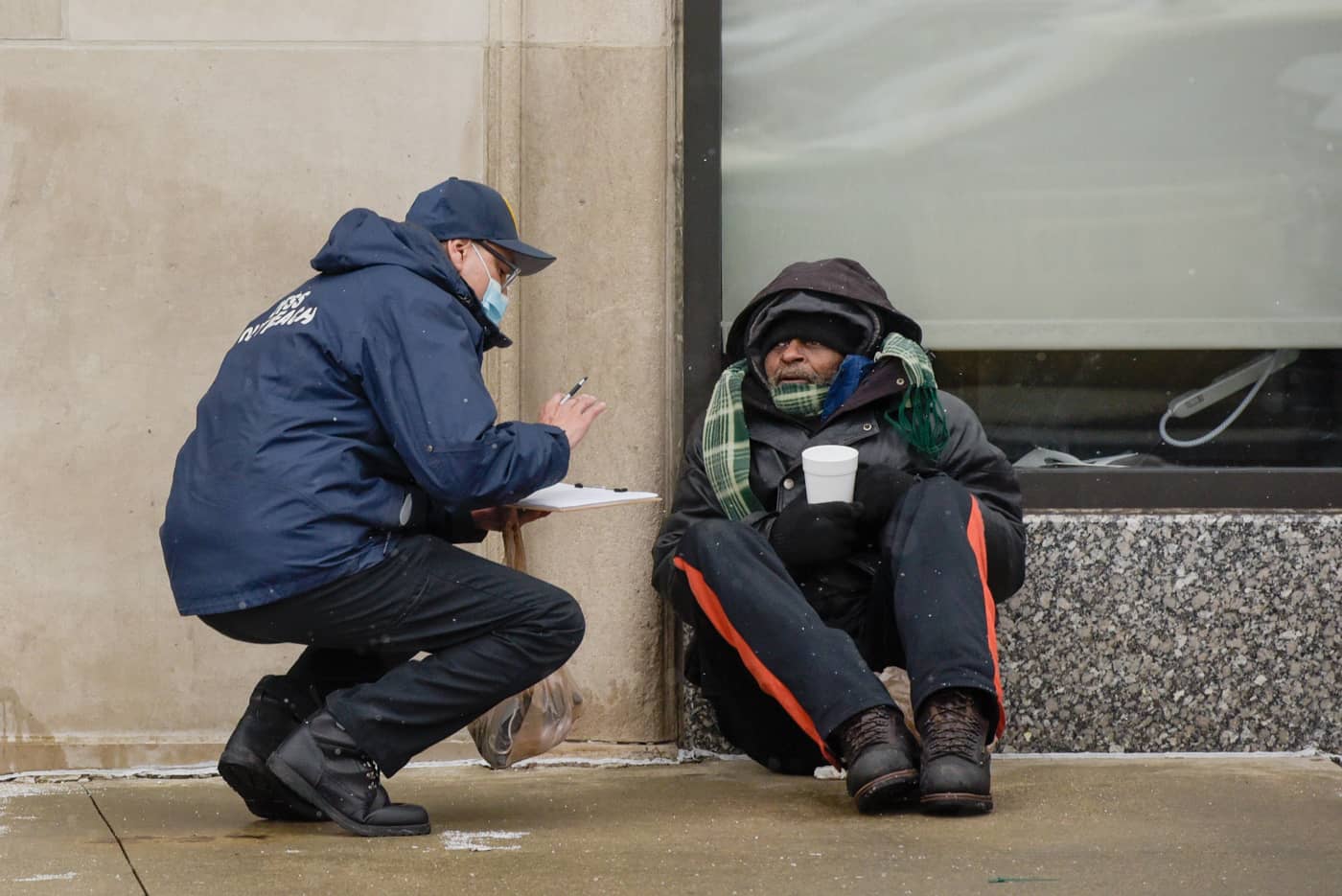 The Windy City has enough problems

For those unfamiliar, a safe injection site (SIS) is supervised injection facility at which addicts are legally permitted to inject illicit drugs. These sites are staffed with trained medical professionals who assist addicts and manage overdoses. When de Blasio declared his aim to establish two, non-profit SIS sites, one in Washington Heights and the other in Harlem, it followed a year in which New York City registered over 2,000 overdose deaths.

Though de Blasio’s decision to support the creation of SISs was formulated in part on Canada’s model of injection facilities, the former mayor obviously overlooked serious and objective evaluations of SIS facilities in several Canadian provinces, notably Alberta. Though early analyses had concluded SISs were associated with lower overdose mortality, far fewer ambulance calls for treating overdoses, and a decrease in HIV infections, initial research had neglected to include the socio-economic impacts of existing SIS sites on their host communities.

While Canada’s SIS sites did yield some positive results, information gleaned from residents living or working near SIS facilities in later studies conducted after 2018 tended to be overwhelmingly negative. According to a review carried out in Alberta, accounts of SIS sites chronicled needles strewn on streets, surges in crime, and an increase in overall social disorder. Similarly, research also revealed residents reported countless instances of aggressive and temperamental behavior of substance abusers, and more frequent police calls to the vicinity of SIS sites.

Although Canada now has over 100 SIS operating in the country, including prison sites, a movement to close the public facilities has grown strong enough to exert influence over political figures and force some closures. By 2018, three Canadian provinces, Ontario, Alberta, and Manitoba, all elected premiers who ran on platforms that included opposition to SIS sites.

Though public opinion in Canada turned against SIS and there is a profusion of evidence revealing the multifarious visage of safe injection sites to the public, Illinois lawmakers seem determined to open SISs in Chicago. Under a proposal introduced by State Representative La Shawn Ford (D-8), the Illinois Department of Human Services would create and issue "Harm Reduction Service" licenses to operate a SIS. Ford’s bill would authorize SISs to open across the entire state.

Ford, a nine-term Democrat who represents the Austin neighborhood on Chicago’s far West Side, said his amendment to the Substance Use Disorder Act would be an element of overdose prevention and SIS facilities would save tax payers money while providing safety for addicts. Ford also said he was inspired to act after a visit to Vancouver, Canada, where the first SIS in North America opened in 2003. Curiously, Ford’s proposal to legally permit these sites did not include any language referring to treatment for addiction.

One day after Ford spoke at a press conference in Springfield, Alderwoman Rossana Rodriguez (33) delivered a tweet in full support of the legislation. Mentioning New York City’s experiment, Ms. Rodriguez was bathed in her usual blather about "keeping people safe," "providing care," and "addressing people’s needs." A politician whose tweets are either auto-humiliation or indulge her most errant flights of political fancy, Rodriguez’s fleeting missive on social media did not refer to treatment for those who live a life besieged by addiction.

Let’s specify in advance addiction is a problem in Chicago and the opioid crisis is only worsening, so it is crucial to treat this issue with the seriousness it deserves. Across the U.S., more than 100,000 people died of a drug overdose between May 2020 and April 2021 alone. In Chicago, the scourge of opioids took the lives of over 4,200 in the period of January 2018 to December 2020. Of the deaths recorded in Cook County between June and December 2020, 82 percent of opioid-related deaths involved the presence of fentanyl.

Advocates of safe injection sites argue the establishment of locations at which addicts can self-administer drugs prevent drug-related fatalities, curtail the transmission of infectious diseases, and are a foundation for addicts to unite with social service workers.

Yet while progressive lawmakers and activists claim injection sites are part of broad push to build an efficacious culture of health, proponents of SISs have no apparent plan to address any of the daunting issue these sites can present outside of merely mitigating addicts overdosing. For example: Language in the bill advanced by Representative Ford and supported by Alderwoman Rodriguez does not prescribe a path for addicts into treatment and recovery.

Outside the absence of any reference to treatment, Ford’s amendment to the Substance Use Disorder Act overlooks serious questions involving safeguards to prevent injection sites from developing into an oasis for addicts, those attempting to experiment with drugs or concern with repeat overdoses. Moreover, Ford’s bill fails to consider risks imposed by the location of SISs: Safe injection sites could conceivably invite further blight to neighborhoods. In almost every instance in every city SISs have been introduced, injection sites have been placed in communities where the bane of addiction, drug dealing, and other social maladies are already acute.

These problems taken together, SISs in Chicago would become magnets for crime, discarded needles or other drug paraphernalia, and bring on further decay in neighborhoods already suffering harsh conditions.

Aside from the manifold problems associated with SISs — most of which Ford and Rodriguez seem unconcerned — perhaps the fatal weakness in his amendment to the Substance Use Disorder Act is found in Ford’s words:

"We know that people are going to use, and we have to support them."‍

The rationale behind Ford’s proposal for SISs is a progressive ethos that public health policy should include an entire range of palliative options to assuage the harmful effects of drug abuse. Known as “harm reduction,” the practice originated with needle exchanges and was followed by the development of methadone clinics, which provided substitutes for drug dependency and treatment. Harm reduction has now evolved into supervised injection sites and is nourished by a belief among progressives the best method of serving the aftereffects of addiction is to manage drug use under the direction of trained medical professionals who can intercede in the event of a crisis.

While Representative Ford’s bill is commendable for its emphasis on the gravity of drug addiction, there are several flaws in his amendment. Paramount among the faults is it does not contain a stipulation for treatment for addiction. Second, the bill essentially encourages drug use, which is a glaring violation of basic moral standards. Finally, this bill normalizes drug use under the aegis of constructive engagement with individuals coping with the sickness of addiction.

State-sanctioned drug use is not the answer to addiction

Representative Ford’s amendment to the Substance Use Disorder Act is waving the white flag on the War on Drugs. While the decades-old War on Drugs had significant imperfections, akin to the principle of harm reduction, the campaign to prevent drug use recognized its shortfalls and refined itself mainly by recognizing addiction not as criminal behavior but a disorder and reducing the harshness of sentences for drug offenses. The War on Drugs also furnished the United States with a powerful slogan: "Just Say No."

Unfortunately, Representative Ford’s bill undoes some of the advancements of the War on Drugs, as the resonant message of his proposal for injection sites is drug use is admissible. A more practical and laudable proposal from Ford would have been a requirement for addicts availing themselves of injection sites to enter a dependency program, a determined advocacy for funding for public drug treatment programs, an appeal for federal grants from the Substance Abuse and Mental Health Services Administration or drug prevention programs. Treating drug abuse has changed greatly in recent years and a raft of new therapy and drugs to treat dependency have been introduced. With new therapy and medication-assisted treatment, recovery rates for addicts have increased and attitudes towards drug addiction have largely improved.

Ford’s proposal suggested none of this. As a result, SISs may arise and Chicago will doubtlessly witness addicts pinging from injection site to injection site, often narrowly escaping death. Moreover, as a result of Ford’s amendment to the Substance Use Disorder Act, neighborhoods which host SISs will imaginably decline further into third-world conditions, tent cities, filth far and wide, addicts digging through, living in and eating trash. Broken lives everywhere.

No solution to a societal ill should ever create more problems. A fix to drug addiction should invariably align with moral law rather than against it. Any legislative proposal confronting the misfortune of those addicted to drugs should send the salutary message drugs are a menace, encourage citizens to remain drug free, and be productive in the family, at work, and in society.

Representative Ford’s amendment to the Substance Use Disorder Act traps drug users, commits them to a life of hell, and is an abdication of Chicago’s responsibility to its citizens.