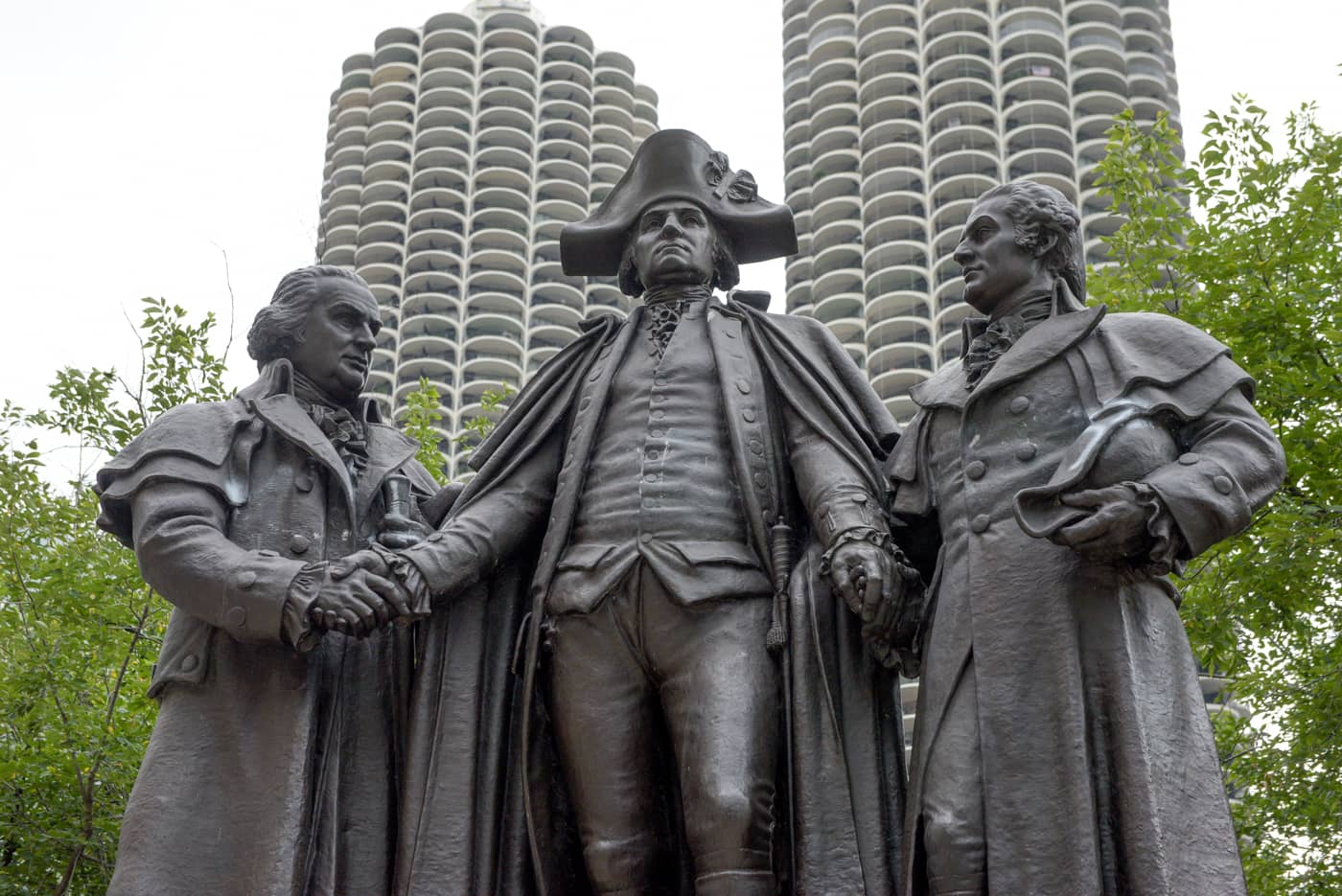 "All great changes are proceeded by chaos" - Deepak Chopra

The title of this essay is a homage to the fictional declaration made by Charles Foster Kane in what many consider to be the greatest film of all time, Citizen Kane. Around the middle of the film, one of Kane’s employees resigns in disgust and returns the statement, as Kane has betrayed it.

That’s an apt metaphor for the state of our city in the 21st century. Conservative voices often poorly received in a hostile community.

Nonetheless, we are compelled by virtue of our principles to speak self-evident truths. One of them is captured by a quote from Deepak Chopra (hardly a conservative icon): “All great changes are preceded by chaos.”

Chaos is what we have had in the last couple of years in the City of Chicago. Michigan Avenue looks alarmingly like 71st Street in South Shore, 63rd Street in Woodlawn, or the main street in Gary, Indiana — commercial districts with their best years behind them.

As a former South Sider, this author can tell you that when these tragedies happen south of Madison Street, nobody really cares, but when they start happening on Michigan Avenue everybody certainly should.

Statistics show something like 60 percent of the city’s tax revenue comes from just a handful of communities — the Gold Coast, the Near North Side, Lincoln Park, et. al. That is the economic engine that drives Chicago.

At its heart, Chicago must understand what its principles are, what its purpose is, and why it was founded. Like every other city in this country and probably everywhere, it was founded for economic reasons. Cities develop as centers of commerce and, in some cases, manufacturing. Chicago began as a center of transportation. It's where the rivers convene and allow for waterborne transit. It’s where the railways and highways form a central node of the vast transportation network that links our nation. It became an agricultural center, hosting meatpacking and stockyards. It remains a great financial center — home of leading insurance, banking, and trading corporations. It was a hub for conventions and tourism.

The point is that the business of Chicago and most cities (originally at least) was business. That’s changed. Today the city seems to be viewed as some sort of social welfare organization. We talk about affordable housing and social justice. But if social justice and criminal justice are deemed incompatible or even mutually exclusive, the whole principle of an urban environment is turned on its head.

History shows this happened in ancient Rome, for example. The Eternal City was obviously founded for practical purposes, but because of its being a Republic, it fell victim to the moral hazard of democracy. The cynical politician will take the easy way out and buy votes with bread and circuses. That political economy turns the real economy upside down. The value generation capability of the city collapses and with it the political structure.

In modern times, some might argue the federal government can support that kind of a non-business model, but given the political trends we see it's very unlikely that if Congress changes hands that there will be much support for cities in blue states.

So, what is to be done? We see the tide turning to some extent. It’s an election year. The rampant crime, lawlessness, and disorder that have plagued Chicago along with the pandemic have mugged many liberals with reality.

One of those realities is that crime craters property values and thus creates affordable housing in exactly the wrong way. Such housing is affordable, except nobody wants to live there, including the people who are unfortunate enough to have no other choice based on their economic status. Those are lose-lose situations. The city's tax revenue base loses, the people who leave these neighborhoods lose (although they'll be fine and they'll find greener pastures), and the people who inherit these neighborhoods lose because their lives will be fraught with criminal violence, abandoned by the very people who were out to help them.

You don't have to go far to see first-hand the tragic examples of this vicious cycle. Just travel down Jean Baptiste DuSable Lake Shore Drive (which is quite a mouthful now) and continue as it turns into South Shore Drive all the way to 87th Street (if you dare) and you can see what happens in these situations. These are visions of the shape of things to come for the entire city.

Chicago is famously resilient. Since its founding in 1837, it has survived a great many catastrophes:  The Great Chicago Fire, two pandemics, two world wars, the extreme societal uproar and chaos of the 1960s, the murder spree of the 70s (during which we were pushing the 1,000 murder/year mark), and the crack cocaine epidemic of the 80s and 90s, just to name a few. It has survived massive population loss: over a million citizens from 1960-1990. It has survived the loss of entire industries -- steel and stock yards for example. It has survived congenital corruption.

Now we face yet another existential crisis. As a lifelong Chicago resident, I know from experience these crises crash upon the Windy City like the massive waves that erode our magnificent shoreline. As in that case, we must fortify it against the waves of disintegration that threaten to return it to the lake. A lot of this city is landfill. We built it and we must maintain it if it's going to survive.

It' an open question: Can this city survive as we have come to know it and, if not love it, call it home?

This column will attempt to point out what the problem is and what the solution needs to be, to address the existential questions:

I submit that we must do what a democracy always does when it functions properly, which is do the greatest good for the greatest number of people.

This column will seek to enlighten people about exactly how to go about that and exactly how your political inclinations and actions should correspond with that noble goal.