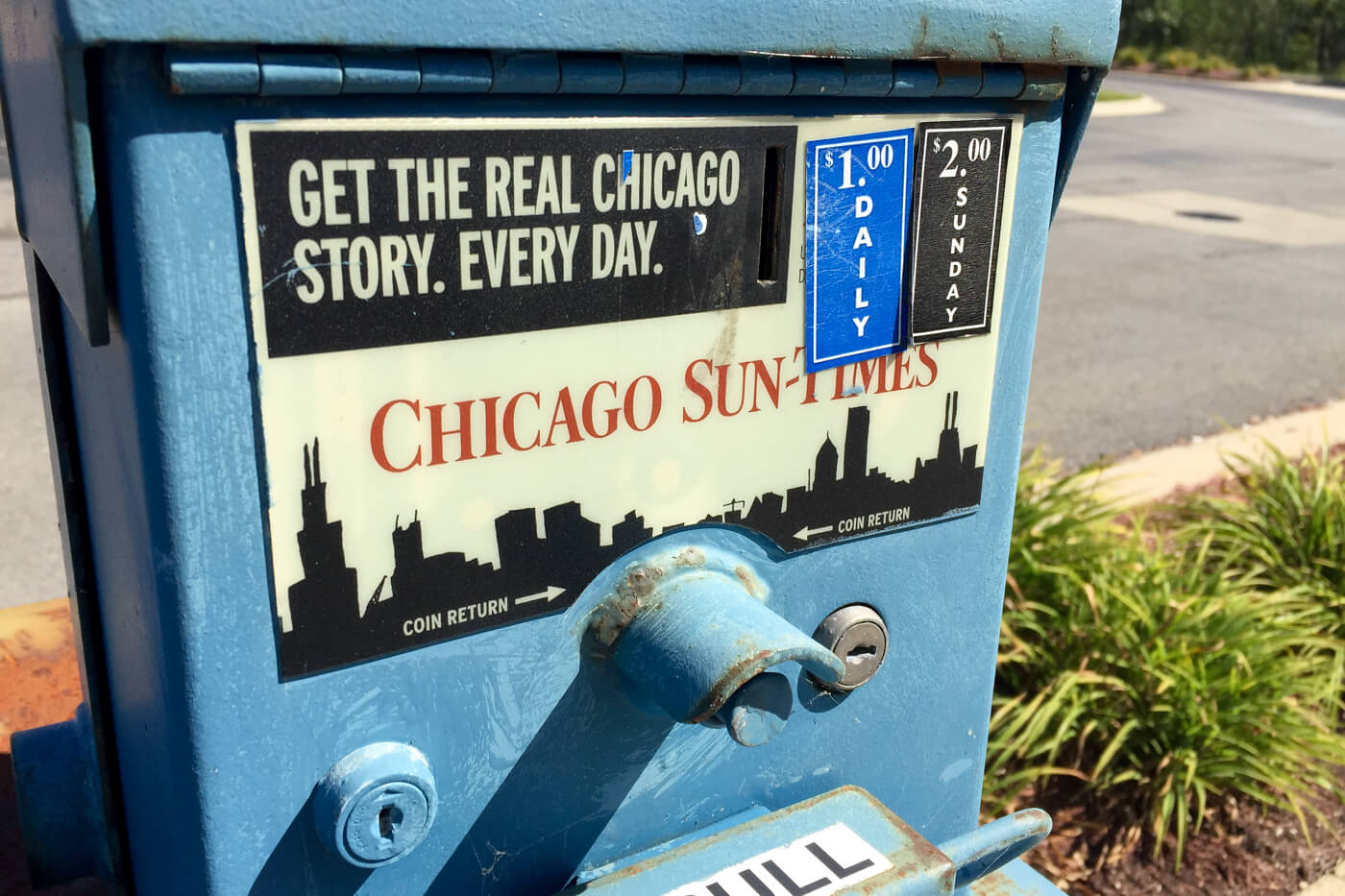 Building the obligatory manufactured narrative against the police before the evidence is even revealed, the Chicago Sun-Times once again places police at risk with their bizarre article about a police shooting of an armed 13-year-old in Little Village.

One of the most glaring shortcomings in the article is what it excludes: In the past month, four police officers have been shot in Chicago. This fact in and of itself should be mentioned in any article discussing police shootings.

However, the omission is particularly striking because Fran Spielman, one of five authors of the Sun-Times article, which also included Tom Shuba and Frank Main as contributors, does mention the fact that there were two other police shootings in the last week. Why mention the one and not the other? The statistics for both officers shot and officers shooting assailants goes a long way in illuminating a central fact about Chicago barely touched on in the Sun-Times article: Chicago, more than ever, is out of control. Criminals do not fear the police.

The Sun-Times article describes the incident as the youth “gunned down by police.” Does the Sun-Times not consider the possibility that the officer was legitimately trying to prevent himself from being “gunned down,” and so fired in self-defense? Since the police were responding to shots fired, reportedly captured on tracking technology called ShotSpotter, did the responding police prevent another person from being “gunned down”?

But true to the script that has governed the media in Chicago for four decades, the Sun-Times carefully and witlessly guides the narrative against the police. The Sun-Times reporters reinforce the sad fact that every police shooting, indeed, every police use of force, will now be tied to the Derek Chauvin case in Minneapolis. Illustrating their bias, the Sun-Times’ reporters quoted a Little Village resident who stated:

“It’s very disheartening, especially with what happened a year ago, with the [Derek] Chauvin trial and everything, ”Smith [a mother in the neighborhood] said, referring to the Minneapolis officer who is currently on trial in the murder of George Floyd. “And then Monday morning, come to find out it was a 13-year-old boy killed ... it’s just quite a bit.”

What an allegedly armed assailant, confronted after police were responding to gunshots captured on ShotSpotter, has to do with the death of an unarmed man in the course of an arrest in Minneapolis is not explained by the Sun-Times. Quoting a mother not even connected to the shooting to elicit ties to the trial against Chauvin hundreds of miles away is a prime example of Chicago’s chronic and despicable media mythmaking, not reporting, when it comes to covering the police.

Rest assured that every police use of force “reported” by the media in Chicago from here on out will have the obligatory ties to the Minneapolis incident as a fraudulent basis to conjure up “pattern and practice” claims against the police. Such is what passes for journalism in Chicago.

The cheap, slimy lead of the article is also standard Sun-Times’ claptrap. The youth wanted to be a police officer, the report indicated. How about some basic questions? Why was the youth, according to media reports, listed as a missing person at the time of the shooting? Other elements of the Sun-Times article should have undermined this desperate lead to the story. Someone had a gun in the vicinity of the shooting and had already shot it. ShotSpotter indicates as much. Two men were confronted by the police, Toledo and another man who had been arrested with a gun in Evanston. Was Toledo in the company of this man?

Don’t hold your breath waiting for Sun-Times “investigative reporters” to ask these seminal questions about the youth wanting to be a police officer.

Then there is a real whopper in the article. The Sun-Times quotes a prominent attorney, Matthew Topic, from the law firm Loevy & Loevy. Topic, the Sun-Times' writers explain, “specializes in cases involving public records and has represented the Sun-Times…”

Whoa. An attorney for one of the most prominent law firms in the country, a firm renown for suing police officers for misconduct over the last three decades, has performed work for a newspaper that routinely writes about police misconduct?

What kind of work? How much? Doesn’t the Sun-Times see a conflict of interest there?

One wonders. Is this connection to the civil rights law firm influencing the paper’s coverage of police misconduct claims? Has the Sun-Times ignored powerful attacks on Loevy and other civil rights law firms in the federal courts, attacks made by city attorneys defending the police in the cases? The Sun-Times, like their brethren at the Chicago Tribune, have built much of their modern identity on the police misconduct narrative, yet when those narratives are challenged in federal court, they go mum.

Check out these allegations made against much of the Chicago media establishment in the decision by former Governor Pat Quinn to commute the sentence of convicted killer Tyrone Hood:

“Mr. Quinn’s decision set in motion a chain of events that led directly to the reversal of Plaintiff’s [Hood’s] convictions and these lawsuits, but the decision was not based on the discovery of any new evidence exonerating Hood . . . , such as DNA or eyewitness testimony excluding [him] from the crime—that evidence does not exist. Rather, it was the product of an intense media campaign by Hood’s attorneys involving local and international celebrities, NBC Chicago, Peacock Productions, the Chicago Tribune, and the New Yorker Magazine.”

These allegations have not been reported anywhere in Chicago.

So when the Sun-Times claims it wants to see the videos of the incident involving Adam Toledo, is their intent to fairly view and portray them, or are the recordings merely regarded as potential instruments to gin up police misconduct claims?

As another part of the template for police shootings, the Sun-Times put the obligatory comment from a community group that “he was skeptical of the police version of events.”

Like the rest of the so-called journalists in Chicago, Sun-Times’ personnel seem wholly ignorant of the deep mistrust they have garnered in the public, which has grown weary of activist journalism the Sun-Times so clearly represents.

It’s the media that’s struggling for relevance and public trust. The police are still summoned day and night by a citizenry desperate for protection from gangs the media is trying to make into heroes and victims.

The Sun-Times article only points to a truth most cops already know: They will never get a fair shake from the Chicago media.