The Business of Chicago is No Longer Business 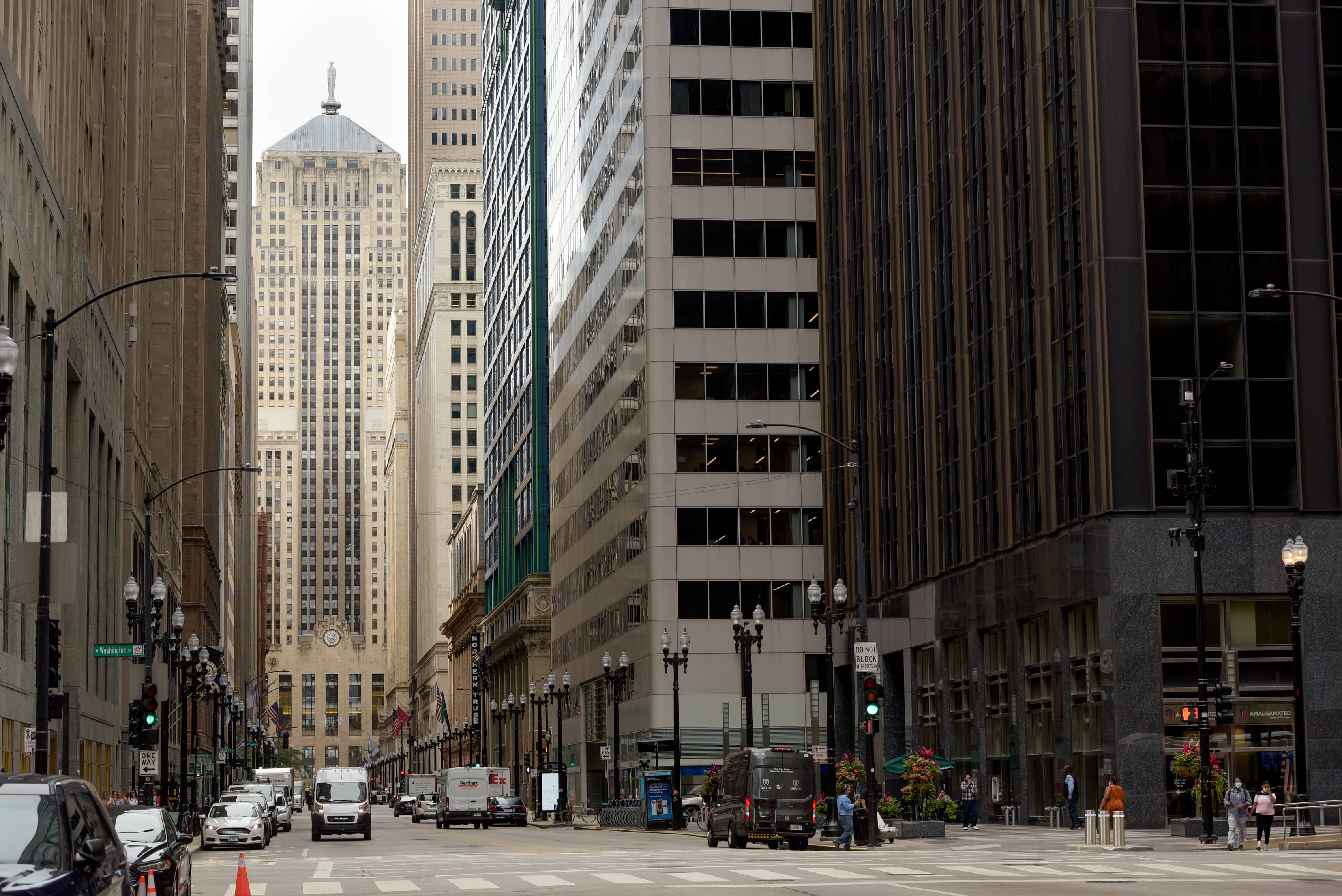 Before Kim Foxx and Lori Lightfoot led Chicago’s descent into criminal chaos, executives who lived on the Northside and in suburbs surrounding the Windy City would look forward to mornings downtown.

Perhaps an early morning squash game at The University Club would start the day. Or a yoga or fitness class at East Bank, followed by breakfast with a client.

For those wanting to take in the fresh, crisp lakefront air, a run on the lakefront might have served as their daily Chi-town sunrise salutation.

But these early morning memories are fading as fast as you can say “private police force” in Lincoln Park. That’s right, North Orchard and Burling, among other streets in Lincoln Park’s most affluent blocks, have taken matters into their own hands after local carjackings, murders, assaults, shootings, break-ins, rapes and more, hiring their own private security force which is trained to take direct action to stop crimes in progress.

Some of the most well-to-do Northside residents have told Chicago Contrarian they have even armored their cars, bulletproofed their house windows or hired private security as personal drivers. One cyclist even told Contrarian he puts a Derringer pistol in his saddle bag on his road bike when going out for rides.

Indeed, for many who used to work downtown — including the author of this column, whose employer opted to close its Chicago office in 2021 after multiple murders, shootings, stabbings, and carjackings literally on its front corporate doorstep in Streeterville — the business of Chicago is no longer business, but survival for those who opt to stay.

And fewer are staying: Thousands of executives will soon be leaving downtown as Tyson, Boeing and Citadel become the latest firms to announce they are closing their Chicago corporate headquarters and moving out of state (and the suburbs are not immune, either, as Caterpillar has announced it is leaving Deerfield). Even Banana Republic, the clothing chain, cannot take a banana republic for a city, and it became the latest retailer to reportedly plan to close a major downtown store, announcing its intent to shutter its Michigan Avenue location in October.

But most important, for those that remain, avoiding or minimizing time downtown, especially outside of business hours when the streets give up any semblance of lawfulness, has become a survival strategy.

“What I find most humorous is how even liberal executives who celebrated Lori Lightfoot’s ‘healing process’  during the summer of 2020 now don’t want anything to do with downtown Chicago,” a local SaaS technology CEO told the Contrarian.

“An executive in my long-time Chicagoland CEO peer group who lives in the Chicago suburbs and has never voted for anyone but the Cook County brand of Illinois Democrat, was more adamant than more conservative business leaders in my group about not having a monthly meeting in downtown this fall because of crime, so we voted to keep our November get together outside the city.”

But sometimes coming downtown is unavoidable. Contrarian has learned of other executives from Wilmette and Lake Forest who now quietly “FOID-carry” personal protection on Metra trains in preparation for their walk to the office after the station, as even an Illinois Concealed Carry Licenses (CCLs) does not permit the carrying of firearms on local public transportation, unlike other cities.

Some business leaders who must come downtown are willing to break the law and are fully aware of the consequences:

“I know of very senior financial and professional services executives from Naperville and North Shore suburbs who have concealed carry licenses that are willing to risk a citation or worse to protect themselves by carrying to and from the office even where it is not allowed,” volunteers one executive in the professional services industry.‍‍

“We are all terrified about what has become of The Loop before 8:00 and after 5:00 PM (and the West Loop is getting worse). The police do nothing anymore because they are not allowed to, and thanks to Kim Foxx, criminals are now the victims, who are released almost immediately to the streets if by chance they are caught. I know someone who was actually carjacked twice in Bucktown and Ukrainian Village. You simply can’t make this stuff up anymore.”

“We feel like sitting ducks in a social justice experiment,” he adds.

A media executive who previously lived on the Northside was willing to trade the liveliness of a neighborhood he “loved for decades” for a safer primary residence outside the city. And after multiple shootings and carjackings in his previously safe neighborhood, he changed his mind on social justice in Chicago.

“I used to read CWB Chicago religiously,” he notes, “but it just makes me more and more depressed when I hear about all the crime in Lakeview, Lincoln Park, Roscoe Village and the rest of the city. One of my children marched on Michigan Avenue after the George Floyd murder. We thought we could bring positive change, and I even supported a new approach to policing.”

“But I was so wrong. Two years on, progressivism has destroyed the social fabric of this city by putting everyone’s life and property on the line. Both those with means and those less fortunate have become lab rats for an equity experiment gone horribly, horribly wrong, as Foxx, Lightfoot and Preckwinkle serve as the leading woman, director and producer, respectively, in an urban chaos production where we are all unpaid stunt actors."

“Violent crime has climbed 37 percent this year so far, and that’s the reported crime. I have friends who have called to report active crime scenes in situations where the CPD is now so understaffed they never arrive.”

“Why risk being a statistic if you don’t have to be when the business of Chicago is no longer business, but a George Soros backed social justice horror show,” he concludes.