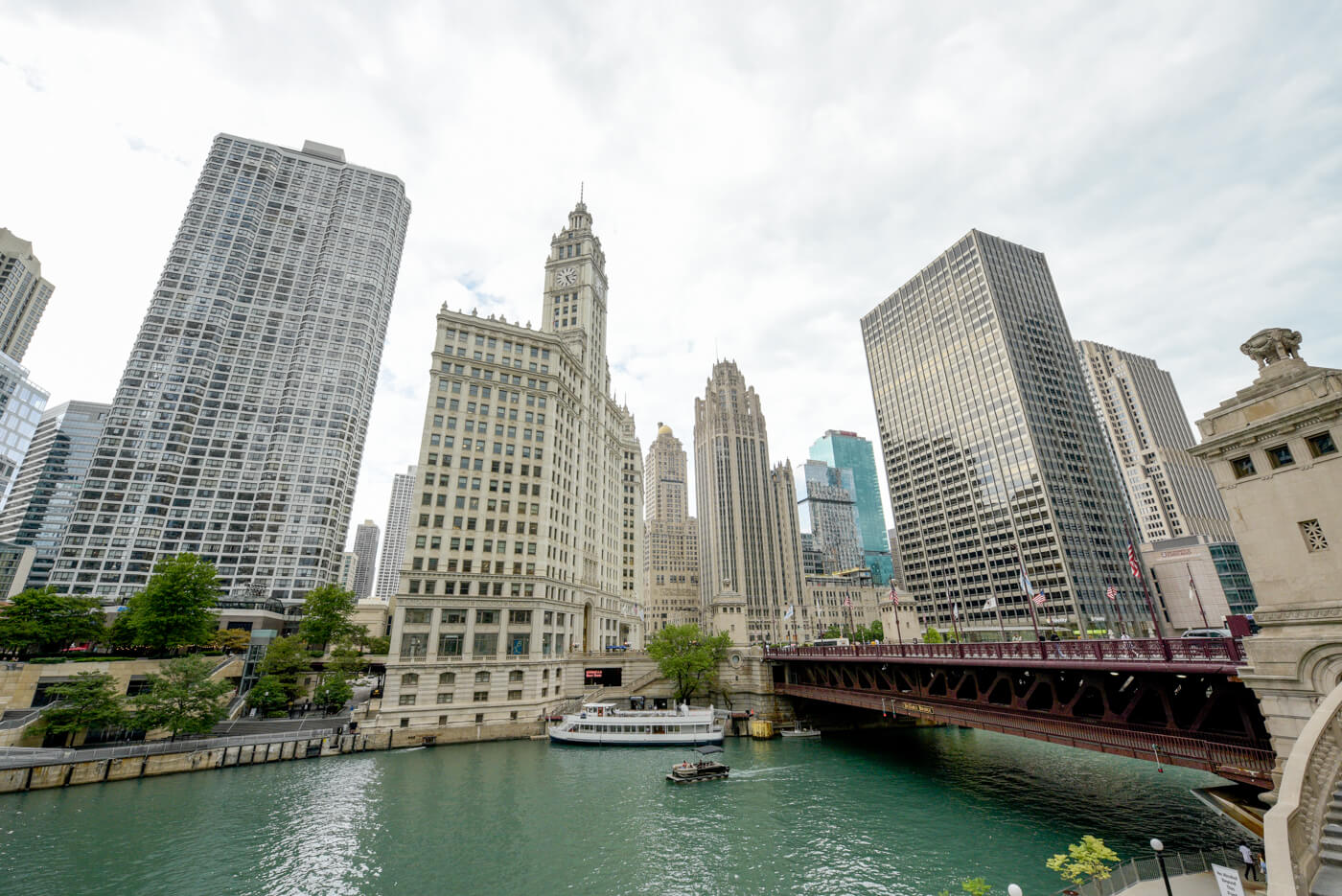 City officials also failed to disclose the failure of the Chicago's 911 system during BLM protests and the resultant multiweek gap in crime data.

Just over a hundred years ago, in the poem, The Second Coming, William Butler Yeats tried to make sense of the senseless horror and tragedy of World War I. This apocalyptic vision can serve as a metaphor for the very center of Chicago a century later.

The Chicago Contrarian recently came into possession of the raw crime data from the 18th Police District for years 2019 and 2020. The singular headline from the overall analysis is simple, the heart of the city has fallen.

This is information that City Hall does not want to get into the public domain. If investors, business owners, tourists and residents knew the actual crime statistics in Chicago’s 18th District, they would demand that city officials be held accountable. And the exodus from downtown (and the city at large) would be even more dramatic.

For those unaware of the preserve over which the 18th District is responsible for policing, perhaps an image gestalt can paint a picture. Think John Hancock, Water Tower Place, the Lincoln Park Zoo, Navy Pier, everything on the Mag Mile — the giant Starbucks (formerly Crate and Barrel), the Nordstrom mall, the Nike store etc — essentially the landmass that runs from Wacker Drive to the South, to Lake Michigan to the East, to the River to the West and Fullerton Avenue to the North. The “Clybourn Corridor,” better known to locals as Little Naperville, also makes up the 18th District.

The neighborhoods include: The Gold Coast, Streeterville, River North, Old Town, and the toniest parts of Lincoln Park, including the most expensive housing blocks in the city with their own “private police force” paid for by residents. In short, when people say “downtown,” they largely mean the Chicago Police Department’s 18th District with the noted exceptions of: The Loop, Millennium Park, West Loop, South Loop etc.

It is this center that has fallen.

In a pandemic year, one would expect to see a significant drop in crime, especially given the shut-down orders, school closures and work-from-home edicts. The data from the 18th District supports that hypothesis. At least it appears to.

In fact, police complaints (reports) dropped by 42 percent for all crimes and arrests declined by 50 percent. So far, so good — these statistics serve precisely as the type of data city officials and the mainstream media would like to perpetuate.

This data, however, should give anyone living or doing business in Chicago a moment of pause. How can the data show a decline when anecdotally residents have become pretty vocal about the rise in carjackings for example, or burglaries, and assaults? Simple. The mainstream media fails to apply data analytics and analysis to the headline numbers.

A closer analysis of the data suggests several much more troubling trends that should scare any Chicago resident. Specifically, the number of certain types of crime, most notably more violent crime has skyrocketed, in a year in which one might expect all crimes to fall (by 42 percent on average, specifically). So what did the data show?

Another alarming statistic involves “where all crimes occur” from a geographic perspective, and for this, one can use a classic Pareto analysis. For those readers unfamiliar with this kind of analysis — it refers to the 80/20 rule. 20 percent of the data explains 80 percent of the story.

Taking this type of analysis into account, and examining the total number of crimes by city block, Michigan Avenue far and away sees the most crime, particularly the 400, 500, 600, 800 and 900 blocks.

Let us repeat: Michigan Avenue is the epicenter for many crimes committed in the 18th District.  Also joining the “Top 10 Highest Crime Blocks” — the 500 block of State Street, the 100 block of East Grand, the 200 block of East Huron, the 400 block of West Division and the 015 block of North Clybourn.

Readers can consider themselves forewarned.

Many crimes occur between people who know each other as well as inside the home. For the purposes of this analysis, data that pertains to outdoor public spaces seems like a more relevant and useful analysis as it likely contains more randomness, of which the public may have the greatest concern.

From this lens, examining all public outdoor spaces (stores, shops and schools are excluded from this analysis), the top five crimes committed in rank order along with the top venue in which the crimes occur appear below:

If a Tree Falls in a Forest...

As we all know from the 2020 election, the early and absentee ballots led to the results we ended up with — whether you are happy about them or not! But imagine if we failed to count those ballots? How would the voting have ended up?

Imagine if Chicago crime data in the 18th District failed to even record activities during the height of criminal activity in 2020. That’s right. The data is missing from the record during the summer riots.

Hence the numbers we have reported thus far are, in fact, undercounting crime. The only question is: by how much.

Mayor Lori Lightfoot has gone on record indicating that the city’s 911 system fielded over 65,000 calls/day during the George Floyd riots. According to both published press reports and CPD contacts, the typical daily call volume for the whole of Chicago reaches about 15,000 calls per day. Starting on May 29, the first day of the Floyd riots, call volume increased dramatically reaching the 65,000 per day level indicated by the mayor.

However, the 65,000 call volume did not appear as a singular one-day event.

Sources tell The Chicago Contrarian that because manpower came out of the districts across the city, many of the routine calls went unanswered, let alone the thousands of 911 calls. Our sources within the CPD say that no call means no police report and consequently, no arrests.

Press accounts of Mayor Lightfoot's comments suggest this occurred only on one single day. However, police sources confirm this is simply untrue. The city’s 911 system could not handle the call volume between May 29 and June 7 (the first riot wave), in July over the toppling of the Columbus Statue in Grant Park, nor the riots and looting occurring on August 9 through the morning of August 10.

In other words, the total crime statistics reported for the 18th District in 2020 appear “undercounted”. A simple back of the napkin analysis suggests this is so. Instead of city crimes falling by 42 percent during the pandemic, crime likely actually only dropped by 39 percent based on a conservative estimate*.

But one must also take into consideration one additional point which could flip the numbers on their head. The 65,000 un-fielded 911 calls per day during the riots likely contained a higher number of “actual crimes” compared to the baseline 15,000 daily call volume. Why? Because the 911 calls on the riot/looting days likely came as a direct result of the riots and looting — property destruction, theft etc.

After all, the initial economic property damage incurred by the city, according to a Wikipedia entry on the subject, totaled $125m. The resultant economic damage, lack of investment and destruction of the Mag Mile as a major tourist attraction and shopping thorough-fare will likely equate to some multiplier of the $125m in property damage, let alone the overtime pay incurred by the police.

In short: A reasonable party might even suggest 2020 crime increased when all of these factors are taken into account. Despite the pandemic. Despite the lockdowns. Despite store closures.

But we will never know.

What Should The Data Have Shown For a City on Full Lockdown for One Third of 2020?

What “should” the 2020 crime reports and arrest numbers actually show? Given that the city had a full lock down in place from March 13 - May 30 (11 weeks), with an extension to June 3 and then with businesses cautiously resuming operations on July 24, but the actual government order allowing Chicago to move to phase IV occurring as late as October 1, and new stay at home orders implemented on November 16-present (6 weeks from November 16 - end of the year), the city actually remained in complete shutdown for 17 weeks or nearly one third of the year. And as a cynic from the CPD might say: “many of those are prime shooting months under normal circumstances.”

Moreover, for many of the periods not under full lock-down orders, many rules curtailed normal life including curfews, restaurant and crowd capacity restraints to maintain social distancing etc. In other words, “normal life” for most Chicagoans still fell under tough restrictions. Given this, crime should have easily halved in 2020 based on the pandemic closures and curtailments.

But it did not, even if we exclude the unreported data from the most violent weeks of 2020. However, the anecdotal evidence is there. Citizens are leaving in droves, especially those who can afford to. And businesses are not renewing leases. One Chicago executive we spoke to who also looked at the data suggested the city would see an even bigger exodus than it already has (nationally, Chicago ranks No. 2 for largest city exodus during the pandemic only behind New York City).

But not everyone can afford to leave. Many who stay are arming themselves because they do not want to be victims. Wait times for FOID cards and CCL (conceal carry licenses) have increased dramatically throughout 2020 and into 2021. Gun stores in Indiana and the Chicago suburbs report they have struggled to field all of the requests for firearms from city residents. Moreover, in the Chicagoland area, both ammunition sales and prices have skyrocketed in the face of unprecedented demand. If you think it’s QAnon stocking up on the canned goods, Glocks and gunpowder, think again. Women and minorities serve as the fastest growing concealed carry permit holder populations.

Recent trending data throughout Q4 and early 2021 (especially assaults, theft and violent crime in and around Michigan Avenue), suggest the conditions are worsening. Armed assault, carjackings and shootings are becoming a daily occurrence around the Mag Mile and the North Side.

While long-time residents might be leaving, business owners face tough decisions as to whether or not to force workers to return to the office, even after the pandemic recedes. The executive we spoke with will discourage employees from coming back to the office in 2021 because it is not safe. He observes that progressives and their social justice policies are leading the center of Chicago into a criminal apocalypse which will make it impossible to conduct business as usual, even after the vaccine roll-out.

He suggests that rampant crime, car jackings, battery, assault and new policies such as the “no bail” requirement as well as the “catch and release” policies implemented by the Cook County State’s Attorney’s Office (a la Kim Foxx) — not to mention Cook County’s notoriously lenient judges who let violent offenders out on the streets often in days — are striking fear into employers up and down the Magnificent Mile, many of whom do not plan to renew upcoming leases. “Although it is no laughing matter, I never thought I would say the 18th District would become a sanctuary police district for carjackers,” he notes.

Or with apologies to W.B. Yeats: Things fall apart; the center cannot hold .