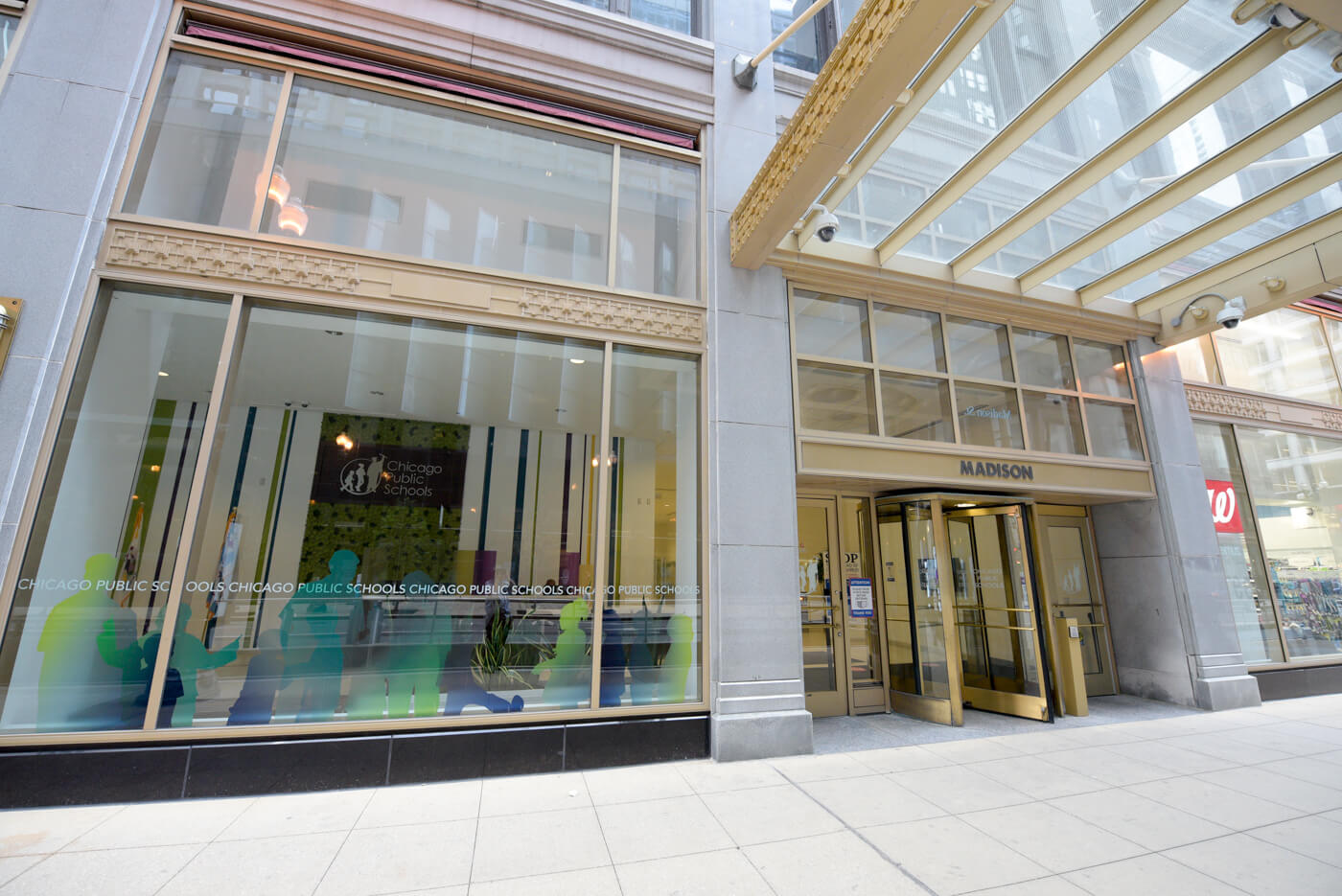 Does the CPS verify residency?

While much lip service is paid to the need for better schools in Chicago, under a scheme which has the approval of Mayor Lightfoot and the Chicago Public Schools (CPS), the problems plaguing the Windy City’s hopelessly failing schools are only being perpetuated rather than being fixed.

When the announcement William Howard Taft High School would expand to include a facility at the intersection of Irving Park and Oak Park Avenue, residents in the Dunning neighborhood on Chicago’s Northwest side broke out the champagne and party blowers. A satellite campus which was nominally proposed to mitigate overcrowding at the Taft site in Norwood Park, the location for the Taft Freshman Academy was chosen with an explicit pledge from CPS officials to Dunning residents. The vow was an assurance to anxious Dunning residents that pupils registered in three neighborhood schools, Canty, Dever, and Bridge Elementary Schools, and half of the pupils enrolled in Portage Park's Smyser Elementary, students who ordinarily would be destined for Carl Schurz, Steinmetz College Prep, and Foreman College and Career Academy, would enjoy the privilege of matriculating at Taft Freshman Academy.

Unsurprisingly, the promise was not fully kept. Contrary to the CPS’ assurances, a little more than one year later Dunning residents were embittered to learn certain conditions had been created for Canty, Dever, Smyser, and Bridge Elementary School students to attend Taft Freshman Academy. In a stunning betrayal from its commitment in February 2017, the CPS declared students from Canty, Dever, Smyser, and Bridge schools could only attend Taft if the new Freshman Academy had sufficient seating, if the pupil was already enrolled in Taft’s Academic Center or if parents living within the proximity boundary were willing to affirm their intent to enroll their child at Taft over other high schools which offer special programs, such as, for example, Lincoln Park High School's program in the Visual Arts.

Circumstances which were hardly appealing to residents in Dunning who had been guaranteed entry to Taft’s freshman campus, it will benefit readers to fully understand precisely what makes Taft so desirable a school to attend and how some students gain admission. Though the Dunning community is served by three local high schools, Carl Schurz, Steinmetz College Prep, and Foreman College and Career Academy, all three schools are saddled with the reputation of failing schools. In addition to suffering a miserable academic image, Schurz, Steinmetz, and Foreman only recently added advanced courses such as an International Baccalaureate or pre-engineering program, and only Schurz offers vocational training. Worse, the gang infiltration of all three schools hampers learning, and because of the restorative justice rage sweeping Chicago schools, discipline is virtually impossible to enforce. Nevertheless, while fault for the listless academic performance among students at Schurz, Steinmetz, and Foreman rests with disinterested students, inept administrators, incompetent teachers, to place all the blame at the feet of the three high schools is wholly unfair and ignores some unpleasant truths.

While internal hurdles play a significant role in Schurz, Steinmetz, and Foreman suffering from inferior reputations, the schools’ woes are exacerbated by the behavior of administrators at Taft High School. A dirty game in which all the rules regarding residency are broken, with the blessing of CPS leadership, Taft High School has created an admission mechanism which enables the school to ignore residency requirements to lure higher-performing students from elementary schools which feed into Schurz, Steinmetz, and Foreman into three specialized programs. A clever if not Machiavellian admissions scheme, at the very heart of this subterfuge is the school’s International Baccalaureate Diploma Programme (IB). A global study program recognized by most major universities, Taft’s IB curriculum offers a concentration in six subject areas: English, World Language, History, Science, Mathematics, and the Arts. Similarly, Taft offers a Navy Junior Reserve Officer Training Corps (NJRTOC), a character education, student achievement, wellness, and leadership program. Last, and the most creative feature of Taft’s admissions ploy, the 7th and 8th grade Academic Center. In essence a junior high school, its artful design allows Taft to extend candidacy in its IB program to students as young as thirteen.

These programs, along with several other academic and career courses offered at Taft, and its attractive Norwood Park location, create an irresistible appeal for potential students. Above its broad curriculum, Taft, not unexpectedly, has earned wide recognition for its academic rigor. In 2017, there was joyous celebration among the student population, faculty and administration when CPS officials designated Taft a Level One school. A stamp of prestige for academic excellence conferred on few Chicago schools, Taft was now placed in a rarified tier for flouting every mandate governing residency for its pupils. This, of course, was of no concern to Taft principal Mark Grishaber, who with triumphant tone in 2018 claimed 90 percent of Taft’s students lived within the school’s boundaries. Sadly, this was not strictly true. In fact, as of the 2020-21 school year, of the 3,960 students enrolled at Taft, 1,095 did not reside within the high school’s set boundary. While Taft’s fuzzy math may suggest the school is overcrowded, only 2,865 students enrolled at Taft live in the school’s boundary. In sum, Taft High School is not necessarily overcrowded, and it is doubtful the new freshman campus, built at a cost of $95 million, was needed.

While Taft’s admissions design is having staggering implications on Schurz, Steinmetz, and Foreman, the students and the schools are not the only casualties. Though the Taft Freshman Academy was built in Dunning, and students living in the community face strict limitations on enrollment, because Dunning residents live outside Taft’s boundary, residents do not meet the requirement to either vote in or stand for election as a community representative for the Local School Council (LSC).

As troubling as Taft’s admissions contrivance is, it is even more unsettling Mayor Lori Lightfoot and the CPS leadership permits this chicanery to continue without protest. The perfect idlers, though the mayor and CPS officials frequently express a commitment to change and improve Chicago’s schools, that Chicago’s mayor and CPS leadership enable this is an appalling failure to uphold their responsibilities to both parents and pupils. The mere fact Taft is allowed to involve itself in this sort of deception sends a powerful message to thousands of Chicago residents the caretakers of Chicago’s schooling system have a specific set of priorities and preferences. Among those primacies are the CPS’ desire at any cost to find a success story within its failing schooling system, it is only interested in investing money into schools which show they can come close to living up to its promises, and its willingness to move the goalposts to ensure its objectives are met. Lamentably, by allowing Taft to continue to hollow out Schurz, Steinmetz, and Foreman, the CPS leadership is fostering a sense of hopelessness among thousands of pupils.

All of this involves a peculiar irony. This is ostensibly the age of “equity,” “inclusion,” and “investment” in “historically disinvested” communities in Chicago. In this age of “equity” and “inclusion,” it is an axiom an emphasis be placed on those who languish on the bottom-most rung of the social ladder. The majority student population at Schurz, Steinmetz, and Foreman is Hispanic. In this age of “equity,” “inclusion,” and “investment” in “historically disinvested” communities, here is the mayor of Chicago and the CPS leadership winking in the direction of Taft High School as Taft’s administration slyly crafts an admission policy which casually strips students and funding from majority-Hispanic schools in the attempt to build an impeccably credentialed school on the Northwest side. Naturally, competition is respectable in a school setting, but the competition in which Taft is allowed to engage is ransacking three Chicago high schools.

Mayor Lightfoot and the CPS are at a crossroads. Both the mayor and the CPS must choose whether Taft should be designated as a select school or will be forced to abide by regulations concerning residency. Should Taft be granted the right to continue with its underhanded admissions practices, Ms. Lightfoot and the CPS would be legitimizing Taft High school blissfully picking clean the carcass of three high schools.

Taft High School is well on its way to achieving a Level One Plus standing among Chicago’s public schools. A label Principal Mark Grishaber appears to desperately covet, the genius of the system Taft’s administration has created in the race for the Level One Plus rating lay in the obstacles the school has created to obstruct low-achieving students from gaining admission. Taft is likely to earn the Level One Plus classification in the near future, but the school should guilt ridden before experiencing any sense of pride. In the feckless pursuit of a meaningless title for the school, Taft’s admission policy should be recognized as a tutorial for how to game the system at the expense of Carl Schurz, Steinmetz College Prep, and Foreman College and Career Academy.