The Chicago Tribune Eats its Own 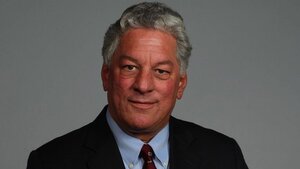 The question emerges in the wake of a letter sent by executive board members of the Chicago Tribune’s newly formed guild, who are in the process of negotiating their first contract with management.

According to Robert Feder’s blog, members of the Chicago Tribune Guild’s executive board signed a letter condemning the Tribune’s 37-year veteran columnist, John Kass, one of the last remaining conservative voices in Chicago print media.

Kass’ mortal sin? He wrote a column pointing out what conservative journalists all over the country have questioned: Billionaire philanthropist George Soros’ support for anti-police prosecutors that have turned their administrations into anti-police outposts.

In his July 22 column, Kass wrote:

“But these Democratic cities are also where left-wing billionaire George Soros has spent millions of dollars to help elect liberal social justice warriors as prosecutors. He remakes the justice system in urban America, flying under the radar.”

“The Soros-funded prosecutors, not the mayors, are the ones who help release the violent on little or no bond.”

“In Chicago, Philadelphia, San Francisco, St. Louis, and elsewhere, it is the mayors who are the faces of their cities, not the prosecutors.”

The board members of the guild were apparently so outraged by Kass’ column, echoed for than a year by conservative writers throughout the country, they dashed off a letter to the paper:

“The essential point? The odious, anti-Semitic conspiracy theory that billionaire George Soros is a puppet master controlling America’s big cities does not deserve a mainstream voice, especially at a time when hate crimes are rising.”

“And let’s be clear: This column from the Tribune’s lead columnist does a disservice to our entire institution, not just the editorial board, for which he nominally works. It undermines the efforts of our newsroom to provide fair and diligent reporting to readers who, we all know, don’t always grasp the distinction between “opinion” and “news.”

“We ask that the paper, and Kass separately, apologize for his indefensible invocation of the Soros tropes. And we would welcome the opportunity to speak with him and with newsroom management about the matter.”

“We are, all of us, fighting for the future of this institution. Let’s work together to make it known more for journalism — work such as vital scoops on the feds coming here and investigations like “The Quiet Rooms” — than for incendiary viewpoints.”

Never mind that the record is clear about Soros’ support of candidates in prosecutor campaigns throughout the country, including Chicago. In fact, it is a legitimate question whether Cook County State’s Attorney Kimberly Foxx could have won without the last-minute infusion of money from Soros. And it’s painfully obvious that many of these cities, again, like Chicago, are exploding in violence and rioting since these prosecutors have taken over.

No mention was made in Kass’ column about Soros’ religion. Not a word. What does Soros’ religion have to do with anything, anyway? Are the guild members arguing that Soros is simply off limits to criticism for his financial support of radical prosecutors in cities now running red with daily shootings? Are the journalists at the Tribune really telling a fellow writer what he should and shouldn’t say?

The guild’s letter begs one crucial question: Is this how you treat someone who has written some of the most popular and insightful commentary on Chicago politics for three decades?

The journalists forming their guild are concerned about stereotypes? This would be the same journalists that have carried on a relentless war on Chicago police officers for more than three decades based upon half-told tales, false claims, and cases that have imploded under renewed scrutiny, cases often predicated on a “pattern and practice” of police corruption based on racial animus?

Why can’t someone point out a possible pattern and practice behind the lawlessness in Chicago and other American cities.

Is something far more sinister taking shape at the Tribune with the publication of this letter?

Could it be that the guild members are engaged in their own process of self-censorship at the paper? Police officers throughout the city, active and retired, have accused the paper of not telling the whole story in police misconduct cases, particularly wrongful conviction claims. They are fed up with being labeled racially motivated in their policing, fed up with the journalists acting more like activists than reporters.

Indeed, Tribune narratives have suffered potentially mortal blows in the last few years, particularly the collapse of the most influential wrongful conviction case in the state’s history collapsed in 2014. That was the year Alstory Simon walked out of prison for a double murder originally charged against Anthony Porter. But the Porter scandal is only one case. Many others are being ripped apart the federal courts to this day, and the Tribune is remaining silent about this criticism.

No letters about this revolting journalism, this outright stereotyping of police officers?

But perhaps it’s even worse than that. The election of Kimberly Foxx served as a great boost for the Tribune. As a far-left ally of such police haters such as former Black Panther Bobby Rush, Foxx demonstrated a willingness to vilify the police from the beginning of her term, including her willingness to resume the exonerations of convicted killers and rapists that had been undermined by her predecessor Anita Alvarez.

In doing so, Foxx boosted the doomed narratives of the Tribune’s progressive journalists. Is this one reason they attacked Kass so viciously? Did Kass hit a nerve?

And so, as they have been doing for four decades against the police, the guild is playing the one card still remaining in their arsenal: The race card.

Now, at least, Kass knows what it is like to be a Chicago cop.