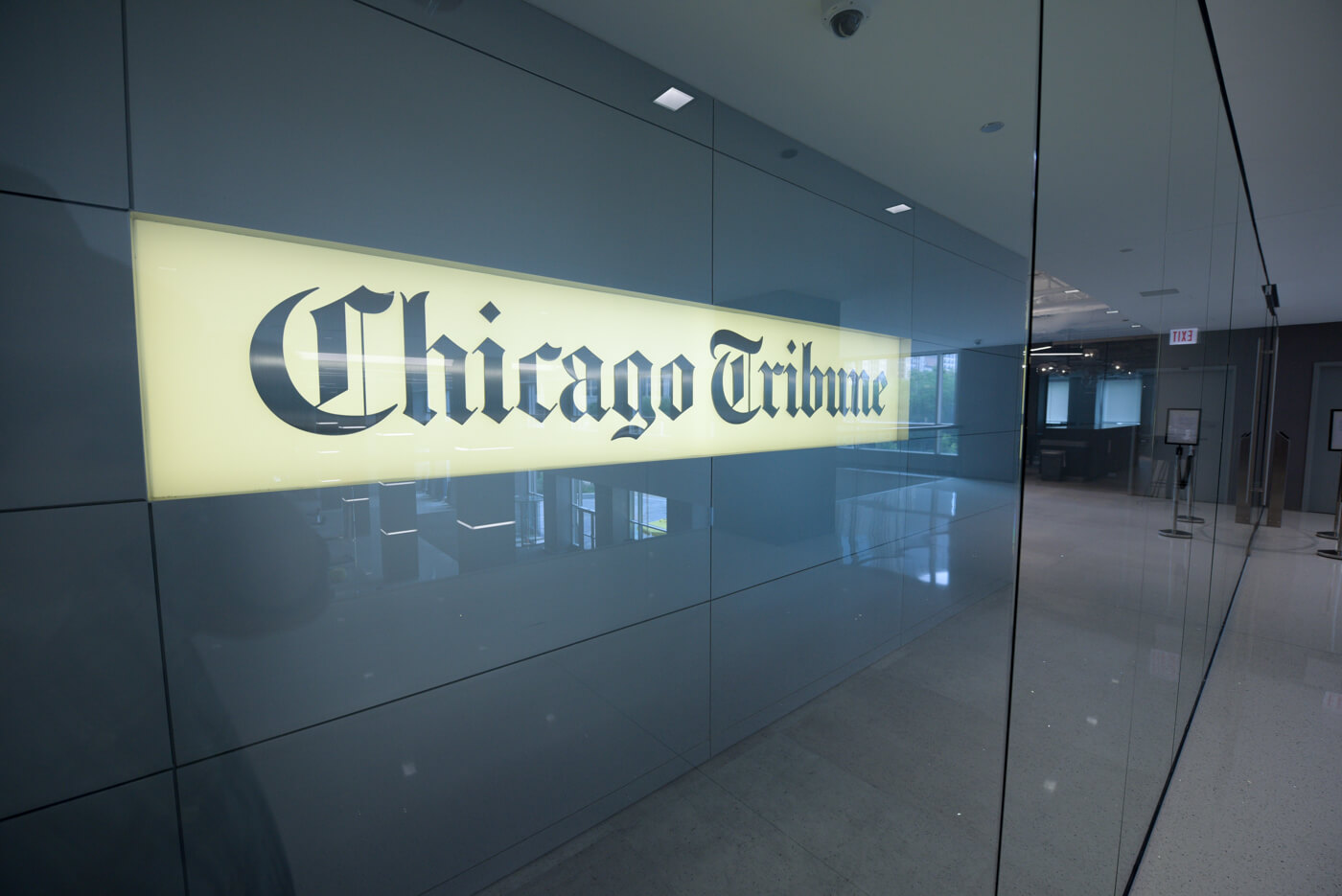 As the future of the paper remains uncertain, a window of opportunity for atonement by Tribune reporters is closing.

Retired Chicago police sergeant Charles Salvatore went out to his garage after seeing Anthony Porter on television being released from death row in 1999.

Salvatore, a thirty-year veteran of the department, was one of the lead detectives in the double murder case against Porter for the 1982 murders of Marilyn Green and Jerry Hillard in Washington Park. A devout Catholic, Salvatore was overwhelmed from the news frenzy, pushed heavily by the Chicago Tribune and CBS, claiming Porter innocent of the murders and another man, Alstory Simon, guilty.

Despite Porter’s shocking criminal history, Salvatore was devastated that he might have put an innocent man on death row. In his garage, he kept copies of many records of his cases as a detective, including the Porter investigation. As Salvatore dug out the records of the Porter case and reviewed his investigation, his mood turned from astonishment into anger.

Now irate at Porter’s release, Salvatore’s brief re-examination of case documents only reaffirmed his conviction that the evidence still pointed to Porter as the killer. More so, Salvatore began to see that the “investigation” of the case by a Northwestern University professor and his group of student sleuths that claimed Porter was innocent and Simon guilty was full of holes.

A new urgency emerged among the detectives who worked the case. There was widespread belief among many detectives from the 1980s that they were being falsely accused of coercing confessions from suspects. Many detectives believed that once a police officer was accused of misconduct in one case, many others would begin to emerge, often from prison inmates as word spread that these allegations could pave the way to gaining a release from incarceration, but also a huge payday from the Chicago police. A police officer’s retirement would be mired in endless lawsuits relentlessly pushed by a media, many detectives believed, wholly in the back pocket of those who accused law enforcement. The stress could be unbearable and the pressure on a family immense.

Sensing this, Salvatore and the rest of the detectives who worked the Porter case believed that they were being falsely roped into this mythology. In response, they urged the City of Chicago not to settle Porter’s civil lawsuit. The detectives were able to convince their city-appointed attorney, Walter Jones, to go to trial. However, after city attorneys notified Porter’s attorneys the city would not be settling, something incredible took shape.

In a surprising development, it was revealed Salvatore and his partner did not arrest Anthony Porter. The arrest warrant had been approved by a prosecutor after both the detectives and this prosecutor identified at least six witnesses who either put Porter at the scene or actually saw him commit the murders. Nevertheless, as Porter’s civil trial approached, Porter began claiming he had been tortured, but had not yielded to the abuse and confessed to the killings.

So how did detectives torture someone with whom they had never come into contact? The detectives only encountered Porter briefly after he turned himself in and had been charged. With Porter having already been charged, why would detectives need to resort to oppressive measures to obtain a statement from him? Such elemental questions were not asked by the media, particularly the Chicago Tribune. In fact, to this day, not one reporter at the Tribune has ever contacted Salvatore about the Porter investigation, though the paper has published dozens of articles about the case and Porter’s culpability.

In the end, the detectives won the civil trial, with Jones arguing that Porter was guilty all along. Aside from a hissy fit thrown by Tribune columnist Eric Zorn in a column the day following the verdict in which Zorn assailed Jones for claiming to reporters that Porter was guilty, the magnitude of what the detectives and Jones had uncovered remained largely ignored.

Even when Alstory Simon was released from prison in 2014 after a review of the case by then-Cook County State’s Attorney Anita Alvarez, the Porter saga never challenged the mythology of police corruption that has dominated the city for four decades. The widespread belief among police officers that an industry had been created to falsely accuse them was never seriously taken up.

On the contrary, lawyers for the accused investigators often encouraged detectives to invoke their Fifth Amendment privilege. A central reason was that they felt the media was working in collusion with the attorneys accusing them of misconduct. The detectives felt as if they were being tried in a kangaroo court of public opinion controlled by the media. Nevertheless, the mere fact they asserted the Fifth Amendment against self-incrimination made the detectives appear culpable and helped further the police misconduct mythology.

Following the Porter case, the exoneration industry developed. Under Mayor Rahm Emanuel, the sue-the-cops industry exploded: Chicago settled numerous multi-million-dollar lawsuits against these and other detectives. Although Salvatore avoided a ruined name, investigators in numerous other cases were less fortunate.

Despite hundreds of honorable detectives suffering a damaged reputation, a few police investigators were temporarily spared ignominy. Under Mayor Lightfoot, a more aggressive top attorney, Mark Flessner, took the reins as Corporation Counsel. Working diligently to rebut charges of police misconduct, Flessner began flushing out the evidence in the cases, often claiming the exoneration theories were false. In two bodies of claims, Flessner’s office seemed willing to attack two claims leveled against detectives. One case was against three detectives who worked together, Kenneth Boudreau, James O’Brien, and Jack Halloran. The other was against retired detective Ray Guevara.

In federal court, Flessner worked tirelessly to dismantle the cases against the detectives.

In a remarkable move, Flessner finally called out the media’s role in pushing these false narratives. In one case against former detectives Halloran and Boudreau, attorneys working under Flessner specifically cited the role the Chicago Tribune played in former Governor Patrick Quinn’s seemingly arbitrary decision to free Tyrone Hood from prison for a murder conviction:

"Mr. Quinn’s decision set in motion a chain of events that led directly to the reversal of Plaintiff’s [Hood’s] convictions and these lawsuits, but the decision was not based on the discovery of any new evidence exonerating Hood . . . , such as DNA or eyewitness testimony excluding [him] from the crime—that evidence does not exist. Rather, it was the product of an intense media campaign by Hood’s attorneys involving local and international celebrities, NBC Chicago, Peacock Productions, the Chicago Tribune, and the New Yorker Magazine."

This claim by city attorneys might very well be about the Tribune coverage of the Porter exoneration or a host of others. More and more, media pressure seems to have played a key role in the exonerations. In other motions filed during Flessner’s tenure as Corporation Counsel, attorneys also called in elected officials like Quinn to explain what led to the former governor’s decision to release Hood. Additionally, Flessner called in prosecutors under Kimberly Foxx to explain why they released convicted killers whose cases were investigated by former detective Guevara.

In short, Flessner threw a wrench in the whole exoneration mythology. In doing so, Flessner inflicted a devastating blow on the media activists who had built much of their careers on the mythology of police torture.

Now it was the media’s turn to remain silent, a silence that now casts suspicion on them. The attacks by Flessner’s office in a host of cases, particularly by the Chicago Tribune, have been swept under the carpet of Chicago’s monolith press, pointing to some dark truths about the self-promoting scribes inhabiting a dying medium.

Chicago is comprised of two kinds of journalists. One is blatantly Marxist in that it conceives of history, journalism, and virtually any field of inquiry as little more than a form of propaganda serving a dubious "higher good," not a painstaking search for truth based upon an honest assessment of gathered facts. The other kind is careerist hacks, often grinning doofuses on broadcast news, too lazy, stupid, unimaginative, and crooked to challenge the status quo of the former.

Atonement, then, is nowhere on the horizon of a media that has done so much damage.

On the contrary, the cause seems stronger than ever.