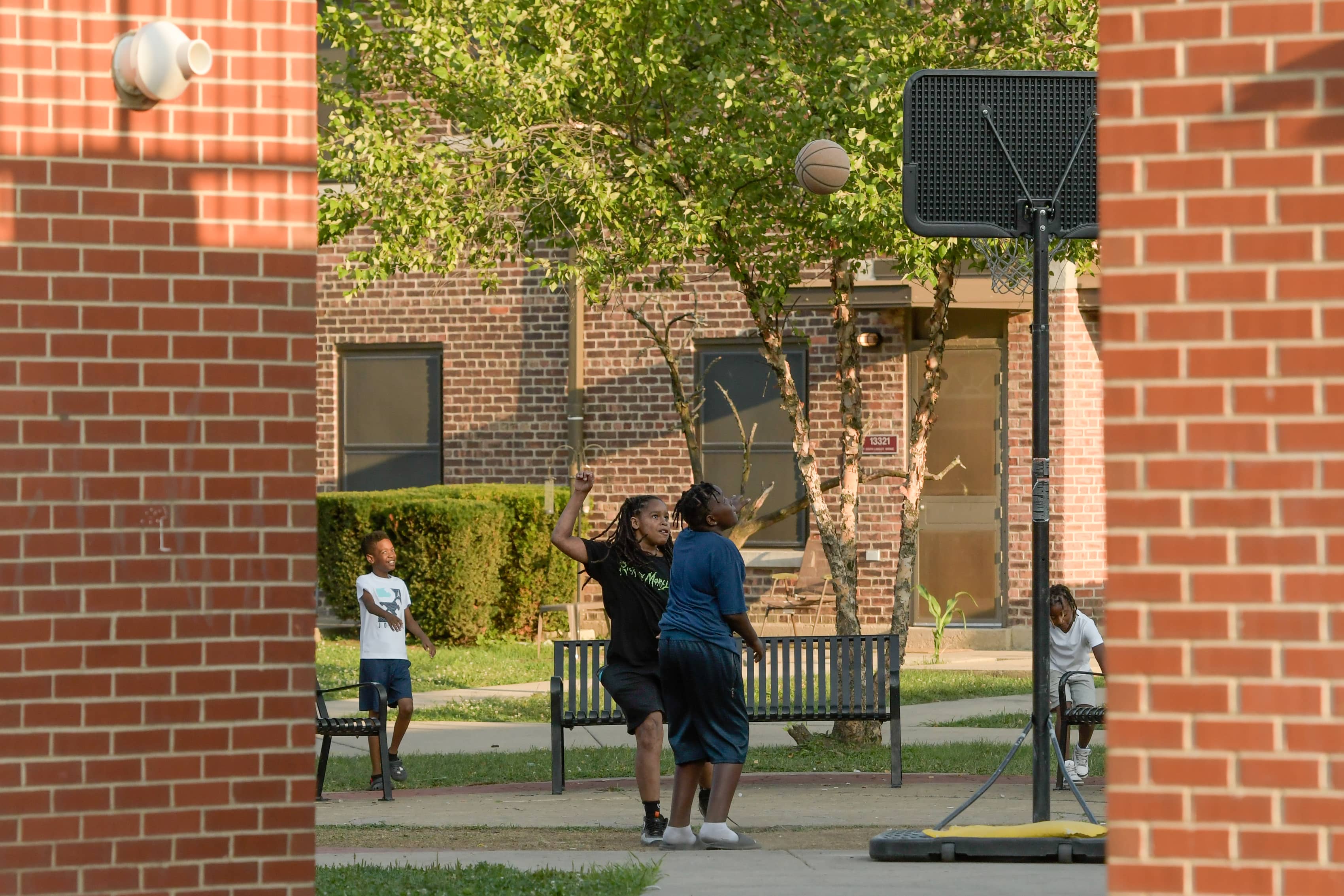 A tsunami of progressive policies, laws, media, and academics unified under Chicago’s and the State of Illinois’ one-party rule have turned a once vibrant and powerful city into a chaotic, violent hellhole on the verge of collapse.

In that collapse, no group is more threatened than black communities, mostly on the South and West sides. Already stuck in a chronic state of gang violence for decades, these neighborhoods could very be on the breaking point by the upcoming summer surge in violence coupled by a police department stripped of all power to address violent crime.

The point of no return may have arrived in the new year, as a body of laws known as the SAFE-T Act virtually making policing illegal began to take shape. A testament to the cowardice and incompetence of Illinois lawmakers and their Chicago brethren, the statutes covering virtually every aspect of police activity add up to nothing more than a sellout of the criminal justice system to a radical, police-hating faction of the Democratic Party.

The legislation was originally thought to have little chance of being passed upon its introduction. However, many legislators were rumored to be pushed over the edge in their vote in retaliation against the police union’s current bellicose president John Catanzara’s comments about the Jan. 6, 2021, demonstrations in Washington, D.C.

The final monstrosity of the legislation has not been completed, as police organizations desperately fight to create trailer bills limiting the damage, but the bill has included provisions allowing anyone to file an anonymous complaint against the police, a third-degree felony penalty imposed on an officer for neglecting to activate his body-worn camera, and a vague requirement of “duty to intervene” in misconduct against another officer.

Provisions so drastic and stupid against the police, the statute is nothing more than a declaration of war on law and order. How will the police combat the gangs terrorizing Chicago, particularly in predominately black communities, while being handcuffed by laws like this?

One reason the violent crime epidemic has generated so much angst in Chicago is that crime has expanded beyond the borders of the worst neighborhoods and moved into affluent areas and the Magnificent Mile with a manner and regularity unseen for decades. The imagery of violent crime downtown and on the Near North Side is a reality that many African American residents must endure on a daily basis. The fact that ruling factions of the city have accepted that one demographic should wallow in misery and crime while others enjoy a level of safety and security black neighborhoods could only imagine is the real “systemic” racism in Chicago, a racism created and enforced by the city’s progressive cabal.

Legislation passed in the Illinois General Assembly last year which is now taking shape is the culmination of other moves to undermine the justice system, not the least of which was the imposition of a consent decree upon CPD justified by the progressive canard that its officers are engaged in unconstitutional policing.

The consent decree was born from a Department of Justice (DOJ) investigation that later made its way into federal court, part of the Obama White House's strategy of criminalizing the police that reaps huge political and financial rewards for progressives standing on the bodies of murder victims in mostly black neighborhoods.

Yet when Donald Trump unexpectedly won the 2016 presidential election, Obama’s strategy to handcuff the police appeared doomed. In a desperate move, Obama’s DOJ, led by then-Attorney General Loretta Lynch, rushed the investigation to completion before Trump entered office. Nevertheless, Trump and Attorney General Jeff Sessions condemned the report and refused to file a lawsuit that would generate the consent decree.

In one of the most spectacular failures in the history of the Chicago police union, former President Kevin Graham and the Fraternal Order of Police's executive board balked at the opportunity to fight the consent decree in court despite ample evidence to do so. Squandering an opportunity that may never arise again, the decree has been an unmitigated disaster for the city -- a prime reason for Chicago's crime epidemic and the inability of Chicago to fill CPD's shrinking ranks as few applicants are seeking careers in law enforcement. Dutifully turning its back on a host of real constitutional violations against the police, the consent decree was also supposed to address issues like mental health and workplace issues like days off.

The working conditions for Chicago police officers have never been so dire. Constant twelve-hour days, frequent cancellation of days off, massive staffing shortages, and basic services like new mental health facilities promised years ago by Mayor Lightfoot have never materialized. Coming at a cost to taxpayers in the tens of millions of dollars, if not hundreds of millions, the consent decree has helped create one anti-police attack after another, including the facilitation of complaints of excessive force against officers defending themselves against attacks by rioters during demonstrations that turned violent. The money squandered could pay pensions, rebuild infrastructure, and pay off debts. Instead, it will no doubt finds its way to other anti-police campaigns and their champions.

Another cause for the coming collapse of black neighborhoods is Cook County State’s Attorney Kim Foxx. An icon among progressives, Foxx has employed social justice rhetoric as a means to hide her destructive intent. While serving as Cook County State’s Attorney, Foxx’s policies have contributed greatly to the untold level of violence in the very communities she purports to defend. Emboldening the most violent predators through low or no bail policies, Foxx has never missed an opportunity to attack the police.

What protects Foxx, the consent decree bureaucrats, and sell-out legislators, is Chicago’s powerful ministry of propaganda, which peddles itself to an increasingly suspicious public as an independent media. Blaming big bad capitalism for the demise of local print media, the deep state public relations hacks who call themselves journalists have addressed their declining readership and growing public distrust by allying themselves with even more biased, ideologically driven “non-profit” media entities like the Better Government Association and Injustice Watch.

In a sign that Chicago has lost any illusion of an independent media holding public officials accountable, the Windy City media has proven its willingness to confound reality with its progressive ideology through a recent Sun-Times story, The Costly Toll of Dead-End Drug Arrests. An “in-depth” piece, the story was the work of a Sun-Times’ journalist working with the non-profit Better Government Association on an investigation of low-level drug arrests that go nowhere in court.

Arguing that the practice of drug enforcement by the police is a waste of money and causes serious harm to arrestees, the article is an unmistakable anti-police diatribe published under the guise of traditional journalism.

Only in Chicago could a publication argue against proactive policing in a city reeling from such cruel and senseless violence, particularly in many African American neighborhoods. While some drug arrests do lead nowhere, many don’t. Often, arrests lead to search warrants, the seizure of illegal guns, conspiracy cases, and the incarceration of violent gang members. Officers often start with low level drug cases because it is the probable cause that opens the door to other investigations. Drug arrests can lead some people to getting treatment, the ignominy of an arrest causing some people to seek a different life path, something many officers suggest to the arrestee in the course of processing.

The article also fulfills another essential media trope, deflection away from the real causes of Chicago’s growing violent crime epidemic, like top prosecutor Kimberly Foxx. Talk about a waste of money. A progressive with a clear mandate to use her office as a mission control in the war on police, Foxx’s policies throw oxygen at the flames of violent crime and cost the city millions in uncounted costs by her sycophant media scribes.

The disparity between reality and journalism in Chicago is sure to expand by the summer’s killing season, as more witless diatribes like the BGA “investigative piece” cited above take shape in Chicago’s gang killing fields.

One doesn’t have to wait to see how low Chicago’s media can go. One of the greatest media scandals in the history of the state has been unfolding for the last three decades in Chicago, the overwhelming evidence that the media has been falsely pushing exoneration claims of convicted killers and rapists who upon their release from imprisonment become millionaires through lawsuits filed against the police. A full measure of the ideological entrapment of contemporary journalists, the scandal is protected by a strict code of media silence, for if anything undermines the legitimacy of the contemporary press, it is the wrongful conviction movement in Chicago.

All these forces making police impotent have now come together under the progressive dictatorship of the city, county, and state. The entire city will become victimized by the civil breakdown that follows from the rule of ideologues bent on using the system to undermine criminal justice. Those neighborhoods needing a police presence, including many inhabited by law abiding African Americans, will suffer the most.

In the end, this cruel disparity may finally point out who the real racists in Chicago are.