The Cost of the Chicago Teachers Union Strike 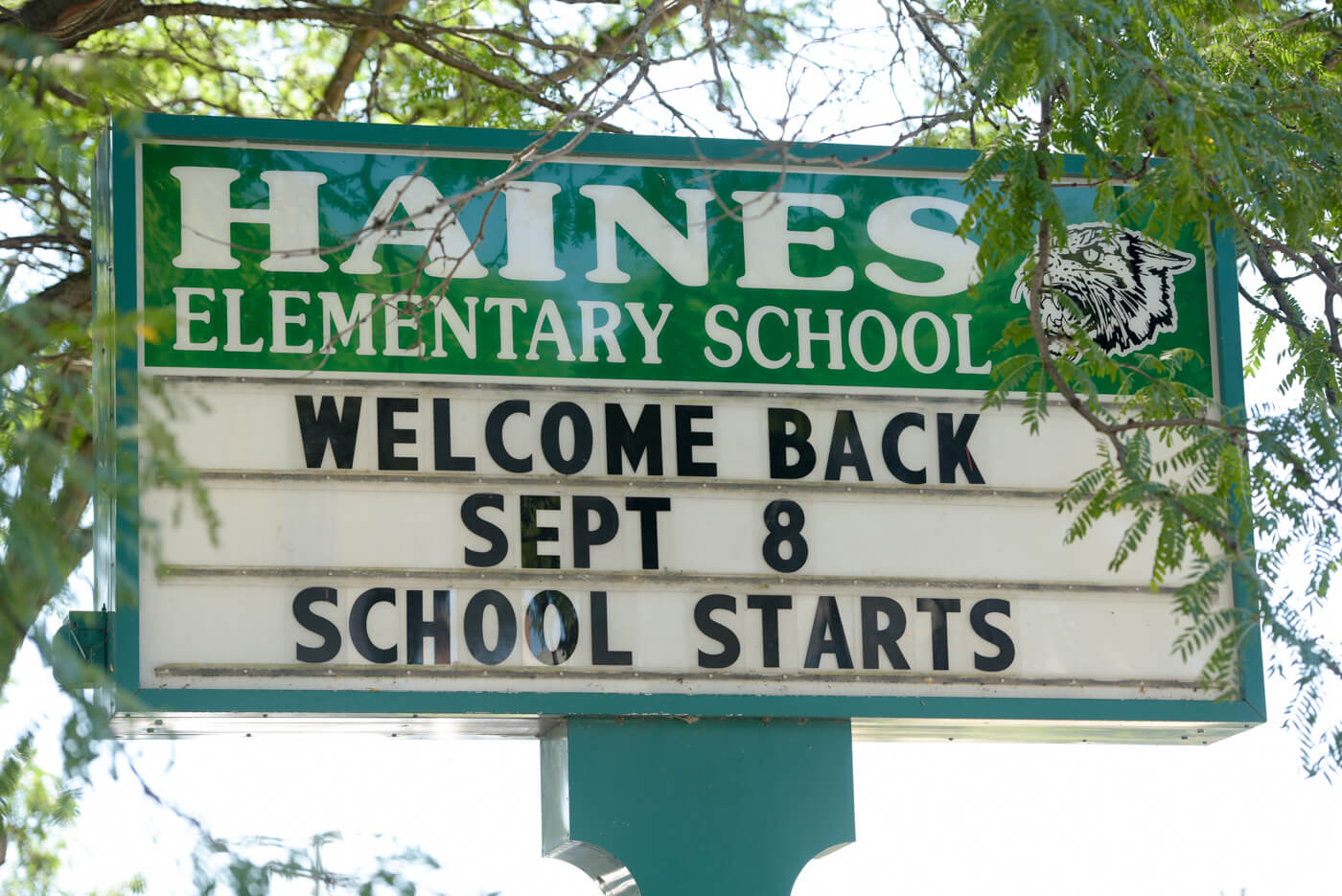 But it was done for the kids!

The City of Chicago would be better if it never saw Chicago Teachers Union (CTU) president Jesse Sharkey on television again. Chicago residents would be better off if we never saw Sharkey’s chestnut-brown eyes widen with alarm at every CTU proposal rejected by the city, never saw him wearing his blinding-red CTU hoodie sweatshirt, and never heard his pompous, insufferable, self-enthralled, clichéd and uninspiring speeches again. In fact, the Windy City would benefit most if Sharkey would simply vanish into the ether.

A soapbox Marxist, as the chief architect of an 11-day CTU strike and the ensuing deal which will do more to empower the union and increase CTU membership than educate students, Sharkey was briefly transformed into a local celebrity for his dilatory tactics and misleading statements prior to and during the walkout. A strike which revealed the dysfunctional state of public education in Chicago, witnesses to the daily ritual of CTU protests observed the spectacle of school-age children instrumentalized by adults hissing political slogans at bystanders, Left-wing activists carrying banners bearing glib shibboleths wholly unrelated to education, and professional educators howling they are both unrewarded and underappreciated for performing hard, inglorious work.

In forcing Mayor Lori Lightfoot and Chicago Public Schools (CPS) CEO Janice Jackson to capitulate, Sharkey sealed a negotiated agreement which extols CPS educators employed in a district which consistently underperforms. According to illinoisreportcard.com, of the nearly 106,000 students registered in Chicago School District 299 high schools, an astounding 25 percent of students do not graduate, 11 percent fail to earn a degree over four years, and SAT scores among CPS students lag far behind students in separate school districts throughout the state. In addition to those gloomy statistics, 19 percent of those enrolled as freshmen in CPS secondary schools are not fully prepared for the first year of high school. Across the entire District, of the 631 schools on every level, a mere 11 are declared “exemplary,” 431 are regarded as “commendable,” another 114 are classified as “underperforming,” and the bottom 82 are labeled as “lowest performing.” Worse, one-third of CPS students are habitually truant, one-quarter chronically absent, and dropout rates are ascending. Hardly data Sharkey prefers the public to know, of the 20,900 full-time employees (FTE), 36 percent of educators found a reason to miss more than ten school days of work and approximately ten percent of classroom instructors fail to earn a proficient or excellent rating. All of this, of course, is occurring in a district which pays educators an average annual salary of $74,446, administrators an average salary of $110,862, and spends an average of $13,000 on students.

An agreement which will cost an estimated $1.5 billion over five years, under the terms of the new contract, the Chicago Public Schools (CPS) will witness a gradual reduction in class size, a temporary halt to employee contributions for health care plans, and a ceiling on the number of sick days CPS educators can roll over. Similarly, under the negotiated agreement, CPS employees will see bereavement leave expanded to include extended family, and to ease the burden on school counselors and special educators, a nurse and social worker added to every school.

Naturally, the CTU insisted on a raft of absurd demands, most of which, regrettably, were met by city leadership. Through coercive methods, Sharkey was able to extract from Lightfoot ridiculous job protections extended to substitute teachers, and to fulfill an equity demand, gender-neutral language for bathrooms. Moreover, as part of the continuing Sustainable Community Schools program, the school extended the employment for politicized “restorative justice coordinators.” Additional bounty included the city acquiescing to the preposterous CTU demand all CPS buildings and property to be declared sanctuary spaces for students, and a training program for CPS employees to confront U.S. Immigration and Customs Enforcement officials attempting to enforce the law. Similarly, the city clicked its heels to the CTU’s call for an end to the practice of hiring nurses from private agencies. A contract not devoid of golden calves, among the most treasured demands the CTU gleaned from its rough-and-tumble tactics was a moratorium on the number of students accepted into charter schools. In another gesture of deference, Lightfoot and Jackson bowed to Sharkey on the joint union-school board commission, which, among other responsibilities, will be charged with “mitigate[ing] or eliminate any disproportionate impacts of observations or student growth measures” (39–1.C.). Last, and what the CTU craved most, a magnanimous 16-percent raise over the next five years was included in the new contract.

What is known about this new contract is bad enough, but while Sharkey and his associates were fleecing Chicago taxpayers, hundreds of thousands of children were experiencing a brief interlude from school. Despite the endless harping from Sharkey the strike ultimately took place for the betterment of schools and pupils, a toll was incurred, one which the CTU will never acknowledge: Gang recruitment soared during the CTU walkout. According to several Chicago police officers serving with the Department’s Gang Teams, the 11-day strike which paralyzed Chicago provided the city’s gangs with a window of opportunity to lure some of the CPS’ male student population into its ranks. A problem in every major city in the U.S., while a variety of issues contribute to youth becoming embedded with gangs, poverty, despair, fear, promise of money or excitement, pride, identification with a neighborhood among them, police say gangs capitalized on the condition of boredom during the 11-day CTU strike to enlarge their numbers. While recruitment for gang membership is an ongoing effort, police say unlike summer break, a period in which gangs are forced to contend with summer jobs and other recreational activities, Sharkey’s walkout was cleverly exploited by Chicago’s gang syndicate to grow. A matter of which Sharkey had little concern, dozens of youth were drawn into the murky underworld of gang life, but don’t expect Sharkey to conduct a head count when classes resume.

The CTU walkout was never about the students.

Never intending to negotiate in good faith, the CTU strike and new contract was more about obtaining special protections for CPS employees and increasing wages than working toward improving a system or preparing students to meet future challenges. For Sharkey, the planned strike was predicated on the assumption the public is gullible. It worked, and in the end Lightfoot and Jackson were extorted, Chicago residents were mugged, and the pupils were cheated. However, if we sort through the rubble to determine exactly how Chicago was betrayed, we will first learn both Lightfoot and Jackson are simply terrible negotiators. Elsewhere in this contract disaster, Chicago residents will discover the CTU ultimatums for reduction in class size, the measure to protect substitute teachers, and the ceasing of hiring private nurses was merely a maneuver to meet a strategic, costly long-term goal of hiring more unionized classroom educators and support staff. While Sharkey and his merry band of assistants spared no effort to portray the strike as necessary and themselves as advocates for students, the deal concluded provides virtually no incentive to change or improve Chicago’s schools and essentially traps students in failing schools. By demanding a cap on students enrolled in charter schools, the CTU effectively thwarted school choice, and expressed its fury with the notion of competition: If schools were forced to compete, the public system would have to undergo a complete overhaul and prove its value or fade completely. A deal which fails on its own merits, where the most damage was done is clause 39–1.C. A passage which seeks to block any measure to base teacher advancement and job security on student achievement, the language reveals the CTU’s desire to keep Chicago’s public schools in thrall to its opposition to any form of accountability which could expect professional educators to be judged on merit or competence rather than seniority.

Although Jesse Sharkey and the CTU masqueraded as the champion of children, the 11-day strike revealed the union to be nothing more than a job preservation program with separate priorities on higher pay, and security guarantees for the protection of benefits and gilded pension plans. As for students enrolled in Chicago’s public schools, they are leverage and the acceptable casualties in the CTU’s eternal conflict to sustain the system as a sinecure for themselves.