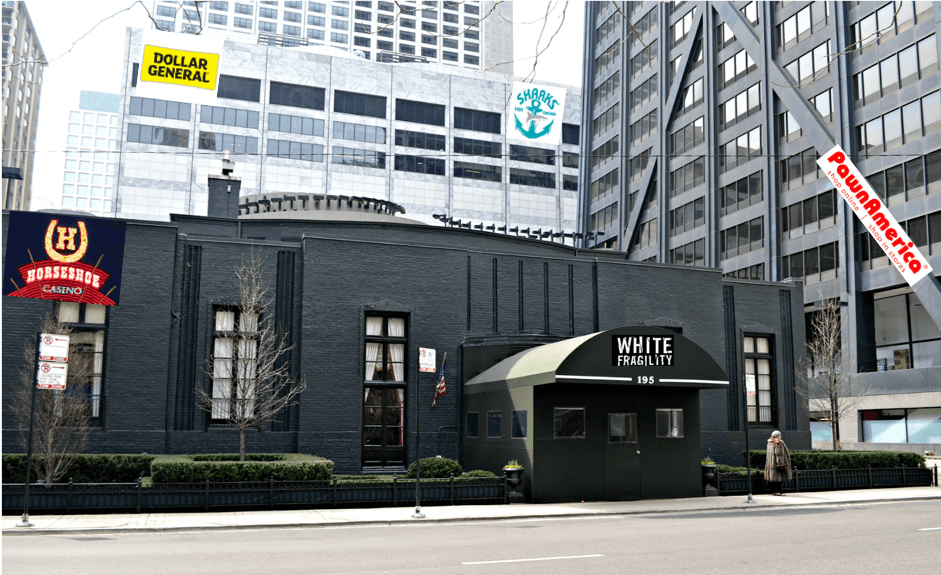 “Being the mayor of the third largest city in the country, that's humbling, but it also gives me incredible hope”

From the Desk of Lori: ‍

Symbols matter. And there is no greater symbol of Chicago’s broad and diverse shoulders as the Magnificent Mile. Yet the anti-equity policies of retailers such as Macy’s that decided not to renew leases on Michigan Avenue have led to other national brands replacing artfully painted BLM plywood edifice monikers with empty storefronts (as to Macy’s, good riddance to their racist Frangos which force you to chomp on darkness before getting to the good stuff inside).

Seriously, the situation is grim: Nearly 1/3rd of retail space sits empty on this section of Michigan Avenue. Moreover, others such as Target, have recently prioritized profits over equity in deciding not to open new stores, despite their promises to me.

You might say this is not in your backyard, but this is impacting my wardrobe. I used to buy my sack suits at Brooks Brothers, but now I need to have my detail drive to Oak Brook for the latest in fashion. For the first time in over 50 years, there is not a Brooks Brothers within city limits unless you count O’Hare airport shopping, which I refuse to visit because the Juneteenth flag has not yet replaced the Chicago flag in most terminals like it has at City Hall for at least one month of the year (during my next term, I will work on overcoming this blatant example of Daley-legacy racism, as well as getting rid of the racist US flag at Customs and Immigration).

But back to the present day: Why is retail leaving? I have been told theft is an issue as well as the decline of tourists, who are afraid of having their belongings redistributed or getting stabbed or shot. I believe this is an excuse which reeks of what one Brit told me represents “high street” racism, even if in Chicago I think it means something else for the teens who congregate peacefully in the Loop on the weekends.

Regardless, we need a solution to operationalize racial equity and defeat white supremacy on Michigan Avenue, which in turn will bring back street traffic and fix the vacancy issue. Kim suggested these three ideas to me to help transform the Magnificent Mile into the first Chicago Retail Equity Zone:

EVEN THOUGH YOU DO NOT COME TO THE OFFICE ANYMORE, you can use Twitter (@LoriLightfoot) to vote for your favorite one (or offer up something else which Lori will blame on racism). And be sure to tag @ChicagoContrar1 and #maggotmile as well. Finally, if you like our attempt at satire Lori Lightfoot style, let us know and next time we’ll try harder.