The SEIU's Downpayment to Mayor Lightfoot 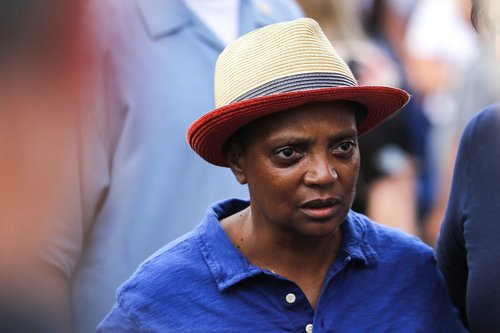 Amid much fanfare in December 2014, the Chicago City Council pushed through a measure to raise the minimum wage in the Windy City to $13 per hour by 2019.  An act met with little resistance in the Chicago’s version of the Politburo, the motion followed former mayor Rahm Emanuel’s September 2014 executive order forcing contractors conducting business with the city to pay employees $13 per hour.  Under the bill supported by Emanuel, Chicago’s workers would see their wages rise from a hourly  rate of $8.25 in 2014 to $15 by 2025.  At the time of the bill’s passage, supporters of the new law held it was long overdue and would provide a pathway out of poverty for over 70,000 low-income workers.

While the notion of a minimum wage was first realized in Massachusetts in 1912 and six years later in the District of Columbia, the Supreme Court ruled in 1924 minimum wage laws encroached on the rights of workers and businesses to form labor agreements as they saw fit.  It was during the Great Depression when, after surviving court challenges, the Roosevelt administration re-invigorated the movement to establish national minimum wage with creation of the Fair Labor Standards Act (FLSA) in 1938.  Since the enactment of the FLSA, the minimum wage has been subject to irregular increases, most often justified to keep pace with inflation.

While the law has been traditionally popular with the lower wage earners and Progressive activists, there are a number of devastating effects an increase to the minimum wage has on cheap labor.  First, the minimum wage targets the wrong income earners.  It is an undeniable fact a majority of minimum wage earners fall into one of two distinct classes:  Young, between age 16-24, and the older sample, who have achieved a high school education.  Of the sample defined as young, they are typically not the head of a household; they live in middle-class households which earn an average of $65,000 annually, and are often enrolled in school.  As for the those considered in the older category, while they are often in lower middle-class households, a majority remain above the poverty line.  As well, this sample also reside in households earning over $42,000 annually, do not have dependents, and are often considered part-time workers.  Moreover, for those rare heads of households who are minimum wage earners, there are a range of government assistance programs, Medicare, SNAP Food Benefits, public housing, among others, which greatly increase effective income.

Second, increases to the minimum wage are usually followed by a shrinkage in the unskilled labor force or outright job loss.  One of the most damaging effects of a rise in the minimum wage, if labor is regarded as human capital providing a service, the value of the service presented is determined by a market.  If, for example, human capital’s wages are increased by government mandate, buying power among consumers is reduced.  To blunt the effects of an artificial rise in labor cost, employers bound by law to pay more than the value of labor reduce business costs by curtailing an employee’s hours or eliminating the role to sustain profitability.  Worse, a policy prescription which is intended to lift the impoverished, a majority of those affected are the unskilled or low-skilled laborers who are entering the workforce to learn a skill.  Once those skills are mastered in a low-wage job, the worker can become an asset to the employer and claim the right to a higher wage or enter the skilled workforce.  A surge in the minimum wage only eliminates the entrance to the workplace for the unskilled.

Third, the movement to raise the minimum wage fails to acknowledge what is unfolding before our very eyes:  Technological advances which have led a sharp increase in automation or robotics overtaking unskilled labor.

Although the minimum wage affects very few laborers, estimates place the percentage of minimum wage earners below three percent nationwide, some of the strongest support for the minimum wage to continue on an upward trajectory comes from Chicago’s most powerful labor unions.  A curious position for organized labor when so few unionized workers earn minimum wages, the main reason Chicago’s labor supports such increases rests in the fact union contracts are almost entirely dependent on the mandated minimum wage.

A critical aspect surrounding labor’s support of the movement to raise the mandated living wage, union wages across countless trades are predicated on various multiples of the minimum wage.  In some instances, the multiple can be as high as four times the minimum wage benchmark.  Another point which is buried underneath shovelfuls of Progressive propaganda, just as raising the minimum wage has harmful effects on the unskilled or youth, raising minimum wages tends to raise the wages across an entire range of skilled wage earners.  This factor tends to cause a drop in the demand for labor in the same labor spectrum.  The difference, of course, is an increase in the minimum wage endures a political process, which is easily attainable in the Chicago City Council.  In contrast, a rise in the minimum wage enables a boost in pay for organized labor without any negotiation.

Despite a rise in the minimum wage having some damaging consequences on jobs and laborers it intends to assist, in her August 29 State of the City address, Mayor Lightfoot firmly threw support behind Chicago overtaking the state in the race to raise the minimum wage to $15 prior to 2025.  Although Lightfoot had offered support for raising the minimum wage as a candidate for mayor, her endorsement was not moored to any certain timetable.  It is also important to note Lightfoot, while on the campaign trail, had demonstrated some fairly strong support for introducing a universal basic income in Chicago.  However, shortly after inflicting a humiliating loss on Cook County Board President Toni Preckwinkle in the mayoral runoff election, Lightfoot shifted priorities, discarded the universal basic income, and swiftly backed a two-dollar increase in Chicago’s minimum wage by 2021.

While a politician re-casting themselves following a significant win at the ballot box is nothing new, Lightfoot’s sudden, unqualified support for a hike in the minimum wage intersects with a rather bizarre development:  The June 30 campaign gift of $100,000 from the Service Employees International Union (SEIU) Illinois Council PAC.  A meager gift in comparison to the vast amounts of campaign cash the SEIU slung at Preckwinkle, the SEIU’s newfound allegiance to Lightfoot runs concurrent with the “Raise Chicago” ordinance gaining steam in the City Council.  Pushed by Alderman Sophia King (4th), the measure would raise the minimum wage to $15 hourly by 2021.  Unsurprisingly, the proposed fiat has some of its loudest and most determined backing from the SEIU and the Chicago Federation of Labor (CFL), which represents over 300 affiliated unions.

A move rooted almost entirely in politics, Lightfoot’s decision to enthusiastically back a sharp increase in the minimum wage converging with the SEIU’s magnanimity is particularly problematic for several reasons.  First, it reveals Lightfoot is allowing the SEIU to exercise untrammeled power over her office.  Second, it illustrates Lightfoot is far more interested in cosseting organized labor over her interest in a well-paid unionized labor force, which satisfies labor union leadership and continues the flow organized labor’s campaign contributions into her campaign coffers.  Last, in light of the economic downsides it entails, particularly the job loss it metes out to unskilled labor, Lightfoot’s embrace of a sharp increase to the minimum wage represents she has little genuine concern for the needs of those at the bottom rung of the pay scale.

A cunning and avaricious gesture on the part of Lightfoot, for the mayor to embrace the SEIU’s riches perfectly illustrates the political power of Chicago’s labor leadership. Thus, the disproportionate influence unions such as the SEIU and the CFL hold over Lightfoot come for the simplest reasons:  They buy it.