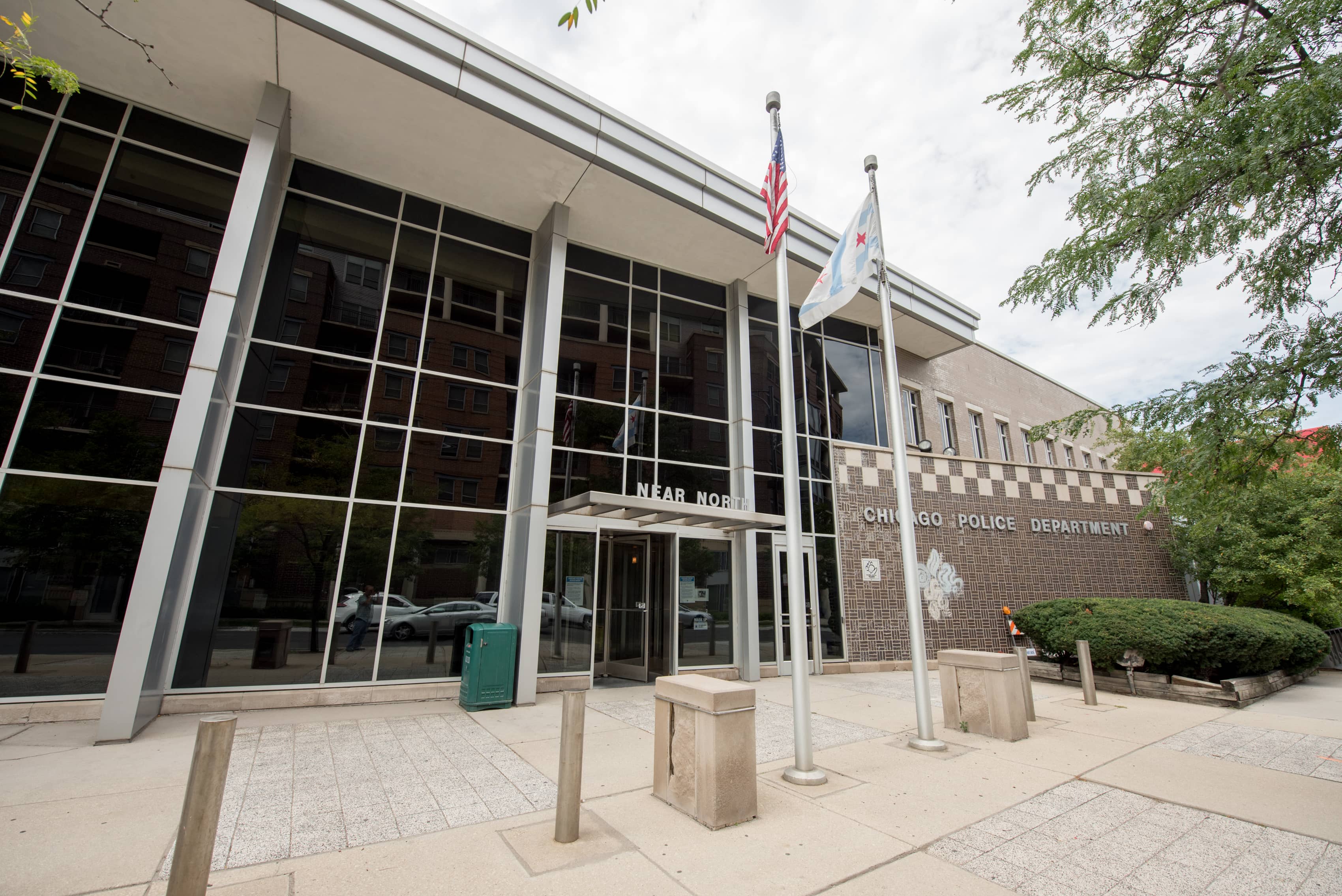 Accountability for COPA is long overdue

Only last week, in an ignominious end to 2021, Chicago’s police oversight agency, the Civilian Office of Police Accountability (COPA), quietly released the conclusions it drew in its investigation of a 2019 incident in which Chicago police officers executing a search warrant inadvertently entered the home of a woman who was in a state of undress.

A report that followed a cascade of criticism leveled at the officers involved and the Chicago Police Department (CPD) for the error, COPA’s examination of CPD mistakenly entering Anjanette Young’s home offered clues that should both cast doubt on the integrity of the probe and question the motives behind the report.

For one, the report revealed an anti-police bias when it demanded one officer, Ella French, face suspension for her role in the Young incident. Perhaps unbeknown to the hired snoops at COPA, Officer French had been murdered while conducting a traffic stop in the West Englewood neighborhood in August 2021. Though French had been laid to rest in August — four months before the release of the report — COPA interim chief administrator, Andrea Kersten, peddled the listing of the suspension in her report as if it were little more than clerical error. However, few outside the progressive confines of COPA and the media bought into the explanation of how COPA insulted a woman who gave her life trying to protect the public.

In a mea culpa in front of the Chicago Police Board in November, Kersten explained there was “no procedure” to alter the report calling for Officer French's suspension after her murder; however, Kersten failed to reconcile the statement with the apartment’s occupant’s name being redacted no less than 216 times in her agency’s report as well as Kersten’s own signature appearing on the document as a large, black rectangle. After offering a half-hearted apology and a promise to do better in the future, COPA’s website continues to demand the suspension of the fallen Officer French to this day.

In any sane world, Kersten would have immediately been dismissed from COPA for such a horrifying blunder. Even though Mayor Lightfoot called Kersten's actions “tone deaf” and requiring an apology, Kersten remains the acting head of COPA and is reportedly attempting to obtain permanent appointment to chief administrator at the oversight agency.

While Kersten’s demand for the suspension of an officer killed in the line of duty tops the list of offenses committed by COPA in their report, it is hardly the only evidence of the agency's blatant anti-police bias exposed. Upon careful review it is clear that if a Chicago police officer authored COPA’s investigative report, the officer would have been found guilty of numerous rule violations and likely face suspension, separation, or worse. The mayor’s consideration of appointing an individual who signed off on a report filled with such blatant malfeasance should sound an alarm to every CPD officer as well as all the police unions.

COPA loves to weaponize Chicago police general orders, believing that all actions taken by officers must be able to be shoehorned into a black-and-white policy allowing discipline for any outcome the civilians at COPA deem objectionable. Dozens of officers have reported facing investigation and discipline for conduct which is not only authorized — but encouraged by CPD leadership — due to an oversight agency completely detached from sound standards of investigation, lacking any reasonable understanding or real-world experience in police policy, and a devotion to the anti-police movement.

Perhaps it’s time for the CPD collective bargaining units to take a thorough accounting of COPA’s own adherence (or lack thereof) to the letter of policy and demand COPA investigators and senior leadership signing off on improper investigations be held to answer for their misconduct.

CPD’s rules and regulations are available to the public. Failure of an officer to adhere to them is the basis for every complaint against a Chicago police officer. CPD’s disciplinary system, with COPA, Bureau of Internal Affairs, and the Chicago Office of the Inspector General (OIG) all having jurisdiction, is one of the most accessible in the nation. Individuals can easily file a complaint by mail, phone, online or in-person. Harder to locate, but also publicly available, COPA ostensibly has their own governing policies. Does anyone know how to complain about COPA’s misconduct when these policies are ignored?  It’s time to ask.

COPA’s publicly available rules and regulations, like CPD’s, lay out requirements of its employees. For example: COPA's stated policy requires a timely investigation of complaints. COPA states in the Young report that they began their “investigation” in November of 2019. As it turns out, this claim is a blatant mischaracterization of fact. COPA took over a year to begin interviews and the oversight agency initiated a probe only after a bizarre and highly suspect news report from a notoriously anti-police zealot, CBS2 newsreader Dave Savini, on the search warrant was broadcast over the airwaves. COPA's report shows the first substantial steps were taken in January of 2021 — a clear violation of their policy governing timeliness of investigation, as well as a violation of a policy requiring  interviews “as expeditiously as possible.”

If a Chicago Police Detective waited a year to conduct the first interview in a pending case, they would be severely disciplined. Competent investigations require prompt interviews to ensure recall of information. COPA's report on the Young incident slams CPD personnel for not recalling minute details, but declines to take responsibility for failing to ask the questions regarding the incident at Young's home for over a year. By claiming their investigation “began” in 2019, COPA committed a cover-up for their error — something that CPD officers understand as a violation to Rule 14: An act that would get a police officer fired or potentially face criminal charges for submitting a false statement.

Who at COPA will face responsibility for making false statements?

Another COPA rule requires the agency to only substantiate allegations against a CPD member when they have made a determination “whether there is sufficient evidence to prove or disprove the alleged misconduct.” Short of any analysis, COPA’s report relies on guesswork as to what the ideal search warrant procedure should be, and an ends-justifies-the-means approach to an investigation intent on claiming as many scalps as possible.

At one point, COPA goes so far as to credit the truthfulness of a witness to condemn a CPD officer, then sneak in a statement that exposes the same witness as clearly lying while still claiming COPA's analysis proved the officer was untruthful. So much for “sufficient evidence.”

In another bizarre twist, COPA excuses its failure to investigate the role of a lieutenant, who at the time of this investigation was a commander assigned to work hand in hand with COPA at officer-involved shooting scenes, by claiming they would be investigated by the OIG, without mentioning that the inspector general then informed them that they are not investigating the lieutenant. Another false statement. COPA even hid, on a small-print footnote, that it was the lieutenant’s responsibility to review the warrant — then later demands a lower-ranking officer be held accountable for the lieutenant’s duties. So much for transparency.

Yet another COPA rule requires COPA employees to “conduct their work objectively and without bias.” In what is likely an accidental admission of guilt, COPA has attached three documents authored by Kersten and former COPA head Sydney Roberts to their investigation into the Young matter on their website. The documents make it clear that COPA acknowledges that any mistakes committed by members involved in the Young raid were the result of deficiencies in training and policy. COPA explains how systemic failures in place at CPD led to a mistaken search warrant execution, and even notes that there are no rules in place regarding timing of entry after “knock and announce” or requirements of a sergeant for overseeing the search warrant approval process. That did not stop COPA from requiring suspensions of anyone who did not follow the non-existent rules, or from requesting the firing of two sergeants for failing to take steps which are expressly not required of them.

Holding officers accountable for systemic failures outside of their control is a clear indication of subjectivity and bias — another flagrant violation of COPA’s rules.

As officers continue to receive the message that they are subject to the least fair and transparent accountability system in American policing, they will continue to adjust their behavior accordingly. Once Kersten’s reign is confirmed, Chicagoans may be longing for the days of murder totals in the 800s as de-policing necessarily continues to take hold.

It’s time for Chicago police officers and residents to demand a professional and transparent accountability system for the Chicago Police Department. COPA may have failed to identify misconduct by officers, but it succeeded in documenting its own.

After reading the 63 pages posted on COPA’s website which desecrates the reputation and memory of a fallen hero, refuses to investigate a high-ranking COPA-connected officer, show anti-police bias against officers trying to take illegal weapons out of the hands of criminals, and falsely attributes systemic failures to individual officers, we can start by demanding an answer to the question: When COPA commits misconduct, who will be held accountable?