Tina Wallace for the 19th District 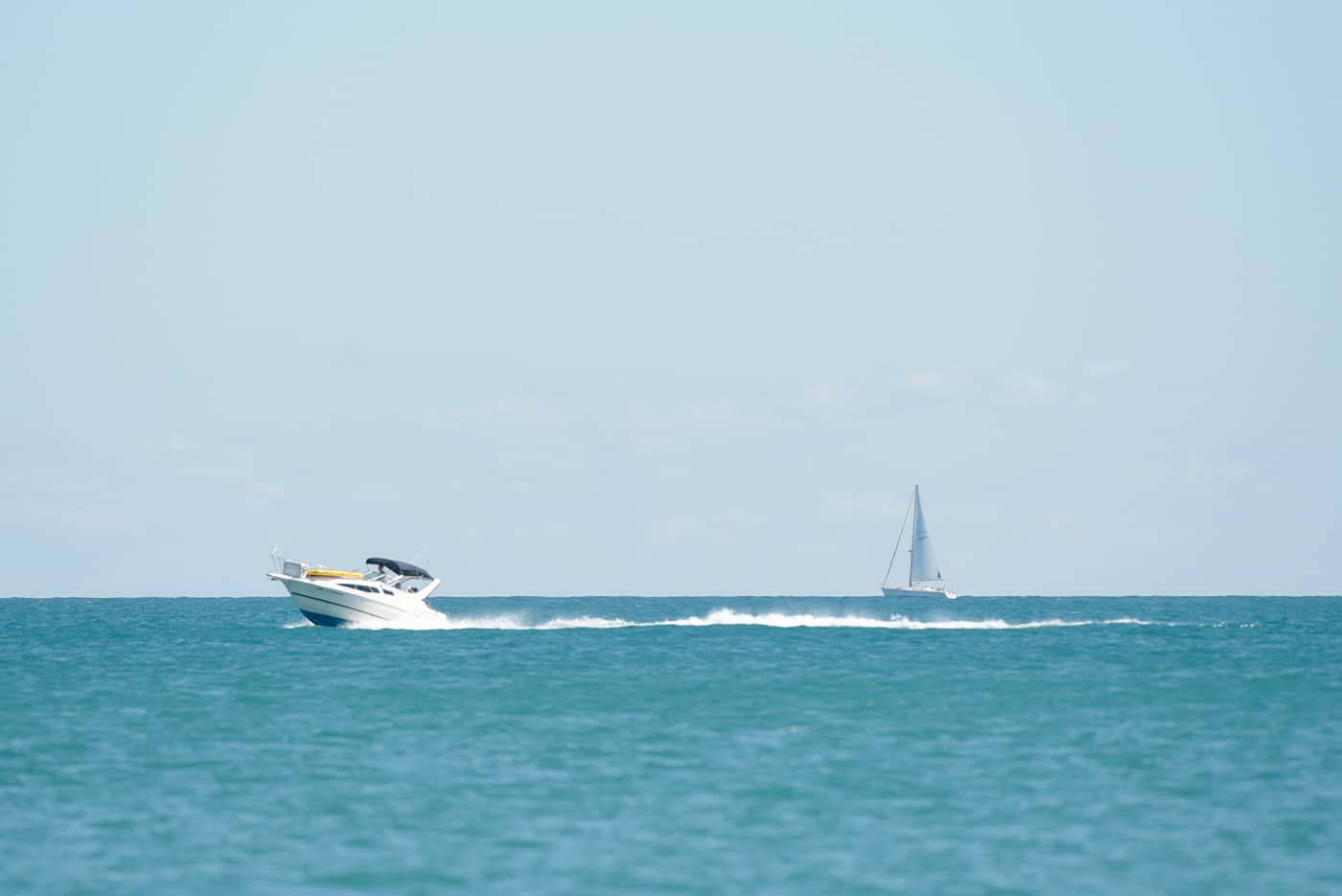 ‍Ask Tina Wallace why she is seeking a seat in the Illinois House of Representatives to represent the 19th District and she will unstintingly reply she feels compelled to run.

Born in Chicago, Wallace has never called anyplace other than the Windy City her home. Raised on Chicago’s North Side, Wallace attended Saint Philip Grade School and then Luther North High School in Chicago’s Portage Park neighborhood. Following high school, Wallace enrolled at Loyola University and graduated with a BA in Public Relations and Communications and a Minor in Psychology in 1988.

In a move which typified her entire career as an independent businesswoman, Wallace earned her real estate license prior to graduating college and embarked on a career in the real estate industry. Over her long career in real estate, Wallace has established an impressive resume which includes building a business rooted in a strong record of ethics and honesty, fine management skills, financial discipline, and an entrepreneurial spirit which boasts successfully negotiating countless residential and commercial real estate agreements.

Recognized for her business acumen, Wallace has served on industry boards, most notably The Chicago Association of Realtors Professional Standards Committee. Succeeding in an industry which has grown and modernized, Wallace also thrived operating a small business in a field in which ownership was long known for being dominated by men and in a state which has earned a well-deserved reputation for its unfavorable business climate due to high taxes and excessive regulation.

Attracted to the charm of Old Irving, a section of the city for which she developed an affection while a high school student, Wallace settled in the neighborhood in 1998. Home to tree-lined streets, historic architecture, and nearby Lake Michigan, Wallace found Old Irving to be the perfect escape from the hustle and bustle of downtown Chicago but with a comfortable access to the suburbs and the Loop. Above all, Wallace says, Old Irving was a community in which neighbors are courteous, civil, helpful, and considerate and a neighborhood which was a safe and serene place where adults and children could live without fear.

Yet over the past several years, the magnetism of Old Irving has faded. Once a quarter of Chicago where parks were the perfect place for walks, schools educated pupils, and taxes were kept at a minimum to nurture growth, transformations to the neighborhood’s character have been significant: Local commerce changed, and graffiti, litter, and vandalism are on an upward trajectory. Even more troubling, crime and violence are rattling the area and worsening. Wallace says the shift is tearing up Old Irving and the Northwest Side at a furious pace and it is destroying businesses and the livelihoods of residents.

Tina Wallace asserts the lack of responsible leadership in Springfield is a significant factor for the declining quality of life in the 19th District.

Managing any of these crises afflicting the 19th District will require leadership, prudence, energy, and strength of will. Unfortunately for residents in the 19th District, such qualities do not come to mind when thinking of the ineffectual leadership of Representative Lindsey LaPointe. A woman who has presented virtually no compelling case for return to office, LaPointe is an unapologetic supporter of both Cook County State’s Attorney Kim Foxx and Mayor Lori Lightfoot and was a dedicated ally to indicted former House Speaker Michael Madigan.

A long-time fringe political activist, LaPointe’s vocation prior to holding elected office — a seat to which she was appointed through her close affiliation with ex-alderman John Arena and Senator Robert Martwick — involved work with the Illinois Criminal Justice Information Authority (ICJIA) and the Business and Professional People for the Public Interest (BPI). Though ICJIA and BPI masquerade as groups defending the powerless, disfavored or reviled, both are radical progressive groups committed to upholding the massive failure of the criminal justice reform movement.

In addition to her work with ICJIA and BPI, LaPointe has also been deeply involved with other fringe progressive causes, namely as an advisory council member at the Jane Addams College of Social Work at the University of Illinois Chicago, which, despite efforts to disguise its work, only serves to advance a progressive, cookie-cutter diversity, equity and social inclusion orthodoxy.

Though both Wallace and LaPointe are both Democrats, one, Ms. LaPointe, lingers on the fringe, while Wallace holds mainstream, conventional political views. A lifelong, registered Democrat who favors stronger gun laws — primarily red-flag laws and background checks — and will preserve the right for women to their make their own reproductive choices, Wallace’s moderate political positions are more closely aligned with voters in the 19th District.

In sharp contrast with Lindsey LaPointe’s fringe political orthodoxy, Wallace’s campaign is determined to represent the interests of 19th District residents. To reach her aim of best representing constituents, Wallace’s campaign has three main pillars, taxes, the law, and education.

Tina Wallace on taxes and the state budget:

While LaPointe observes the state’s fiscal agony with bemused indifference, Wallace is thinking seriously about the future of residents living in the 19th District. To Wallace, a budget is an expression of priorities and principles. Armed with vision to stabilize Illinois’ chaotic finances, Wallace is proposing to end the routine budget gamesmanship and impose fiscal discipline in the state.

An accomplished businesswoman and entrepreneur, Wallace understands small businesses have always been the engine of economic and job growth. As an owner of a small business herself, Wallace recognizes Springfield’s burdensome regulations, rules, and onerous taxes suffocate economic growth and crush job creation. To unleash the economy and energize job growth, Wallace is proposing to scale back some of the exacting regulations imposed on business and to support legislation which creates conditions for businesses to thrive.

On the individual side, Wallace is pledging to back legislation which places an annual cap to increases to county property taxes, which would allow individuals to budget expenses without fear of unexpected increases. Wallace challenges Ms. LaPointe to commit to the same pledge.

Tina Wallace on returning order to the streets:

Unlike LaPointe, who often sings from an anti-police hymnal, Tina Wallace is vowing to work to turn away the tide of crime in the 19th District and in Chicago in general.

Defeating the plague of violence in Chicago, Wallace insists, can be attained while simultaneously holding law enforcement to the highest professional standards. Wallace recognizes police stand between the law abiding and violence, and police are worthy of support. While LaPointe voted in favor of weakening law enforcement and the law by supporting the SAFE-T Act, Wallace is vowing to support legislation which safeguards the law abiding and opposing motions which remove critical police leverage over lawbreakers. Wallace asserts LaPointe’s police reform schemes are paralyzing law enforcement’s ability to remove criminal offenders from the streets and places both residents and police at significantly greater risk of attack from criminals.

Tina Wallace is of the general conviction education is paramount to all pupils, regardless of age. Instead of a “one-size-fits-all” model for all students, Wallace believes school curriculum should be broadened to appeal to students’ skills and aspirations. To reach this goal, Wallace is proposing an expansion of Career and Technical Education (CTE) curriculum statewide and at Chicago’s community colleges. Wallace believes wider CTE choices will enable students opting against enrolling in a four-year college or university or adults seeking trade certification to acquire the “soft-skills” in demand in today’s labor market and improve an individual’s possibilities for a career.

In addition to broadening student curriculum to oblige all pupils, Wallace is also proposing to return coursework on self-sufficiency to the classrooms. Instruction on financial literacy, money management, taxes, managing debt, and state and federal laws concerning finance would be included and would enhance their ability to learn and further prepare students for a lifetime of challenges.

LaPointe’s extremism should render her unelectable

Weak, irresponsible leadership in Springfield is creating one of the greatest catastrophes Chicago has ever experienced.

As Progressive radicalism sweeps Chicago’s streets and civil-society institutions, the one question which remains is whether its agenda can be translated into law. Clenching socialist economic policies and fringe cultural views, Ms. LaPointe’s sole purpose in Springfield is to transform the civic compact by imposing an uncompromising, absolutist, and illiberal brand of social-justice on 19th District residents and the State of Illinois. Ms. LaPointe has rejected a leadership role in Springfield in favor of an activist role.

19th District residents deserve strong, thoughtful, and principled leadership in Springfield. 19th District voters are also deserving of a representative who shares residents’ values, is concerned with their needs, and acts in the best interest of constituents. A traditional Democrat with moderate views, Tina Wallace vows to offer leadership of the highest order, to endorse legislation aimed at improving the lives of residents, and defend the rights of 19th District residents.