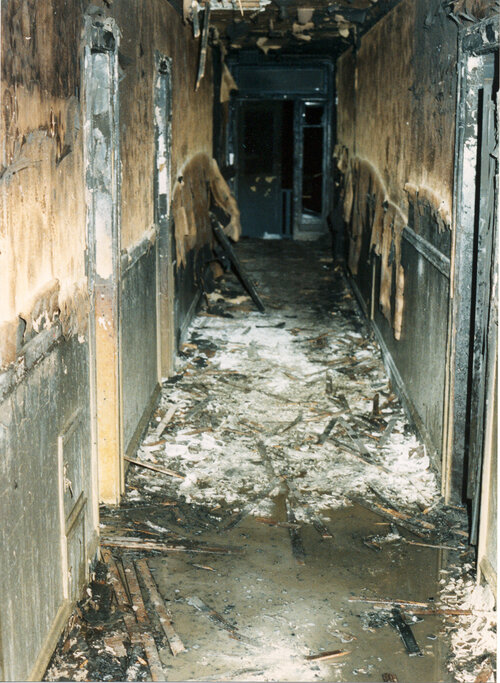 As evidence grows daily that a collusion between the media and Democratic Party operatives foisted fake scandals on President Trump in an effort to oust him from office and undermine his administration, President Trump is now faced with an ominous decision about Chicago and Illinois.

Illinois is coming to the president with their hats in hand, desperate for federal bailout money in the wake of the pandemic and the state’s utter failure to manage their budgets.

The President asked a fundamental question about money for Illinois in a recent tweet:

But the issue is not simply about money. The president is currently claiming a collusion between the media and a radicalized Democratic Party. This collusion, Trump and his supporters contend, engineered fake scandals against Trump in what they claim was nothing less an attempted coup. Trump alleges corruption at the highest levels of the federal criminal justice system. More and more, all the roads of these attacks seem to lead back to the Obama administration and the Department of Justice under Obama’s leadership.

More is at stake, then, for the president than just whether he should bail out the home state of Obama. The reason is that these tactics of taking over the justice system and weaponizing it against their political and ideological opponents, even the president, are nothing new. They originated in Chicago and were perfected here. In fact, President Obama, as a community activist on the city’s South Side, had a front-row seat to its development and, as the evidence of fake scandals alleged against Trump reveals, he likely mastered these tactics during his years in Chicago.

Maybe, then, Obama’s relationship with such radicals as Weather Underground members Bernardine Dohrn and Bill Ayers was far more intimate than Obama claimed?

While Obama was in Chicago on the South Side, he saw firsthand the process of falsely accusing police officers of misconduct in an effort to get convicted killers released from prison. In claims every bit as baseless and suspect as the ones alleging Trump conspired with the Russians to win the election, Chicago’s radical elite have created an industry out of accusing police of corruption, claiming that myriad number of men have been falsely convicted of murders and rapes due to police racism and corruption. This industry is bolstered by a non-existent “independent” press, one that has transformed itself into a key player in this industry, just as the media pushed the collusion narrative against the president and ignored all the evidence that it was false.

The fact that so much evidence has arisen pointing to fraud in this movement has not diminished it one degree, a sign of the city and state’s deeply enmeshed and depraved corruption. It is a telling irony that the city’s pension payments shortfall is close to the same amount of money the city has paid out in lawsuits claiming police misconduct: $850 million. This number only hints at the expenses paid by the city in defending the police officers in court before there is a settlement.

There are dozens, if not hundreds of exoneration cases that should be reviewed, but one stands out above all others. Obama’s DOJ turned its back on reviewing the exoneration of Madison Hobley for a 1982 arson that killed seven people. Though no court proceeding ever concluded that Hobley was innocent of the arson, whose victims included his own wife and child, Governor George Ryan released Hobley and three other convicted killers from prison in 2003 with no new evidence of innocence. Ryan’s decision marked the ascendance of the radical left in the city and state’s political establishment, made more obscene when Hobley and all the once-convicted killers were made millionaires in legal settlements.

Obama’s DOJ ignored all the evidence that Ryan was releasing these men in deference to political pressure and as a favor shortly before Ryan himself would go to prison on a 21-count corruption conviction. His DOJ had the opportunity to dig deeply into this “exoneration” but refused.

One wonders if conservatives had confronted this decision by Ryan in 2003, would the Russian hoax against President Trump have ever come into being? If the corruption of the Democratic Party was confronted in Illinois back then, how different would Chicago, Illinois, and the country now be? If President Trump sends money to Illinois, will it just go to pay off more convicted killers suddenly and ludicrously transformed into victims in Obama’s home state?

Obama’s weaponization of the DOJ against Trump has taken many forms. One was the federal takeover of city police departments through consent decrees. Using ridiculously flawed and selective “evidence,” Obama’s attorney generals were able to push their unconstitutional, racist policing claims into federal courtrooms, aided once again by a media wholly conspiring with them. The result in most of the cities is a drastic increase in crime upon the very people Obama’s DOJ claimed to be fighting for.

Take Baltimore, please. From 1999 to 2014, Baltimore had a trend of declining violent crime, just like Chicago, which hit a 50-year low in 2014. Now with five years of criminal justice “reform” and a consent decree in Baltimore, things have gotten worse year after year. In 2016 there were 318 murders, in 2017 there were 342 and in 2019, 348. Last year was the worst year in all of Baltimore history. There are currently approximately 57 murders per 100,000 residents in an estimated population of 600,000, a staggering statistic.

Is this the future of Chicago and Illinois that President Trump should bailout with even more tax money?

Trump’s attorney general Jeff Session condemned both the DOJ investigation that gave rise to the consent decree and the agreement itself, but it was too late. He was unable to prevent it from taking shape, as Illinois Attorney General Lisa Madigan and Chicago Mayor Rahm Emanuel conspired to push it in the federal courts with the lapdog Chicago media working as their media relations specialists. At the same time, Emanuel was settling one ludicrous multimillion-dollar lawsuit after another against the police, including making the men known as the Englewood Four multimillionaires after being “exonerated” for raping and murdering a prostitute, even though the former prosecutor, Anita Alvarez, insisted they were guilty of the heinous crime and even though one of the offenders led the police to a lagoon where they dumped weapons used in the murder.

Part of these consent decrees imposed under Obama include the establishment of a special monitor, complete with a large staff, which, when assembled, resembles a NASA control room. All these “experts,” unable or refusing to address the evidence of corruption in the anti-police movement that gave rise to their positions to begin with, bleed the public coffers to the tune of hundreds of millions of dollars.

After ignoring Trump and Sessions’s claims that the consent decree was baseless, now Illinois and Chicago want federal money? Would a bailout of Illinois amount to a payout to these useless bureaucrats?

It’s not only police misconduct lawsuits, exoneration claims, consent decrees, and special monitors that have wiped out the city and state tax bases. The anti-police narrative Obama and his lackeys imposed upon Chicago has also driven a host of policies that have further handcuffed the police and created various civilian oversight agencies, which are, in truth, kangaroo courts aimed at criminalizing the police.

As the city and state waited anxiously to see what course the pandemic would take in Chicago, rulings by the Chicago Police Board that fired an officer who fatally shot a man attacking him with a bat weigh heavily. An innocent woman was also tragically killed as the officer defended himself. In the wake of such bizarre rulings, completely contradicting the use-of-force policies and law, officers now must ponder what will be their punishment should they utilize force fighting civil unrest if the pandemic intensifies?

Now a state whose biggest city creates a police oversight agency that declares war on the police wants federal money from a president who deeply supports the police? Keep in mind that after eight years of Obama and his war on the police, murders have increased in American cities, including Chicago.

All that reform, all that social justice, and the streets are bloodier than ever, a level of crime that further bankrupts cities and drives citizens to other places not run by Democratic political machines.

President Trump should support Chicago and Illinois. As former attorney general Jeff Sessions stated in his opposition to the consent decree, Chicago and Illinois are vital to the rest of the country, economically, culturally. But a blank check to the state would likely only be funding the president’s own radical political opposition, and the city and state’s as well.

Chicago and Illinois are ripe for the same kind of intense review that Attorney General William Barr is conducting in the Russia hoax and in revealing evidence that General Flynn, like so many police officers in Chicago, was falsely accused.

That means investigating not only Obama’s corruption against Trump as president, but the origins of the whole sordid mess in Chicago and Illinois.

Before it’s too late.