UIC Social Justice Warriors Confuse Causation with Correlation, But Many Parents Even at Elite Chicago Schools Don’t Know the Difference 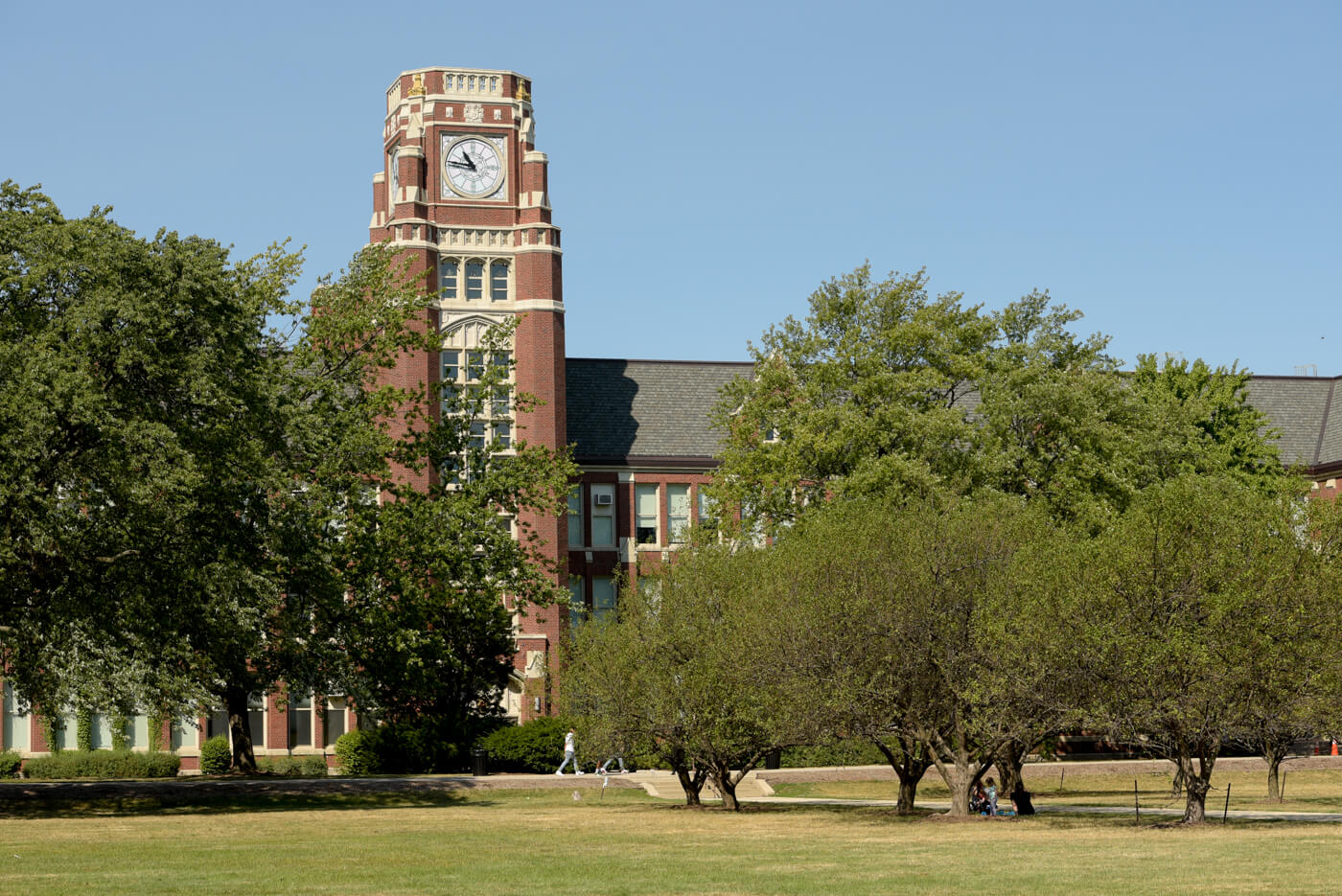 Nothing screams “equivocation” like a study that makes spurious claims backed by little to no methodology, pedagogy or just plain data. According to Merriam-Webster, an equivocation means, “deliberate evasiveness in wording: the use of ambiguous or equivocal language.” Many studies, including those published by the University of Illinois Chicago’s Institute for Research on Race and Public Policy (IRRPP), make equivocations by stating all inequality is explained by racism. For example, a recent series of studies published by the IRRPP suggests that the gaps between black and whites whether related to unemployment rates, incomes, crime, etc. have come as a result of systemic racism. But have they?

A peanut gallery statistical analysis of the studies themselves — even outside of a peer review academic environment — would suggest there is no proof of these claims. At a recent training event for community members of an elite Chicago school led by a tenured UIC professor, one parent in the audience with an academic and professional background in policy and statistics learned this first hand. During this diversity and inclusion training session, according to this individual, it quickly became clear that most parents — the majority of whom in the audience likely had graduate degrees — were either too afraid or too aloof to ask the hard questions which would quickly highlight how there is lots of social (justice), but no data science in this “research.”

Let’s first consider the source data from which this attempted parental brain washing session was built from. The IRRPP report, “A Tale of Three Cities,” 87 slides in length, covers several topics ranging from housing and economic security to justice, education and health. The data itself, though dated (the time period covers typically 2011-2015) highlights different outcomes based on demographics such as foreclosure rates, unemployment rates, wealth inequality, racial representation of Chicago Public Schools (CPS) teachers as compared to racial composition of CPS enrollment, graduation rates, murder rate per capita (Chicago takes the top spot among major cities, both in absolute and per capita numbers), incarceration rates and then a slide comparing public expenditures on criminal justice vs. hospitals, libraries and parks and also payments for Chicago Police Department (CPD) misconduct, conviction rates by neighborhood, heart disease, stroke and cancer mortality rates. And more.

None of the data itself appears surprising. All of it shows discrepancies and differences among blacks, whites and Hispanic populations. The data sets appear neither surprising nor inaccurate. Blacks, according to the data, fare worse than both their Hispanic and white peers.

According to the parent, during the diversity and inclusion training session, the presentation organizers, when finished reviewing the slides, immediately moved to ask: “what will you do with your white privilege to make this better?"

Yet according to the parent, nowhere in the 87-slide presentation did the presenter or the IRRPP data show a single statistical regression model, correlation analysis or a list of potential causal or correlated factors that could have generated the disparity in results in the first place. However, the question on the minds of audience members who are not trained in statistics and analytical methods invariably leads to one: why the disparity?

Is it because of their privilege? Or is it just a convenient way to blame Republicans?

In fact, a middle school attendee boldly asked the following question after this moment: “I'm wondering if black men are incarcerated more because they commit more crimes or because they are just punished more severely?" The answer provided came immediately: "In the 1980's, the President had pushed a policy called the War on Drugs and that's why there are more blacks in jail." So Nancy Reagan and The Gipper caused a disproportionate number of blacks to become incarcerated because they were mean, G-d fearing conservatives who saw drugs as a scourge on upward mobility for law abiding African Americans?

Again, according to the parent, no statistical data was offered to support the presenter’s claim. The IRRPP lecturer went on to explain why getting rid of cash bail is a good thing (such a bill, just passed by the Illinois State Legislature now awaits the governor’s signature), "Because blacks have less money compared to whites and other races so they couldn't afford to get out of jail as easily as whites."

But what about the outcomes? Eliminating cash bail, according to a recent Chicago Sun-Times op-ed quoting a Chicago Tribune investigation, showed that eliminating cash bail, following Cook County Chief Judge Timothy Evans’ 2017 order doing just that, has been deemed an utter failure. Independent studies further support that claim. Again, the IRRPP presenter failed to present any supporting data for getting rid of cash bail.

From a statistical and analytical perspective, both of which appear remarkably absent in these UIC studies on race, one must ask the question: “why the disparity across the different demographic groups?” Armed with logic and supporting data, one might expect to see a list of potential causes and/or at a minimum, a list of variables that appear correlated to the divergent outcomes.

This list might include some “unpleasant” variables that the social justice warrior community does not wish to discuss such as the number of single parent households, reliance upon government food and income subsidy programs, drug use, school dropout rates, childhood pregnancy, refusal to assist or cooperate with police investigations, among others. What makes root cause analysis even trickier involves the notion that somehow society must expect “equal outcomes.” But few places in society offer absolutely equal outcomes.

As the noted Stanford African American economist and social theorist Thomas Sowell points out in his article, “Discrimination, Economics and Culture,” one could,“... fill a book with statistical disparities that have nothing to do with discrimination.” Sowell gives plenty of examples including the sport of basketball in which he suggests that participants in that sport “are not in proportion to their representation in the general population of the United States.”

Surely most people do not think the NBA is racist against whites, Asians or Hispanics, yet groups such as IRRPP advocate for equal outcomes — always in accordance with their representation in the general population — when nowhere in life would society expect equal results.  Why do Germans produce great cars? Why do Mormons have higher net worths than other religious groups? Countless examples negate this ridiculous claim.

However, neither the University of Illinois Chicago and its IRRPP program nor the academic leading the aforementioned diversity and inclusion training session, even attempt to show either the factors that could have led to the disparate outcomes or the correlation analysis of the variables (or any variables for that matter) on the outcomes. Instead, the research and lecture relied upon an equivocation, a suggestion of plausible sounding causal factors — white privilege, systemic racism and institutional racism — and asked the audience to contemplate its white privilege and what it can do to achieve better outcomes.

So much for math.

Perhaps instead of asking the school community at this venerable Chicago institution what they can do to make amends for their “privilege,” audience members would be better served by challenging administrators to become messengers for analytical rigor —which is what schools should be teaching children, let alone evangelizing with curious parents, especially when it comes to tackling our most challenging urban issues.

What is more vexing is how the University of Illinois Chicago IRRPP gets away with describing its work as legitimate research in social science. But maybe we shouldn’t be so rigorous in our critique. Perhaps a city where part of the “healing process” is tolerating triple digit percentage increases in carjackings at gunpoint a year deserves nothing more.

Indeed, maybe it’s the best we can expect from a politically motivated, state-funded university that abandons all resemblance of best practice around scientific study, statistics and logic in an attempt to institutionalize guilt trips over scholarship. But truly the most insidious nature of the material itself is how it attempts to link the atrocious levels of black on black crime in Chicago —according to CPD data, close to 80 percent of the homicides in Chicago are committed against blacks, and nearly always, when a rare arrest or conviction ever occurs, by blacks — with uncorrelated factors rather than analytically provable hypotheses that might actually lead to improved outcomes through better policy (e.g., contraception, counseling and/or incentives to reduce teenage pregnancy).

Just like a mostly peaceful carjacking, we’ll chalk this one up to a spurious diversity and inclusion joy ride, albeit one at the expense of teachers, parents and children, few of whom have the statistical background to even know how to spot an equivocation sitting on the surface of —let alone camouflaging itself in —pseudo scholarship.

But privilege on the other hand … you can’t correlate that, now can you?