Was the City of Chicago Justified in its Battle Against WBBM, Savini, and Media? 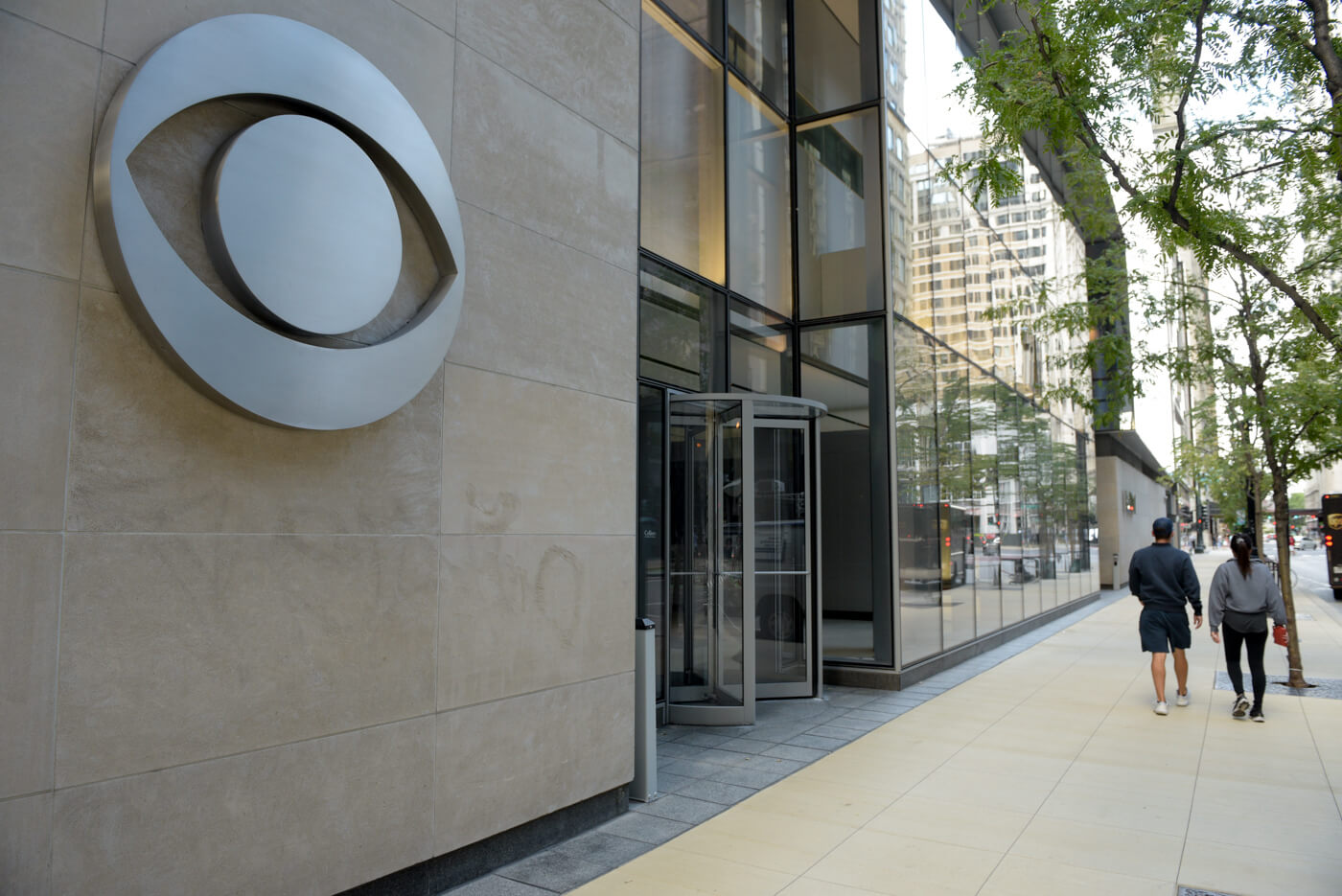 Did attorneys representing the City of Chicago have good reason to go to court in a doomed attempt to prevent a news organization from broadcasting police video cameras of a search warrant on the wrong dwelling?

The city’s last-ditch attempt to prevent CBS’s local affiliate, WBBM 2 News, from showing video of a search warrant on the wrong home when officers burst in an innocent, unclothed woman reeks of authoritarian attack on the First Amendment rights of the media. But taking into account the allegations of a collusion between the local media and the anti-police movement may explain the city’s strategy in trying to prevent CBS from broadcasting the video.

These allegations against the media emerged during the tenure of city’s top lawyer, former corporation counsel Mark Flessner, who alleged that biased media pressure, not evidence, was unfairly pushing police misconduct lawsuits, a claim widely held by Chicago police and prosecutors.

Is this media bias one reason why Flessner attempted to stifle the CBS broadcast? Is this bias the source of Mayor Lori Lightfoot’s outburst against Chicago Tribune reporter Greg Pratt, initially calling his reporting “reckless” and “irresponsible,” though Lightfoot later folded and apologized to Pratt, who preened about the apology on social media?

Under Mr. Flessner, have city attorneys become fed up with the Chicago media and their seeming willingness to push cases against the police that benefit the attorneys suing the police?

There are compelling signs they are.

The first sign is the shocking one-sidedness of the media coverage. On the Richter scale of scandals, misconduct and ineptness, the warrant story pales compared to the allegations alleged by Flessner’s office in several murder exonerations.

Evidence is emerging in federal court under attorneys guided by Flessner, for example, challenging the decision by Cook County State’s Attorney Kimberly Foxx to release two men convicted of rape and murdering a young woman, Antwinica Bridgeman, in 1994. In another case, Foxx is under fire for releasing two men, Gabriel Solache and Arturo Reyes, convicted of murdering Mariano and Jacinta Soto in 1998 in the couple’s apartment and kidnapping their children. So too is the decision by former Governor Quinn to commute the sentence of Tyron Hill for his 1993 murder sentence under fire. These cases are just the tip of the iceberg. The list of exonerations under fire, almost all based on allegations of misconduct by police and prosecutors, goes back four decades.

The media’s role in these exonerations is also under attack in many of the lawsuits, with city attorneys working under Flessner specifically citing media pressure as a key factor in the release of the once-convicted killers.

Yet there is a media blackout on these allegations by Flessner’s attorneys, something no doubt shocking and offensive to the city attorneys alleging them in court proceedings. The disparity in media attention, indeed, the silence over these cases, suggests, once again, an appalling media machine operating in Chicago.

Another suspicious subplot in the warrant scandal is the news reader involved, CBS’s Dave Savini. An ancient activist in waging war on police officers and ignoring the false attacks against them, Savini has been finding ways to attack Chicago police officers for decades. Savini’s stories often bolster lawsuits against the police in federal court. In one of his most despicable narratives, Savini turned an officer who had been dragged under a car during a 2013 traffic stop into the offender. Despite the officer almost being killed and the offender charged with attempted murder, the offender was eventually awarded more than $850,000 in a civil lawsuit in the wake of Savini’s despicable, moronic, and hysterical coverage.

Another sign is the fact that Flessner’s office filed a motion calling for sanctions against the attorney representing the woman, Keenan Saulter, in the warrant case claiming the attorney leaked the video to Savini even though the video was under a protective order.

A federal judge condemned the release of the video.

Addressing the leaking of the video to media, Federal Judge John Tharp said:

"I’m still somewhat at a loss as to understanding how an experienced lawyer like Mr. Saulter could, upon review of this order, conclude that it was appropriate or proper to disclose the video recordings to a news agency, or any other third party."

However, this is nothing new for Savini or CBS. Savini’s attacks on police go back decades and ties him to another Chicago media figure whose career is intimately tethered to the police misconduct industry, Chicago Tribune columnist Eric Zorn. In fact, going all the way back to the infamous Ford Heights Four case, Savini boasted about what media pressure from him and Zorn, along with former Medill School of Journalism professor David Protess, who left Northwestern in an abhorrent scandal, could play in criminal cases.

As written in the American Journalism Review:

“In 1996, Zorn wrote a series of columns about the Ford Heights Four case, and WMAQ, NBC's local affiliate, aired nearly 40 stories on it. ‘Protess was the spark,’ says Dave Savini, a WMAQ investigative reporter who covered the story. ‘People like us and Eric Zorn kept the flame burning by doing our jobs,’ says Savini. That created a sense of public pressure, and the guys eventually got out.”

Since Savini uttered this statement so long ago, the “public pressure” initiated by the media has taken on an entirely new meaning in the federal courts under Flessner, whose administration has argued what could be tantamount to a pattern and practice of collusion among the media on behalf of inmates alleging police misconduct, including cases in which once convicted killers have walked free.

Does any reasonable person think that the Tribune’s coverage of the Anthony Porter exoneration case for a 1982 double murder wasn’t a seminal influence of Porter walking free, on the exoneration of Madison Hobley for a 1987 arson that killed seven, of Nevest Coleman being released from imprisonment for the murder of a young woman? The list grew steadily during the reign of Flessner, who seemed to want nothing more as a litigator than to get cases out of the court of public opinion and away from a phalanx of activist reporters and editors and back into a courtroom where evidence would be weighed by an impartial judge.

So it should come as no surprise to anyone following the civil rights cases against the police that Zorn should pen a column demanding Flessner’s resignation in the wake of warrant scandal. Here was a man who was willing to follow the evidence of corruption in Chicago with a bravery rarely seen in the city. Zorn remained dutifully silent about Flessner’s staggering revelations, yet pounced on Flessner, demanding his resignation. Such is the fate of so many courageous public servants in Chicago. Ask the best detectives in the city, now routinely dragged into federal court and forced to plead the Fifth Amendment at the recommendation of their attorneys because the criminal justice system has so disgustingly transformed distinguished officers with unblemished career records into culprits and brute criminals into martyrs.

The Tribune is also facing hard times. Reporters and editors are reportedly facing buyouts over layoffs. On social media they self-righteously claim market forces and class divisions are behind the layoffs. They paint themselves of victims in a system they cannot control. How sickening. The truth is that the public is beginning to see magnitude of bias and arrogance in the American media, as well as their tired machinations and the public has grown sick of them.

The Chicago media cabal have manufactured a mythology, a mythology built upon a weak foundation of four forces: An attorney general who will look away from the pattern of corruption in the exoneration movement, as Barack Obama’s Attorneys Generals did, a county prosecutor like Kim Foxx in bed with them, and a corporation counsel who will roll over and settle the cases, as every corporation counsel before Flessner did. Indeed, Flessner’s predecessor in Rahm Emanuel’s administration was a virtual ATM machine for exoneration claims, squandering the city’s money in laughable payouts on the most ludicrous claims.

The fourth key factor necessary to push the false anti-police mythology is a collection of elected officials who bow to the forces of the Chicago media. The uniformity with which Lightfoot and the city council folded in the wake of media pressure against Flessner in the warrant narrative is breathtaking in its utter political cravenness.

This political cowardice in the face of media browbeating is the real dividing line in contemporary politics. Lightfoot and the City Council’s kowtowing to media clowns reveals more and more that the separation between effective elected officials is not ideological, but rather a willingness to confront the media on their bias.

President Trump’s willingness to do so has garnered a heartfelt passion of national support for an elected official not seen in decades, a public fed up with the smarmy machinations of the entitled “professional” journalists who seem to believe it is not their job to inform the public, but to control their imaginations through uniform, hysterical indoctrination across every media venue.

In this regard, Chicago most resembles a Marxist outpost, for the media and their activist overlords do not believe that facts rule in any context, whether it be history, law, journalism, or education. More specifically, they seem to believe facts must be fitted or ignored as an instrument of propaganda, even if it means the killers of children must walk free and become multimillionaires and public servants sacrificed at their altar.

After engaging so much courageous and original work, Flessner and his staff now join the company of so many Chicago detectives who investigated heinous crimes and brought the perpetrators to justice only to see that work and their reputations tarnished by a morally bankrupt media.

Who knows, maybe some day Flessner and his staff will be forced to plead the Fifth Amendment as well, in some once-obscure federal courtroom suddenly filled with drooling reporters, whose sole credential is a purchased journalism degree with student loans they don’t feel they should have pay back.