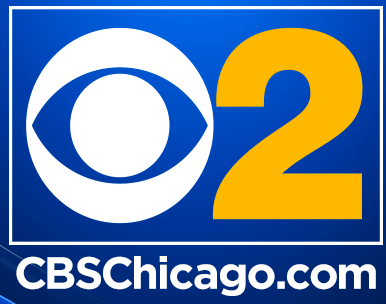 “A confrontation with police,” CBS 2 frantically warned, “was caught on camera, and has already been seen millions of times on Twitter.” An unsurprising salutation to viewers from the local CBS affiliate, it has the ring of previous WBBM reporting on Chicago police officers and demonstrates precisely why the local CBS offshoot has suffered a disastrous loss of journalistic prestige in its coverage of police. A station with a knack for condemning Chicago police, by the conclusion of the story broadcast on August 12 one may be tempted to ask out loud why WBBM reporter Suzanne Le Mignot did not simply provide a fainting couch to her interviewee.

The story over the incident in question begins on August 7 when Chicago police officers with the 18th District were patrolling an area near the only remaining parcels of the Cabrini Green housing development on the city’s Near North Side. Although the swath of land has undergone a major transformation in recent years, as retailers on the nearby Magnificent Mile can attest, no quarter of the Windy City is immune to violent crime. Shortly after police arrived on the scene near the intersection of Oak and Cambridge, officers searching for an armed man came across Tommie Hendrick and his acquaintances gathered on a nearby walk. While Hendrick and his chums are accused of no wrongdoing, and it is within the law to videotape public employees, according to CBS 2’s reporting, apparently an exchange between police and Hendrick’s group took place and then police moved to a nearby location. The incident should have ended there. Unfortunately, it did not. That the matter did not pass quietly and without generating controversy is very possibly the responsibility of Hendrick and his pals.

This was harassment of police carrying out their official duties.

While no complete account of the incident has been established, it is a very strong possibility the initial encounter between police arriving on the scene and Hendrick’s group began with police warning Hendrick and his colleagues about a potential danger posed by an armed man on the loose, and the issue of a lawful order to Hendrick and his friends to remain at a safe distance determined by police while they conducted their investigation. Although sheer speculation, if we accept this version, for Hendrick, who by his own admission pursued the officers with his cellphone camera rolling after police departed, the decision to follow police was tantamount to interfering with and obstructing a police investigation and led to the unnamed officer’s outburst.

But since CBS 2’s reporting is heavy on sophistry and fluff and light on facts, when Le Mignot interviewed Hendrick, she chose to schmooze with the lad as opposed to inquiring what motivated his dogged tracking of police or whether his giving chase to officers with a camera consisted of hounding police in the midst of an investigation. Although Hendrick provided no video evidence of police allegedly threatening either him or anyone in his group with a gun, Le Mignot treated his word as if it came from a Burning Bush. Recounting his harrowing tale of coming face-to-face with police, Hendrick beamed with a megawatt smile and said:

“They (police) hop out, guns drawn, pointed them at us, threatening to shoot if we run — and then, out of nowhere, they just go.”

In order to maintain her established narrative portraying police as a band of cutthroats, Le Mignot then concocted an elaborate diversion. In a portion of her story resembling a segment found in Harry Porterfield’s famous image-making machine, Someone You Should Know, Le Mignot reported in a voice loud enough for the deaf to hear Hendrick is a college student, informed viewers he was recently involved in the recording of a music video with Chicago rapper FBG DUCK, and gave Hendrick a chance to offer coping mechanisms for the officer in question. Magnificently silly reporting, a reliable hunch for the considerable vigor with which Le Mignot directed viewers to Hendrick’s pursuit of a college degree and his affection for music could rest with her desire to paint Hendrick as incapable of deception, to tamp down on any wild speculation among her audience Hendrick has an affiliation with a gang, and render Hendrick a victim of police.

But just when viewers could not think CBS 2’s and Le Mignot’s reporting could become any worse, it does, and with both dishonesty and panache. In a fragment of her story which demonstrates CBS 2 is a spent force in Chicago media, Le Mignot reported the officer in question captured on video “appears to reach for his gun” when meeting with Hendrick’s group for the second time. For good measure, CBS 2 froze the video, dimmed the background, and highlighted for the audience the unnamed officer fleetingly placing his right hand on his service weapon as he thundered at Hendrick and his mates. In order to fully grasp what occurred, it is necessary to strip away the layers of deception Le Mignot constructed around police in her story. Although it is presumed by CBS 2 and Le Mignot the unnamed officer sought to remove his weapon as he approached Hendrick and his friends, if CBS 2 and Le Mignot were involved in any honest reporting, they would have informed their audience the unnamed officer’s brief grasp of his secured weapon is a reflexive gesture plainclothes officers are generally known to perform over the style of holster they utilize in the course of duty. This fact, however, was of no concern to Le Mignot, who chose instead to speculate on matters she is not competent to judge.

This is how CBS 2 rolls.

Another example of how CBS 2 and its intrepid band of purported journalists operate, the entire purpose of this story was to depict police as overly aggressive homicidal maniacs and paint a college student who quite possibly defied a lawful command from police to withdraw from an area under investigation as a victim of police intimidation.

All pretenses in this August 12 story aside, what is notable about CBS 2’s reporting on police is not just how deceptive it is, though it is certainly as much, but how common it is. A story which awakens memories of CBS 2’s distorted reporting over the police department’s execution of search warrants, the network’s decision to ignore what appears to be a group’s willful defiance of likely police commands to remain away from officers as they carried out an investigation demonstrates CBS 2 is fixated with tarnishing Chicago police. A bizarre infatuation, by pursuing this brand of coverage of police, the broadcast of frivolous or fabricated controversies, CBS 2 is revealing itself perfectly content with triggering or intensifying anti-police alarmism for fun and gain.