What it Will Take to Keep Companies in Sweet Home Chicago 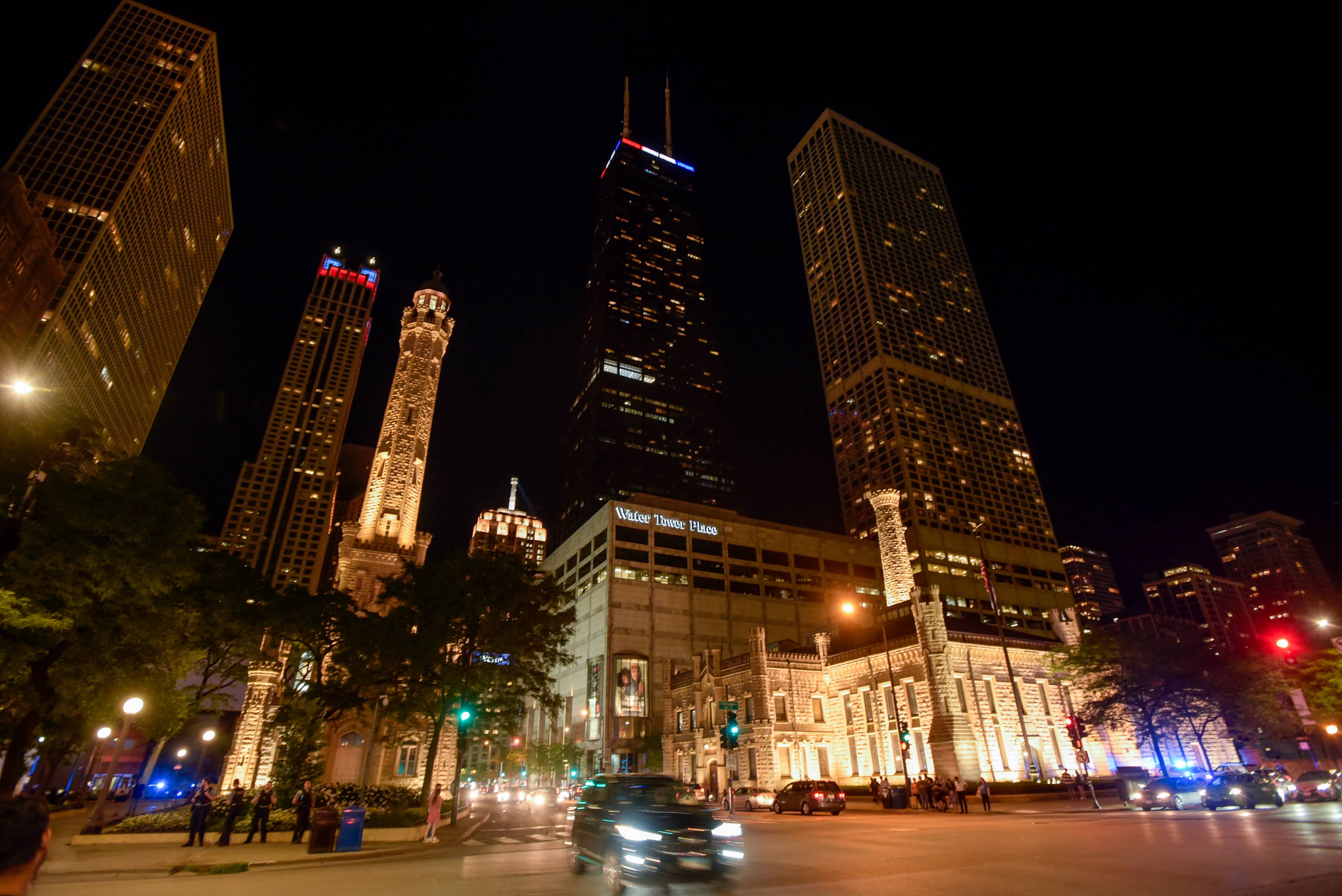 It's not just large companies leaving the Windy City

The ongoing feud between two of Chicago’s most powerful, the governor of Illinois who inherited his fortune that put him in office, J.B. Pritzker, and his nemesis, Ken Griffin, the self-made billionaire, has come to a sad end.

While Governor Pritzker might be putting on his plus-size party pants now that Griffin and his company Citadel are leaving Illinois and the city of Chicago, one can’t help but think this sad feud has resulted in the naming of a wrong winner — and the more generous one, as Griffin announced over $100 million in new charitable gifts to 40 Chicago universities, museums and hospitals two weeks after his departure announcement.

But it’s Ken Griffin, not J.B. Pritzker, who has led the exodus out of Chicago, and in turn, Illinois.

The headline corporations that have left Chicago, such as Boeing and Caterpillar get all of the attention, but small companies, such as restaurant owners (who have shut their doors), retailers and technology firms, are also leaving the city.

And though these companies will all likely see tax benefits for leaving the state of Illinois, especially that pesky Chicago cloud tax, make no mistake: Companies, and people, have left primarily for one reason and one reason only.

Consider one technology company originally on the Magnificent Mile that reorganized and incorporated in Northwest Indiana, using a work-from-home employee pool. The tipping point had everything to do with crime and nothing to do with the taxes as that owner told Contrarian: “I can’t sleep at night with my people taking the Red Line train and getting off at Grand Avenue. There is a violent incident on the Red Line at least once a week.” The recent activity on the Red Line has been exhaustively covered by CWB.

The crime situation has become so untenable, George Soros needed to write an op-ed in the Wall Street Journal in a feeble attempt to make his case why these progressive reform prosecutors need to coalesce “around an agenda that promises to be more ‘effective and just’.”

Soros cites blacks incarcerated at a higher rate than whites but the data clearly shows blacks also commit more violent crime than other ethnic group. In addition, but somehow always lost in the social justice narrative, the victims of most of these crimes are also black. How does a no-foot-chase policy, non-prosecution, no bail and the move toward electronic monitoring vs. prisons help minority communities exactly? The blame for many of those policies, however, lies solely with J.B. Pritzker, the Democratic-controlled Illinois General Assembly, the Chicago City Council, Mayor Lori Lightfoot, and State’s Attorney Kim Foxx.

Soros goes on to make many more outrageous claims, likely because his installed prosecutor shills remain under immense political pressure given the skyrocketing crime in most of these cities. He claims, through some twisted logic, that the new progressive agenda aims to improve both safety and justice. Perhaps Soros had played a game of opposite day in his head because the evidence suggests otherwise — cities have become both less safe with less justice particularly for actual victims of violent crime.

Soros continues by blaming mental illness and “isolation imposed by Covid lockdowns” (a favorite tactic amongst the progressive set), a pull back in policing (due to the policies of progressive prosecutors as well) and an increase in gun trafficking as the root causes of the rise in crime, which earlier in his piece he suggested were dropping. Funny but there seems to be an almost inverse near perfect correlation between strict gun laws and gun violence, last time we checked.

His op-ed, nonetheless, managed to irk enough people that Sen. Tom Cotton (R-Ark.), amongst others, published a rebuttal with the clever header, “No Crime and No Punishment was a pleasant daydream, but the results speak for themselves.”

The statistics Cotton quotes provide a clear picture of the state of crime and the “new progressive approach.” According to Cotton, “Between 2019 and 2021, the number of murders in San Francisco surged 37 percent, in New York 53 percent, in Philadelphia 58 percent and in Chicago 60 percent, far outpacing the national average. Other violent crimes, robbery in particular, and quality-of-life offenses have also skyrocketed.”

These aren’t numbers that Soros ought to tout on his list of accomplishments.

Nevertheless, it is crime that has Chicago area businesses on the run. Vacancy rates in downtown Chicago have reached their highest level ever. It’s the culmination of these progressive policies that have led the once wonderful Magnificent Mile to rot.

According to one business owner, “it’s simply unsafe to walk down the street, and I feel badly for the clueless tourists.” The 18th Police District, which includes the Mag Mile, has seen an explosion of violent crime in 2022, with only carjackings declining.

Consider the following statistics according to CWB Chicago for the 18th District during the first half of 2022:

According to a recent article discussing Ken Griffin’s exit from Chicago, Citadel made its decision to leave for several reasons but specifically cited an employee being stabbed walking to work along with “shootings, riots and looting near some employees’ homes.” Griffin himself experienced an attempted carjacking.

Since the pandemic, other businesses have re-tooled and re-assessed plans. Even restaurants have started to change up their formats because people have moved to a hybrid working model, some of that due to crime. According to a recent Crain’s Chicago Gist podcast with Amy Guth, restaurants such as Le Colonial have added locations in the suburbs like Lake Forest to capture and serve customers that used to dine in the city. Not only are rents lower, but the spaces are larger. As more people have concerns about rising crime in the city, the restaurant industry looks poised to grow in the suburbs.

Then there is the matter of retail on the Magnificent Mile. According to a recent Crain’s Chicago article, retail vacancies have now reached 29 percent with Uniqlo, Macy’s, and The Gap all departing these past couple of years. Perhaps even worse, mall owners have given up (that is not a typo) their malls back to lenders. Which malls? The biggest, Water Tower Place, and the Shops at North Bridge. Insiders probably have bets running on when Burberry will decide to call it quits, being a popular target among thieves.

According to a recent report from the Real Deal, new formats that could help revive the Magnificent Mile suggest more “vertical formats”, experiential concepts, smaller stores, and a pedestrian bridge to Oak Street Beach.

But the 800-pound gorilla in the room remains getting a handle on crime. Without that, it will be hard to draw in business owners, investors, and lenders required to remake Michigan Avenue, let alone the Loop (which, according to a recent article in The Financial Times, saw a decline in occupancy from “100 percent in the weeks before lockdowns in 2020” to “46.3 percent in June”).

Mayor Lightfoot and her PR team may attempt to spin a good yarn about how new “Class A” office space is nearly “sold out” and continues to demand sky high prices. But with downtown Class B and C office occupancy at all time lows, which continue to sink quarter-over-quarter, small and large retailers abruptly shutting doors on the Mag Mile and beyond, and Starbucks closing select in-store Gold Coast seating areas (and likely stores, in the near future), it’s clear the Invisible Hand is voting on the one issue it cares most about: crime.

But at least we can all enjoy Lori’s Summer of Joy as long as we’re prepared to take that latte to go.