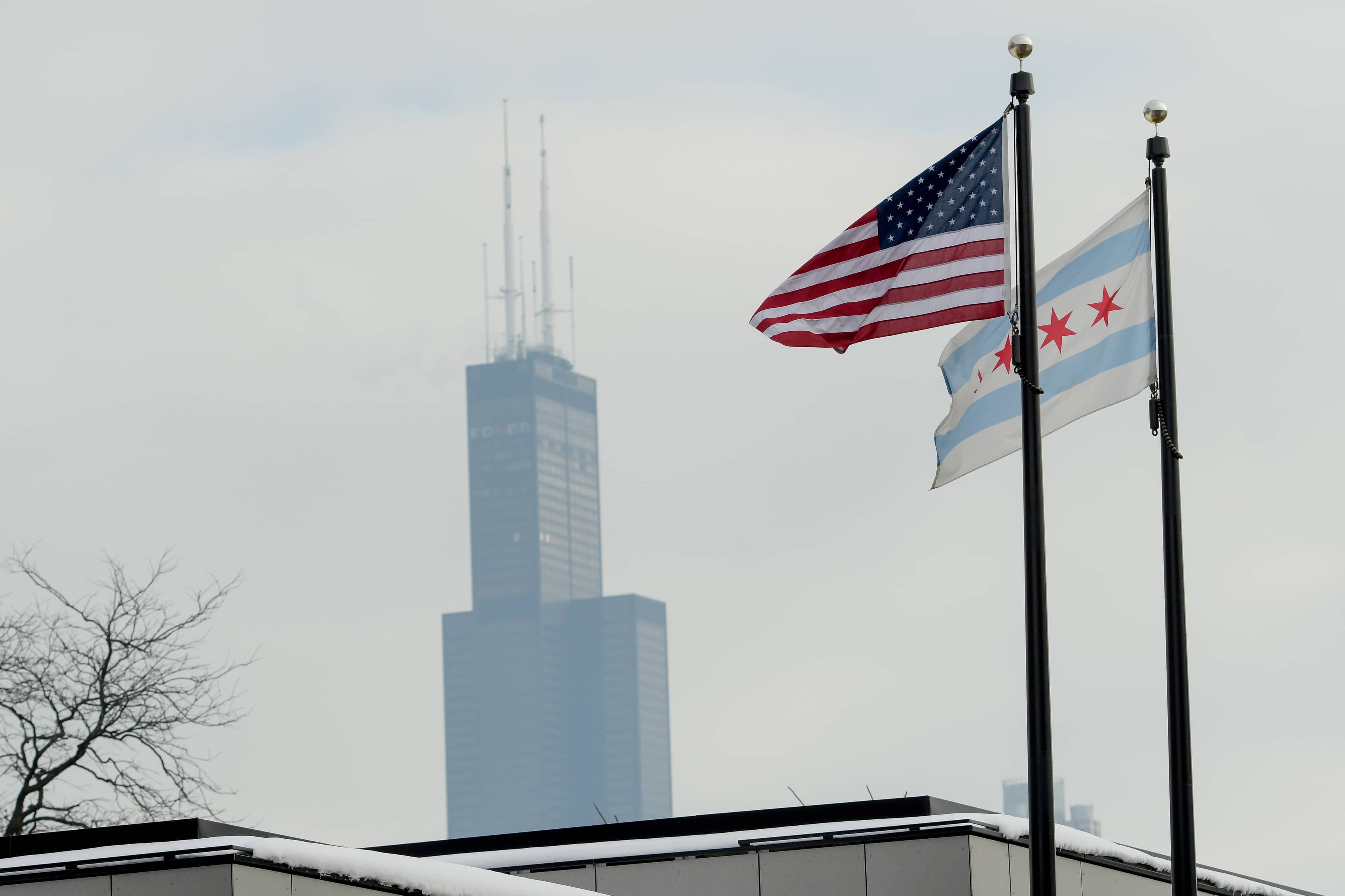 A vision for Chicago

Every place has a symbol. Ironically, Chicago has a legacy of modeling itself to be a bigger, better Paris; why fight it? Let’s see if we can learn from that old analogy today. The Arc de Triomphe in Paris was built in 1806 and symbolized the centralized aggression of Napoleon’s France. And yet only 83 years later, the Eiffel Tower, or that Iron Lady "La dame de fer" became the leading symbol of Parisian advanced technology.

The tallest expression of healthy communities at 1833 feet tall, this building abandons twentieth-century barriers of Zoning-by-Function. Functional zones on maps have been obsolete for years; the pandemic made it glaringly obvious.

Today in the United States small, entrepreneurial, micro-facilities make custom, although slow, semiconductors. These companies are orders of magnitude smaller than Taiwan Semiconductor’s (TSCM) 7 nano-meter chip fab plants. Such “mom & pop” semiconductor fabricators can operate inside such a building. Demanding a highly-intelligent workforce, such technology shifts the focus of reinventing Chicago manufacturing.

This image of 1833, the tallest building in Chicago, is not a symbol of Sears Roebuck Corporation nor the John Hancock Insurance Company; not even symbolic of foreign investors profiting from developer-built styles. Instead, it is the assemblage of 51 Urban Villages into diverse scaled cooperative environments, becoming a piece of culture-producing infrastructure. It proposes a new way of living in the city, where corporations, entrepreneurs, and families cohabitate in a fresh, financially supportive environment.

Unexpected technology changes paradigms. Not surprisingly, City Planners unintentionally assume an impossible responsibility by placing society’s functions on a zoning map. And the futility is absurd: they cannot predict the future, especially in times of dramatic change. And yet Chicago continues with these obsolete methods.

1833 represents an advanced finance and decision-making system that accommodates change by responsibly decentralizing decision-making. It links to issues in communities at distinctly different scales. It includes the old places such as corner bars and light manufacturing near worker homes, idolized in places like The New Apartment Lounge, Von Freeman’s home away from home. 1833 also contains dynamic decision-making needed to support unexpected operations emerging as technology and society evolve. And so, while we don’t know exactly how people will live nor the technology they will use, we can sketch the contours of Villages, Neighborhoods, Districts, Cities, and even the significantly wider Chicagoland Metropolis.

Good governance, which is what democratic elections are supposed to be about, requires good judgment. Not judging others, but the discernment of challenges and opportunities. Healthy decisions are made relative to the scale of an issue: nuisance issues of a corner bar are different than the nuisance issues of Soldier Field and Casinos. Simultaneously, Village and Neighborhood-scaled entrepreneurs, such as babysitters and caregivers, can be supported by nearby people.

In contrast, District or City-scaled entrepreneurs might need acres of land with a vast supply of water and power. And there are financial investments that both small and large-scale entrepreneurs depend upon. How do we, as a metropolis-wide community, gauge the potential success of various entrepreneurs' attempts? Should centralized Mayoral control continue to make decisions at all scales of activity?

City-scaled industry of the early 20th century tended to fix the minds of City Planners and politicians alike, sometimes for good reasons. Early 20th-century machine politics attempted to manage widely different ethnic immigrants toward a single collective accomplishment: not renovating Paris but building the modern city of Chicago. Any such endeavor is bound to human folly. Chicago’s governance decision in 1909, a judgment to invest and build what became Navy Pier, is our quintessential example of a collective accomplishment and folly, which did not meet any of its intended purposes. And yet Navy Pier remains iconic, and the City continued to make other fruitful decisions.

How do we educate the young to make good judgments? Should we continue to allow centralized decisions to invest in superficial neighborhood designations cut from a Disney World playbook? Or can we decentralize decision-making to enable distinctly-scaled groups of people and organizations to make their places, Villages, Neighborhoods, Districts, Cities, and the Metropolis itself socially and financially viable for their unique needs?

I like eating at Roberto’s cafe for breakfast. It’s bright by the greenhouse, and he makes tasty energy bars. It’s only one floor away from our house, and I take the stairs by myself. When my classmates arrive, we go to our Reading and Literature session in my Village.

My teacher Mr. Alessandro asked each of us to read out loud a portion of a story about a Baron who lived in the trees. Baron fought with his sister, climbed up a tree, and lived there for the rest of his life. It sounded so fun, with lovely views like we get from our house.

At lunch, we always sit together in the Village garden and eat salad from the greenhouse. I started arranging tables for us when a woman walked up and snapped at me: “Hey kid who said you can move these tables?” I was startled and Mr. Alessandro is friends with Roberto. So I told her, “Our class normally sits in a group at this end of the garden on Wednesdays” The woman stared and said, “Look, you s****y-mouthed Kid, you and all your snot-nosed buddies should be in school, and that guy should get a real job.” We were stunned; no one had ever seen this person before. Mr. Alessandro walked over, saying, “This is our literature class. You are welcome to join us. Otherwise, there are many places to sit, including quieter places where you can take a phone call.”

The woman angrily knocked over a chair and left. That afternoon I was glad to be harvesting the greens in the garden, pruning the tomato buds, and thinking about living in trees. We had dinner with our neighbors telling stories about our day. Later that night, we gathered down on the Pauseway Plaza with people from other Villages. Kids played, and adults talked about developing trust online and inside our Villages.

Chicago is still a great city, if significantly smaller than it used to be on the global stage. Even a smaller Paris continues to evolve. We have an opportunity to use our broad-shouldered energy and create an innovative symbol that inspires new ways to live in the middle of North America.