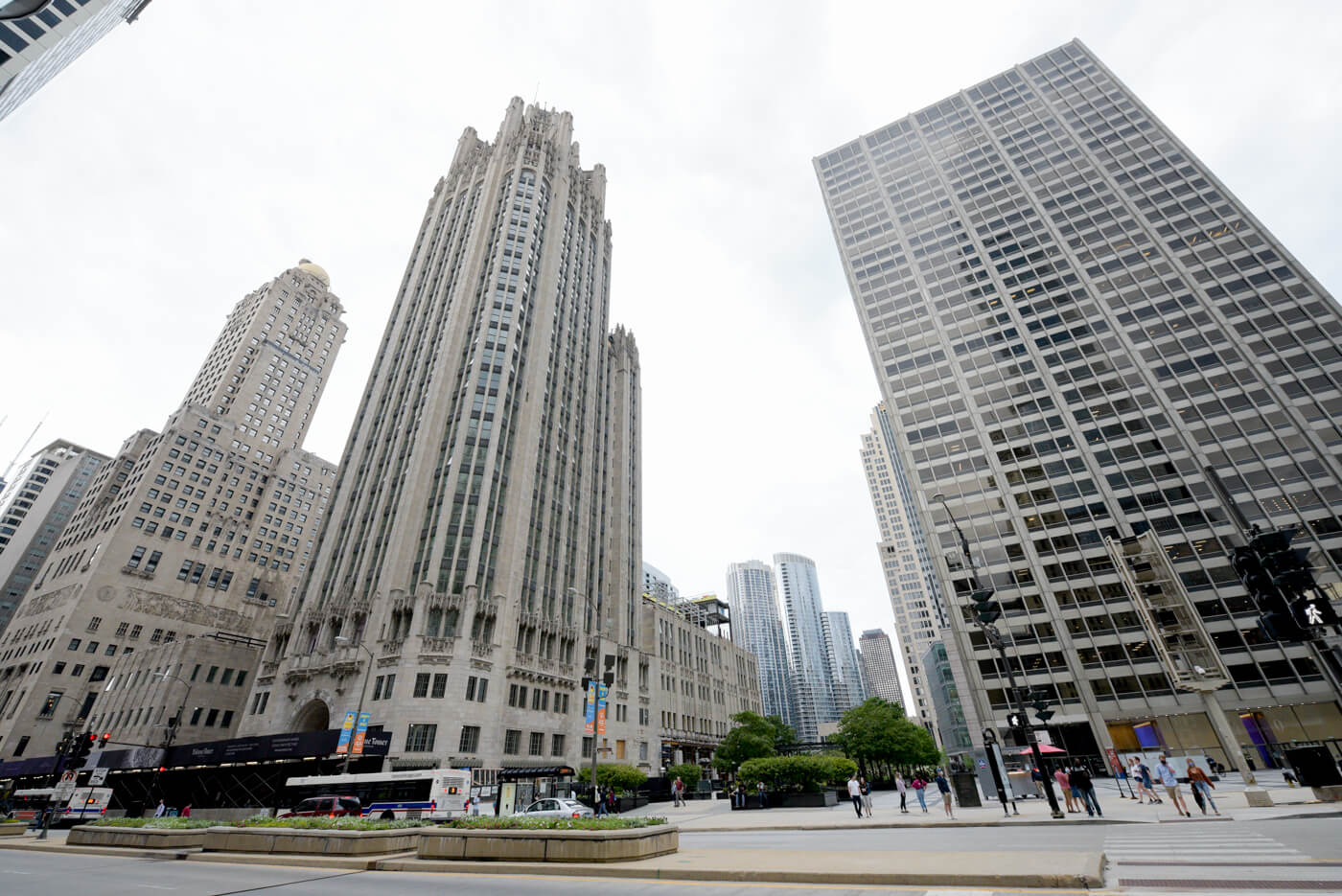 The relentlessly self-promoting scribes calling themselves journalists in Chicago are weeping and wailing about a potential buyout of the Chicago Tribune that could all but end the careers of so many reporters at the newspaper.

To many outside their cloistered media community, their laments are little more than annoying noise. The claims of these self-conceived martyrs to truth are as false as they are melodramatic. The sad truth is that journalism ended at the Tribune years ago. The signposts of its demise are abundant, but one stands out above the rest.

It was November 20, 2005, and the announcement came via Chicago Tribune columnist Eric Zorn in one of one of the most despicable articles ever to find print in Illinois, which is really saying something in Chicago.

The focus of Zorn’s diatribe that day was an attorney who had just done something extraordinarily courageous.

Attorney Walter Jones had defied the entire narrative pushed by Zorn and the rest of the buzzing media flies that Anthony Porter was innocent of a 1982 double murder and should be awarded millions of dollars for the 16 years he spent in prison. A gang member with a rap sheet that reads like a Christmas card from Hell, Porter and his supporters, among them Zorn, maintained this narrative of Porter’s innocence because another man, Alstory Simon, had come forward and “confessed” to the murders for which Porter had been convicted. Simon’s confession allowed Porter to walk out of prison in view of gushing reporters, his transformation from predator who would gun down two people in Washington Park like dogs into innocent folk hero was all but complete.

The only thing that stood in the way of making Porter’s claims orthodox history was Porter’s civil lawsuit against the detectives who investigated the case and concluded Porter was guilty, for the flimsy reason that every single witness they interviewed either put Porter at the scene or said they actually saw him commit the crime and not one ever mentioned the name Alstory Simon.

One of the shocked reporters walked up to Jones after the verdict and asked how it was that Porter could not get any money for being wrongfully imprisoned. Jones pointed at Porter and declared: "The killer has been sitting in that room right there all day."

The following day, Zorn penned a column attacking Jones for contradicting the narrative that Porter was innocent, even suggesting that Jones should be sued for defamation (sound familiar?).

Zorn’s column marked the end of Chicago journalism for many reasons, not the least of which his column was an initial and powerful sign that the media would disregard evidence that an anti-police narrative is full of holes, that the media would attack prefer to attack those pointing out this evidence rather than consider the evidence itself.

Despite the holes in the Porter narrative, the Tribune continued its onslaught against the police, bringing forth argument after argument that a convicted killer was innocent, many of them as dubious as the Porter claims, even after Alstory Simon was released from prison in 2014 by Cook County State’s Attorney Anita Alvarez.

“At the end of the day and in the best interests of justice, we could reach no other conclusion but that the investigation of this case has been so deeply corroded and corrupted that we can no longer maintain the legitimacy of this conviction,” then-State’s Attorney Alvarez said.

It wasn’t just Zorn. The Tribune filled its newsroom with what could rightly be called activist reporters, willing to push these claims, but going silent when the narratives were challenged in the federal courts.

Even after the Porter exoneration narrative unraveled, the Tribune continued their attacks on the police over and over. City attorneys began challenging other claims in the federal courts, not unlike the challenges Jones made in the Porter case. These attorneys even cited the Tribune’s coverage media pressure as a factor in these cases.

Nevertheless, Zorn and Tribune reporters continued to push the exoneration narratives, like the release of Nevest Coleman and for the 1994 rape and murder of a woman in basement of Coleman’s home. This case too is being challenged by city attorneys, with the demand top prosecutors in the Cook County State's Attorney's Office be deposed to explain their decisions not to retry Coleman for the crime.

The media coverage of the Porter saga is important for another reason. It transforms the wrongful conviction narratives away from local police misconduct claims into allegories that could help illuminate a larger phenomenon taking shape across the country.

Was the Tribune’s attack on Jones and the detectives who worked the Porter case, for example, one of the first and ominous examples of the cancel culture now common throughout the country? Jones and the detectives who worked the case are all public servants who, much evidence shows, tried to fulfill their duties, yet were attacked by a seemingly activist and ideologically guided media machine.

These cases have also been transformed into a kind of Greek mythology through the monolith press, often spearheaded by the Tribune, that became the foundation of a host of policies, commissions, and legislation all based on a mantra of “police accountability,” a key component of the anti-police movement. The backlash? More murders and an increase in violent crime. The recent misnamed “police accountability” legislation signed by Governor Pritzker may very well be another example.

As Alden Publishing makes its bid to take full control of the Tribune and potentially eviscerate its newsroom, the chest beating and wailing from its reporters about the importance of “community journalism” marks only the arrogance of its scribes, an arrogance and self-indulgence that permeates the national media as well. Never has the public held the media in more contempt than it does now, and as the Tribune has shown, with good reason.

For all the noise the media makes, Americans are becoming wise to the notion that it is not the police, nor conservatives, that has so let down the country. It is the media.

The social media rants of the Tribune scribes demanding the paper endure with the mat the helm is a chorus few outside their ranks hears. Where the current cabal of reporters and editors will end up is anyone’s guess. Someone or some entity could rescue the paper, the way the Washington Post was rescued by Jeff Bezos.

Regardless, the damage has been done.