Another Scandal Festers at the Civilian Office of Police Accountability 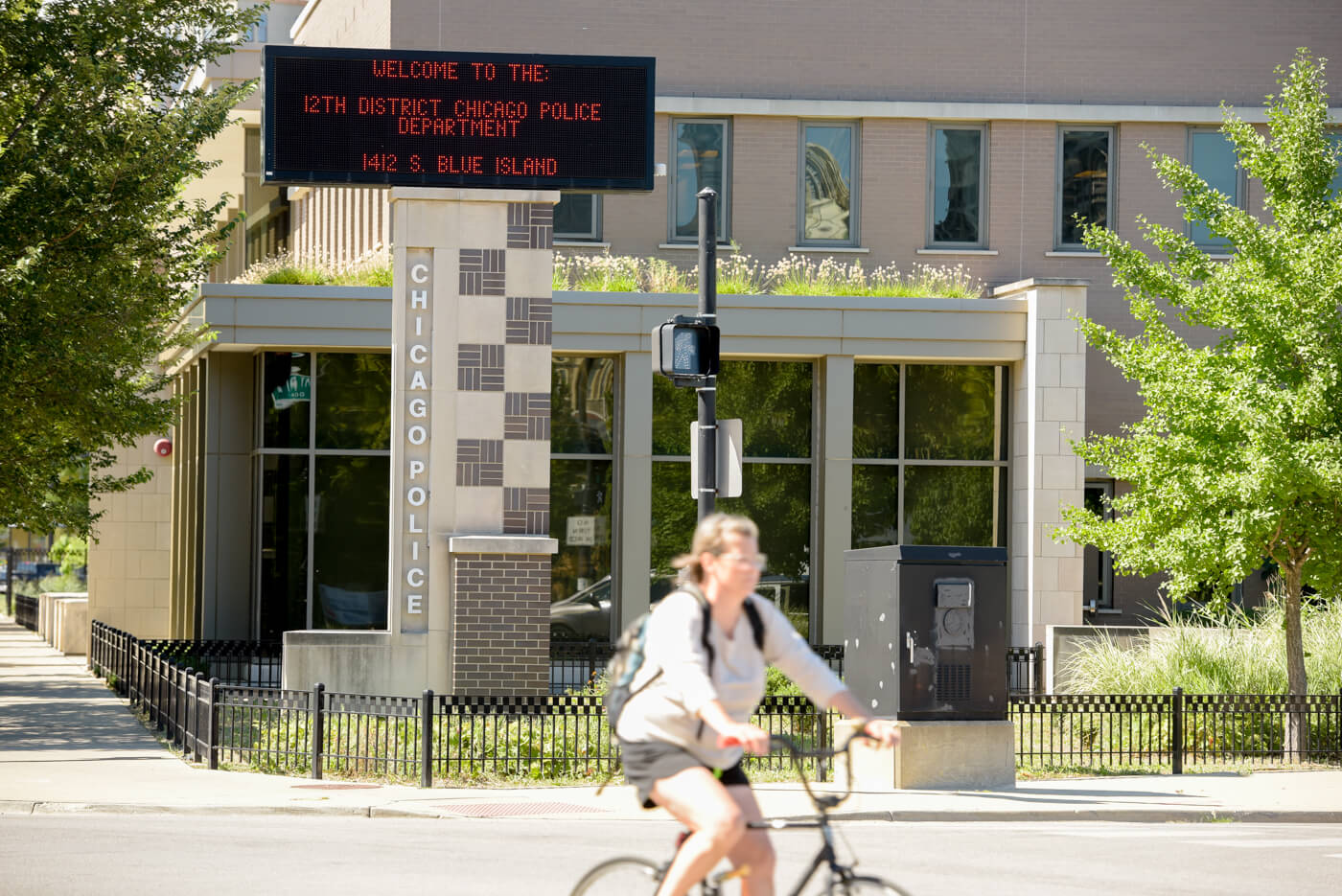 COPA has a big problem on its hands.

It has been a difficult year for the Civilian Office of Police Accountability (COPA), the agency which is responsible for oversight of the Chicago Police Department (CPD). In the last few months alone, the office has faced the wrath of the Office of the Inspector General (OIG) for a series of missteps and unwise decisions. In a blistering OIG report issued in September, COPA had its wrist slapped for failing to fully investigate cases of alleged misconduct against police and for not fully complying with the city’s Video Release Policy, which calls for COPA to release video and audio files related to police use-of-force incidents within sixty days of the incident.

Though COPA is supposed to be under the prying eyes of the notoriously daft Inspector General Joe Ferguson, the agency is once again pegged to embarrassing news. On December 8, a COPA employee was arrested by officers serving with the CPD’s fugitive apprehension section. Though the employee’s name was not released, the COPA staffer is alleged to have participated in the rioting and looting which overwhelmed the Magnificent Mile on August 10. The accused, who is believed to be a paralegal with COPA, was later released without charge. Responding to the latest disgrace, COPA issued a programmatic statement declaring the agency was examining an “internal personnel matter.” COPA’s statement pointedly reminded readers of its “high accountability standards” and “strict code of conduct” for employees.

While attempting to contain the pandemonium downtown, which occurred after a justified police shooting on the South Side on August 9, thirteen Chicago Police officers were injured.

Whether this arrest has a criminal conduct dimension remains to be seen, but one thing is undeniable: The arrest of a COPA employee is scandalous.

The arrest of a city employee for entanglement in looting would be disgraceful under normal conditions, but this is COPA being addressed. An agency with a long history of discrediting itself, if we cast our minds back to COPA’s earlier incarnation, the Independent Police Review Authority (IPRA), one will learn both police watchdogs have historical reputations marred with scandal. Created in 2007 as an independent department of government, IPRA existed for a relatively short time before it became embroiled in controversy. Following former Police Commander Glenn Evans facing twelve charges stemming from a 2013 pursuit and arrest of an armed suspect in Chicago’s Park Manor neighborhood, questions arose about IPRA’s probity. Though Evans was later acquitted of aggravated battery and official misconduct in a bench trial, IPRA faced the unsavory accusation that two investigators had divulged privileged information related to Evans’ case to WBEZ’s Chip Mitchell. Among the information alleged to be released was a confidential DNA report on which Mitchell reported. Several years later, in 2020, it was revealed an IPRA investigator improperly disclosed sensitive information on a 2016 police shooting to the offender’s family and sought to profit through a referral fee for brokering an introduction between the offender’s family and an attorney.

By 2016, crushing public criticism of IPRA intensified and the troubled agency underwent a cosmetic tweak. Resurrected as COPA, the newly nipped and tucked investigative body absorbed most of IPRA’s personnel and the infamy continued to roll forward.

In one of the more notable cases which revealed COPA’s scummy maneuverings, the agency failed to hand over all relevant material related to its investigation of former officer Robert Rialmo. A tragic story, Rialmo was sadly compelled to use lethal force against Quintonio LeGrier, a college dropout who swung a baseball bat at Rialmo as he and his partner, Anthony LaPalermo, responded to a domestic disturbance call at the LeGrier home in 2015. Though COPA determined Rialmo’s action was unjustified and recommended his dismissal from the department in December 2017, the oversight authority was exposed to have concealed the opinion of an outside expert paid by a Virginia law firm retained by COPA to review Rialmo’s use of force. According to a 2018 Freedom of Information Act (FOIA) request, COPA had withheld the judgment of Boston Police Lieutenant Robert Harrington. Harrington drew the conclusion Rialmo’s actions were justified. Though caught in a colossal deceit, COPA remained studiously and consistently silent after Harrington’s role in the Rialmo probe was laid bare — silence is a damning argument to contest.

Although COPA’s vile subterfuge was ferreted out in the Rialmo case, more public embarrassments followed. In 2018, COPA was declared singularly unqualified to perform investigations of fatal, officer-involved shootings by the director of the Illinois Law Enforcement Training and Standards Board (ILETSB). In late 2018, a COPA employee, Alison Yohanna, was accused of improperly accessing records of police officers and faced charges for authoring an e-mail falsely claiming a COPA coworker was planning a mass shooting at its office. Although Yohanna’s attorney claimed the e-mail was sent over concern for the safety of COPA employees, she was terminated.

After Yohanna’s capers became public knowledge, COPA became embroiled in yet another impropriety, perhaps criminal: In September 2019, in a gross violation of its mandate, COPA was revealed to have executed a search warrant on a member of the CPD. The gesture, which demonstrated the agency’s willingness to overstep redlines, required a letter from attorneys representing the Fraternal Order of Police (FOP) to halt the practice — a reminder COPA’s responsibilities are limited to administrative duties. In a predicament this summer, a COPA investigator was dismissed in June 2020 after he fired a weapon at two men driving away in a stolen vehicle. While the former COPA employee was legally permitted to carry a firearm, a statement from COPA addressing the official’s dismissal specifically raised the issue of “sound judgment” expected of its employees.

Scandal has become a repeating pattern at COPA.

These are only a smattering of appalling moments in COPA’s pocked history. Nonetheless, if the full scope of the problem were to be properly exposed and defined with stark language, it would be appropriate to diagnose COPA as a scandal-plagued agency.

IPRA and its equally incompetent progeny, COPA, were once proclaimed to be the remedy for police allegedly ignoring routine abuses in its ranks and an instrument to mend the relationship between police and skeptical residents. Since its inception in either form, neither IPRA nor COPA have ever established bona fides for conducting impartial, no-drama, find-the-facts investigations. A nakedly political organ, COPA exists as a consequence of city leadership caving to a series of preposterous, maximalist demands from Chicago’s anti-police posse. Individuals and groups with no sense of proportion, they explicitly sought the formation of an arm of government willing to take dead aim at the CPD and regularly dispense an all-claws mauling to officers. In the service of this goal, COPA has evolved into an unwieldy organization teeming with anti-police zealots and ideological wild cards who play fast and loose with the basic rules of fairness. Their “police-probing” craft is comprised of deceit, dereliction, strategic silence, and conspiring with irresponsible critics of police, as well as hostile media.

To be fair, COPA can offer a legitimate defense for terminating problematic employees. Nonetheless, the mere fact trouble continues to crop up within the agency robs COPA of its credibility. Worse, the ongoing scandals demonstrate the agency struggles to attract fair-minded or sagacious candidates for employment. Similarly, the disorder inside COPA offers hints it has become a magnet for those keen on pursuing vendettas against police and the agency has few safeguards to hinder wrongdoing among employees.

Bureaucracies have faults. COPA is no exception. Police misconduct exists, but criminal behavior within the Chicago Police Department is not nearly as prevalent as critics of police would have Chicago residents believe. In truth, police misconduct is extraordinarily rare, as a majority of adverse interactions between police and civilians are the result honest police error or an officer’s poor judgment. The problem with COPA is far too many elected officials in the Windy City remain willfully blind to COPA’s defects and serious failings. When COPA’s frailties and deficiencies are disregarded, as they often are, and the focus remains entirely on COPA’s mission, we can, and often do, suffer unending scandal which undermines law and fairness, inspires little confidence in police, and decreases public trust in government.

The arrest of a COPA employee is not a passing storm, but rather the most recent of the agency’s unending problems. Though COPA would prefer to have this latest scandal go down the memory hole, the matter is now in the hands of the Office of the Inspector General. While the OIG is yet another tarnished city appendage, Joe Ferguson would best serve Chicago by carefully considering the fact a COPA employee was arrested for possible criminal behavior during a bender of undisciplined mob violence which witnessed fury and gunfire directed at police.