Can the GOP Make a Comeback in Chicago? 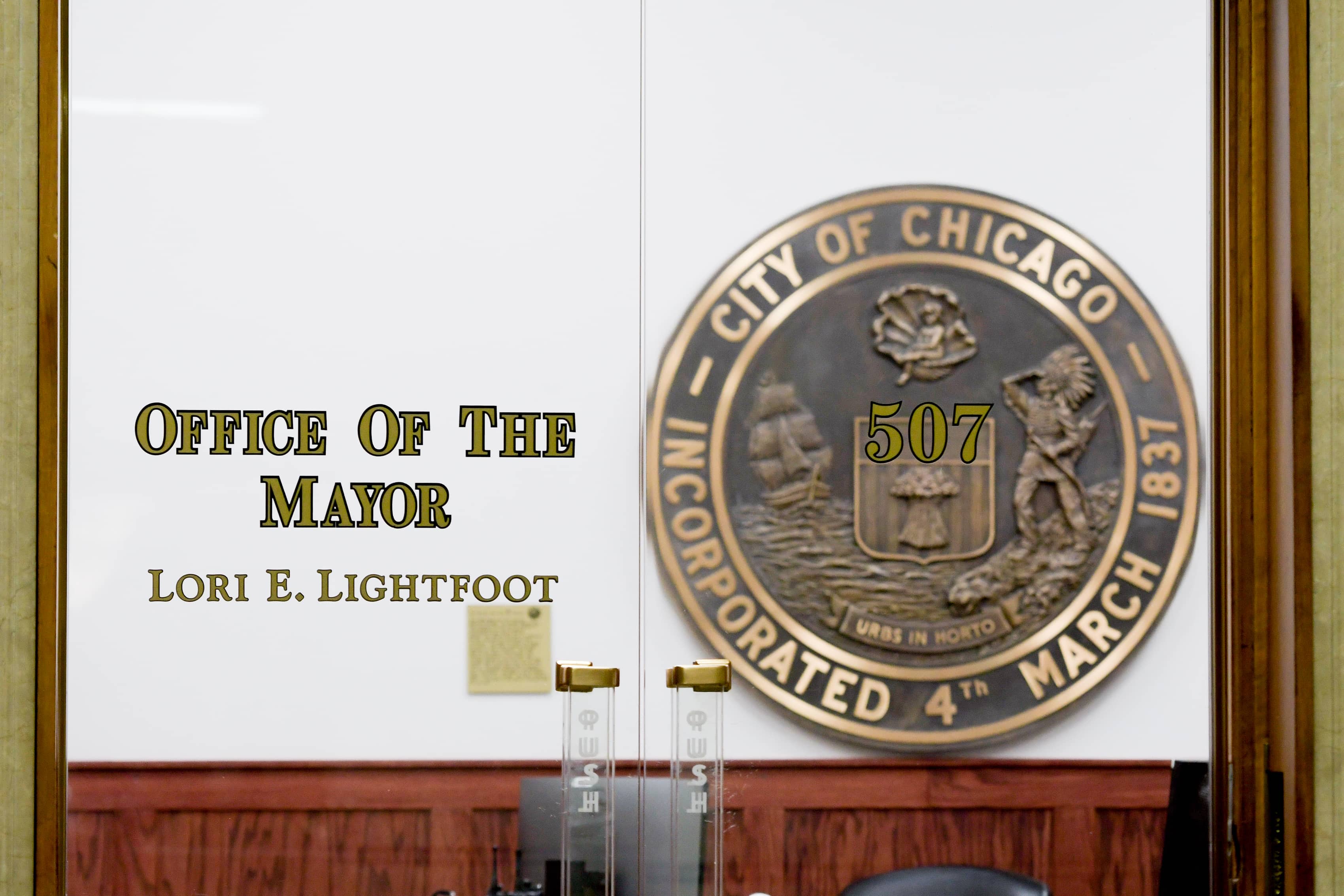 With Mayor Lightfoot on the ropes, will the Republican Party or Chicago's GOP donors influence the 2023 mayoral election?

Though the numbers from the Chicago Index survey do not reveal for whom voters are inclined to cast their ballots in the 2023 mayoral election, the poll is replete with bad news for Mayor Lori Lightfoot.

A survey conducted between Nov. 29 and Dec. 12, 2021, among 831 respondents, the poll is loaded with startling news of pessimism among Chicago residents and all sorts of hurt for the city’s elected leaders. First, optimism for Chicago as a whole is running low. According to the Chicago Index survey, an astonishing nine percent of those polled believe Chicago is headed in the right direction. The bad news does not end there. Chicago residents gave the city poor scores on a number of issues, primarily its schools and public safety. A poll which painted a grim outlook among Chicago residents, a mere 32 percent feel safe in their neighborhoods and only 33 percent have confidence in the quality of education offered by Chicago Public Schools.

Worse, still, for Ms. Lightfoot was the despairing message Chicago residents do not have much faith in her: The mayor enjoys a trifling 15 percent approval rating. With such parlous public support, it is sufficient to say the contempt of respondents toward Ms. Lightfoot appears boundless. Though Lightfoot’s team may be quick to brush off the significance of the mayor’s collapsing polling numbers, even at this early stage, the results of the Chicago Index survey point to a historic rejection of an incumbent mayor in February 2023.

To come to a clear understanding of the mayoralty of Lori Lightfoot, one must grasp from the outset of her administration the mayor overinterpreted the mandate she received from voters in April 2019 and misjudged the scale of the challenges Chicago faced. The predictable result has been an endless series of unmet expectations.

A tenure prone to utter chaos, Lightfoot managed to stumble through her first year in office, but emerged as a spineless appeaser to end 2019 after caving to the Chicago Teachers Union on every issue the union demanded to bring a painful two-week strike to a halt.

However, by early 2020, the ground began to crumble underneath Lightfoot after COVID struck and the George Floyd riots enveloped Chicago. Despite her denials, Mayor Lightfoot was wholly unprepared for such a massive confrontation staged by Black Lives Matter and Antifa in May 2020, and again in July as insurgents sought to topple the Columbus statue in Grant Park. An ignominious surrender to opponents of law and order, Mayor Lightfoot’s response to the crisis was hardly commensurate with the threat and, it can be argued, was the worst dereliction of mayoral responsibility and the most sordid example of maladministration in modern Chicago history.

Legislatively, Ms. Lightfoot has fared little better. Though Lightfoot has secured passage of several budgets, she has consistently failed to speak effectively or persuasively on legislative matters, has managed to, at best, earn the apathy if not outright hostility from aldermen in the City Council, and is not known for a single unique or new policy proposal. Through two-and-a-half years in office, Ms. Lightfoot has never learned aggressive messaging and a truculent personality is not a substitute for a legislative agenda.

Also at the heart of her failed term as mayor is Lightfoot’s insistence on pursuing more grandiose agendas, such as fighting inequality, racism as a public health crisis, and climate change. While the mention of these issues may jazz her base, these are matters Lightfoot has virtually no real power to address. Moreover, Lightfoot has not yet realized her myopic commitment to an illiberal brand of social justice activism and hostility toward law enforcement has proven to be more than just a drag on governing but a political loser.

Nearing her third year in office, the rot has set in and, not unexpectedly, Chicago has tired of Lightfoot’s chaotic style of governing. Though the mayor has not yet officially announced her intent to seek a second term, with few notable achievements and no second-term agenda, Lightfoot is intent on running on a message of four more years of herself.

It has been four decades since a Republican candidate for mayor, Bernard Epton, posed a threat to the Chicago Machine and an even longer period since a Republican served as mayor. The last GOP mayor to preside over Chicago was William Thompson, who served three terms before his election loss to Anton Cermak in 1931. Cermak’s victory over Thompson threw open the door to nine decades of uncontested Democratic Party control over Chicago and the Windy City has suffered terribly since.

Despite the GOP vanishing from Chicago in the 1960s, Republicans do exist in the Windy City and the plight of Chicago should cajole the GOP to once again turn their attention to this city. This, of course, raises the important question of how Republicans can regain a foothold in Chicago and maintain a permanent presence. Answering this question will require important dialogue, engaging in serious introspection, and patience.

GOP abandonment was a foolish mistake, largely because conservative policies have benefitted urban areas greatly. With a serious strategy, Republicans can win back support among Chicago voters. For the many years Democrats have held Chicago in a stranglehold, Democratic Party progressives, and now Democratic Socialists (DSAs) have established an utterly dismal record of achievement. Under the thumb of liberal policies for decades, Chicago residents have faced persistent epidemics of crime, lives marked by poverty, and incessant political corruption.

Despite being shutout of office for 90 years, Republicans can develop a permanent presence in Chicago and overcome the skepticism with which residents have greeted conservatism. To do so, however, the GOP’s resurgence in Chicago must involve a message far broader than simply pandering to residents with the promise of reversing the painful absence of law and order on Chicago’s streets. A roadmap for the GOP must consist of an attractive package of policy alternatives contrasting with ages of liberal governance and should include an emphasis on economic freedom, lower taxes, freeing Chicago from the grip of union control, school choice, and repairing Chicago’s broken finances.

While a resurrection of the Republican Party in Chicago may appear impractical after decades in the wilderness, the GOP does enjoy one significant advantage: A decade of the Democrats’ hard move to the far-left has left the Windy City deeply troubled and in a steep decline. If the GOP is to return to Chicago, it must campaign hard, pointing out the many ways Democratic incompetence has left Chicago residents in the lurch.

For the moment, the notion a Republican candidate for mayor will surface and enrapture Chicago is unlikely. Nevertheless, GOP donors residing in Chicago can play an important role in the 2023 mayoral election by reaching out to an establishment-style, moderate Democrat. The basis of this outreach for the construction of a strong liberal-conservative faction can be predicated on issues which moderate Democrats and conservative voters find themselves aligned. Primarily violent crime, taxes, failing schools, frustration with government, and a sense of alienation from Chicago’s liberal elites, these critical issues greatly outweigh progressives’ blind obsession with the renaming of streets, removal of statues from public property, dependence on government, and indifference to the rule of law.

While discrediting DSAs and progressives presents a stiff challenge, if GOP donors do opt for throwing support behind a moderate Democrat, the effort to debunk Chicago’s far-left should begin with the groups’ considerable credibility issues. This trust and authenticity problem begins with progressives’ multiple fabulations assuring the creation of a utopia in wards ruled by far-left aldermen. Despite such guarantees of an urban paradise, many of these neighborhoods have declined sharply, with some turning fetid and filthy, and overrun by violent crime. Refusal to shift tack politically despite these realities undermines the left-wing narrative of being incorruptible champions of the people.

Moreover, to draw moderate Democrat voters into a conservative sphere, GOP donors and strategists are obliged to remind them of the consequences of progressive and Democratic Socialist rule. Though the far left has provoked an unraveling in Chicago, voters first need to recognize where this now-powerful faction comes to hold sway -- hollowing out a society’s moral core and degrading individuals by turning them into a cog in the machinery of the state.

Second, voters in Chicago need to understand progressives always resort to the compelling power of the state to impose their dogma.

Finally, Chicago residents need to see how hard-leftists, are, effectively, anarchist groups which virtue signal their conviction in equality, while ignoring the paradoxes inherent in its resort to the methods of totalitarianism and illiberalism, particularly its acceptance of violence and suppression of free speech.

For those who are doubtful of the influence Chicago Republicans can cast, one need to look no further than defeat of the 2020 Fair Tax ballot measure. A proposed amendment to alter Illinois’ tax format from a flat tax to a graduated system, the initiative failed spectacularly. A plan which would have crushed economic growth, stifled job creation, and forced wealthier Illinois residents from the state, the measure was defeated in large part due to the superb planning and donations from GOP supporters. Though a statewide effort, Chicago’s Republican donors played an integral role in the defeat of the Fair Tax amendment.

Chicago’s democratic institutions can only be preserved if there is a healthy two-party competition. Though the GOP has not been competitive in Chicago in years, a pragmatic blueprint for Republicans to return before the party is completely reconstructed exists with cultivating a relationship with moderate Democrats. It was a grave error for the GOP to retreat from Chicago. Should Chicago’s GOP donors choose to sideline themselves in the 2023 mayoral election, their absence will only lead to four more years of Lori Lightfoot or, worse, the grim alternative of Arne Duncan as mayor.