Caps to Property Tax Could Settle Row over Gentrification 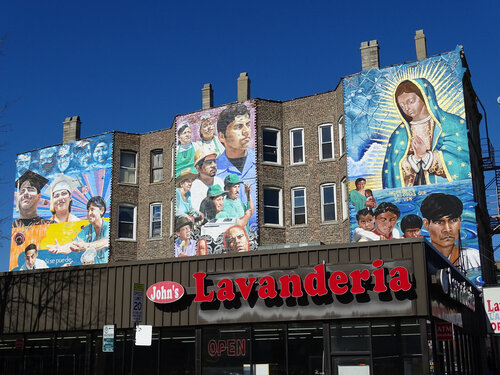 Alderman Sigcho-Lopez needs to become a man of ideas.

Gentrification has evolved into a foul word in many American cities, but the gains of the phenomenon all too often are either ignored or remain unsung. In popular telling, gentrification is explicated as white, wealthier residents descending upon poor, minority neighborhoods, which were made to suffer through decades of poverty and discrimination. As regal homes, yoga studios, wine bars, and posh restaurants blossom in these once-impoverished communities, critics of gentrification assert the unique features of the local culture fade. Worse, according to opponents of gentrification, as wealthier residents return to formerly low-income boroughs, longtime residents can be priced out and displaced amid evolving economic realities. Although a neutral analysis of gentrification could dispel the prevalent view as urban myth, Alderman Byron Sigcho-Lopez (25th) is quite obviously a convert to the notion poor residents of the ward he represents, if not for the bane of gentrification, would be fixed in place in the Pilsen neighborhood.

A conviction Sigcho-Lopez expressed openly last week, the first-term alderman upbraided Mayor Lori Lightfoot for being “out of touch” and “insulting” after the mayor drew attention to Pilsen for undergoing a revival commensurate to an urban renaissance. Citing Pilsen’s renewal over the past decade in glowing terms at the March 5 Innovation Summit hosted by The Economist, Lightfoot told attendees:

“Pilsen 10 years ago was a neighborhood we all would have been a little bit concerned about being in after dark. Pilsen now is a vibrant, thriving neighborhood. What’s the difference? The difference is economic development,” Lightfoot said.

Anodyne comments, though the purpose of Lightfoot’s remarks were to promote the Windy City as a livable city prime for residential and business development, the mayor’s observations offended Sigcho-Lopez’s fragile sensibilities. Feeling compelled to sound off and condemn the Lightfoot’s comments, in his cranky, self-indulgent response, Sigcho-Lopez replied:

“To say that this was a community where people were concerned to be after dark, those comments are not only out of touch, but they are not in line with how the community feels. Most of the people feel that it’s a beautiful community that most want to continue to be a part of but cannot afford” as rents and property taxes rise.”

“I hope that the mayor acknowledges that her comments were out of touch and hope that she expands on this and makes a commitment to increase more affordable housing, to have development where the community has a say-so and to have real transparency. We are yet to see that.”

Remarks which are tantamount to an accusation the mayor is guilty of a unspeakable moral failing, Mr. Sigcho-Lopez is deliberately misinterpreting the mayor’s response. Lightfoot, who has placed the rejuvenation of the decaying South and West sides in the front row of her administration’s policy goals, did not endorse gentrification in her remarks.

A peculiar response to the mayor’s comments, Sigcho-Lopez is one of six Democratic Socialists in the Chicago City Council and a former executive director of the Pilsen Alliance. While serving as the director of the Pilsen community group, Sigcho-Lopez used his position to wage a ferocious battle against gentrification but endlessly bemoan the absence of investment in historically non-white neighborhoods and development firms which leverage gaps in property tax laws to maximum advantage. However, Sigcho-Lopez’s protests opposing gentrification overlook the fact poorer households move with a higher frequency than wealthier ones and the reality some residents who departed Pilsen over the last decade may have left on their own volition. Similarly, Sigcho-Lopez scarcely considers the advantages of gentrification: Longtime Pilsen residents who own homes reap the rewards of reduced crime and conveniences which arrive with the change to the neighborhood.

While the Pilsen neighborhood has undoubtedly lost residents to gentrification, there is much Sigcho-Lopez can do to protect his constituents from his position in the City Council. To shield low-income residents, Sigcho-Lopez could introduce legislation to freeze real estate taxes for homeowners over the age of 65. For homeowners under the age of 65, Sigcho-Lopez could propose a similar plan, but subject eligibility to income level and length of residency. Far from an original plan, cities with decaying neighborhoods, Philadelphia particularly, have instituted similar anti-displacement plans with success. For homeowners in tax arrears, a provision could be made to avoid tax foreclosure by entering into a monthly payment agreement based on income level. Such a policy would enable longtime residents to remain in place, property tax revenue to continue to flow in, and perhaps witness a decline in tax delinquency. Moreover, a ceiling on property taxes to safeguard residents in neighborhoods facing gentrification would accommodate Mayor Lightfoot’s proposed “Tenant Protection Package” unveiled in February. Although the specifics have yet to be thrashed out, under the mayor’s plan, the notice period for no-cause evictions would be extended, and landlords would be required to assess a potential renter’s ability to meet monthly rent before considering criminal history.

A cap on property tax, however, does have risks. A peril for the reason such a levy accounts for approximately $1.5 billion of Chicago’s operating budget, while $1.5 billion is significant, it represents less than 15 percent of Chicago’s bloated $11.65 billion budget.  In a city with staggering budget deficits and which resists even modest measures at trimming the budget, a cap to property will pose a challenge, but part of small losses to revenue could be recouped by newer, wealthier homeowners establishing residency.  More important, it is a proposal worthy of serious consideration if Chicago is determined to find balance between drawing newcomers who bring a vitality to inner cities and the need to protect longtime residents.

As vexing as the problem of gentrification is today, the menace of flight of Chicago’s tax base to the suburbs is well-known and undoubtedly more ominous for the city’s long-term residents. Unless Sigcho-Lopez is categorically resistant to assimilation, the freshman alderman is best served to advance a proposal which encourages gentrification with measures to defend longtime Pilsen residents. While a cap on property tax may not be the only remedy to solve challenges associated with gentrification, it is certainly one step to bolster a thriving neighborhood and preserve both the culture and residents in the neighborhood Sigcho-Lopez represents. Apart from a policy to safeguard a flourishing neighborhood, what is needed most regarding this issue is leadership. Instead of demanding to know what Ms. Lightfoot intends to do, Sigcho-Lopez introducing a proposal in the city’s legislative chamber addressing a pressing concern affecting several communities in Chicago may well establish him as a policy wonk with a knack for solving problems instead of earning him a reputation for being a Progressive loudmouth known for provoking unnecessary feuds with the mayor.