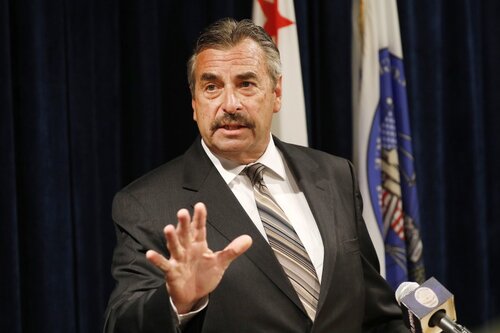 For almost two centuries the British Army based advancement within its officer corps on a system known as the Purchase of Commissions.  A practice in effect since the mid-17th century, its principle feature was a cash retainer from a young, officer aspirant paid to the government, and a similar remittance to the senior officer from whom the rank was purchased.  Although there was a range of laws, warrants, orders, rules, and customs governing the purchase of a commission, the dark bloom of scandal ultimately unfurled into the system.  In the wake a several minor but embarrassing incidents moored to the convention of purchasing rank, ignominy occurred when in 1809 it was revealed Mary Anne Clarke, the mistress of Prince Frederick, Duke of York and Albany, had profited by selling commissions.  The Duke, who served as the Commander-in-Chief of the Forces, resigned his post in disgrace.

Although Prince Frederick was absolved of wrongdoing and re-appointed to his position two years later, outrage over the mischief surrounding the purchase of commissions served to inspire a prudent study of the practice.  Recognizing the need to formally prepare young officer candidates in the art of military science and competent governance over large military formations, one of the first revisions to impact the purchase of a commission arrived in 1821 with the creation of a periodic, qualifying examination held at the Royal Military Academy Sandhurst.  The first rigid standard imposed upon the custom of purchasing commissions, although an official exam had been created, many men with fortunes behind them took advantage of three decades of relative peace to purchase their commission and secure their step over other aspiring officers of less affluence.  A period in which the purchase of commissions soared, men as young as 16 gained commissions and inexperienced or unfit officers were swiftly promoted over more-deserving, seasoned officers.

Although Great Britain remained out of European conflict for the large part of the 1820s, 1830s, and 1840s, its domestic harmony was disrupted by the Crimean War (1853-1856) and the Great Mutiny in India (1857).  Conflicts marked by conspicuous deficiencies in the planning and execution of military strategy and horrifying casualty rates, the British Army’s failure to preserve advantages it had historically maintained against its foes on the battlefield was discovered to reside almost entirely with the inferior performance of British officers, particularly those occupying its command apparatus.  A moment in which an enlightened general staff reflected on mistakes and failures, and chose to learn from them, the notion two-thirds of the British officer corps had received commissions through purchase pointed to the wisdom of dissolving a promotion framework which had invited catastrophic consequences.  Although many eminent authorities, some with considerable weight of opinion, opposed such a move, by act of Parliament under the Cardwell Reforms, the practice of Purchase of Commissions ended in 1871.  Since, elevation in rank within the British Army has rested with seniority, achievement on examinations, and completion of leadership and development coursework.

150 years after the House of Commons rid its military of the Purchase of Commissions, Charlie Beck, the interim Superintendent of the Chicago Police Department (CPD), announced the suspension of the practice of “merit” promotions.  A means of advancement in which an officer attains an elevation in rank by virtue of designation from a superior officer, the form of promotion used by the CPD is eerily redolent of the system which wrought calamity on the British Army.

In an e-mail addressed to police officers on December 10, Beck wrote:

“While I was pleased to see that so many of you have registered to take the Sergeant Promotional Examination on Saturday, I continue to hear that members have been dissatisfied and discouraged by the merit promotion system.  Therefore, in consultation with Mayor Lori Lightfoot and Fraternal Order of Police President Kevin Graham, I decided that I will not make any merit promotions during my tenure as Interim Superintendent.”

In the same dispatch, Beck also revealed his intention to recommend to Mayor Lori Lightfoot the merit system be discarded.

Merit promotions needed to be done away with.

A long overdue gesture, Mr. Beck’s decision to dispose of merit promotions deserves a round of applause. A policy put into motion over two decades ago, merit promotions were established after the City of Chicago bowed to allegations from Left-wing fantasists who declared the CPD’s rank promotion exam was discriminatory.  In addition to the charge the exam was unfair, a significant, contributing factor to the creation of merit promotions developed from the unyielding howling from the doyens of the then-budding social justice movement and pop sociologists, many of whom contended an insufficient number of minorities occupied leadership roles in the Department.  To address these alleged hurdles to elevation in rank, the City of Chicago established the merit avenue, placing it alongside the standard rank promotion examination.  A method in which twenty percent of promotions occur as a result of nomination from superiors, though an allowance is made for the candidate’s performance on the promotion exam and merit selections must be approved by a board of senior officers, under the current system, the nominee’s advancement is premised almost wholly on personal relationships with superiors.

While the British system of purchasing a commission had a rationale, it served as a form of security against officer abuse, discouraged looting in time of war, and deterred officers from involving themselves in war profiteering, very little justification can be applied to mount a defense of the CPD’s merit promotion system.  Chief among its notable failures is the mere fact the Department consistently failed to provide an agreed definition over what minimum standards were required to be met to become a merit selection.  An arbitrary system, despite the fact the merit formula had a clear core objective, the means of promotion was peculiarly absent of any threshold by which to judge a nominee and, naturally, inspired ranking officers with the influence over determining promotions to select family and preferred colleagues.  An unjust method to advance professionally, many active Chicago police officers insist countless merit selections are terribly unqualified, manifestly inept or lazy, and should not be employed with the CPD much less hold supervisory roles or fill detective ranks.

Apart from the pernicious effects of nepotism and the preservation of social exclusivity, another powerful objection to merit promotions is the practice created the incentive to cheat.  Although testing scandals existed prior to the introduction of merit promotions, dissatisfaction with the random twenty- or thirty-percent benchmarks set by the Department to increase minorities in positions of leadership begot an atmosphere in which academic dishonesty eventually became ingrained with merit selection.   An unfair system which invited foul play, in a string of scandals, some blatantly obvious, merit officers eligible for further advancement were revealed to have obtained rank promotion exam answers, the test itself, or in some instances took part in secretive review seminars convened by high-ranking CPD officials.  Unofficial workshops in which it is a virtually certainty test content was freely distributed to the select attendees, merit picks widely presumed to have advanced knowledge of exam material or bound to unauthorized pre-test review sessions are known to have received scores which comfortably eclipsed those earned by peers without the same advantages.  Worse, many of the same merit picks tied to academic dishonesty were also known to have performed poorly on prior examinations.  A system which allowed pervasive corruption to flourish, perhaps the most damning clue exposing the utter failure of merit promotions exists with the fact the only merit candidates to have ever achieved exempt standing are those tainted with exam scandals.

Often a source of controversy, merit promotions triggered lawsuits, provoked resentment among the ranks, created a class of feckless and amateurish leaders, and, most important, inspired a loss of confidence in Department leadership.  While the ability to carry out successful surveillance or subdue a criminal offender testifies to the ability of an officer to perform competent police work, only a formal rank promotion exam can genuinely adduce an officer’s mastery of police policy and procedure and flair to articulate the particulars of a criminal investigation.

A promotion scheme of which abuse ran through like a dark seam, Charlie Beck experienced a serious doubt, with justification, in the faulty system of police administration.  An abuse which undermined the efficiency of Chicago’s means of defense, Beck recognized the excellence of policing in the Windy City depends chiefly on the excellence of its leadership.  While some merit promotees have demonstrated a talent for policing and leadership, merit promotions came at a price:  Elite, competent leadership was abandoned in favor of political correctness and favoritism.  A policy which did nothing to advance the cause of defeating crime, if consigning merit promotions to the graveyard is the defining feature of Mr. Beck’s brief tenure, he will leave a fine legacy.