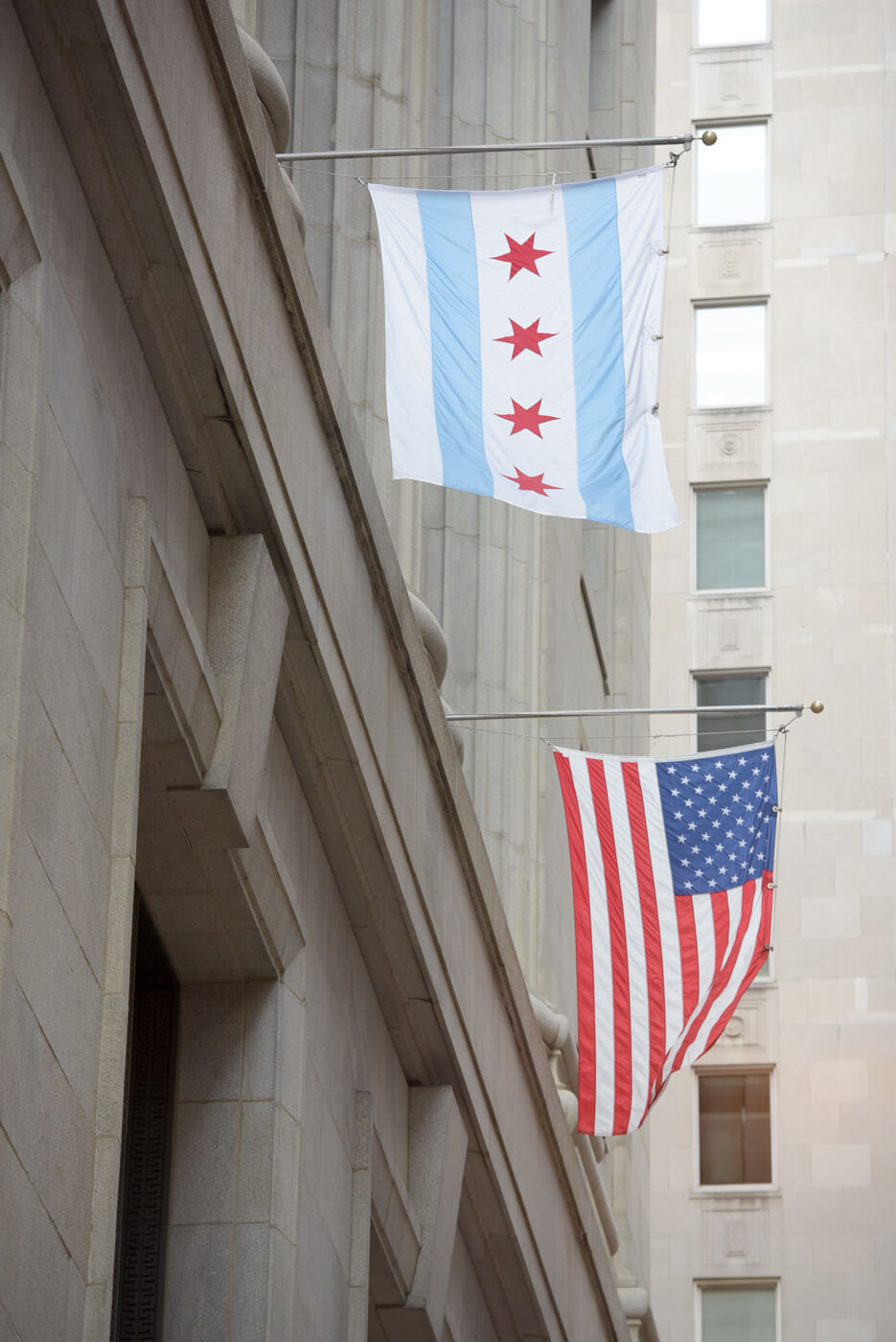 Perhaps there is no more fitting punctuation mark to the sorry legacy of Joe Ferguson than the weekend of carnage and chaos that followed the announcement Ferguson is stepping down from his position as the City of Chicago Inspector General in October.

For of all the key architects who have destroyed the criminal justice system in Chicago by using a public office as a politically-motivated witch hunt fixed on police officers, Joe Ferguson is second perhaps only to Cook County State’s Attorney Kimberly Foxx. Like Foxx as Cook County prosecutor, Ferguson transformed his office into an arm of the progressive anti-police movement in a manner so radical he has left Chicago police officers in a perpetual state of utter confusion over what they can or cannot do during the course of their professional duties.

For this reason, the record violence that erupted in Chicago over the July Fourth holiday, including 22 murders and 91 people shot, stands as clear a legacy of what Ferguson has brought to Chicago as any of the empty rhetoric of his media statements or investigations kowtowing to the activist media.

After American cities exploded in violence in the wake of the death of George Floyd in May 2020, Ferguson showed his mettle by forming an alliance with another architect of Chicago’s turmoil, Maggie Hickey, the attorney appointed to oversee a federal consent decree of the Chicago Police Department. The consent decree, since its inception, has also spelled catastrophe for the city, in particular the very people Hickey’s entourage of experts who earn millions off the taxpayers claim they were fighting for in supposedly correcting unfair policing in Chicago.

Despite the fact that some 40 officers were injured when vandals attempted to bring down the Columbus statute in Grant Park in July 2020, including one sergeant almost losing an eye, and aside the fact millions of dollars in property damage or cost to police overtime, Ferguson and Hickey cheerfully combined to hear complaints about police allegedly using excessive force against criminals who assaulted police.

In dutiful obedience to her anti-police supporters, Foxx largely dropped or reduced charges against the offenders, an act of betrayal to her sworn oath that should have generated the ire of both Ferguson and Hickey, but they hardly said a word. Taken together, Ferguson and Hickey’s silence, and Foxx’s refusal to prosecute sent a powerful message to vandals and rioters who turned out to “protest” with homespun spears disguised as signs, bricks and umbrellas used to block the view of officers as they mobilized for attacks against police guarding the Columbus statue.

This circus meeting where Ferguson and Hickey listened to the complaints of excessive force was another example that the myriad reform institutions imposed upon Chicago police, whether from federal authorities or the city itself, are a façade. They are in fact arms of the anti-police movement.

The purpose of the Office of the Inspector General is supposed to “promote economy, effectiveness, efficiency, and integrity in the administration of programs and operation of City government.” Ferguson’s response to the riots, however, revealed the primary goal of his term in office was targeting police under a vague notion of “accountability.”

There were numerous, credible reports that city public school teachers were among those “protesting” during the May-June 2020 rioting and the attempted vandalism of the Columbus statue in July, yet Ferguson never initiated any investigation or accountability for CPS’ employees’ connection to the rampant law-breaking during these “protests.”

It was even worse than that. At one point, Ghian Foreman, the President of the Chicago Police Board, the agency charged with disciplining police officers for allegations of misconduct, was present at the “demonstrations” when they became violent. A claim in and of itself crying out for an investigation by Ferguson’s office, Foreman then went on to file a complaint against the police.

Somehow, this did not stir Ferguson’s investigative instincts, nor his ceaseless passion for accountability and transparency, the highly suspicious claims of the very person leading the agency that doles out discipline to officers just happened to walk into a demonstration when it became violent, then files a claim against the police.

But Ferguson didn’t just give a green light to rioters. The Inspector General let detectives and officers know that even the most basic Constitutional rights will not be granted to members of the Chicago Police Department. In perhaps his most despicable act as Inspector General, Ferguson and his henchmen quietly told detectives, along with working officers, they too are fodder for the anti-police movement.

What Ferguson’s office did to three officers who either investigated, responded to or were present at the site at which Laquan MacDonald died revealed that police enjoyed few rights when faced with an investigation by Ferguson’s inquisitors. Showing that Chicago’s myriad public servants seek to cast as wide a net as possible, Ferguson’s office played the key role in generating criminal charges against a detective who investigated the shooting and two other officers who responded to the scene on the evening of McDonald’s death.

Burdened with a detective who might invoke his Fifth Amendment right to remain silent in the wake of the brewing persecution initiated against any police officer tied to the shooting, Ferguson’s office cooked up a clever yet utterly dubious claim to coax former Detective Dave March into talking to investigators. Ferguson’s staff claimed they were initiating an “administrative” investigation of the detective and two other police, Officer Thomas Gaffney and former Officer Joseph Walsh. Ferguson’s investigators dragged March into several interviews. March’s union attorney, James McKay, wasn’t buying the “administrative” investigation line, as revealed in transcripts:

Mr. McKay: "Your allegations, sir, include language such as, “witness tampering, obstruction of justice, and providing false statements.” This language is consistent with violations of Illinois criminal law. As such, I’m advising my client not to answer this—strike that—not to answer your questions unless ordered to do so by a superior officer. Further, Mr. Neumer, I’m asking that you, as the Assistant Inspector General conducting this statement, advise Detective March of his Constitutional rights pursuant to Miranda versus Arizona. Will you do that?"

March was ordered to testify. Ferguson’s “administrative investigation” did indeed pave the way to criminal charges against March and the two other officers from a special prosecutor, the entire affair leaving Chicago’s media, the public relations arm of the anti-police movement, all but swooning with delight.

But McKay and the attorneys representing the other two officers were having none of it. They marched into court and ripped the case to shreds despite ludicrous media pressure to convict all three men.

The entire affair was a chilling signal to every police officer that they were a potential target by Ferguson’s office. And so it went under the circus of the Inspector General’s office, with Ferguson the master of ceremonies.

In time, Ferguson seemed to put little effort into even disguising his activism. A sign of this took shape in 2019 when Ferguson’s name appeared on a handbill stating he would take part in a panel discussion hosted by a publication called Injustice Watch, supposedly to discuss — drum roll, please — police accountability and transparency.

A central voice in the anti-police movement, Injustice Watch regularly publishes articles attempting to bolster accusations of police coercing confessions from suspects. A dominant problem with Ferguson’s presence on the panel was the fact that city attorneys were in the federal courts lambasting many claims of police misconduct Injustice Watch championed at the very time the media outlet was holding their penetrating analysis without even one voice from law enforcement there to give a contrary point of view.

So one branch of the city government — its attorneys — are fighting police misconduct allegations in court, while another branch (well, in Ferguson’s case, twig) is spouting off at a media outlet championing those accusations.

How’s that for accountability and transparency?

Talk about a breakdown in city institutions.

A verdict has been rendered over Mr. Ferguson’s tenure as Inspector General: Chicagoans can ill afford another Joe Ferguson.