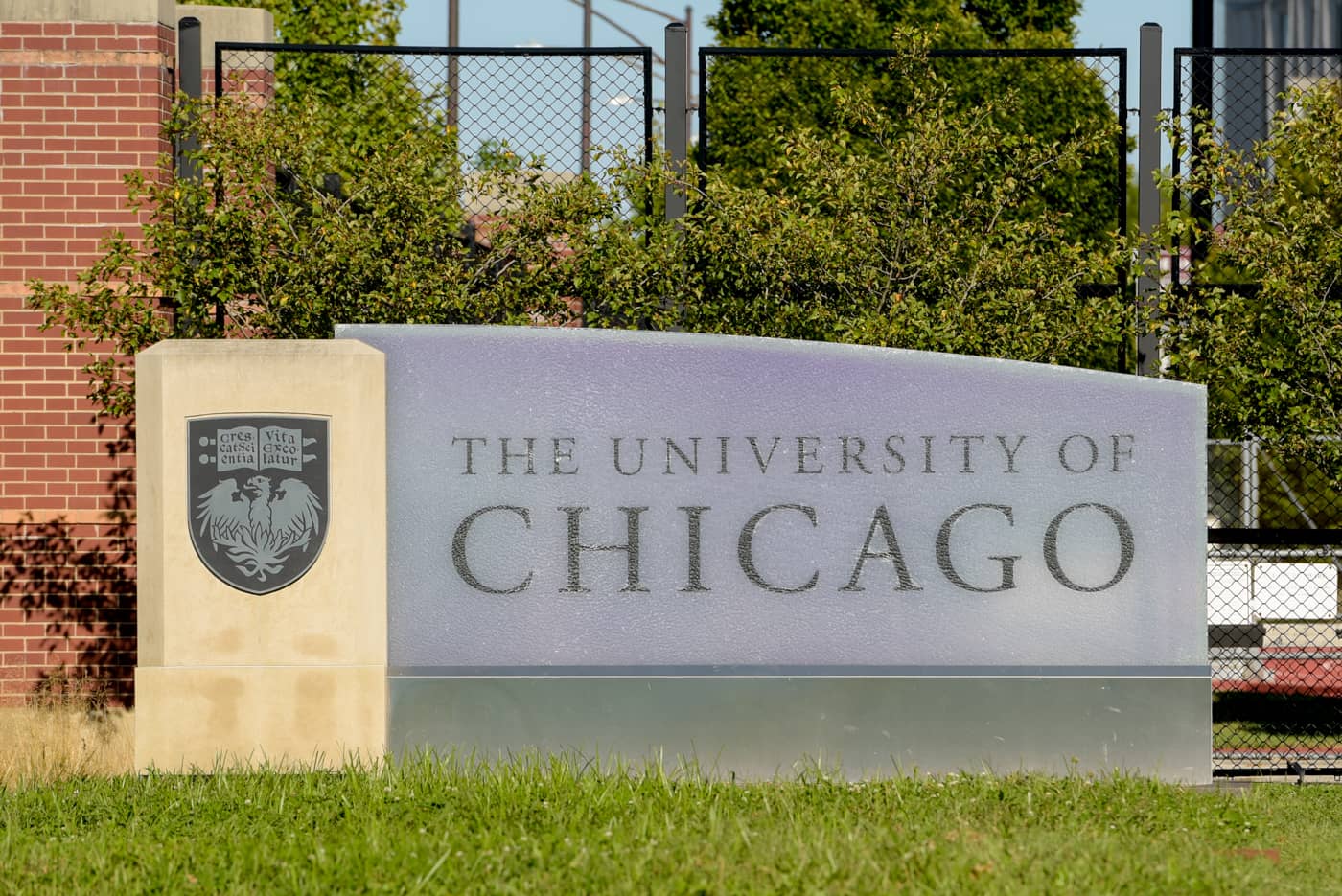 The Management Conference at the University of Chicago Booth School of Business is an event this author has rarely missed over the past couple of decades. Held each spring, its format is a keynote luncheon speaker followed by a choice of breakout sessions led by Booth professors. It is a great way to stay in touch with the school, network, and get back to the classroom for an afternoon.

This year, I was shocked and dismayed to see the keynote speaker will be Mayor Lori Lightfoot, who is slated to address "The Future of Business in Chicago." I initially thought this announcement was posted by the satirical Babylon Bee or The Onion. However, having determined the announcement was authentic, my second reaction was that having Ms. Lightfoot speak about the future of business in Chicago is the equivalent of having disgraced former Theranos CEO Elizabeth Holmes to speak about venture capital investing. Unlike Mayor Lightfoot, at least Holmes had the experience of actually running a business.

The future of business in Chicago under Lori Lightfoot is bleak, and everyone knows it.

The three most important functions of local government are public safety, education, and creating an environment in which business can flourish. Lightfoot's record as she approaches a reelection campaign is worth briefly examining.

It’s grueling to conduct business in Chicago when the streets are running with blood. 2021 saw 1800 carjackings in Chicago, 851 homicides, and 4,542 shooting incidents. Among the victims of violent crime were several University of Chicago students or recent graduates, including a young man returning home from his summer internship on public transportation last summer, and a recent graduate who was shot in the middle of the day in Hyde Park. Only recently, in late February, a bartender at a local Hyde Park watering hole, The Cove, was stabbed to death in nearby Kenwood.

In the one-month period following the December 2021 theft of $1 million worth of watches stolen from his Gold Coast Exotic Motors, business owner Joe Perillo publicly scolded Lightfoot in several media appearances. Responding to Perillo’s searing criticism, Lightfoot blistered him, called him an idiot, stormed out of their meeting, and promptly sent regulators to his place of business to write various citations.

Since the beginning of 2022, major crime reports are up over 34 percent over the previous year, and 2021 was awful. Lightfoot’s response to crime on the Magnificent Mile was to criticize store owners for having inadequate security. Aside from throwing $400 million at crime prevention non-profit groups, Lightfoot has no plan to change course. To add insult, there have been several documented cases of employees of these non-profits — some of whom are “violence interrupters” — being arrested on gun charges.

Law enforcement is faring little better under Lightfoot. The Chicago Police Department (CPD) is losing 85 officers per month now, out of an already woefully understaffed department. In addition to the monthly losses in personnel, another 2,800 are eligible to be terminated because of Mayor Lightfoot’s vaccine mandate. Moreover, only days ago, Lightfoot stated she is fully confident in Police Superintendent David Brown to lead CPD. A good Booth graduate would ask by what measure is confidence in Brown warranted.

On the education front, enrollment in Chicago Public Schools (CPS) dropped by three percent, yet Lightfoot increased its budget by over 28 percent for the 2021-22 school year. Since 2010, enrollment has plummeted from 400,000 students to 330,000, yet CPS is prevented from consolidating shrinking schools and the state has capped the number of charter schools. While "the science" showed masking had negligible benefit, the Chicago Teachers Union (CTU) successfully pressured the mayor for remote learning — often under the threat of a strike — the result of which was a year of lost learning as students rarely engaged in online instruction. With only 26 percent of 11th graders reading at grade level, it’s hard to keep a straight face and claim CPS is anything other than a catastrophe for Chicago’s students.

Aside from rising crime and Chicago’s poorly performing schools, let’s talk about business in general. In a stunning move, the Chicago Bears have decided that their future is not in Chicago as they abandoned a rancorous negotiation with Lightfoot and bought the old Arlington Race Track property. Downtown, the Magnificent Mile is continuing to suffer the loss of businesses and has failed even to attract a Target store.

In another sign of decay, the Conrad Hilton is being foreclosed; the decline of the Hilton joins the demise of the historical Palmer House. Tax receipts from the hotel industry are down some $29 million. Adding to the misery, Ken Griffin, CEO of Citadel Investments, has openly talked about relocating his company and referred to Chicago as "Afghanistan, on a good day," during an October 2021 address to the Economic Club of Chicago.

In the three areas within Lightfoot’s control that have a bearing on the future of business in Chicago — public safety, education, and fostering a business-friendly environment — you would be hard pressed to find any business leaders in Chicago who would give Lightfoot a grade higher than a D minus.

How about Ms. Lightfoot’s own actual management skills? After all, this is a management conference.

Well, aside from her injudicious interchange with Joe Perillo, she was recently sued by a Chicago Park District lawyer for defamation. In the suit, the plaintiff claims that Lightfoot said: "My d**k is bigger than yours and the Italians.  I have the biggest d**k in Chicago." Multiple sources claim this is not inconsistent with how she speaks to Chicago Police Department officials generally and is consistent with the leaked e-mail to staff where she repeated: "I need office time everyday!" and "Have I made myself clear, finally?" multiple times. Recalling contentious moments with Mayor Lightfoot, Ald. Susan Sadlowski Garza (10) recently stated: "I have never met anybody who has managed to p**s off every single person they come in contact with, police, fire, teachers, aldermen, business, manufacturing."

To say Lightfoot is abrasive is a massive understatement.

Evaluating Ms. Lightfoot's management style would not be complete without commenting on her overt racism. Chicago is, and has been, a wonderful polyglot of peoples. Its population is roughly evenly divided among Hispanics, blacks and whites, with a healthy dose of Middle Easterners, Asians and sub-Asians, among others. Chicago has a vibrant Greek community and more Poles of any city outside Warsaw. Chicago is populated by peoples from every country on earth.

While it is true that the black community in Chicago has its own particular needs from city government, Lightfoot persists in practicing overt identitarianism. Mayor Lightfoot’s statement she would only entertain interviews from "of color" journalists was abhorrent. Whatever its merits, in her introduction of the controversial Universal Basic Income, Lightfoot said she wanted to "change the lives of black and brown people."

To Lightfoot, Caucasians and Asians are undeserving of her attention. Indians and Pakistanis are "brown people" who own and operate countless businesses in Chicago, but they barely merit a mention from the mayor. Lightfoot also appears to harbor special disdain for our Italian friends.

No manager can last long by only promoting a single constituency or division, much less along racial lines. A mayor has responsibility for all its citizens. Moreover, the City of Chicago should lead the nation in demonstrating how all these disparate ethnic peoples can coexist. However, no unity among citizens of differing ethnic backgrounds can be achieved if you limit your attention to “black and brown” people. Lightfoot’s version of "inclusiveness" excludes at least a third of the city’s population. And, ironically, African-Americans have decided that their futures are not in Chicago: The city’s middle-class black residents are leaving the city in droves.

The Booth School of Business curriculum requires participation in its LEAD program (Leadership Development and Exploration). Lori Lightfoot would clearly be the bad example in class. Leading by example is still relevant and while Lightfoot imposed draconian lockdowns during the COVID-19 pandemic, she brushed off critics who called her out for slipping out and violating her own rules to get her hair trimmed, claiming: "I am the face of Chicago."

While the Booth School of Business must exist in a city ecosystem of which Lightfoot is a part, gracing the mayor with a platform at its Management Conference is obscene and grotesque, particularly in the run-up to her re-election campaign. Mayor Lightfoot has taken a sledgehammer to the business community in Chicago. The mayor’s own management style contributes to the dysfunction of the city and her results speak for itself.