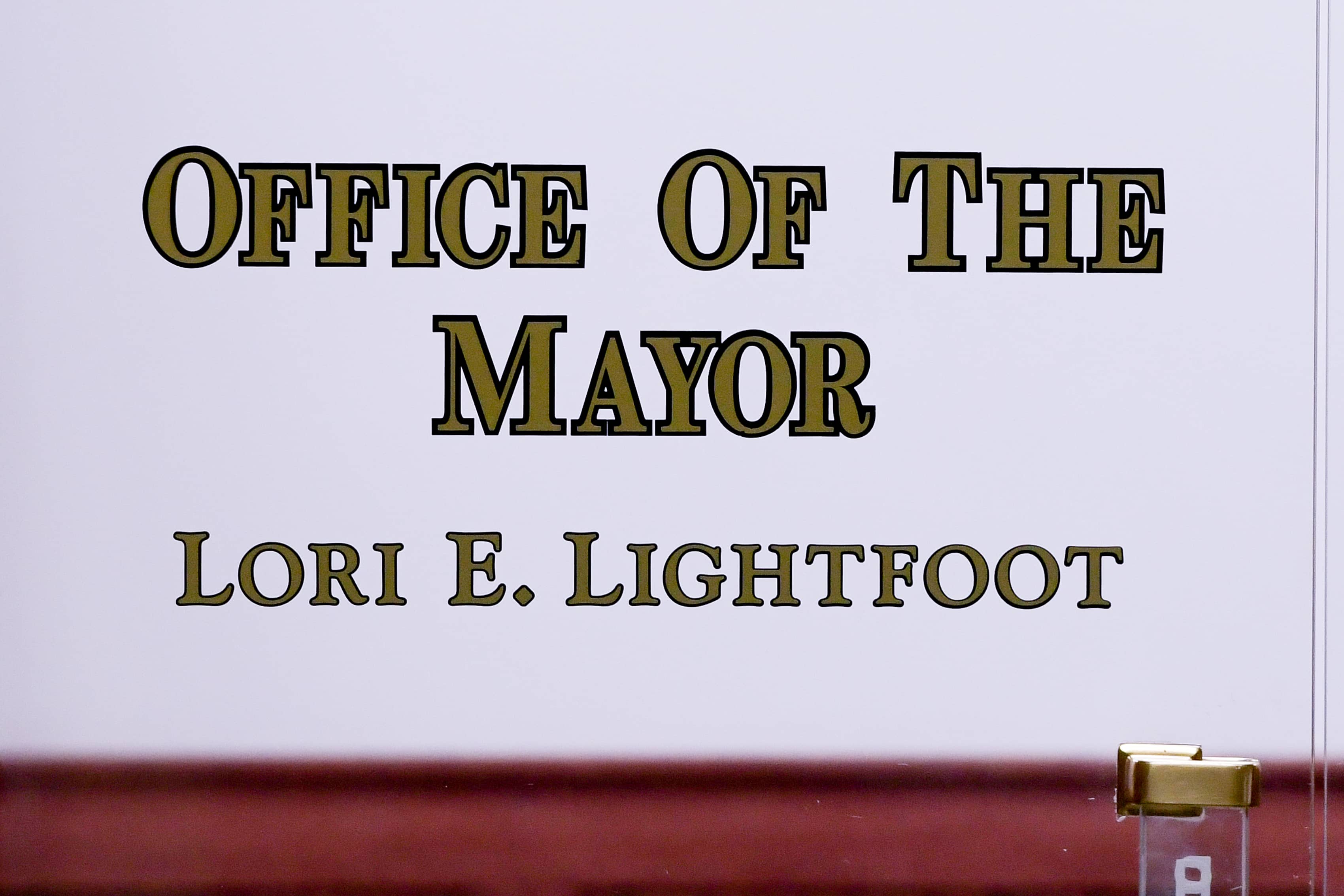 Lightfoot’s “call to arms” on social media goes without rebuke

Mayor Lori Lightfoot’s posts on social media and public statements often range from the inane to exasperating to the mere childish, but the mayor’s latest comments crossed the line from the merely abhorrent to the vile and dangerously insurrectionist.

The mayor reacted to the leak of the draft Justice Alito’s opinion with more raw emotion than her reaction to any of the merciless killings of innocent citizens gunned down in the city during her aegis:

“To my friends in the LGBTQ+ community—the Supreme Court is coming for us next. This moment has to be a call to arms.” (emphasis mine)

Lightfoot followed up by buttressing her culture warrior bona fides with a pithy war cry, tweeting:

“We will not surrender our rights without a fight—a fight to victory!”

As an initial matter, assuming that the leaked draft opinion holds and does in fact overturn the contentious 1972 Supreme Court ruling on abortion, the decision will have no effect on Chicago citizens (over which Lightfoot has jurisdiction). Chicago will actually become a mecca for women seeking abortions, as Illinois has some of the most permissive abortion laws in the world. With both the Chicago City Council and the Illinois General Assembly held in the iron grip of Democrats, that is unlikely to change in the near future.

Commenting passionately about issues outside her control is standard tactic for Lightfoot. During the entirety of her term as mayor, Lightfoot has often resorted to vitriolic and colorful language in public or on social media, often leveling bitter, hyper-partisan opprobrium at former President Donald Trump, for instance.

Likewise, upon the rendering of the jury verdict in the Kyle Rittenhouse trial, Lightfoot immediately waded into the fray and fired off gratuitous tweets expressing her dissatisfaction with that decision (again, outside her jurisdiction). Seeing an opportunity to divert attention from the conflagration in her own city, the mayor only demonstrated a gross disrespect for the results of a properly functioning legal system — the sober and deliberative determination of a jury after a full and fair trial. Without being burdened by sitting through all of the testimony, or seeing any of the evidence, Lightfoot was compelled to render her judgment on Rittenhouse.

Lightfoot’s hyperbolic rant that the “Supreme Court is coming for us” is simply untrue. The Supreme Court does not come for anyone. The singular purpose of the High Court is to interpret the Constitution and be the final arbiter of justice. The Supreme Court has no agenda, and ought not have one. The Obergefell decision on marriage equality is not in front of the High Court. The ultimate disposition of the abortion case in question — Dobbs v. Jackson Women’s Health Org.— is limited to the facts of that case, and no decision has yet been rendered. Ms. Lightfoot’s characterization of the Court’s intention is unnecessarily inflammatory.

Furthermore, although her license is in “inactive” status with the Illinois Attorney Registration and Disciplinary Commission (ARDC), Lori Lightfoot is a licensed attorney. Ms. Lightfoot attended The University of Chicago Law School and began her career in law practicing at the prestigious firm of Mayer Brown. Lightfoot purportedly has the prerequisite knowledge and background to understand the role and limitations of the Supreme Court.

As troubling as Lightfoot’s previous attempts on social media to erode the authority of the judicial system have been, her incendiary “call to arms” and vow to “fight to victory” tweets are a direct attack on the rule of law over which the Supreme Court has ultimate authority.

Mayor Lightfoot’s words and tone are as explicitly inciting, especially when taken in the context of the protests gathered outside the justices’ homes — protests sufficiently threatening that Justice Samuel Alito had reportedly temporarily relocated from his home. A call to arms, coming from the mayor of a major city cannot be taken lightly, or sloughed off as metaphoric language.

While Mayor Lightfoot used pugnacious words of confrontation with the Supreme Court, the streets of Chicago are mired in anarchy. As of this writing, there have been three mass shootings in the past week, and a mob action reminiscent of the scene in The Joker converged in Old Town and in Millennium Park over the past two weeks. Lightfoot has no workable response to this nihilism, and these outbreaks offer a preview of what the summer has in store for the Windy City. Before raging at the Supreme Court, Lightfoot should focus on managing the chaos in her own city.

Lightfoot would almost certainly squeal at the suggestion, but she is the bastard child of the old Confederacy. Ms. Lightfoot is, in her own jurisdictional pocket, engaging in Nullification — the act of invaliding the legal force of federal law by the power of the state — that preceded the Civil War. Lightfoot has rejected any federal authority she dislikes, although she greedily laps up and diverts federal dollars. Lightfoot first refused to enforce federal immigration law by declaring Chicago a “sanctuary city,” and forbade local law enforcement to cooperate with federal agents in enforcing federal immigration law. Now, the mayor is turning her venom on the jurisdiction of the Supreme Court.

In 2020, then-President Trump dispatched a letter to Lightfoot, offering to assist the mayor to develop a plan to solve Chicago’s intractable violence. Trump’s letter appealed to Lightfoot and Governor J.B. Pritzker to set aside partisan politics to address the wave of crime overtaking the city. Responding on Twitter, Lightfoot lashed out, denouncing Trump’s letter and referred to it as a cheap stunt and despicable. In a letter responding to the-then president, Lightfoot accused Trump of using “misplaced and incendiary rhetoric,” that was “divisive and unhelpful.”

It's grimly ironic that Lightfoot is now openly calling for rebellion against the highest court in the land.

Mayor Lightfoot, while furiously tweeting about abortion, demonstrates callous disregard for the violence she promotes and facilitates against black children, both in the womb and on the streets of her city. Go figure. For the mayor to engage in such activity on social media, Lightfoot is exposing herself as an activist, rather than the leader of a great American city.

Despite the public expectation that elected office should impose restraints on an official, Lightfoot has uttered many words that deserve a consequence, but has yet to suffer any. Of course, the most appropriate repercussion would be for the electorate to remove Lightfoot from office, although her gross mismanagement and divisiveness would warrant an earlier removal.

Short of removal from office, there are four actions that should be considered that would have real or at least symbolic consequences for Lightfoot and would be an appropriate response:

Censure by the Chicago City Council

Given the egregious nature of the mayor’s tweet, a principled first step to administer discipline upon Ms. Lightfoot would come in the form of a stern censure by aldermen on the City Council. A most fitting alderman to lead such an undertaking would be Mayor Lightfoot’s primary adversary in the city’s legislative chamber, Alderman Ray Lopez (15).

Considering the violence that is wracking the city over which Ms. Lightfoot presides, using language of “taking up arms” would be inappropriate in any context, much less with reference to the Supreme Court. This applies specifically to the case where protesters are menacing the homes of justices. While largely symbolic, the weight of a measure of censure by the City Council would be a fitting tag for Lightfoot to wear during election season.

Disbarment by the ARDC

A second suitable action worth consideration against Ms. Lightfoot for her tweets would be sanctions by the Attorney Registration and Disciplinary Commission (ARDC). As a licensed attorney, Ms. Lightfoot is an officer of the court and owes the court and its jurists due respect.

Although Lightfoot’s license to practice law is currently listed as “inactive,” she enjoys the privilege to activate her license at any time. Yet, the mayor’s publicly stated implied threats directed at the Supreme Court are very serious and may warrant stripping her of her license either temporarily or permanently. At the very least, a public hearing requiring the mayor to defend herself is one option that should be considered. Should an official complaint be lodged with the ARDC against Mayor Lightfoot for violating the rules governing the legal profession, the range of penalties deliberated should include a prohibition on practicing in Illinois.

Visit from the FBI

If the United States had a functioning and relatively non-partisan Department of Justice, a doorbell ring by FBI agents and Lightfoot submitting to a series of questions by law enforcement would be justified, given the nature of Mayor Lightfoot’s tweet and the fact that protesters have been harassing justices at their homes.

One day following the GEICO 500 NASCAR race in June 2020, the FBI dispatched a team of agents to investigate the garage pull “noose” in Bubba Wallace’s team garage. The FBI later determined the noose-shaped rope had existed for months and concluded no hate crime had occurred.

Only recently, we learned that Attorney General Merrick Garland has assigned agents to investigate parents who have had the temerity to object to Critical Race Theory and transgender indoctrination in public schools. The Washington Times reported the FBI visited a woman who told a school board: “We’re coming for you”, as in, we are going to vote you out.  If the parent's statement warrants questioning by the FBI, a short visit to ask what Lightfoot meant by “a call to arms” would not be out of line.

As a zealous advocate of free speech, Contrarian is loathe to suggest or recommend de-platforming any user from social media sites. Taking such a dramatic step is a measure that should be exercised only under limited circumstances. As Elon Musk is poised to take control of the social networking giant, he is likely to have a go at revisiting Twitter’s arbitrary and biased rules. This will be a welcome contrast to the means Twitter’s adjudicators previously applied to judging its users.

Nonetheless, numerous Twitter accounts such as @babylonbee, @EWoodhouse7, and @RealJamesWoods for example, faced temporary suspension or were bounced entirely for far less shocking language.  While free and unfettered speech should be the default position, an open threat of violence, insurrection, calling to arms or networking for the purposes of violent action as expressed by Mayor Lightfoot may warrant either a temporary or permanent bar from the platform.