Chicago Prepares to Hand over $1.67 Million for Diapers 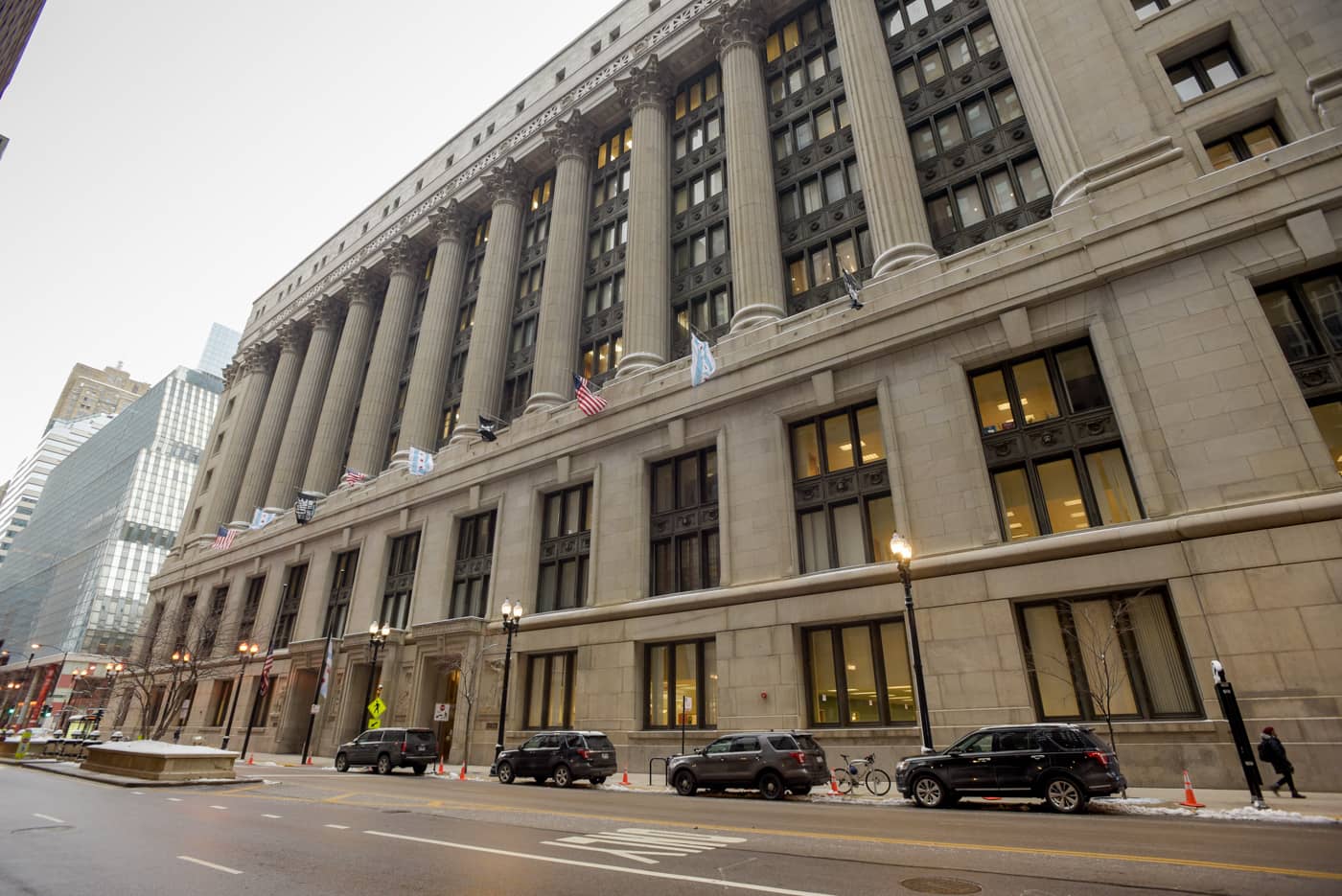 Few, if any, remember the name Nina Glover. A prostitute and drug addict, Glover’s body was discovered in the Back of the Yards neighborhood on Chicago’s South Side on November 7, 1994. A gruesome crime, Glover had been raped, strangled, wrapped in a sheet, and discarded in a dumpster.

Months later, armed with evidence, Chicago Police investigators arrested four men, Michael Saunders, Harold Richardson, Vincent Thames, and Terrill Swift, for Glover’s murder. All four confessed their role in the crime. Statements filled with frightening details, the four accused men submitted to taking turns having vaginal sex with Glover, bludgeoning her with a shovel, strangling her, and finally disposing her corpse in a dumpster.

Because there was a great amount of detail culled from their confessions, Saunders, Richardson, Thames, and Swift were sentenced to decades behind bars. However, despite their admission of guilt, all four were later freed from prison after claiming their confessions were coerced and DNA evidence recovered from Glover’s remains was matched to another man, Johnny Douglas. Though no exculpatory evidence emerged in what would become known as the “Englewood Four” case, the Chicago City Council approved a $31 million settlement for the four men in 2017.

Some years later, in 2013, a Chicago police officer, Michelle Morsi-Murphy, was struck by a car and dragged for a half-block during a traffic stop in Auburn Gresham. The woman behind the wheel of the car which struck Morsi-Murphy, Reverend Catherine Brown, was originally charged with attempted murder of a police officer; Brown was later convicted of the lesser charge of reckless conduct for fleeing police.

Though Morsi-Murphy recovered from her injuries, what followed was a nine-circles-of-hell odyssey in which she was transformed from a victim of an assault into a deranged cop unfit to serve. As Morsi-Murphy endured a prolonged Independent Police Review Authority inquiry, Brown filed a lawsuit against the City of Chicago, and ultimately received $800,000.

More recently, the City of Chicago settled with Anjanette Young after CPD officers errantly entered her home as officers attempted to execute a search warrant in 2019. An incident in which Chicago’s media gleefully returned alleged “police misconduct” to the headlines, though former Corporation Counsel Mark Flessner had recommended $50,000 for simple police error, the City Council capitulated by cutting a check to Young for a staggering $2.9 million.

Just a few of the untold examples of the City Council surrendering to meritless lawsuits, yet another is now winding its way through the city’s legislative chamber. In this instance, alderman are weighing a $1.67 million settlement for a May 31, 2020, incident at Brickyard Mall in the Montclare neighborhood at the height of the "mostly peaceful" protests following the death of George Floyd in Minneapolis.

Though the North and South Loop, River North, and the upscale Magnificent Mile were the epicenter of unrest in late May 2020, looting broke out across the city. Brickyard Mall was one such site of mobs plundering stores with abandon. As 25th District police officers at the scene attempted to stop the sacking of the mall, a car carrying Mia Wright and her four acquaintances, was stopped by police. An incident captured on tape by a friend of Wright traveling in a second car, video indisputably shows officers using batons to break the windshields of the vehicle in which Ms. Wright was seated and dragging the occupants from the car. Wright is clearly among them.

If you find Wright’s logic for traveling to Montclare from North Lawndale for diapers as Chicago exploded in violence a bit peculiar, you are not alone.

A story which should cock a brow with skepticism, unfortunately, several members of the Chicago City Council greeted Ms. Wright’s yarn as uncontestable truth and are poised to award her squillions. Comparable to Anjanette Young’s massive, undue settlement for $2.9 million for a broken door, Wright does not deserve $650,000, yet aldermen are preparing, as they have prior, to turn over $1.67 million to her and her four friends.

Let’s specify upfront officers present at Brickyard Mall on the May afternoon in 2020 when Wright and her friends drove to Montclare from North Lawndale could have used poor judgment or undue force. At the time, officers were enduring 12-hour days and exhausted from confronting non-stop violence. Bearing these circumstances in mind, it is entirely understandable and perhaps justified for officers to assume anyone at Brickyard Mall on May 31 was engaging in looting or committing property crimes.

According to officers at the scene, the mall had been “picked clean” by looters. While police later concluded neither Wright nor her friends had in their possession any tools commonly used by looters to gain entry into businesses — hatchets, crowbars or hammers — this fact does not exclude Wright or her friends from having a villainous intent. It is also fair to presume amid the chaos at Brickyard few, if any rioters and looters, were obeying lawful commands from police, particularly to exit a car.

This presumption includes Ms. Wright and her friends.

Though all of these factors form a reasonable basis for suspicion to fall on Wright and her companions, predictably, a considerable number of aldermen in the City Council were blind to them. Nevertheless, instead of holding a healthy, nuanced, and spirited exchange, aldermen discussing whether to approve a settlement for Wright’s lawsuit became encumbered in another unproductive and largely pointless debate over race. As consideration over the settlement came to a vote, seven of the aldermen seated on the Committee on Finance declined to support the settlement for Wright.

"What I see is the opening of the door — the opening of Pandora’s box — to start giving everyone else an excuse to start suing us now because of what happened that day when they were willfully trying to destroy the city," Alderman Ray Lopez (15) said.‍

For one alderman in opposition, Nicholas Sposato (38), Wright’s claim she was at Brickyard to shop for diapers and for a party was a fanciful and unbelievable tale. Citing Wright’s North Lawndale address, Sposato cast doubt on Wright’s rationale for travelling such a distance for diapers and provoked white-hot anger from his aldermanic colleagues on the far Left.

Hauling out the big guns of racism, three aldermen, Jason Ervin (28); Emma Mitts (37); and Leslie Hairston (5), assailed Sposato as if he had sounded off like noisome racial troublemaker for simply casting doubt on Wright’s story. Though Ervin, Mitts, and Hairston failed to produce any evidence to demonstrate Sposato’s alleged racial insensitivity, the triumvirate of race hucksters asserted as much for several reasons.

Over and above Ervin, Mitts, and Hairston needlessly injected poisonous race demagoguery into a City Council debate, what is deeply disturbing is the fact aldermen who support another excessive payout for alleged "police misconduct" are ignoring what is plausibly another shakedown lawsuit. While Ms. Wright was undeniably dragged from her car, briefly by the hair, we should assume the cornerstone of her lawsuit was blindness caused to her right eye as a result of her encounter with police while on the way to purchase diapers.

In several public appearances since her dash to buy diapers at Brickyard at a moment in which the mall was engulfed by looting, Ms. Wright has taken to wearing an eye patch. Wright has consistently claimed the blindness she experiences is a consequence of police malfeasance, likely a shard of glass from an officer striking a windshield. However, coverage of Wright’s story in the Sun-Times has contradicted Wright’s account of her loss of sight, as physicians who have examined Wright are mystified at her condition, with emotional blindness as one conceivable explanation for her "loss of vision." Put differently, to accept Wright’s blindness as a result of police wrongdoing is to suspend belief in science.

Mia Wright’s lawsuit is not a high-minded crusade. On the contrary, it's fishy and the City Council needs to dig in and resist.

Suing the City of Chicago is a flourishing industry. Last year alone, Chicago paid over $80 million to settle lawsuits, $67 million of which were related to the Chicago Police Department. Over the past decade, settlements paid out over claims of police misconduct have surpassed $1 billion. While some of those lawsuits may have had sound legal grounds, the good faith of some complainants in many other suits is open to doubt.

Though lawsuits against Chicago are made possible through the treachery of litigants and shady lawyers swooping down for a payday, they are also enabled by pusillanimous lawmakers who lack the wisdom and political courage to confront unpleasant facts. Chicago’s refusal to stem the tide of groundless lawsuits is placing the city on fragile financial ground, and both inspires and encourages further shakedown suits.

The losers here, and there are many, are taxpayers and victims of crimes. It's high time the City Council ignore the Mia Wrights of this world and remember the name Nina Glover.