Chicago Public School Goes From Low to No Standards 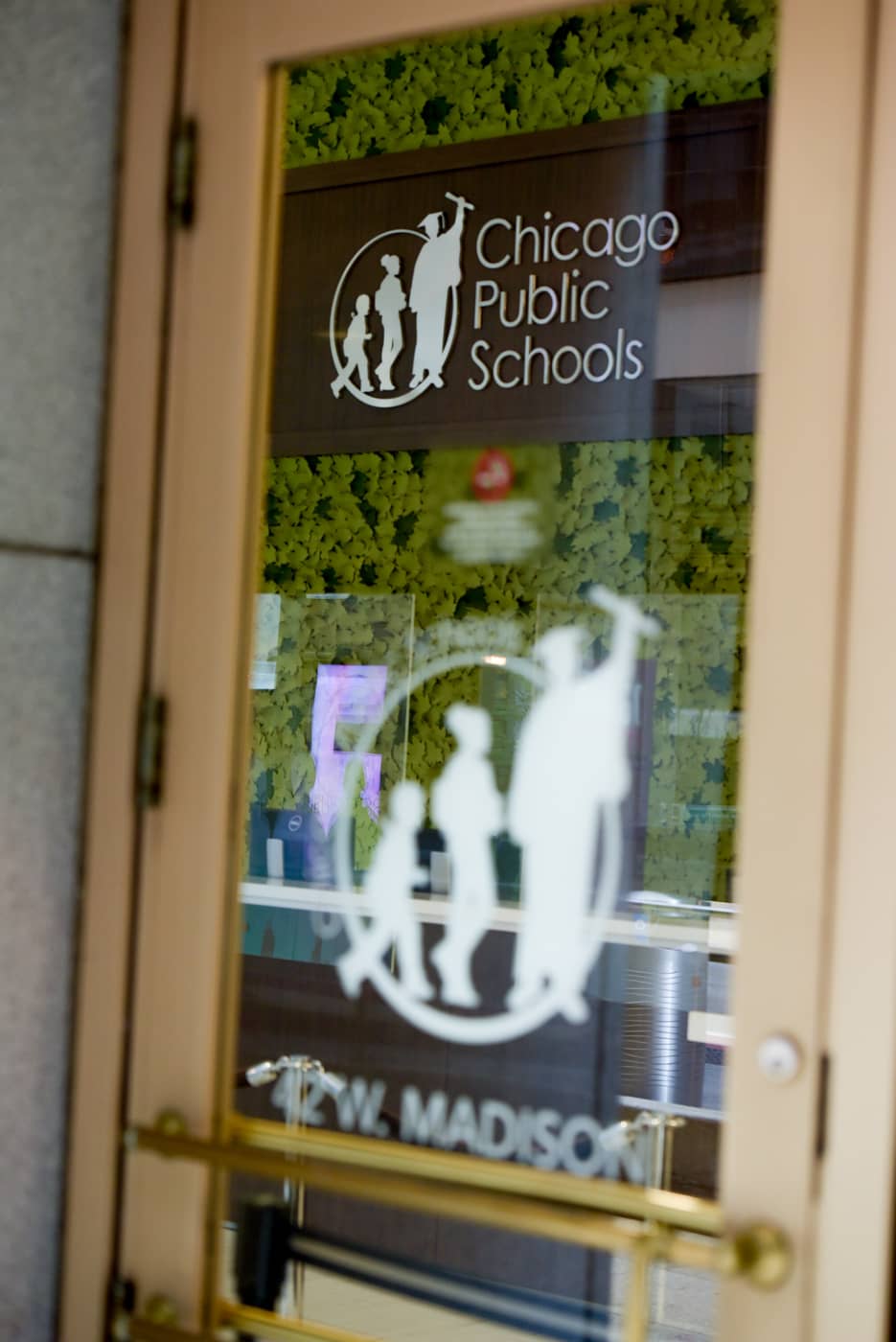 Making it impossible to fail in Chicago Public Schools

When most people over the age of 40 were enrolled in school, they may recall that completing homework assignments significantly increased the chances making a passing grade. Those over the age of 40 may also remember students who were remiss but eventually handed in homework were penalized, but earned some credit, and how those who chose not to turn in assignments failed.

These were the days in which students enrolled in the Chicago Public Schools (CPS) received a sound education and pupils left school with the necessary skills to thrive in the workplace. Those were also times in which students met a challenge — standards set by schools — and the crucial executive function skill of accountability students needed to develop to become successful were rigidly enforced by administrators and educators alike.

In Chicago, those days are long gone and the latest example of the lack of academic standards in Chicago’s hopelessly failing public schools is unfolding now at Steinmetz College Prep. Steinmetz has adopted a “zero grade” policy.

Located in Chicago’s Northwest Side Belmont Cragin neighborhood, the principal at Steinmetz is Mr. Jaime Jaramillo. A man with close to two decades in education, Jaramillo has served as principal at Steinmetz for three-and-a-half years. Over this time period, Steinmetz has seen little improvement in overall achievement scores so it is surprising Jaramillo would support a policy which lowers expectations for students.

Trotted out in front of the Steinmetz Local School Council in September, Jaramillo glibly explained the change was inspired by COVID realities, the necessity to accommodate students’ “challenges and circumstances,” and the desire to achieve “equity.”

Prior to “equity grading,” student grades existed on a 100-point scale, with A, B, C, and D 10-points apart. Grades beneath 59 were deemed failing, and those students who failed to turn in assignments altogether would receive a zero until the assignment was completed for partial credit.

According to Jaramillo, “equity grading” is a concept of ensuring students have every opportunity to master content for the period of instruction, making failure a choice rather than an indicator at one specific point of time. Apart from the elimination of a zero in grades, “equity grading” can encompass assigning points for a student’s classroom engagement, revisions to homework or weighing tests or homework less. This new grading system, Jaramillo insists, “levels the playing field by making all grading bands the same.”

Mr. Jaramillo can dress “equity grading” any way it pleases him, but the new “no-zero” grading method is more relevant to covering up poor student achievement than assisting pupils.

A school in which over 1,100 students are enrolled, Steinmetz graduates a mere 66 percent of its seniors, according to Illinois Report Card. In addition to its unsatisfactory graduation rate, 57 percent of students are chronically absent, an astounding 70 percent are habitually truant and only 59 percent of its freshmen are considered “on track.”

As one can presume, Steinmetz is consistently ranked among Chicago’s lowest-performing schools and it is the sampling of students not “on track” which Jaramillo is attempting to inflate. Though the definition of “on track” can differ widely, a generally accepted interpretation of “on track” is a combination of attendance and grades in core classes. To be considered “on track,” pupils must meet a minimum attendance rate and maintain a minimum grade point average in the core classes of Reading, Mathematics, Science, and Social Studies.

The purpose of the “on track” metric is to ensure a student has achieved a mastery of subject matter and the skills to move onto the next grade level. That the school’s “on track” measure rests at a bleak 59 percent is a source of embarrassment for the administrative leadership of Steinmetz.

While “zero-grading” is a relatively new concept in public schools, some evidence from across the nation shows the grading plan has had several unanticipated consequences. Among them were students who made use of the grading method by doing little or no work. Other students, who had not mastered class content, managed to pass the course, but remained wholly unprepared for greater challenges at the next grade level.

Educators also conceded prolonged behavior among students who had seldom turned in assignments and low-test scores that persisted within the same student sampling. Furthermore, some educators have explained “zero-grading” removed effective tools educators had historically employed in the classroom to enforce student diligence and teach the significance of deadlines and responsibility in the workplace.

Equally disingenuous is Jaramillo’s assertion “no-zero” grading is being applied to aid students whose circumstances in the home are barriers to succeeding in school. While the lives of some students enrolled at Steinmetz are askew, the Belmont Cragin neighborhood is not known for widespread social disorder. Conversely, an overwhelmingly Hispanic neighborhood, Belmont Cragin is generally recognized for its cheerful and hardworking residents. While gangs do exist at Steinmetz and, by Jaramillo’s admission, the school has some violence and drug-use problems, to portray the neighborhood as a center of depravity with a low quality of life is false.

Despite Jaramillo’s pious claims “zero-grading” will reduce the punitive effect of an F grade and avail students of an unfair burden, the true aim of “equity grading” is to mask failure at Steinmetz. By adopting “equity grading,” Jaramillo confesses students who performed poorly by virtue of doing little or no work were boosted academically and elevated into the passing range. Other students who languished with D's now make C's, and some who, before the “equity” lift, found themselves in the C range were bumped up to a B. Jaramillo’s “equity grading” is a finely engineered ploy to improve Steinmetz’s “on track” rate to take the pressure off administrators and educators over poor student achievement.

The CPS is not living up to its promise

“Equity grading” is not maintaining a high academic standard in Chicago’s public schools. In contrast, it is moving the goalposts to conceal a school’s shortcomings.

It is no longer a secret the CPS fails its students. In many Chicago public schools, effort is meaningless: Grade inflation is prevalent, students are receiving numerous opportunities to take the same exam until they pass, and pupils with double-digit absences or multiple disciplinary suspensions are consistently promoted to the next grade level.

For students to flourish academically, three pillars must exist in a school setting. First, a structured environment must exist in a classroom and with the expectation students must put forth effort to fulfill minimum requirements of curriculum in order to benefit from the growth a classroom offers and advance to the next grade.

One effective way to deliver such a message is assigning a zero for poor effort. Low grades signal to a student effort is necessary to advance and achieve. It should not be policy to either pass failing students or promote students to the next grade level if the most basic academic conditions go unmet.

Last, school administrators are expected to be executives, decision makers, and problem solvers. Administrators are also assumed to be innovative, yet the introduction of “equity grading” is hardly that. Mr. Jaramillo is failing terribly to maintain even a minimum standard for students enrolled at Steinmetz.

Equity grading is not a relaxation of standards, but the elimination of them. What Chicago public school students need is classrooms with structure and firm standards. Though this was a norm in CPS for decades, it has been replaced with educators and administrators expressing more concern over whether homework is causing stress among students than student progress and resorting to pathetic excuses student achievement is hampered by poor funding or the need for smaller class size.

As long as CPS administrators like Mr. Jaramillo are more motivated by a desire to throw a veil over poor student performance than setting policies which inculcate good discipline habits among pupils in the classroom, CPS will continue to churn out functionally illiterate students with some pretty grim future prospects.