Chicago Should Pay Special Attention to the CTU Election 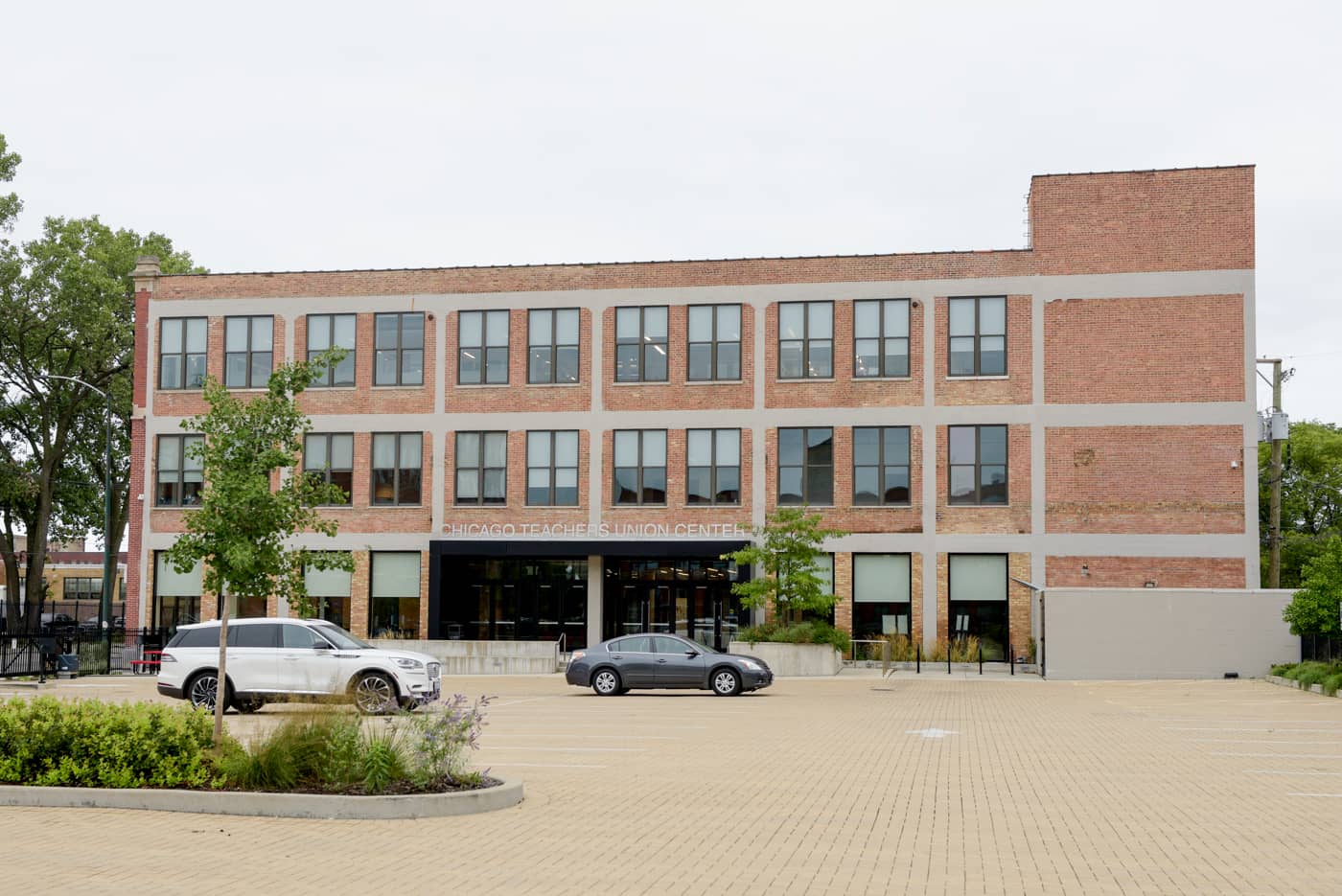 Returning CORE to power will deepen the union's descent into radicalism

Lightfoot’s political fortunes notwithstanding, while Chicago is obsessing with next February’s mayoral election, another vote is afoot, and it is one which should demand Chicago’s full attention. On Friday, May 20, the Chicago Teachers Union (CTU) will hold an election of officers for three-year terms. In addition to electing a president, vice president and both a financial and recording secretary, a raft of union offices including trustees, area vice presidents, and AFT/IFT delegates are up for grabs.

Yet unlike recent elections, the 2022 CTU election is different, primarily because the ruling Caucus of Rank-and-file Educators (CORE) finds itself faced with opposition to its control from two, separate factions. One such challenge is being mounted by Members First; the second by Respect-Educate-Advocate-Lead (REAL). While it has not been conclusively established whether REAL is a legitimate bloc or a disruptive force, Members First has pledged to depart from CORE’s uncompromisingly radical platform.

A second marked difference between the Union-wide election of 2022 and recent ballots is this is the first election in which Jesse Sharkey will not be seeking to return as union president. In an abrupt announcement in early February, Sharkey revealed he would not stand for reelection. A man with pugnacious qualities, Sharkey’s tenure as head of the CTU was marked by three strikes and a creeping radicalization in which inhibitions among CORE leadership and its evangelizers were gradually shed and far-left ideology was allowed free rein.

If Mr. Sharkey’s claimant to the CTU throne, Stacy Davis Gates, is victorious in the Union-wide election, Chicago residents should expect no change in union posture. Quite the contrary, a CTU under Ms. Davis Gates is likely to take a more recalcitrant position in negotiations with Chicago and become more politically radical.

A woman with a tarnished public image, Davis Gates was recently the subject of an over-flattering profile piece penned by Heidi Stevens in pop-political monthly, Chicago magazine. A dreadfully lazy article, instead of crafting a full and unvarnished portrait of Davis Gates, Stevens cosseted the CTU vice president, preferring to describe her as a charismatic savior and issuing a full-throated advocacy for her candidacy for Union president. An article which evoked memories of Carol Felsenthal’s slobbering love fest with Kim Foxx, Stevens’ piece of puffery contouring Davis Gates only demonstrated Chicago is just another engine to promote left-wing ideologues.

Despite Stevens’ fulsome picture of Davis Gates, there is a side to the CTU vice president to which Stevens is oblivious or simply ignored. There is a disturbing chasm between Davis Gates as she and CORE contemporaries represent her. Often depicted by her allies as honest, pious, dutiful and a selfless servant of union members, others, including many CTU members who know her well, find Davis Gates to be ideologically dogmatic, ruthless, devious, vindictive, and self-promoting. Davis Gates is also been described by some of having a track record of abandoning people and ideas to which she has previously professed loyalty. Davis Gates has also been characterized as condescending, entitled, crude, and egotistical. By one account, Davis Gates is a perpetually angry bully.

More than a few CTU members also assert Davis Gates’ prominence has been propelled in part by fictions and half-truths and with no false modesty Davis Gates has accepted, even demanded, praise for union achievements earned by other union officials. Some CTU sources also note Davis Gates is hardly an independent thinker and she is considered by many union members to be taking her cues from Jesse Sharkey sidekick, Jackson Potter.

Since Stevens declined to provide readers with a full set of facts regarding Davis Gates and her candidacy, to complete a true image of Davis Gates, readers should be informed Ms. Davis Gates is, first and foremost, not genuinely pro-union.

Though Davis Gates and her allies opposed to Reserve Management Group’s plan laureled themselves for their “victory” for the environmental justice movement and a win over “corporate greed,” a significant toll was incurred for the denial of permits: An estimated 400 union jobs were lost, some of which paid $80,000 annually. A shabby betrayal of the organized labor movement, though Ms. Davis Gates prefers to bethought of as a champion of the working class, her failure to rally support for General Iron’s relocation demolished job creation and turned off the spigot of essential tax revenue to Chicago.

For many years, the Chicago Teachers Union enjoyed financial security, and at one period the union treasury was flush with over $8 million. Today, however, the CTU purse has shrunk substantially and the union is thought to be as deep as $3 million in debt. According to sources inside the CTU, CORE’s profligate ways led to the depletion in union savings. CTU sources also state and it is no coincidence the union’s current fiscal woes can be traced to CORE’s rise and Davis Gates assuming the position of Political and Legislative Director, and later vice president, with the CTU.

However, CORE’s and Davis Gates’ uncontrolled distribution of union money aroused the curiosity and concern of the rank and file who raised questions over the rampage in contributions, most notably a $1 million donation to then-mayoral candidate, Chuy Garcia, in 2015. Worse, CORE’s and Davis Gates’ spendthrift ways drew the unwanted attention and ire of the Union’s Executive Board. Responding the outcry from members, the Board demanded a thorough and dispassionate audit of CTU finances. Grudgingly, CORE obliged. Though the examination into CTU’s finances was completed, conclusions of the union’s finances have remained in deep secrecy for several years and frequent calls for its release have been dismissed by CORE leaders.

The fact the final audit has remained suppressed gave birth to tittle-tattle which flew around 1901 West Carroll Avenue suggesting the handling of union cash under CORE and Davis Gates was haphazard at best, and totally lacking in financial controls. According to CTU insiders, a storm of rumors alleging hand written notes documenting disbursements above $500 were destroyed circulated widely and stories of a CTU in desperate financial condition flourished.

While it is fair to theorize CORE and Davis Gates may be concerned over allegations of financial abuse, neither have explained precisely why there has been a need for passionate confidentiality over the audit. CORE and Davis Gates’ silence on the audit has done little to dispel rumors surrounding the union’s financial health. According to CTU sources, speculation persists instead of cleansing CORE of any liability for financial imprudence, the audit was dirty enough to require secrecy.

When one thinks of qualities found in a true leader, vision, insight, and the ability to act decisively or courageously come to mind. Honesty, trustworthiness, and competence are also personal traits which enter the mind.

Though Ms. Davis Gates is often portrayed as a world-historic leader, CTU insiders say their vice president is far from an agile and enlightened manager. First hired by the Chicago Public Schools in 2004, Davis Gates was first a classroom instructor at R.H. Lee Elementary before moving to Roberto Clemente Community Academy. After spending five years at Clemente, Davis Gates endured a humbling experience at the end of her fifth year: She was terminated with benefits. While dismissal from employment is part of the ups-and-downs of any career, Davis Gates rebounded and was rehired at Roswell B. Mason Elementary where she stayed for one year before moving to the CTU. In sum, Ms. Davis Gates spent seven years in the classroom.

According to cadre of credulous equivocators within CORE and Chicago media, Davis Gates’ unremarkable seven years as an educator in Chicago public schools is sufficient enough to qualify her to lead the CTU. The irony here, of course, is despite seven years as a classroom instructor and 11 years as either the CTU’s political director or vice president, Davis Gates had not previously held an elected position with the union. According to CTU members, she had never even served as a union delegate prior to her appointment as CTU political director.

To fully understand Davis Gates’ meteoric rise to the top of the CORE ticket, we perhaps need to go back to one of the most significant moments which led to her ascent to the position of CORE presidential frontrunner. Although Davis Gates did legitimately win the vice-president’s office while running on the CORE slate in the 2019 Union-wide election, CTU members tell of a shady entanglement in which CORE leadership attempted to flout rules in Davis Gates’ favor to crown her as CTU vice president one year earlier.

In the aftermath of the resignation of Karen Lewis in 2018, well-placed CTU sources say CORE officials attempted to tamper with caucus' machinery of rules for slating or nominating officers by simply designating Davis Gates as CTU vice president. Though CORE’s scummy maneuverings were discovered, CORE leaders persisted with their deception on behalf of Davis Gates, often with flimsy excuses for the attempt to sidestep formal election rules. Only after a petition was circulated by union field representatives demanding CORE scrupulously observe slating bylaws was Davis Gates elected legitimately.

A bid to rig an election, the incident in which CORE sought to defy sacred election bylaws to undemocratically elevate Davis Gates should spur questions over her personal and professional rectitude. After all, it is fair to presume Ms. Davis Gates was acutely aware of CORE’s scheming to anoint her as vice president.

While it is good news for Chicago Jesse Sharkey will no longer lead the Chicago Teachers Union, with Stacy Davis Gates as president, Chicago can expect plenty more turbulence from the CTU.

Electing Ms. Davis Gates will be handing power over to a committed political operative, not a trade unionist. Though Davis Gates has been painted as a tribune of CTU membership and a person of remarkable talents and great virtues, this is a confection whipped up by the CTU image makers to mask her intent to accumulate and wield political power.

A president of the Chicago Teacher Union is expected to advance the interests of the union and protect its members. As CTU vice president, Davis Gates has played a critical role in reshaping the CTU from an organization dedicated to protecting the interests of workers into a full-blown political party. If elected, there is every reason to believe Davis Gates will use the CTU presidency as her own private playpen to do as she pleases and as a springboard to further her political ambitions, and none of this serves the interests of CTU members or the pupils they teach.