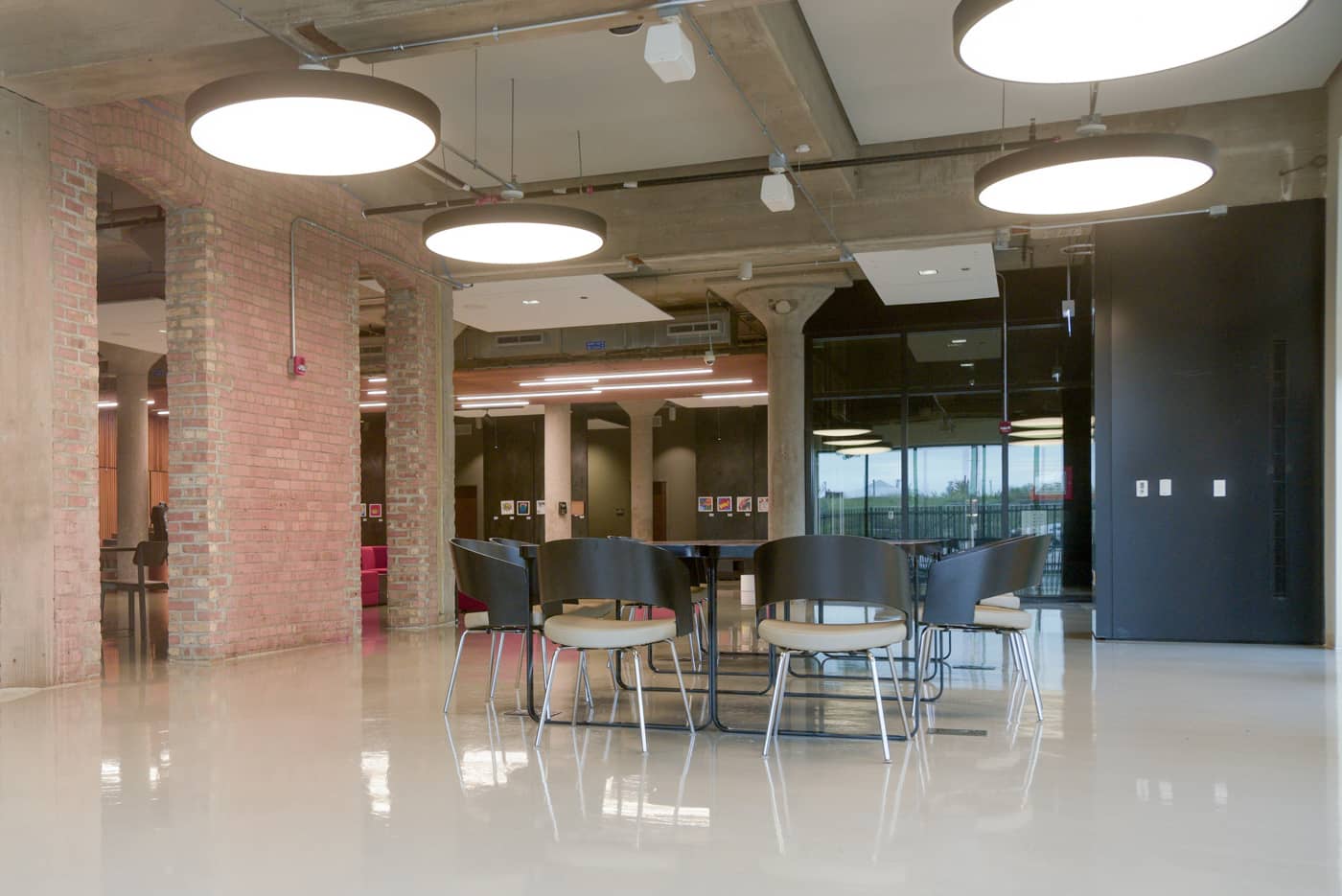 Much is at stake for Sharkey, Davis Gates in May CTU elections

In the weeks prior to Christmas break, the Chicago Teachers Union (CTU) Twitter account was aflame with warnings of COVID-19 positivity rates at schools, daily updates of new cases and the number of schools affected by the pandemic as a new variant, Omicron, it surged across Chicago.

Amid the hourly warnings, the CTU managed to throw in a few tweets showing how worked up the union was about Kyle Rittenhouse announced as a speaker at a TPUSA event, but mainly kept itself busy by sounding the alarm about coronavirus. At the time, it only seemed as if the CTU was up to its usual antics of kicking up unnecessary hysteria. However, as Chicago issued Public Health Order 2021-22, a mandate that requires proof of vaccination to enter certain businesses, suspicion grew the Chicago Teacher’s Union would demand a return to remote learning to begin the second semester.

At the onset of the COVID-19 pandemic in 2020, when there were no effective vaccines, no data on how the virus reacts and mutates, no known effective treatments and no availability of testing options, remote learning seemed like a sensible and necessary alternative to in-person learning. At that time, remote learning provided teachers, parents and children a way to continue their studies safely without the worry of becoming sick with a relatively unknown virus.

Today, however, we are at much different point in the pandemic than in 2020. The race to find a vaccine for COVID-19 has produced some fine results. Because of swift action taken by the federal government, the Food and Drug Administration, for example, sacrificed its rigorous safety approval process so private laboratories and hospitals were able to develop COVID-19 tests that allowed for the speedy trial of existing drugs to treat the disease.

Furthermore, by virtue of the federal government lifting or relaxing the normally onerous and inflexible regulations it typically imposes on medical research, major pharmaceutical firms were also able to produce vaccines far earlier than initially projected.

Just prior to the beginning of the fall 2020 school semester, the Centers for Disease Control (CDC) issued guidelines recommending schools open in districts with low case numbers provided everyone wears face masks. However, if levels were higher, children should be kept six feet away from each other if possible and school sports should be reduced. The CDC also recommended regular hand washing, good ventilation and rapid contact tracing, should cases occur in schools.

All of these remained recommendations, however, and the final decisions about school reopening would be made by state or local education boards, alongside individual schools themselves.

CDC guidance came alongside a series of studies that cast doubt on the role of schools in spreading COVID-19 and Director of the Centers for Disease Control, Dr. Rochelle Walensky, stating vaccinating staff was not a prerequisite to the safe reopening of schools. The guidelines also came as the Chicago Public Schools (CPS) had spent $100 million on its facilities to meet COVID formalities with an emphasis on ventilation.

Unlike 2020, today we have vaccines, boosters and widely available, free RAPID testing. Moreover, numerous treatments are available for those who suffer from COVID, particularly the highly effective monoclonal antibody treatment. Like any illness, the sooner it is treated, the better. We also have data. We’ve seen the way the virus reacts, who it affects and who is most vulnerable to contracting the disease.

We also learned what an unqualified disaster remote learning was and the toll it took on students.

Aside from medical advances, little evidence of transmission in schools, the knowledge COVID-19's fatality rate has been deliberately and greatly exaggerated and improved response protocols to fight COVID, studies have shown that Omicron is a drastically less severe variant of the virus. Yet, the surge of this variant was the basis for the CTU’s latest “work stoppage.”

For all the talk from the Chicago Teachers Union that we must “follow the science,” it is the CTU that is ignoring the science behind Omicron, including three significant studies that have clearly illustrated this particular strain isn’t as severe as it suggests. We should be trusting science, data and facts.

Throughout this pandemic, according to the City of Chicago data portal, seven people between the ages of 0-17 have unfortunately been lost to COVID-19. Another 817 juveniles have been hospitalized due to COVID in Chicago. Although the losses are tragic, it amounts to .1 percent of all COVID-related deaths and two percent of all city-wide hospitalizations.

The Chicago Teachers Union leadership is aware of all of this. Ms. Sharkey and Ms. Davis Gates know the facts, figures and percentages associated with any COVID-19 variant. Yet, despite all the knowledge gained over a year of dealing with COVID, despite getting priority vaccination for teachers and improving accessibility for students, despite $1.8 billion in COVID relief funds, despite increased testing, despite improved ventilation and air circulation, despite better data and ever-changing science, the CTU’s president and vice-president mobilized against in-person instruction over the Christmas break.

As Contrarian’s Alisa Rosenbaum wrote Sunday, part of the rationale behind the CTU’s decision to walkout on students likely rests with CTU Vice President Stacy Davis Gates’ ambition for public office. It’s no secret within the walls of CTU headquarters Ms. Davis Gates has eyes on the mayor’s office or perhaps a seat in either the City Council or the Illinois General Assembly.

As plausible as Ms. Davis Gates’ aspiration for elected office is, for the CTU vice president to realize the goal of public office, both she and her boss, Jesse Sharkey, both must survive CTU elections scheduled for May 2022. Neither are guaranteed to be retained by the rank and file.

To understand at least part of what motivated the CTU walkout, one must understand the CTU now operates less as a labor union and more as a full-blown political party. Like any political party, the CTU scrupulously plans every significant action it takes and bases its public positions and conduct on polling and input culled from small group management meetings. CTU leadership then analyzes feedback and research to formulate a final plan of action.

The CTU also uses information it collects from research, staff meeting feedback and polling to identify dissenting opinion and opponents in their ranks.

While the CTU publicly claimed this walkout was about testing and staff and student safety, it is far more likely the CTU staged the walkout to help union leadership gauge its support in the May elections that will determine whether CORE and its leaders, Mr. Sharkey and Ms. Davis Gates, are returned to power.

At the beginning of the COVID-19 pandemic, little was known about the virus. We had to exercise caution and make decisions for the public good. Closing schools and shifting to remote learning was the best decision at the time. Since the spring of 2020, we have learned a great deal about COVID and gained an abundance of data, public-health expertise and real-world experimentation. The evidence showed schools do not drive community spread, children are statistically safe from the effects of COVID-19 and many early precautions were unnecessary.

This union walkout was a vulgar display of power to help CTU leaders strategize for upcoming elections. For any CTU member who believed that leadership put the needs of members before their own pursuit of power, this walkout should finally disabuse them of this notion. Hundreds of thousands of Chicago students lost a year of learning when they could barely afford to lose a single day. Because of the CTU leadership’s desire to find a pathway to remain in power, students unnecessarily lost five more days of learning. Locking vulnerable kids out of the classroom is denying students their future.

It is indeed sad when the supposedly best-educated professionals are among the crudest, most unhinged and selfish people in Chicago.

Parents of Chicago’s pupils will have to wait until May to see if CTU members recognize this about its current leadership.