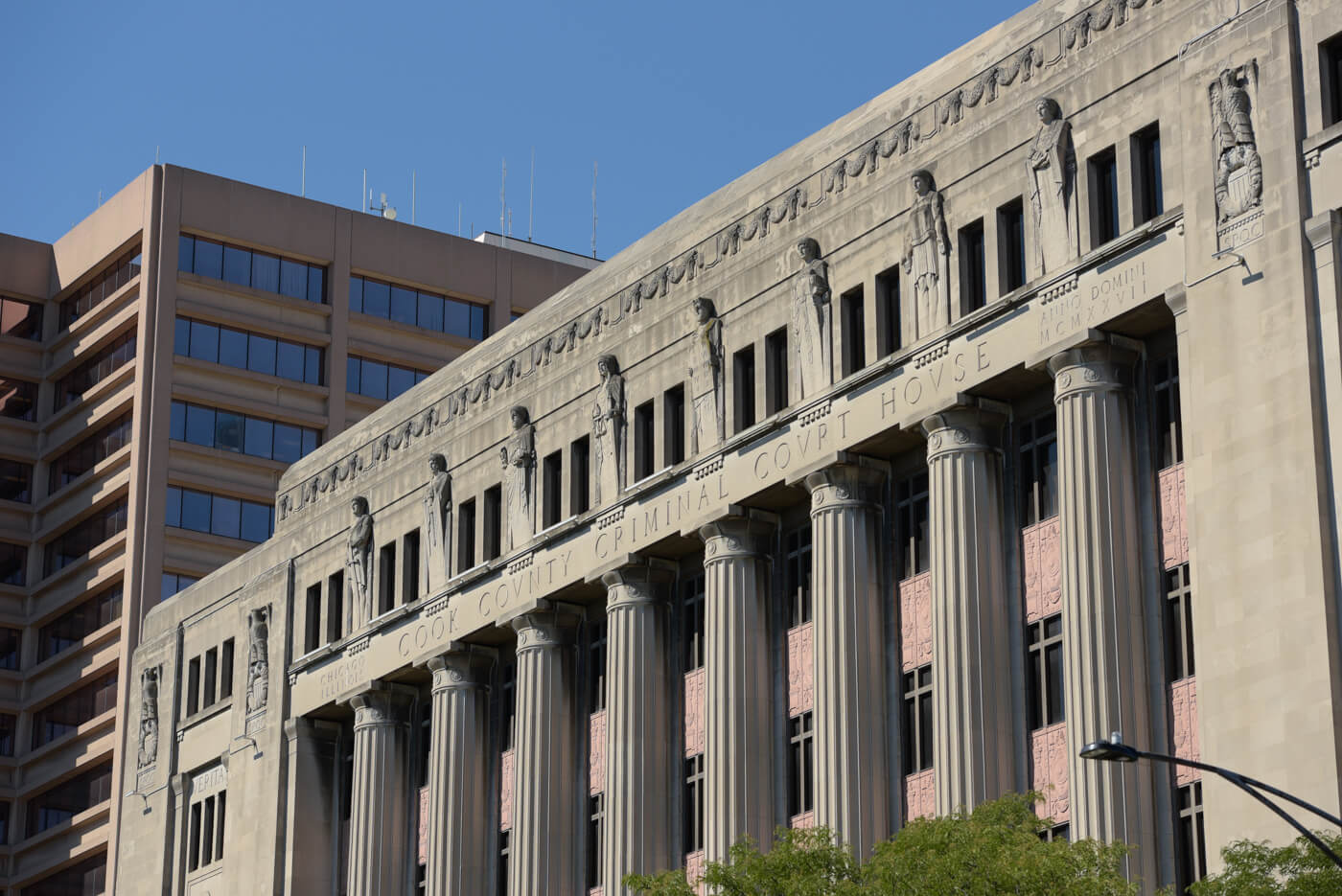 Does the recent arrest of a notorious Spanish Cobra gang member for home invasion and kidnapping point once again to a deep state operating in Chicago with Chicago’s media playing a central role?

Ricardo Rodriguez, exonerated for the 1995 murder of a homeless man, was arrested last month for allegedly committing a home invasion and kidnapping as part of a plot to rob a drug dealer, according to news reports.

Rodriguez’s arrest raises troubling questions about how and why Chicago works.

Rodriguez’s exoneration was itself highly suspicious. The reason is that his innocence claims were based on allegations of police misconduct by one of the detectives who worked his case, Reynaldo Guevara. The retired detective is accused in a host of cases by a collection of law firms specializing in wrongful convictions. However, the legitimacy of Guevara exonerations were and continue to be hotly debated, at least outside the Chicago media, particularly the Chicago Tribune, which acts as a virtual public relations outpost for law firms making exoneration claims.

Cook County State’s Attorney Kimberly Foxx has released a number of inmates based on allegations against Guevara. The problem is that her predecessor, Anita Alvarez, did not. Alvarez upheld the legitimacy of the convictions. Adding a layer of suspicion to Foxx’s actions in the Guevara cases is the fact that Foxx accepted campaign donations from attorneys who work at firms that stand to make money from civil lawsuits in federal court filed by the exonerees.

This troubling relationship has generated little, if any, interest from Chicago’s media.

The media’s lack of interest becomes even more peculiar when one considers the next level of suspicious evidence in the Rodriguez case. When Rodriguez was released, federal authorities took him into custody because he was not a citizen of the United States. They attempted to make him leave the country, a potent sign officials held deep suspicions about his claims of innocence. In addition to his gang membership, some of the evidence used to deport Rodriguez was a list of criminal offenses, which included two felony drug convictions. In one of the most suspicious acts in the long list of controversies that have plagued the Foxx administration, prosecutors walked into court and vacated the two ancient felony convictions against Rodriguez.

Why is a prosecutor going so far out of her way to vacate convictions from more than a decade earlier that will allow a member of a gang that has been terrorizing Chicago for decades to remain in the country?

Foxx’s decision to vacate the convictions becomes even more sinister. At the time Foxx's minions provided Rodriguez the very lifeline he would need to remain in Chicago and continue gangbanging, his fellow Spanish Cobra gang members were on trial for murdering an off-duty police officer, Clifton Lewis. Lewis was working an off-duty security job when Alexander Villa and fellow Spanish Cobra, Tyrone Clay, entered a West Side convenience store and shot Lewis. Lewis, who announced his office, was working the extra job to save money for his upcoming wedding. Foxx, who, unlike her predecessor Alvarez, could not be seen attending the murder trial of a police killer, was going out of her way to help a Rodriguez at the very time the murder trial was taking shape.

But this is not the end of the dark subplots permeating the Rodriguez saga. His exoneration was used by wrongful conviction advocates to attack a Cook County judge, Maura Slattery Boyle.

Slattery Boyle, like Alvarez, rejected Guevara misconduct theories by two convicted murderers, Armando Serrano and Jose Montanez. Slattery Boyle also rejected allowing attorneys from the Exoneration Project at the University of Chicago, a powerful player in the wrongful conviction movement, from handling the post-conviction proceedings of Rodriguez. Slattery Boyle’s actions, later overturned, could be viewed as another sign that she was skeptical of Rodriguez’s exoneration claims, as well.

Here, the media was not silent. What took its place was a calculated attack by a new media outlet in the city, Injustice Watch. Headed by Rob Warden, a former law professor at the Center on Wrongful Convictions at Northwestern University, Injustice Watch portrays itself as another journalistic gambit in the city. Its content, though, is deeply tied to the wrongful conviction mythology, including the Guevara cases.

Injustice Watch launched an intense attack on Slattery Boyle, citing her rulings on Guevara’s cases, including Rodriguez’s, in an effort to have her voted off the bench. It almost worked, but Slattery Boyle earned enough votes to stay on the bench. Another judge in the crosshairs of the media outlet, Matthew Coghlan, was less fortunate. Accused in a federal lawsuit that he, along with Guevara, framed Serrano and Montanez when Coghlan worked as prosecutor, Coghlan was voted off the bench. Injustice Watch, therefore, sent a powerful message to judges throughout the state.

A question that emerged in this chapter of the Rodriguez saga was the role of what appeared to be a powerful activist media. In attacking judges who assailed wrongful conviction narratives, the question arises whether Warden’s Injustice Watch further diminished the line separating journalism from open advocacy. It’s not an arcane question. In fact, the exact theory was recently posed in the federal courts.

Attorneys representing police officers in a federal wrongful conviction lawsuit allege that media pressure, not evidence in a legal proceeding, compelled former Governor Pat Quinn to release Tyrone Hood for a 1993 murder. The allegations were made against the Exoneration Project, the very same institution that represented Rodriguez in his quest from killer to victim.

"Mr. Quinn’s decision set in motion a chain of events that led directly to the reversal of Plaintiff’s convictions and these lawsuits, but the decision was not based on the discovery of any new evidence exonerating Hood . . . , such as DNA or eyewitness testimony excluding[him] from the crime—that evidence does not exist. Rather, it was the product of an intense media campaign by Hood’s attorneys involving local and international celebrities, NBC Chicago, Peacock Productions, the Chicago Tribune, and the New Yorker Magazine."

These startling allegations stirred the local media, right? Forget about it. It has been met with a citywide silence.

So many questions and themes emerge in the saga of Rodriguez’s journey from convicted killer to victim to accused home invader and kidnapper that a journalist could fill a year’s worth of stories on it. But that will likely never happen. The pattern that emerges is that Chicago's media jumps like trained circus animals when a claim of police misconduct is alleged, but a stone-cold silence emerges when the police accusers are under fire.

Rodriguez’s home invasion and kidnapping case generates particularly troubling questions: If the media had even covered Foxx’s vacating Rodriguez’s two drug convictions, would Foxx have retreated? Would federal officials have successfully delivered him from the country? In other words, is the Chicago media’s bias and activism contributing to the city’s out-of-control, chronic violent crime, as its silence on so many developments in the Rodriguez case paved the way for his recent arrest for home invasion and kidnapping?

It’s dangerous to accuse the Chicago media of contributing to the city’s violent crime, even with a case like Rodriguez’s such a powerful example. The stony silence that surrounds the entire media establishment suddenly turns into a hungry pack of wolves, as if the media is more intent on silencing opposing viewpoints.

This is perhaps the most troubling fact of the entire Rodriguez saga.