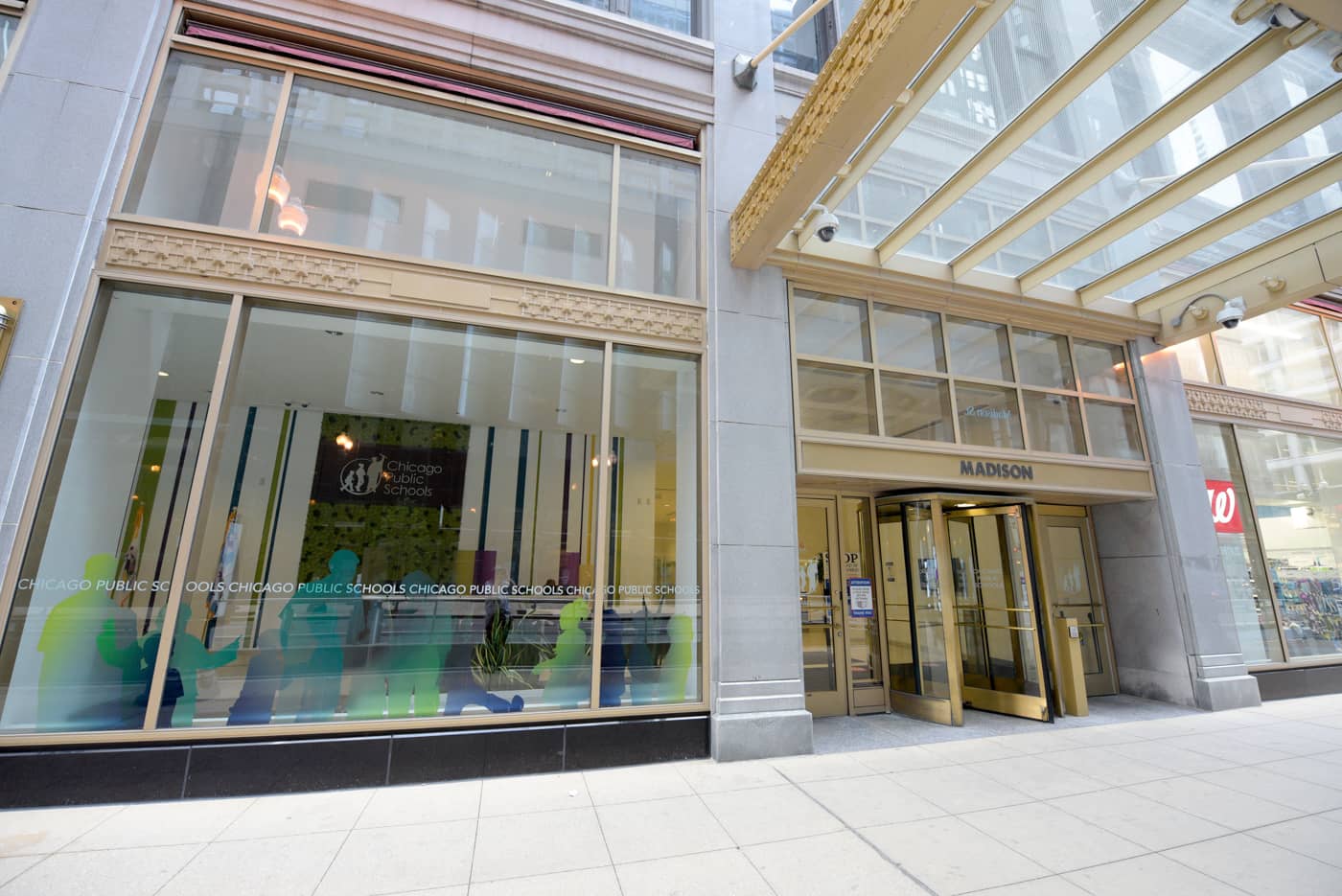 The CTU is living its dream

For Windy City residents who have speculated whether Chicago’s forlorn public school system could possibly become any worse, we are about to learn the depths of failure to which Chicago Public Schools (CPS) can descend.

After lawmakers in both Houses of the Illinois General Assembly (IGA) approved a bill to create an elected school board in June to oversee the CPS, Governor J.B. Pritzker has vowed to sign the legislation. Under the bill passed by both Houses of the IGA, Chicago’s school board would shift from a mayoral appointed seven-seat panel to a hybrid board with 21 members, ten of whom would be seated in elections held in 2024 and serve four-year terms. The 11 separate members would be appointed by the mayor. In a drastic reduction of mayoral power, the bill insists City Hall’s 11 appointed members require confirmation by the Chicago City Council. Two years following the 2024 elections, the new school board would eliminate appointed positions and elections would seat ten members, with a president elected at-large.

The culmination of years of debate and legislative action in Springfield, though Mayor Lightfoot mounted a furious campaign resisting the bill over the loss of mayoral control over the education system in Chicago, the mayor also objected to this bill for good reason. Opposition is rooted in what Mayor Lightfoot privately acknowledges and what is vital for the public to comprehend: The prime lobbying force behind an elected school board is the malignant tentacles of the Chicago Teachers Union (CTU).

By act of the IGA, the Chicago Board of Education was created in 1872 and originally seated 11 members. Throughout almost its entire existence, at most time up until its present incarnation, panelists seated on the Board of Education have invariably been appointed by the mayor of Chicago. In the intervening decades after its establishment, the district serving Chicago’s pupils began to show cracks and the board ran up astronomical debt. A fiscal condition so severe, by the late 1970s, District 299 was shut out of the debt market due to its credit rating sinking to the bottom of the credit rating table. In desperate financial straits, Springfield emerged to redeem the CPS’ finances. In 1980, the IGA created the Chicago School Finance Authority (SFA)and equipped the board to navigate the school district’s pile of debt. Though the SFA was chartered broadly to manage debt for the district, assess a debt service tax, and had final approval for CPS budgets, financial plans, and contracts, it neither exercised control over educational policy nor did it interfere with administrative control over the district. One year after it discharged its final financial obligation in 2009, the board disbanded.

However, out of the crucible of the CPS’ fiscal crisis and the SFA managing the District 299’s utterly chaotic finances, a determined movement clamoring for an elected schoolboard emerged. In 1988, the IGA once again stepped in to unravel the mess in the Chicago schooling system, which had been characterized by then-Education Secretary William Bennett as “the nation’s worst.” At the time of Bennett painting such a gloomy portrait of Chicago’s schools, the CPS had endured two strikes, suffered an astonishing 43-percent dropout rate, and the record for pupils who had sat for the American College Test (ACT) revealed scores so dismal they neared the bottom one percent nationally. Among other frightening revelations of the state of CPS schools in the mid-80s, a full one-third of students who did graduate from CPS were unable to read at a 12th-grade reading level. Others in one graduating class, some 5,000 pupils in the class of 1984, only demonstrated a junior-high reading level.

Though the CPS and city leaders resorted to pathetic excuses for the poor performance of its students, the IGA refused to hew to pretense. Months after Bennett publicly rapped the CPS’ knuckles, state legislators approved the Chicago School Reform Act which drastically rearranged governance over the CPS. A bill which dismantled the Board of Education and substituted it with a short-lived transitional panel, the act also delegated some control of schools locally with the creation of Local School Councils (LSCs). Panels on which parents, community residents, school staff, and school administrators are seated, LSCs became responsible for hiring principals, approving school budgets, and endorsing plans for school development.

The following year, in 1989, the Interim Board which had overseen the CPS was replaced with a council with 15 seats appointed by the School Board Nomination Commission. The Commission, whose members were principally residents and representatives of community groups, were all members of the newly created LSCs from across the city. In 1995, the State of Illinois restored full authority of the CPS to the mayor of Chicago, who is entitled to appoint the Board’s seven members.

While CPS was totally lacking in financial controls in 1980, which led to the ISG takeover, since Springfield instituted reform, the CPS has seen an improvement in performance over the past two decades. According to researchers with the UChicago Consortium on School Research in 2016, graduation rates among high school pupils at CPS has risen from 52.4 percent in 1998 to 74.8. A 22-percent rise, the study also revealed dropout rates had declined, graduation rates had shown improvement across all racial, ethnic, and economic backgrounds, and the average ACT score rose from 16.7 to 18.6. Similarly, the study uncovered more encouraging features: Students earning a 3 or better on AP exams rose, a higher number of pupils were opting for more-rigorous coursework, and student attendance rates jumped from 78 to 89 percent between 1998-2014. Most heartening in the analysis rendered by UChicago Consortium was the fact the most significant changes in graduation rates occurred among graduates at non-selective CPS schools. Today, the CPS owns an 82.5-percent graduation rate.

Though the CPS and the Board of Education are far from perfect, and both have weathered several embarrassing scandals and endured justifiable criticism for low student achievement, inflating graduation rates or fiddling with the model it uses to measure student success, some clear progress has been made in the mission to educate Chicago students since the late 1980s. While none of the gains in the past three decades alone cannot be accurately described as a monumental breakthrough, the groundwork for the CPS and the Board reversing Chicago’s schools’ crumbling fortunes was borne out of circumstances in which reform was an urgent necessity. Today, no such crisis exists.

The fact no exigency prevails today should prompt several questions, primarily why, in the absence of any real dilemma, there is a demand for an elected school board. However, Governor Pritzker’s expected signature on the bill creating an elected school board also presents Chicago residents with an entire new set of complex and challenging questions, most of which have yet to be thoroughly examined and answered honestly. Questions remain over who would determine election boundaries or dictate eligibility requirements for a seat on the elected board are disturbing and endure. Once elected, will new panelists seated on an elected board own the requisite experience and knowledge over complex education issues to render decisions the direction of District 299? Moreover, the lingering question over what steps an elected board would take which could rollback advancements in student achievement over the last 30 years also abide. As important as these questions are, it is also vital to regard matters on which our more enlightened thinkers have ruminated, explicitly the practicality of exploring the establishment of smaller, more efficient districts, resembling the current LSCs, rather than one, single elected board. Most important, questions surrounding control over the CPS budget persist.

While most of these questions are unresolved and some are no longer permissible for deliberation, of paramount concern for all Chicago parents and pupils is the role the Chicago Teachers Union will play in a city with an elected school board. A shadowy hovering presence in Springfield, the passage House Bill 2908 creating an elected school board is just the latest example of the lobbying strength and influence the union enjoys over the IGA. Though the CTU has piously claimed it threw support behind an elected school board to advance democracy, the sole motive behind the union’s tireless efforts for the creation of an elected school board is the CTU’s single-minded and passionate determination to exercise uncontested control over Chicago’s public school system.

In the CTU’s worldview, Chicago’s Board of Education functions only as a political structure deferentially carrying out the wishes of successive mayors. A mayoral appointed board, the CTU insists, is a failure of democracy. Claiming an appointed schoolboard is corrupt, illegitimate, and incompatible with the basic rules of democracy, instead of reform the CTU demanded a conversion to a fully elected board which it asserts will guarantee participatory democracy. In its stealth campaign to secure passage of HB 2908, the CTU worked the system perfectly to prevent language precluding union members or union officials from seeking a seat on an elected school board.

An unqualified success at a manipulation the IGA, for residents to understand how the new elected school board will operate under CTU rule, the LSCs have given us a clear-eyed preview of what to expect. Panels which have earned well-deserved reputations as corrupt officialdoms, LSCs are known for the incompetence of its members, mismanagement of money, and members engaging in the practice of accepting kickbacks. Though often well-intentioned, these debased LSCs, known for members who lack foundational understanding of complex and knotty educational issues and the presence CTU members only renders fears an elected school board fortified by a majority of CTU members becoming unscrupulous more acute. Despite the fact LSCs have established an unremarkable record, the CTU saw an opportunity to control the entire Chicago public school system in Chicago basing the elected board on appointed or elected local boards.

With the new elected school board loosely modeled on LSCs, there is every reason to believe the CTU will eventually come to exercise authoritarian control over Chicago’s public schools. Once CTU members are elected to leading positions on the new board, the CTU will plot his own political course and instead of navigating in a direction which is most advantageous for Chicago pupils, the CTU will pursue its long-sought wish list. Armed with its newfound power, with bullheaded determination the CTU will dismantle charter schools, poison students’ mind by blithely approving new, warped curriculum, disregard classrooms led by educators who distill politics with scholarship, teach apologetics, and are intolerant of alternative views. Worse, the CTU will abuse its position on an elected board to augment teacher pay and benefits, and the union's sumptuous retirement plans. Under a CTU-led school board, Chicago can also expect spending to balloon and incessant demands for tax increases to finance Chicago’s consistently “underfunded” schools.

It is also a virtual certainty with each sequent election the CTU will expand its might on the board, and eventually become impossible for union members to be dislodged. As the CTU’s footprint widens, the union will exert itself at any cost to strengthen and protect its monopoly over Chicago’s schooling system. Should student performance grow slightly, the CTU will demand accolade for even minimal success. Should student achievement plummet, the CTU will engage in ritual scapegoating with a cascade of excuses which places blame at anyone or everything but their own failures.

Residents of the City of Chicago should sit uncomfortably with the Chicago Teachers Union controlling Chicago’s public schools. Though a grotesque thought, it is soon to become reality.  Despite the approaching nightmare for Chicago’s pupils, there is one important point to be gleaned from the CTU’s seeming triumph: The CTU now bears complete responsibility for the success or failure of the CPS. With the CPS’ impending failure, perhaps only then will the CTU’s sinister intent finally be exposed.