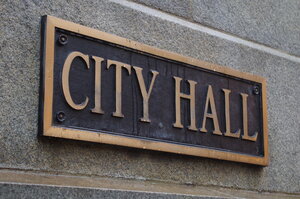 The aldermen in the Chicago City Council know what is best for you.  We know aldermen in the city’s legislative chamber know better than Chicago residents because the members of this august body are fond of telling us they know better.  Since Chicago residents are apparently in need of aldermen or other overpaid bureaucrats to tell us what is good for us, the City Council is debating imposing a ban on the sale of flavored tobacco products in Chicago.  The bill is sponsored by Alderman Matt O’Shea (19).

Mr. Shea’s crusade against flavored tobacco is not something new.  Over the past decade, a movement to regulate personal vices has gained momentum in cities across the nation.  This movement is not limited to private vice and includes prohibitions on, for example, plastic straws, transfats, and super-sized, sugary carbonated beverages.  Although most elected officials campaigning against flavored tobacco pose as crusaders striking a blow for the cause of public health, this is a ruse and one which is intended to use public health as a lever to abrogate individual rights on their way to building a nanny state.

While Mr. O’Shea is within his right as a public official to state Chicago residents should be concerned with their health, he is quite wrong to use his position in the City Council and the ubiquitous power of city government to impose his political convictions about whether Chicago residents should be using flavored tobacco products.  A gesture which suggests O’Shea and aldermen who support his legislation do not trust Chicagoans to make the right decisions for themselves, though the bill to ban flavored tobacco products suffers from a terrible contradiction, the legal use of marijuana in Chicago, his bill proposing a ban on flavored tobacco should raise some concern over the larger issue of  an erosion to individual liberties.

Over the past 50 years, smoking trends have undergone a dramatic reversal.  Since the early 70s, the percentage of adult smokers has steadily declined from 40 percent of the population to below 20 percent of the population by 2019.  The turnaround in smoking is largely attributed to a stigma surrounding cigarettes, health concerns, burdensome taxes levied on tobacco, and, most recently, replacements for nicotine.  Though the decline in smokers was worth celebrating, what tamped down on marking a healthier adult population was its substitute, other forms of tobacco or vaping.  Defined as a “public health crisis” by O’Shea, the 19th Ward alderman is ignoring a preponderance of evidence revealing youth smoking has reached a historic low.  Furthermore, Mr. O’Shea is overlooking the fact fully 81 percent of middle- or high-school students have never vaped, 13 percent have vaped only one time in a one-month period, and a minuscule 3.6 percent could be characterized as regular users of vaping products. An equally important fact Mr. O’Shea overlooks with his bill is the fact a significant majority of teenagers who admit to regular vaping reported prior use of tobacco products, primarily cigarettes.  Hardly a reason for sounding a public health alarm, the research in these national surveys reveal teens are actually using vaping or other alternatives to tobacco to escape addiction to nicotine cigarettes.

While the harmful effects of smoking or other tobacco products are well documented, so too are the adverse effects of marijuana use, which is why O’Shea’s bill seeking to ban flavored tobacco products is so peculiar.  Now legal in Chicago, marijuana, unlike smoking, is known to be more damaging to health than flavored tobacco.  The most commonly used psychotropic drug in the United States after alcohol, marijuana’s short-term effects include impairment of memory, body, and mood, hallucinations, delusions, and, if used with frequency, psychosis.  In the long-term, studies over marijuana use have concluded regular marijuana users suffer memory loss, experience a drop in IQ level, undergo irreversible damage to the brain, lungs and reproductive system, and cause prolonged anxiety and depression.  Similarly, marijuana has long been considered a gateway to more addictive drugs.

The point here is not to defend any form of tobacco use; smoking is a harmful and unpleasant habit.  In contrast, the point is to question the usefulness of banning flavored tobacco while the more harmful marijuana remains legal and to place the issue in the context of the proposal’s impact on personal liberty.  Though O’Shea claims his motive for banning flavored tobacco revolves around health concerns, the use of tobacco products is a personal choice and one which should never fall under the purview of municipal government.  If there is any peril here, it is the danger Mr. O’Shea’s bill poses to personal liberty.  An erosion to individual freedom, though O’Shea’s bill is, by all appearances, sensible and intended to protect, the bill will create a new reality wherein the once broad protection of the law for private behavior is destroyed piecemeal.  Worse, although O’Shea’s bill does not oppose personal freedom per se, his bill strongly insinuates he thinks Chicago residents are too dense to be allowed to exercise rights freely.  Additionally troubling with this bill is the fact a ban on flavored tobacco would create a clandestine market, as demand for the products are unlikely to decline with its proscription.  For those who recall New York City barring the sale of individual cigarettes, loosies, the passage of the ordinance by lawmakers compelled New York City police to enforce the ban.  It had disastrous consequences.  To uphold New York City lawmakers’ ordinance, as police approached Eric Garner, a street vendor selling loosies on Staten Island, Garner resisted arrest and later died at a New York hospital.  In the aftermath of Garner’s 2014 death over the sale of a cigarette, protests erupted, public property was damaged, New York City paid a $5 million settlement to Garner’s family, police were condemned, and New York City lawmakers escaped any fault for their role in codifying a silly law.  Nevertheless, even if flavored tobacco were to remain legal and its use increase, this does not provide Chicago’s government with sufficient reason to exercise the legal means to ban a personal choice or limit what we smoke as long as doing as much does not create an imminent threat to public safety, as with alcohol or drugs.

Akin to arguments advanced by cities which have legislated against transfats, those who defend O’Shea’s bill will claim the medical costs of the illnesses caused by tobacco use gives government the right to regulate or ban flavored tobacco.  An error, where supporters of O’Shea’s bill who cite health concerns are mistaken is the fact there is a striking difference between personal behavior which directly poses a threat to public safety, such as driving under the influence of alcohol or narcotics, and personal behavior which constitutes minute and indirect contributions to serious societal problems.

If we are to live in a free society, citizens must have the freedom to make their own decisions, even when some decisions may have crippling health effects.  These choices do have implications, but these are repercussions which the individual must bear without interference from government. As grievous as our nation’s health problems may be, obesity is troublesome, the damage from restrictions placed on individual liberty outweigh the consequences of handing government the power to remove the right to take these choices from us.

For all the arguments we hear from the nanny state advocates about the high cost to the public regarding health care needed for those who suffer the ill effects of tobacco can be made about marijuana.  Chicago’s Progressives and Left-wing politicians need to choose:  If Chicago will allow residents to legally light up a joint, the mayor and the City Council should stop telling residents what they cannot do.

While O’Shea’s intentions may be noble, his bill proposing a ban on flavored tobacco is at odds with individual liberty.  Although this may be an unintended consequence, if O’Shea believes it is his duty to solve Chicago’s problems, this city would be better served if the alderman proposed a light tax on flavored tobacco and turn these products into a source of tax revenue for a tax-starved city.  By pursuing this course, Chicago’s deficit woes could be further addressed and individual rights could be preserved instead of O’Shea earning a reputation as a nanny in chief.

Chicago residents should not take medical advice from an elected official any more than a physician should seek political guidance from a politician.  Government overreach, there is a danger to banning personal vices:  The translation of these kind of beliefs into law gives politicians unlimited power to restrict individual rights and to legislate certain types of morality.