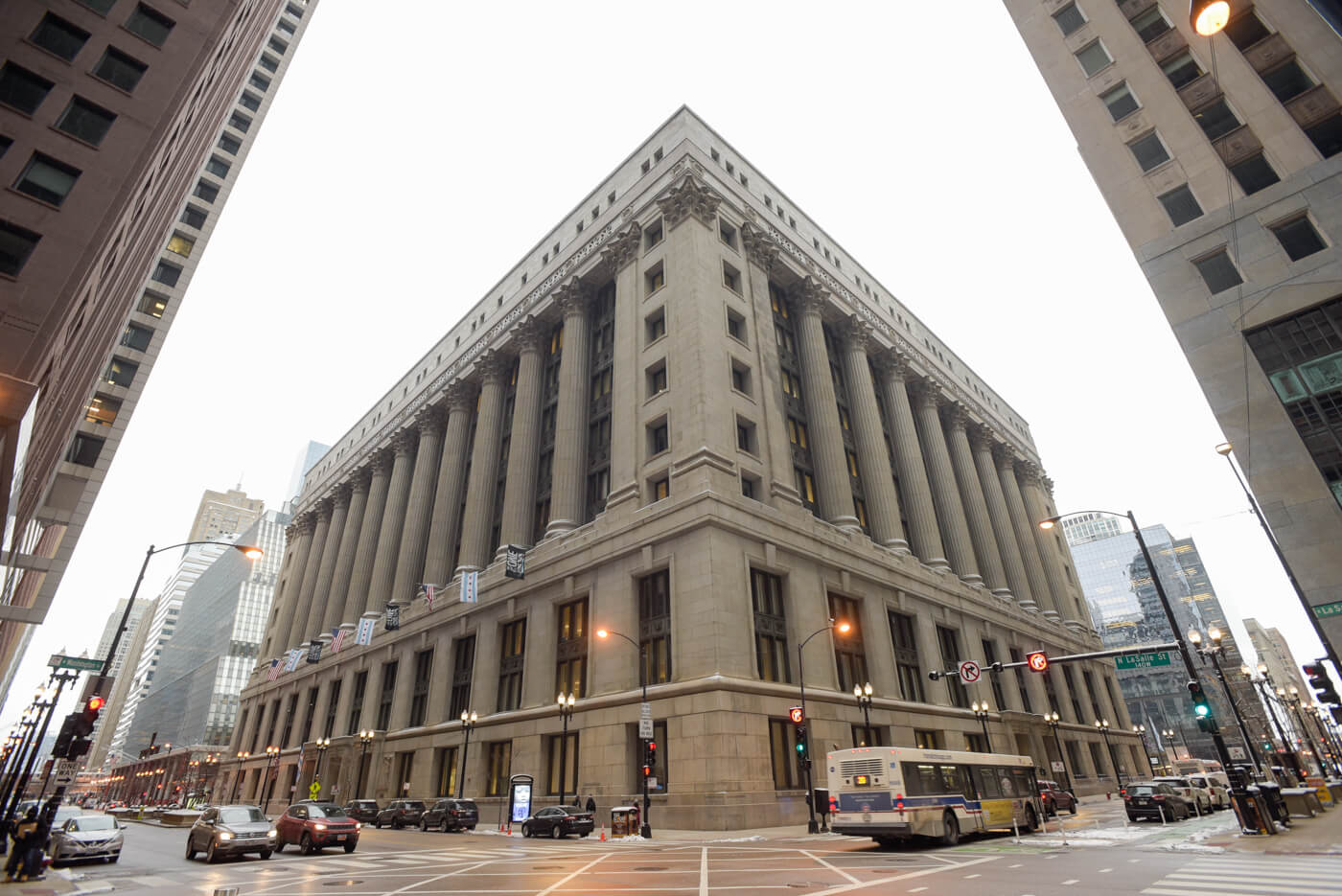 It is fair to pass judgment on Adam Toledo's death

What occurred in the early morning hours of March 29, 2021, was a terrible tragedy, but a misfortune which could have been averted. According to a reliable account of the incident, shortly after 2:30 a.m., a ShotSpotter detected a burst of gunfire in the area of the 2300 block of South Sawyer Avenue. Responding to the clatter of shots, two Chicago Police Department (CPD) tactical officers arrived at the scene and discovered two males in the area. Both fled police.

After a brief chase, police took one man, Ruben Roman Jr., into custody. Though Roman Jr. was unarmed, he was later charged with resisting arrest. The fate of Adam Toledo, who was armed, was vastly different. After refusing to respond to lawful police commands to abandon his attempted flight and surrender, Toledo, a handgun clearly visible in his right hand, neared an aperture in a fence. Continuing to disregard numerous lawful police commands and flee police, Toledo then appears to make a sweeping gesture with his arms and rotated quickly to face the officer trailing him.

At this moment, from the officer’s perception, Toledo may have been raising his arm to fire at the officer in pursuit. Nevertheless, the police officer giving chase had only a fraction of a second to resolve over whether to fire. Indeed, the officer made a wise decision: By firing at Toledo and striking him down, the officer stopped an immediate, deadly threat to his life from an armed suspect who repeatedly refused to obey lawful commands from police.

Days later, as the drip-drip of minutiae related to Toledo’s death sluggishly filtered out into the public, Mayor Lori Lightfoot visited Little Village’s New Life Community Church on South Sawyer Avenue. For a woman with a blemished and declining public image, Lightfoot’s press conference was a disaster she could not afford. To open the Monday, April 5, briefing, Ms. Lightfoot allowed Matt DeMateo, a pastor with New Life to lead an invocation. Hardly a man with the manner and appearance of an amiable clergyman, DeMateo, the hipster vicar, wore his headgear backward, appealed for hope, healing, and wisdom, and described Chicago as under siege from the great deluded moral panic of racism and white supremacy.

Moments after DeMateo turned the dais over to David Brown, Chicago’s police superintendent offered a description of the events which took place leading to Toledo’s death on the morning of March 29 and outlined the steps CPD took to identify Toledo and locate his family. Brown then shifted to detail departmental procedures for officers involved in fatal shootings and his vow to fully cooperate with the Civilian Office of Police Accountability (COPA). Following Brown’s remarks, Mayor Lightfoot took the podium, and the grievous errors began.

Opening her remarks, Lightfoot was subdued, but swiftly assumed a schoolmarmish pose to demand media and Chicago residents examine their conscience and avoid making judgments about the fate of Adam Toledo. With her characteristic finger pointing, Lightfoot continued to insist during this period of mourning the Toledo family should not be exposed to any sort of speculation over Adam's behavior or past. Moving on, Lightfoot segued into a brief hardship tale involving her brother’s struggles with addiction and incarceration and reminded reporters she too has a 13-year-old daughter. Fumbling with her sheets while standing at the rostrum, Lightfoot then dove headlong into police foot chases, vowed to “get to the bottom” of how Toledo came into possession of a firearm, and emphasized the need for “investment” in the social safety net.

Read into this press conference what you will, but what Ms. Lightfoot uttered was an incongruous heap of nonsense.

According to heyjackass.com, since the beginning of April Chicago has suffered 22 homicides and 127 persons shot. For the year, Chicago has endured 864 shot, and a staggering 165 homicides. Yet it took the death of an armed 13-year-old confronting police for Ms. Lightfoot to part from her myopic obsession with COVID-19 to finally acknowledge the crime overrunning Chicago. Equally bizarre, an address in which Lightfoot relied heavily on a series of flat-footed lines and emotionally laden bromides, there is every reason to believe the mayor sought to treat Toledo’s death as an excuse to reopen the stalemated debate about police reform and gun control, and to reignite the flame for government assistance programs.

More troubling was the fact Ms. Lightfoot never mentioned a word in defense of law enforcement. Though the mayor did not take the opportunity to condemn police – her typical default stance – the mere fact she expressed faith in COPA without advocating on behalf of officers only strengthened a false narrative of police wrongdoing and racism in the days following Toledo’s death becoming known to the public.

Lightfoot’s optimism in COPA’s “impartiality” is peculiar considering a COPA statement released three days prior to the mayor’s press conference described the police bodycam footage capturing the incident with Toledo as “troubling.” Though COPA’s thoughtless statement over such a delicate matter was an unconcealed attempt to chum the anti-police waters, Lightfoot remained silent over COPA’s deviousness. Lightfoot’s refusal to defend police against the routine invective toward CPD following police shootings is particularly unnerving in view of the fact the mayor held the press conference two days after the Sun-Times reported the CPD had issued a safety alert to officers after learning a branch of the Latin Kings had issued orders to fire upon unmarked CPD vehicles.

However, Ms. Lightfoot’s greatest blunder during the flawed April 5 press conference was her insistence no judgments be made over the circumstances which led to Adam Toledo’s death. While the mayor’s words of condolence to the Toledo family were welcome and she correctly noted rumor and misinformation do often flourish in the aftermath of a police-involved shooting, Toledo’s death during an armed confrontation with police is a window of opportunity to issue judgments. Adam Toledo may have only reached the tender age of 13, but there is too much known not to safely speculate over precisely what occurred on the morning of March 29 and who is to blame.

If we take into consideration the basic facts over his age, the early morning time the incident occurred, Toledo keeping the company of a documented gang member, and the irrefutable verity Toledo was in possession of a gun, there are substantial grounds to presume Toledo had deliberately involved himself in criminal behavior and was likely a youthful member of a gang.

Similarly, a judgment must be made on Mrs. Toledo. While Adam’s mother is deserving of compassion for the loss of her son, a moment of introspection on Mrs. Toledo’s part is required. Though Mrs. Toledo demonstrated sound parental instinct by contacting police to report her son missing on March 26, and did contact CPD again when Adam returned home, Mrs. Toledo failed to liaise with police a second time when she learned Adam had, again, left home. This begs an essential question: Why did Mrs. Toledo not exercise the same instinct when she discovered her son was unaccounted for a second time? Furthermore, it is also reasonable to inquire of Mrs. Toledo whether she suspected her son was involved with a gang or if she was aware of her son’s social media posts, some which appear to extol gang lifestyle.

Legitimate questions which Mayor Lightfoot and many others have carefully avoided asking or answering, it is also valid to pass judgment on Mayor Lightfoot. For the entirety of her term as mayor, Ms. Lightfoot has rarely, if ever, publicly defended the Chicago Police Department.

Adam Toledo’s attempted flight from police was, naturally, motivated by a fear of arrest. However, Toledo’s attempt to escape police is a direct consequence of an erosion of police authority on the streets. As mayor of the City of Chicago, it is a paramount importance Ms. Lightfoot routinely strengthen police legitimacy under the aegis of her office. Hardly a memorable example of a true leader, Ms. Lightfoot’s refusal to remind residents and visitors to Chicago of their legal obligation to obey lawful police commands and assist police investigations reveals Ms. Lightfoot is a spineless appeaser and at the mercy of irresponsible critics of police.

Adam Toledo’s death is a sad event. However, Toledo’s death was not the result of weak gun laws, police pursuit procedure, and it certainly was not a tale of a diabolical officer looking to mercilessly gun down an unarmed 13-year-old.

Furthermore, Toledo’s death cannot be attributed his being “in the wrong place at the wrong time.” In contrast, Toledo’s death is a classic case of an armed offender refusing to obey lawful police commands. His death only considered a felony murder through his association with a known gang member, Adam Toledo had numerous opportunities to respond to police orders to rid himself of a firearm and forego his attempt at flight. That he chose to disobey forced a police officer to resort to lethal force.

Despite Mayor Lightfoot's deflections and excuses at New Life on April 5, it is fair to speculate, judge, and cast blame over the incident involving the armed teenager. Those who blame the Chicago Police Department, gun laws, societal ills or police chases for Toledo’s death do so to suit their own prejudices. If there is any confusion over where blame should rest in the death of Adam Toledo, the ultimate responsibility lies with Adam Toledo himself.