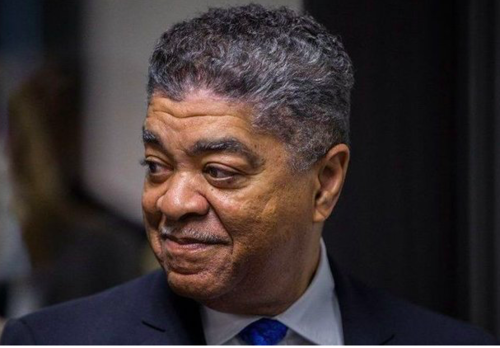 For a public official a self-inflicted wound is excruciatingly painful, sometimes fatal. Take, for example, Judge Timothy Evans, who sits high up on the glistening glacier of privilege as the Chief Judge of the Cook County Circuit Court. A position which allows him to enjoy life in a bundle of deference many Chicago residents cannot possibly fathom, Evans’ power and entitlement is now under intense scrutiny, and what had initially appeared to be a minor scratch for the longtime judge has grown gangrenous.

In a cockup which could possibly prove embarrassing for Judge Evans, if not cost him dearly at the polls, a magistrate judge in the U.S. District Court for the Northern District of Illinois has ruled Evans must provide testimony in a wrongful termination case filed by an ex-Cook County employee formerly with the county probation division, which Evans oversees. The August 1 decision rendered by the Honorable Maria Valdez to set a deadline for Evans to be deposed no later than September 15 draws to a close an entire year of efforts by attorneys representing Phil Loizon to obtain Evans’ sworn statements.

There is no good cause to believe that the deponent is completely unavailable for deposition prior to 9/15/19. While the Court is mindful that the deponent has a number of important duties given his position, his deposition is relevant to the claims in the case and the Plaintiff has waited a significant period of time for the scheduling of the deposition. The deponent, Chief Judge Evans, is ordered to sit for a deposition prior to 9/15/19 to provide the Plaintiff with enough time to complete relevant discovery.

If we go back slightly in time, the genesis of Evans’ quandary rests with the 2017 dismissal of Phil Loizon, who at the time served as Deputy Chief of the Cook County Adult Probation Department. A 29-year-veteran employee of Cook County, Loizon joined the department in 1988, determined to do work for the good and safety of others. After establishing a solid reputation for dauntless and visionary leadership, Loizon was promoted deputy chief of the department in 2003. In this role, Loizon’s expanded responsibilities included managing armed detachments of probation officers involved with supervising at-risk probationers. While serving as deputy chief, Loizon received the highest rating in performance evaluations for ten-consecutive years.

The taproot of the trouble, however, arose in 2014, when a Chicago Tribune investigation portrayed the adult probation department marred with scandal. According to the Tribune account, the adult probation department was manned by personnel who had allegedly coerced probationers into becoming informants for local and federal authorities and had allegedly conducted warrantless searches. Amid a pair of Tribune reports in 2014, Loizon was removed from the streets and consigned to desk duty. However, as the controversy erupted, an internal review of the department’s practices conducted by Chicago law firm Laner Muchin produced a detailed report examining the Tribune’s claims, but to date Cook County has not made the findings public. Shortly after the publication of a March 2017 Tribune editorial calling into question his compensatory pay, Loizon was terminated. Sources say after Laner Muchin completed its exploration of the Tribune’s charges the adult probation department functioned no differently than it had prior to the newspaper’s accusations.

Despite the fact Loizon’s compensatory pay and dismissal received breathless attention in the Tribune, little notice has been paid to the alleged role Judge Evans played in the former deputy chief's dismissal, until now. Justifiably distressed over his firing, Loizon, whose unexpected termination arrived just one year ahead of his scheduled retirement in November 2018, took the logical step of filing a lawsuit in federal court in September 2017. A case which initially moved with generous speed, the matter unexpectedly stalled after the former deputy chief’s legal team secured depositions from seven figures employed with Judge Evan’s office, all of whom have sworn they did not have advanced knowledge of Loizon’s dismissal and were baffled over his firing. While the delay in court can be related to procedural hurdles, a steady flow of detailed information related to Loizon’s case has unearthed the legal matter has slowed to a glacial pace over the fact Judge Evans has yet to be deposed. Sources close to the case say legal attempts to gain Judge Evan’s cooperation have been hindered by Evans repeatedly and full-throatily claiming in court his obligations as chief judge of the Cook County Circuit Court do not afford him time to be deposed.

While it is indisputable Judge Evans is a man relentlessly driving himself through official duties, one year is certainly adequate time for Evans to fulfill a plaintiff’s request for sworn statements. A man with much to explain, an inspired hunch for his citing the burden of his workload leaves witnesses to this lawsuit with the inescapable impression Judge Evans has resorted to animal cunning to aggressively dodge being questioned over a case firmly rooted in legal ground. If one were cynical enough, it could also be speculated Evans’ recalcitrance to be deposed may rest in what is certain to cause a firestorm of controversy for him just prior to his re-election bid to remain atop his perch on the Circuit Court. As well, if one assumed the pose of a misanthrope, they could theorize the delay in securing Evans’ statements under oath is rooted in the judge’s concern any thorough review of his actions may lead to disturbing revelations related to the atrocious manner the adult probation department operated under his management.

Only Judge Evans knows the truth. To put it mildly, Judge Evans’ actions since September 2018 appear troubling and deserve explanation. Fortunately, Judge Valdez concurred with the plaintiff and ruled Evans’ deposition in the dismissal of Mr. Loizon must be religiously fulfilled without further evasion or delay.