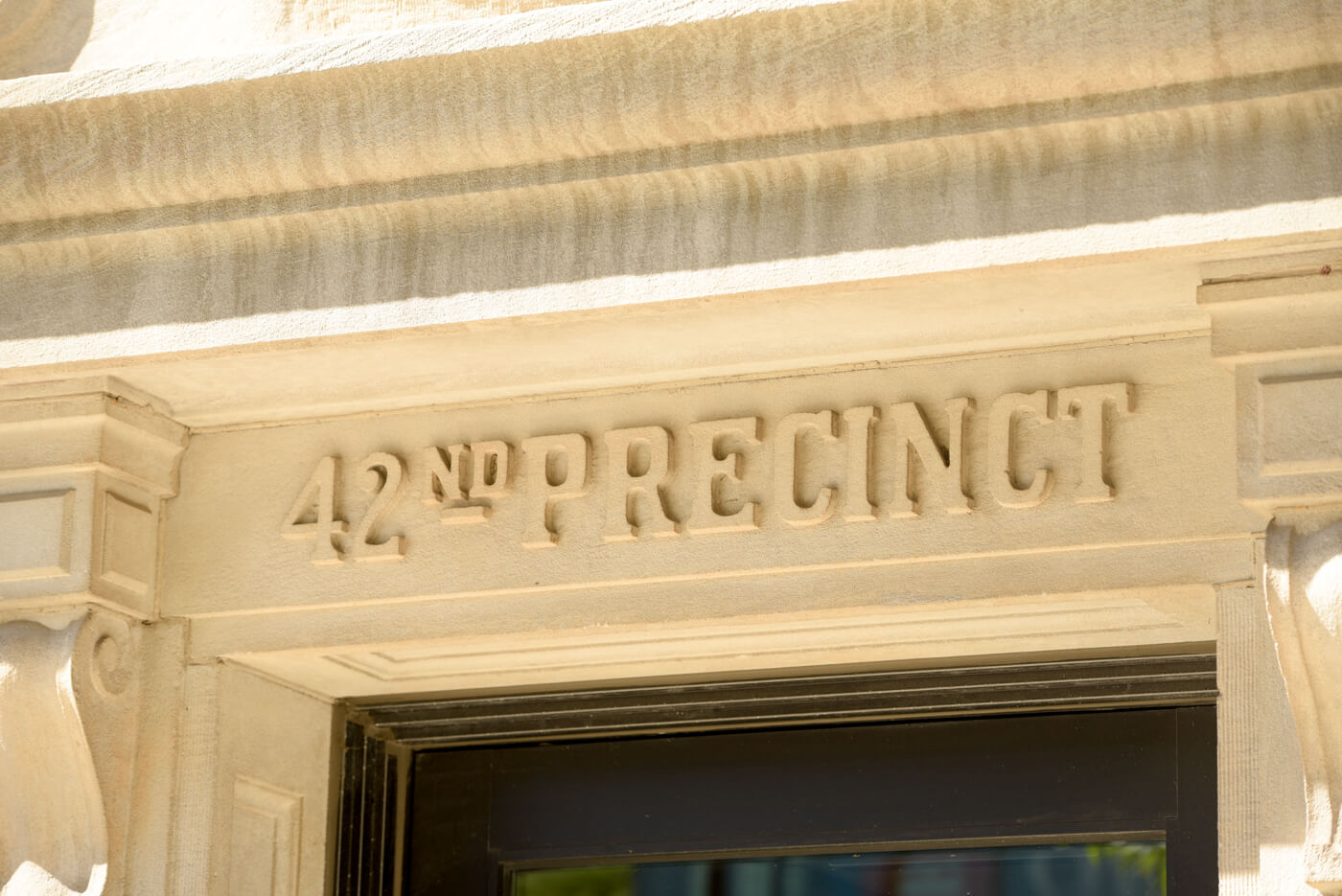 Is the future of American cities in the Biden administration revealed through an intrusion of the Chicago Police Department (CPD) by a court appointed special monitor?

More and more, the answer appears to be in the affirmative.

Maggie Hickey, appointed in 2019 as the special monitor overseeing a consent decree imposed on the CPD, is on the cusp of releasing a report on the “progress” the CPD has made under this vast federal undertaking. In her role as the special monitor, Hickey holds great authority and has immense resources at her disposal to implement and advocate for even the most basic law enforcement policies.

However, given the gloomy situation in Chicago just a little more than a year since Hickey was named special monitor and the latest appointments to key posts at the Department of Justice (DOJ) under President Biden, Chicago may very well be a symbol of the chaos and violence likely to fall upon other American cities.

The reason is that the consent decree has produced anything but justice and equity for Chicago. In fact, the consent decree has caused a dramatic reduction in vigilant policing. This decline in assertive, proactive policing compounded with the swift return of violent criminals back onto the streets has led to homicides and carjackings spinning out of control and a surge of violent crime across the city. The consequences of the uptick in crime have been devastating: Residents and businesses are moving out of Chicago, leaving a once-thriving district known for shopping and dining empty and boarded up. The consent decree and rising crime has also led to veteran police officers scrambling to retire. Even more troubling, those suffering the most in Chicago are the law-abiding in minority neighborhoods where the advocates of the consent decree insisted the federal action would be most beneficial.

In the midst of this disorder, Hickey still stands before the public and the city's corrupt media as some kind of reformer, claiming to bring justice and equity to Chicago. The buzzword used to justify both the investigation undertaken by the DOJ to provide the basis for the consent decree and its myriad reforms is “constitutional.”

More and more, this claim made by Hickey, her vast entourage of bureaucrats, experts and the media activists drooling at a consent decree that will bolster their anti-police narrative and pay them handsomely appears to be little more than the punchline of a terrible joke. Far from resembling anything related to constitutional policing, Hickey and her consent decree reveal themselves to be a dangerous politicization of the criminal justice system at the federal level, a politicization certain to expand as President Biden announced the appointment of Vanita Gupta as Associate Attorney General.

A former attorney for the American Civil Liberties Union (ACLU), Gupta served as Assistant Attorney General for Civil Rights in the Obama administration. While leading the Civil Rights Division at the DOJ, Gupta was the key architect in the creation of Chicago’s consent decree. Gupta’s appointment as an Associate Attorney General signifies the high probability that consent decrees will expand throughout the country’s large cities, with similarly dire results.

It is illuminating for the entire country, then, to see the actual fading of the constitution in the city at the very time Hickey and her circus have come to town claiming to defend it. Several chilling episodes in Chicago in particular should serve as a notification to other major cities what they are in for.

Take, for example, the second episode in a series of lawless acts that consumed Chicago in the summer of 2020, the attempt by vandals to tear down the Columbus statute in Grant Park.

This violent episode was an ideal time for Hickey and her fellow constitutionalists to bolster the rights of police officers who were victims of criminal attacks perpetrated by Antifa and Black Lives Matter rioters. However, no such protection for the police emerged from Hickey’s office. Hickey is alleged to have teamed up with Chicago’s notoriously anti-police Office of the Inspector General to investigate the police in these demonstrations, not the perpetrators of violent, criminal attacks on the police.

Will consent decrees under Gupta, who is acting on behalf of the Biden White House, similarly bolster complaints against the police who themselves are the victims of violent crime in the coming Biden-Harris years?

Then there are the media attacks on officers accidentally barging in on a naked woman while serving a search warrant on the wrong home in 2019. Unfortunately, police were mistaken when they entered the home of Anjanette Young. The report emerged from notorious anti-police newsreader, CBS 2’s Dave Savini. As with much of his “reporting,” there was one big problem with Savini’s story: There is no evidence to indicate officers involved with the mistaken execution of the search warrant at Young’s home committed any crime or were involved in any misconduct whatsoever. In fact, the entire mistake could have been avoided if Cook County Sheriff Tom Dart had provided information Chicago police sought about the address of the man police targeted in the warrant, who was on electronic monitoring at the time. This is a fact that was not mentioned in Savini’s broadcast diatribe.

From here on out, is every unsuccessful warrant or every police mistake now the grounds for why Ms. Hickey can’t stand up and defend the rights of officers? Will Hickey’s other option be meeting with the Chicago’s Inspector General on these cases again?

The citizens of Chicago can rest assured that Hickey will have little to nothing to say about the recent acquittal of infamous police killer Jackie Wilson for his role in the murder of two police officers in 1982. Wilson’s once-doomed quest to overturn his conviction and get another trial arose from the creation of a state funded agency, the Illinois Torture Inquiry and Relief Commission (TIRC) that even a first-year law student could tell was a constitutional obscenity. The commission, comprised of unelected members, some of whom are key players in the anti-police movement, hold the power to overturn long-settled murder convictions, even after the offenders have exhausted all appeals.

Such was the case of Wilson. With the creation of TIRC, Wilson’s case was tossed back into the courts, where a circus-like drama unfolded in the courtroom of Judge William Hooks. Judge Hooks ultimately declared Wilson innocent of the murders, even though Wilson stood by as his brother fired fatal rounds into two police officers and Wilson drove the getaway car.

Perhaps Hickey and her acolytes were too busy counting the tax money lavished on them for their oversight to get involved in such deeply entrenched unconstitutional violations that is TIRC, a crusade for accountability in that offensive institution that would no doubt offend the very elected officials and activists who pushed for the consent decree to begin with.

One hand, after all, washes the other.

So what if TIRC, aside from being legally dubious, has tormented the family members of murder victims time and again as they watched commission’s pretentious, self-aggrandizing and buffoonish members pave the way for the release of one convicted killer after another?

So what if Hickey and her entourage are willing to ignore so much evidence uncovered by the city attorneys that the claims of police misconduct that have led to exonerations are full of holes, so much so that city attorneys are even deposing the top prosecutors in office of Cook County State’s Attorney Kimberly Foxx?

Who is anyone kidding? The DOJ’s consent decrees are an extension of the anti-police movement, the politicization of the justice system that began in the Obama administration and no doubt will explode under Biden and Gupta.

Hickey’s regular reports on police reform are a dark, humorless joke on the taxpayers funding her carnival and the most vulnerable citizens in the city.

Consent decree advocates and administrators are laughing all the way to bank on Chicago’s bloodstained streets, very soon to be coming to every major American city.