“Crimefightin’ Kim” Foxx Hits the Red Carpet at the Oscars 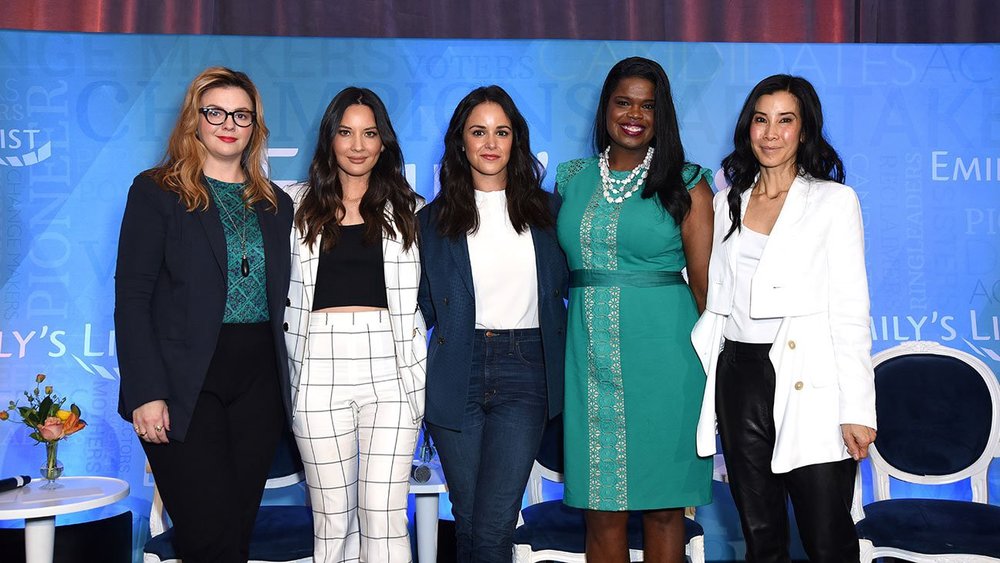 For Chicago residents who feared they may have briefly suffered from acute hearing loss, fear not: The familiar whooshing sound of Kim Foxx’s superhero cape has returned to the Windy City. After a brief absence from her duties, “Crimefightin’ Kim” was on hand to preside over a Friday, February 22, press conference in which singer R. Kelly was charged with 10 counts of aggravated sexual abuse. For Ms. Foxx, a woman with a tarnished and deteriorating public image, it was essential she personally handle the wave of questions surrounding the Kelly case and submit to the media-cycle demands for answers.

Although Foxx handled the press conference somewhat ably, her placid response to the Kelly allegations on February 22 stood in stark comparison to her re-action to the recent controversy brewed by Hollywood actor Jussie Smollett. On January 29, in the dark of night, as a polar vortex storm knifed through Chicago, Smollett alleged he was the victim of a barbarous anti-black, anti-gay hate attack on a quiet street near his Streeterville home. The whole paraphernalia of a con-game, Smollett’s fictional account galvanized the national press, inspired endless tweets vilifying the alleged attack from his Hollywood chums, and poured barrels of fuel on searing racial animosity which has divided Chicago police and minority communities for decades. However, while the nation lapped up the fanciful tale of a harmless homosexual actor attacked by an imaginary duo of Trump-supporting boogeymen, a vigorous police investigation exposed the utter falsity of Smollet’s claims.

Although there is little need to wade any further into the details of Smollett’s ridiculous story, as the Empire star’s tall tale was crumbling under the weight of its deceptions, Kim Foxx was nowhere to be found. In a most-unusual move on February 19, Ms. Foxx recused herself from the Smollett case over concerns discussions she held with a Smollett family member would conflict with the probe. Failing miserably to address the matter of her recusal in person, Foxx simply trotted out spokeswoman Tandra Simonton to deliver a terse and ambiguous statement, which read:

“Out of an abundance of caution, the decision to recuse herself was made to address potential questions of impartiality based upon familiarity with potential witnesses in the case”

A weak and unconvincing press release, Ms. Foxx labored under the delusion a recusal would work like a charm under the banner of a “transparent” State’s Attorney’s office. But if you find Foxx’s decision to disqualify herself from the Smollett inquiry baffling, you are not alone. Justifiably assailed from all sides, Foxx’s move drew much unwanted attention, including this observation from her predecessor in office, Anita Alvarez:

“I think I got to the point where enough is enough. This case has had so many different ramifications for the city, and in my opinion, it’s ‘do your job.’ You’re elected to do your job, do it. You have to make these tough decisions, you have to handle cases you may not want to handle, but that’s part of it, it’s part of the job.”

While it is tempting to dismiss Ms. Alvarez’s rebuke as a pinprick from an envious rival, the former state’s attorney is making a salient point which cannot be ignored: Foxx’s recusal from the Smollett hoax is a wholesale rejection of the responsibilities of office. To complicate matters further, at the same moment Foxx’s recusal was revealed to residents, Ms. Foxx disappeared altogether from Chicago. Foxx, it was discovered later, was busy elsewhere, not in the dankest recesses of Chicago or vacationing at a private oasis on the French Riviera, but in Hollywood to be seated among film industry gentry at Raising Our Voices: Supporting More Women in Hollywood hosted by pro-abortion group Emily’s List. Read into it what you will, but there are a number of reasons why Foxx recused herself from overseeing the Smollett investigation and precisely why Foxx re-surfaced on February 19 in, of all places, California’s coked-up canyon.

For Foxx, the October 2018 conviction of former police officer Jason Van Dyke, her recusal in the Smollett fraud, and the excursion to Hollywood all intersect.

While a theory often resembles a dense fog, much logic can be culled if hypothesis is disentangled, broken down, and explained with intelligent care. If we cast our minds back to December 1, 2016, Foxx entered office with three sweeping aims. Goals openly expressed and guardedly carried out, Foxx first sought to hem in Chicago police officers. Second, Foxx desired to liberate alleged casualties of Chicago’s system of justice from imprisonment. Last, and for Foxx the crown jewel, Cook County’s prosecutor coveted to witness the successful prosecution of Jason Van Dyke from her office on Washington Street. Having attained all three objectives, Foxx no longer has the desire, energy, or focus to fulfill her obligations as prosecutor.

With sights set on higher office, Foxx traveled to Hollywood intending to create bonds of affection with the chorus line of Left-wing hedge-fund billionaires, movie moguls, and virtue-signaling actors and actresses, all of whom routinely underwrite liberal office seekers. A well-worn path for many elected Democrats with a burning desire to be seated on Capitol Hill, Foxx’s entire thrust in Hollywood was to mix with the monied elite, drum up support for her political ambitions, and engage in the closed-door fundraising efforts which characterize advance campaign activities. Unfortunately for Foxx, the deception concocted by Jussie Smollett was an unforeseen cataclysm which threatened to imperil the entire fundraising mission to the Oscars, and inspired her recusal from the case.

Regardless of the plain absurdity of his claim, in Hollywood’s prevailing wisdom, Jussie Smollett is a weak, helpless member of an abhorred group classifying him as a perpetual victim. Moreover, to Hollywood high society, Smollett is a gay man who absorbed himself in the noble gesture of staging an attack to sensitize the public to the supposed plight of intolerance faced by gay men in America. In contrast, R. Kelly involved himself in evil by engaging in the sinister act of sex with minors. While the Hollywood aristocracy’s response to the charges leveled against Kelly is proper and Kelly’s depraved actions deserve both universal condemnation and criminal prosecution, Smollett remains a victim among the celebrity circus in Hollywood. In view of the fact Hollywood envisages itself a de-facto human rights agency which brings rescue to victims of anti-gay attacks (even fictitious ones), many in Hollywood’s chattering classes are craving leniency be conferred on their latest hero, Smollett.

But by traveling to Hollywood in the midst of recusing herself from the Smollett inquiry under dubious circumstances and fraternizing with Tinseltown’s uber-wealthy at the highly-politicized, pre-Oscars revelry, Foxx is leaving the awkward image of a minor public official active in a transactional relationship with Smollett’s admirers in Hollywood. Although no evidence exists at the moment to indicate Foxx’s presence at Raising Our Voices on February 19 produced an agreement between Foxx and Smollet’s affluent Hollywood cronies to show mercy to Smollett in return for a pledge to subsidize Foxx’s future political dreams, it does bear repeating the odd circumstances leave the impression an unorthodox and unseemly understanding between both parties may have been reached. Knowing Ms. Foxx and understanding she considers herself preordained for national office, it does not strain credulity to speculate Cook County’s Progressive luminary recused herself and handed off the Smollett case to subordinates to ingratiate herself with Hollywood figures whom she is aligned politically and from whom she breathlessly awaits financing for her future drive for national office.

A prosecutor cannot pick and choose cases. A failure to effectively lead the office of which she was elected to direct, Ms. Foxx’s decision to recuse herself from the case against Mr. Smollett demonstrates she finds the responsibility of public office suffocating. Furthermore, it illustrates Ms. Foxx has forgotten duties of public office should always remain far ahead of any personal ambitions. But such considerations do not weigh on Foxx. Having accomplished her overriding goals of placing her heel on the Chicago Police Department and freeing repeat felons from imprisonment, ends achieved at the cost of sacrificing the safety and security of Chicago residents, Ms. Foxx’s outing to Hollywood signals her intent to concentrate on pursuing national office. To Ms. Foxx, the demands of the office of state’s attorney are too tiresome, too exacting, and a hindrance to her future political designs. Even more troubling, Ms. Foxx has said nothing to quell any controversy over her recusal from the Smollett case or her trip to the Oscars.

A woman of staggering incompetence, Kim Foxx has invested only part, never all, of herself as Cook County State’s Attorney.