Escape from the Northside of Chicago 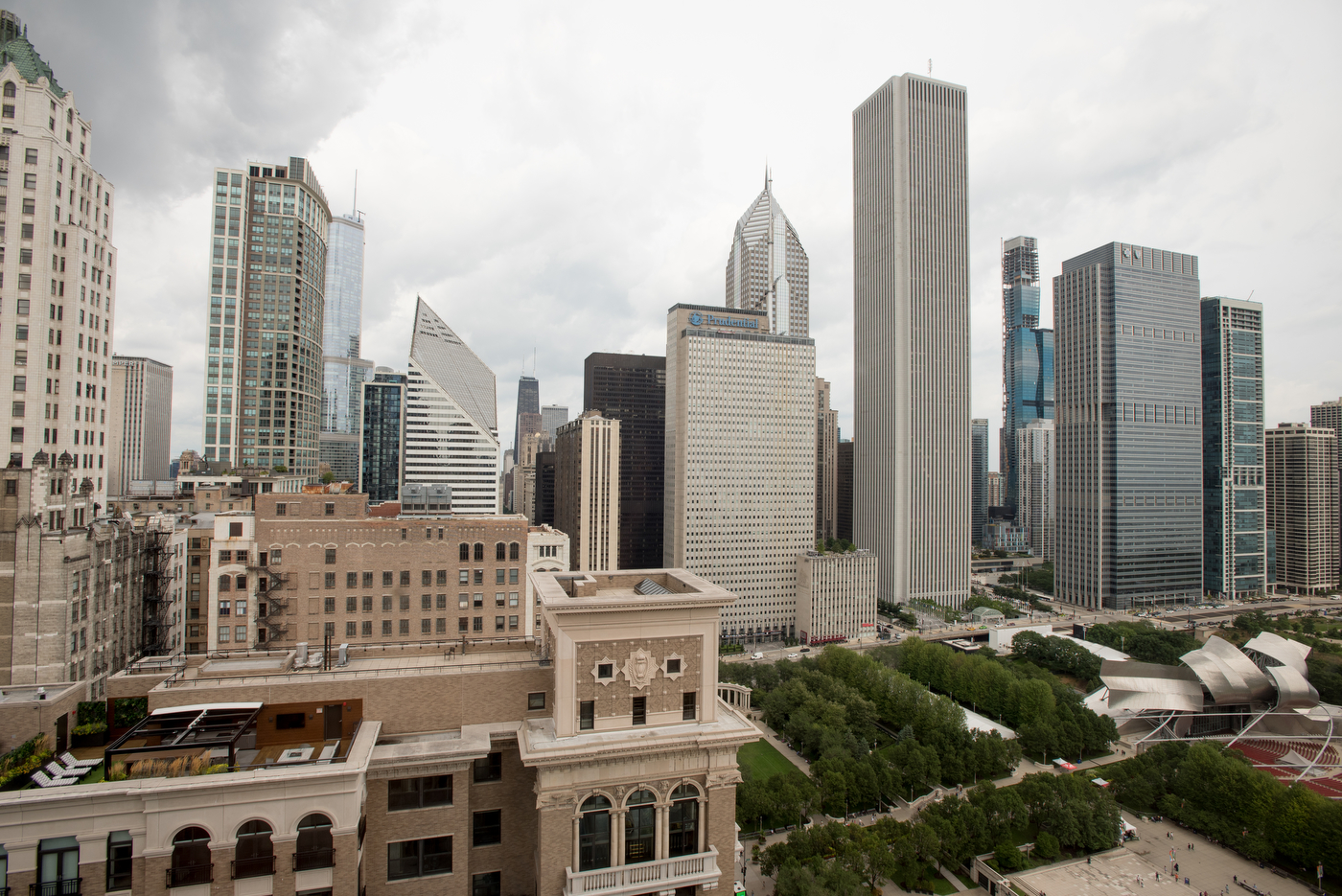 In Kurt Russell’s 1981 kitschy action flick, Escape From New York, Manhattan has become a maximum security prison as a means to control a “400 percent increase in crime” sweeping the nation. Convicts, all of whom are given life sentences, are dropped on the island, which is surrounded by a 50 foot wall, mined bridges and constant military patrols. Predictably, chaos is the new normal on the streets, given the total breakdown of law and order. But then a plane crashes (actually an escape pod) with the president of the United States and Russell’s character, Snake Plissken, and the president must escape from the city.

I am reminded of this film by a Northside business executive who recently told me he watched it in secret with friends to “reflect on what has happened to my own city as a kind of guilty, sick pleasure given the state of crime in Chicago and the lawlessness on the streets.” Like numerous other local business leaders that Chicago Contrarian has spoken with, he is taking matters into his own hands by plotting escape and evasion tactics as a response to “out of control and seemingly random crime at all hours of the day throughout the Northside stretching from the Gold Coast all the way up to even the former safe parts of Rogers Park.”

“While cinematic escapism and dreaming of vigilante justice against carjackers who stole an Amazon truck on my street at gunpoint the other day is one way of dealing with the issue, it’s really a poor use of time,” he notes. “But what is helpful is thinking about and executing on the steps I can take to reduce my own risk, my family’s risk and my employees’ risk in Chicago given the brave new world we live in."

He continues: “My strategy starts with the data and letting everyone in my circle know that what they read in Crain’s Chicago or The Tribune is being censored and that the real crime numbers on HeyJackass and the narratives on CWB are what is really happening. Being prepared with data is the first line of defense. Without data that makes it real, only a small group of people will actually change their habits or behavior. My kids and millennial employees are the worst in this regard.”

“If you knew that armed robberies on the Brown and Red Line trains or stations were up more than 50 percent year-over-year on the Northside or that a bus driver was dragged from his seat on Michigan avenue, you might not take public transportation if you could afford to avoid it. If you knew that robberies involving firearms in Lincoln Park and Lakeview were up well over 100 percent this year, you might not leave your house on foot. And if you knew there would be roughly 1,800 carjackings or a 300 percent increase in the city last year compared to 2019, you might take extra caution to not check your phone at intersections and to always allow enough space between your bumper and the car in front to try to escape — or just take an Uber instead.”

“I spoke to a friend who recently moved from the city who had three different colleagues carjacked in Wicker Park and Bucktown on different occasions this year. Three different people. These are not just numbers, but three real people who live on the Northside who had guns pulled on them as they were asked to hand over their keys. It’s a warzone where we live.”

Besides making people aware of the data, his own tactics for reducing risk involve spending less time outside of his house, except to drive to a new second home (soon to be permanent residence) and telecommuting to the office “9 days out of 10.” His approach also includes being much more selective about dining out “given that restaurants in my own backyard in Roscoe Village are now stage sets for armed robberies of diners.” Even “valet parking in the West Loop on Randolph or Fulton” now comes with the risk of “being relieved of your vehicle at gunpoint” or “having it captured on video sneaking away from the valet.”

“While I wish I could say that the city is doing something about it, all the data suggests that out of the minority of assailants which are caught for these crimes, nearly everyone is let back out on the street immediately to do it again thanks to the ‘equitable’ approach to law and order that Lori Lightfoot and Kim Foxx have created. For me, the only option is to reduce my footprint for now, and eventually become a full-time resident of a safer suburb later this year after the school year is finished, which still will allow me access via the train when I need to come in and see clients.”‍

Armor up the family truckster‍

Other Chicago executives are here to stay. But they aren’t planning to blow whistles at assailants to stop crime, as Northside Democratic Alderwoman Michele Smith recommends to her constituents as one tactic to take a bite out of crime. One of Smith’s neighbors in the formerly tony Lincoln Park neighborhood who drives his kids to school and commutes downtown to work, placed an order for a fully armored GM Denali Yukon. The truck includes armoring capable of stopping the type of AK-47 and AR-15 rifle caliber weapons fire that is becoming more commonplace with Chicago gangs, along with “a loudspeaker to yell at your assailants while shining lights on them and blasting a siren to further taunt your attackers until they realize they’ve messed with the wrong soccer dad,” a friend of the purchaser of the four ton truck suggests.

Another Lincoln Park resident looked into getting his BMW armored (total bill for basic ballistic armoring: $25K-$75K+ depending on glass only or full protection) while interlopers are living vicariously through their friends by following online auctions for such vehicles. Says one Lakeview technology entrepreneur: “A colleague recently texted me a 2019 armored Cadillac Escalade on Bring a Trailer that did not meet its reserve price even at $170K. He said ‘happy to let it go’ as the lightweight armor is probably not thick enough to defeat what Chicago’s carjackers are now using when they bring back-up.”‍

Contrarian observes that even the lightweight armoring strategy may be quite effective to deter the majority of youthful carjackers who primarily carry pistol caliber weapons according to police reports. But the rub is that you can’t drive around the city all day and night — eventually you need to open the door.

Most people who moved to Chicago’s Northside who were not raised around firearms or served in the military or law enforcement would never consider buying a gun to defend themselves. But increasingly, more Northside residents are applying for FOID cards -- which allows a gun in the home -- and even concealed carry licenses (CCLs) which allow them to carry a handgun on their person.

“I had never thought about owning a gun, let alone carrying a handgun,” says a Northside woman who has previously worked in the consulting industry and has served on the management team at multiple Chicago area businesses. “But I have my CCL now and carry a sub-compact semi-automatic pistol wherever it is permitted.”

She is adamant about safety: “After removing it from a locked safe near my bed, I place it in a handbag with a holster designed specifically for female business executives during the day, and I have a smaller holster handbag for the evening, before once again safely locking it away when I return. You would never know, as they look like designer bags. It is the only way I feel even partially safe walking out to my garage, heading to the office or going out with friends.”

“I was an ‘early adopter’ and got my certification during the early stages of the pandemic as crime started popping out on my supposedly luxury block on the Northside. To get my CCL, I worked with a private trainer who came to my house for multiple sessions to teach me everything, given I had never owned let alone handled a gun before. He taught me the basics of not only firearm safety, but how to evade and get out of real-life situations which is the only reason to carry. He then took me to a range that felt like a nice golf club in Lake Forest to apply everything I learned over the many sessions at home. Then finally, after a near four-month wait, my FOID and CCL arrived in the mail.”

“My friends thought I was crazy for doing this at the time, but more recently, one who knows my secret recently shared this CCL training Groupon with me, so maybe getting training and a license is going a bit more mainstream among Chicago women who fear for their lives and want to protect their families.”

In Escape From New York, Snake Plissken is offered his freedom from the government if he gets the president off of the island. While Northside business leaders have always had the option to escape from Chicago — as an increasing number of those who can appear to be doing so  — one irony is not lost on the executive who recommended that Contrarian readers watch the old flick for a “good laugh or cry.”

He wraps our email interview by suggesting, “In contrast to John Carpenter’s dystopian portrait of New York as one big penal colony led by the criminal kingpin, The Duke of New York, under Lori Lightfoot and Kim Foxx, The Duke and Duchess of Chicago, we are the ones in jail in our own city. Flipping the narrative of the movie to progressive-led Chicago, it’s the criminals who are now the victims because of systemic racism, and hence are not discouraged to stop their nefarious activities.”

“At the end of Escape From New York, The Duke gets what is coming to him and the President escapes. Where’s Snake and a Hollywood ending when we need it most?” he questions.