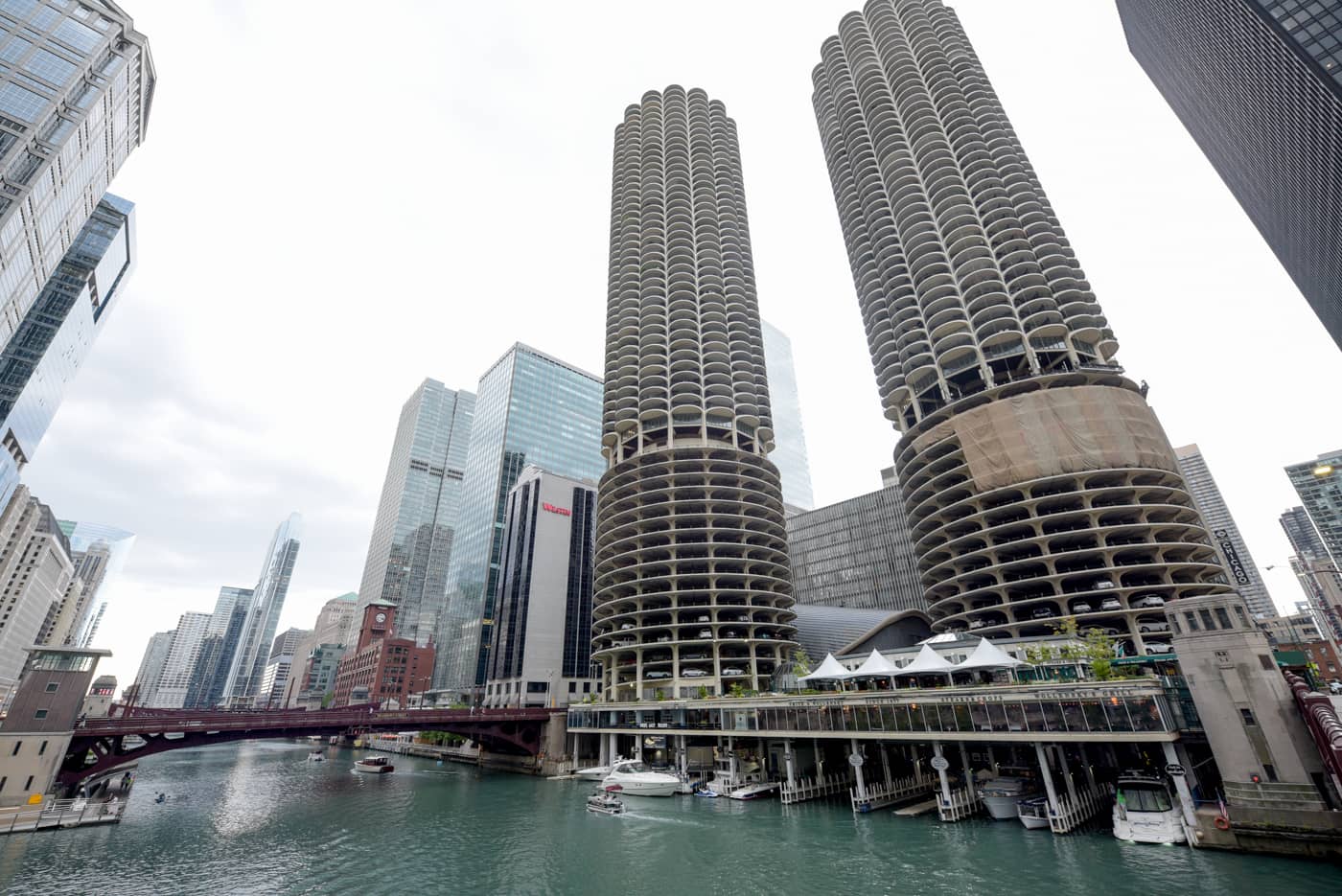 Families and retirees are leaving Chicago with empty, unlisted homes behind

In interviews with local real estate agents and homeowners, Contrarian has learned that Chicago might be in the early stages of a slow motion residential real estate crash, as a growing number of people are leaving the city, but not yet putting their homes on the market.

Some are making their secondary homes, outside of Chicago, and in many cases outside of the state of Illinois, their primary homes. Others are buying new properties outside of the city and state for the first time; and moving, with no immediate intention of returning. But both groups have one thing in common: They are leaving their Chicago and Illinois homes empty and are not yet putting them on the market.

With their primary homes “ghosted,” the real question is whether this is a start of a trend, or just an anecdotal blip. Early indications suggest that the ghosting exodus from Chicago has already begun, and the next big wave of ghost homes will come over the winter (for retirees) and after this school year (for families).

The first is that “ghost homes” are already becoming somewhat commonplace in the Gold Coast and River North neighborhoods (and starting to appear in Lincoln Park and Lakeview). Multiple real estate agents shared this information with Chicago Contrarian. In the case of Gold Coast and River North homes, precisely where the city has already fallen to crime, residents have largely moved to second homes in warmer climates such as Florida. The second trend involves families and individuals who have already exited the city and have begun converting their primary city homes to investment properties. They will (in future years) or have already foregone the homestead exemption, to create the optionality for tax loss harvesting in the future when they sell at what they expect to be a material loss.

‍To qualify for a potential tax write off from the sale of a ghost home only requires a recent appraisal (which sets the investment property cost basis) and actively seeking to find a renter before the time prior to sale. The home does not even need to be rented.

To gain an understanding of the size and magnitude of the situation, consider the following: If just two families per one city block ghost their homes, which already happened in one block in West Lakeview, according to sources interviewed by Contrarian, the city stands to lose potentially thousands of families and home owners. Contrarian has spoken with multiple Northside families who are following this strategy.

But of course, it’s the multiplier effect of these losses that the city (and possibly the state) would lose including income tax, sales tax and all of the economic activity generated by a single household.

Who might move in during the interim or permanently? Young families (as renters or buyers) and institutional investors (as buyers) might take advantage of the opportunity, but not if crime continues unabated. In addition, builders and investors might find the real estate attractive and hold onto the property until the city can get a handle on crime. Or houses could remain empty. One family with a ghosted home in East Lakeview suggests there is significant competition to attract high-end renters, and has had to drop their rental asking price to well below their actual carrying costs to even get showings. Others are giving up and just leaving their homes.‍

If even a few hundred retirees and families on the northside with ghosted homes end up selling their properties below market when they can enjoy the tax benefits of such a move, the residential real estate market will be in for a moderate correction during 2023 and 2024 as a glut of “loss making” houses comes onto the market. And if the ghosting trend accelerates over the next 12 months, it could spell “major correction” for the expensive, north-side residential real estate market in Chicago in the years to come.

One residential real estate agent, who works primarily in the northside of the city, recently commented:

“I see lots of ghosting of homes going on albeit with many layered reasons – holding onto primary to secondary investment home status, renting and hoping to sell at a later date, along with holding onto property for other family members, as well as some Air BnB’ing if allowed. But there is still high demand in certain markets, e.g., Wicker Park. Though we are seeing some shifts in terms of where kids are going to school from public (CPS to private).”

A recent article in Chicago Agent Magazine suggests an increase in housing inventory appears imminent. Although much of that new inventory will come from people selling existing homes (39.7 percent), 8.6 percent of new inventory will come from “existing homeowners listing their second homes for sale.” Where homes that were primary but now have shifted to becoming investment properties fits into this analysis remains unclear.‍

Contrarian spoke with several families who pulled their kids from Chicago, Wilmette and Naperville schools in favor of relocating to second homes in NW Indiana and SW Michigan. One parent even suggested their child’s new school seems more challenging academically.

‍“What was shocking to me was that we thought we’d be taking a step down academically moving to NW Indiana, but actually my son was behind the Indiana kids in both math and reading,” the recently relocated parent said.

La Lumiere reached capacity this year and has a waiting list. Moreover, the pipeline of candidates for 2022 admissions is “twice the size” of the previous year, according to one source. “Very quickly the top NW Indiana schools could become more selective than Chicago private schools based on finite capacity,” says the source.

But perhaps the biggest shocker involves the tuition price tag differential between Chicago and Indiana, “private school tuitions in Chicago range from $25,000-$40,000 and parents relocating will be happily surprised to see the lower $7,500 - $20,000 price tag without sacrificing the student teacher ratio, and often with financial aid available for those that need it.”

When asked why parents decided to make the move to NW Indiana, several suggested that distance learning simply did not work for their children and admitted that they had looked for schools with the “greatest likelihood of returning to in-person learning.”

In addition, rising crime has become an increasing concern. Some parents had direct brushes with crime, while others had neighbors who were robbed at gunpoint, had witnessed violent crime or had their children’s personal property stolen. Violent crime continues to worsen throughout the city. Two recent mass shootings, one at the intersection of Grand-Milwaukee-Halsted in River West and the other a mile-long shootout on Irving Park Road only one week apart, combined with a 650 percent increase in carjackings between October of 2019 and 2021, have started to give everyone pause.

The other reason people will leave Illinois for places like NW Indiana involve home prices and property taxes, both of which are generally much lower than in Illinois, despite one community in Gary Indiana’s Miller Beach neighborhood boasting it’s first +$1m home sale this past summer. “My property taxes in lakefront Indiana for similar square footage were 15 percent of Chicago’s,” one Chicago “ghost homeowner” observes.

Another family interviewed for this story who previously lived in the Southport Corridor had a junior who attended a CPS Select Enrollment high school and decided to purchase a second home because the student had only attended in person school for a little more than one semester. In addition, the family, with two other younger children, felt “hostage” by the crime wave overtaking the city as well as frustrated by the state’s and city’s lockdown measures used as scare tactics to keep families in a state of fear.

Yet another family from Naperville expressed similar disdain and acknowledged that certain kids fared well via distance learning but many simply did not. The family also moved to their second home and pulled their child out of a Naperville public high school for one of the private high schools in NW Indiana.

Both families have “ghost homes” left in Chicago and Naperville respectively serving as storage lockers for the current time (neither are even listed yet on the market for rent).

‍According to realtors, although today’s real estate market may have softened since the Spring, homes continue to move quickly if priced correctly. But the question remains what will happen when ghost homes hit the market with owners having no incentive to sell high given their ability to write-off any loss on their taxes?

“A few homes in a Chicago neighborhood selling for 25-30 percent below the market in the coming years could shift the market entirely,” an entrepreneur and investor with growing property interests in NW Indiana, along with a ghost home in Chicago, observes.

“A rising number of listings combined with investment property tax loss harvesting could spell serious bear territory for Chicago home pricing on the Northside between 2023-2025. Without significant reform in terms of reduced crime, improved schools, and lower taxes, Chicago, as well as Illinois, may have to wait a generation to stem the outward migration tide and see residential prices return, at least in inflation adjusted terms. I wish there was a financial instrument for non-Wall Street guys to ride the upscale Northside residential market down.”

“The Big Northside Short is sadly coming,” he concludes.